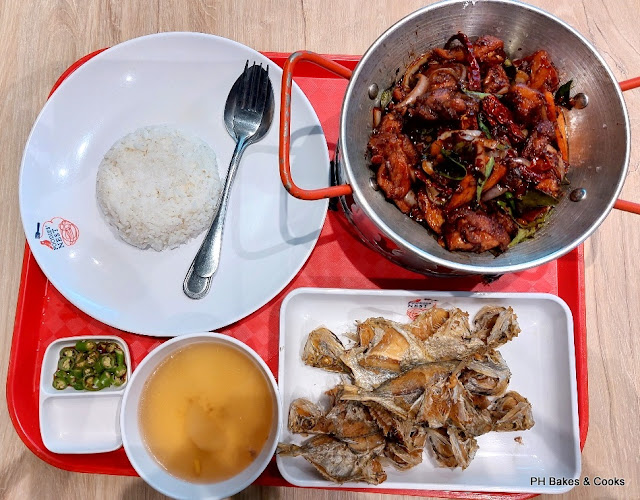 I went to Hotpot1 @ The Starling because I was thinking of the Chaipu Chicken, which I loved and had not had in a long long time. 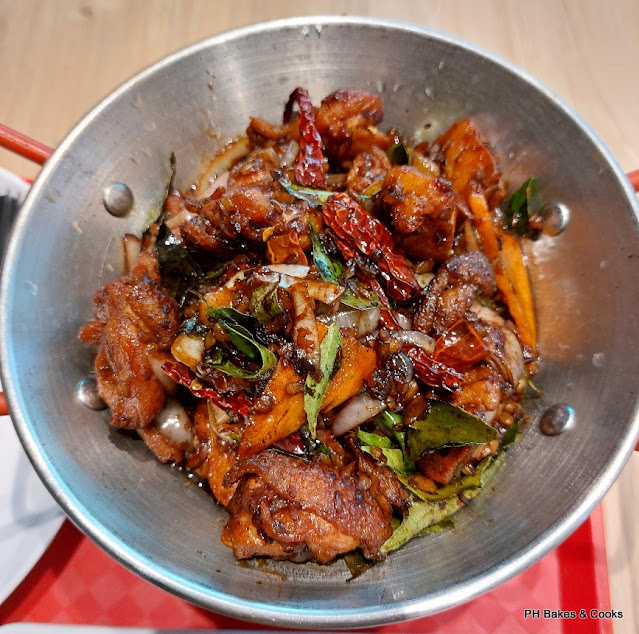 It was still as good as ever. Very fragrant and aromatic from the dried chilies and curry leaves. I added an order for these small fried fish. They were fried until very crispy. 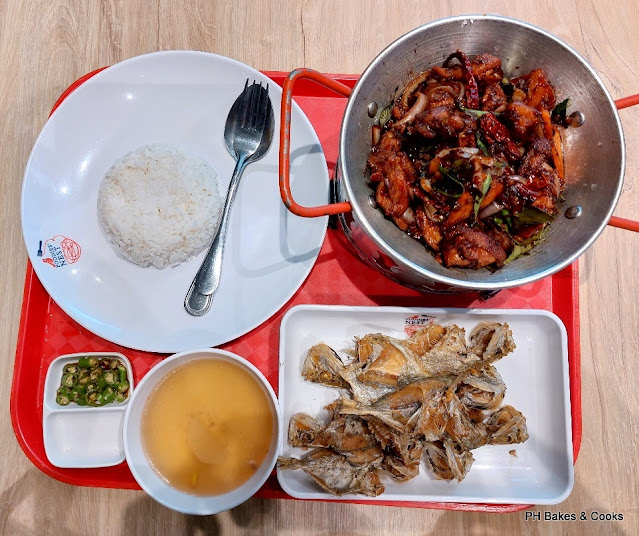 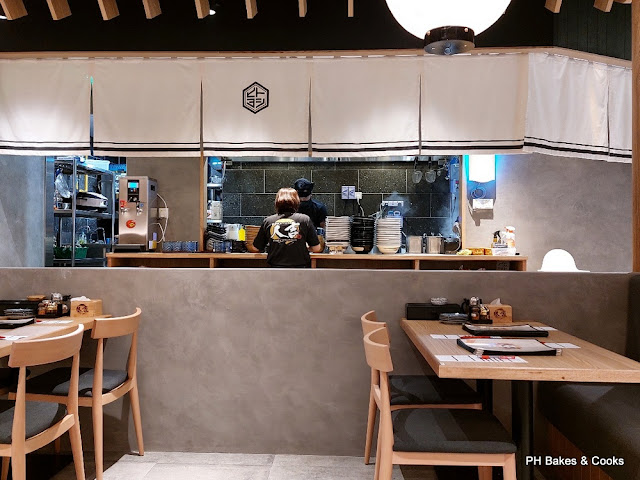 I found myself at Ramen Hitoyosh @ The Starling again. 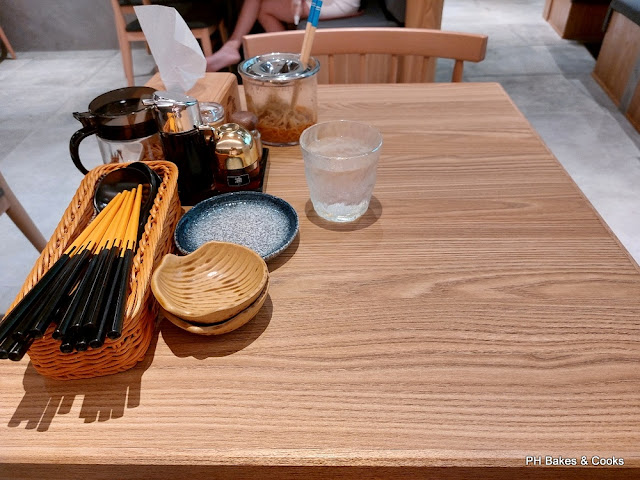 The table is too small. If there are two of you, better go for the four seater especially if you are ordering sides and drinks. 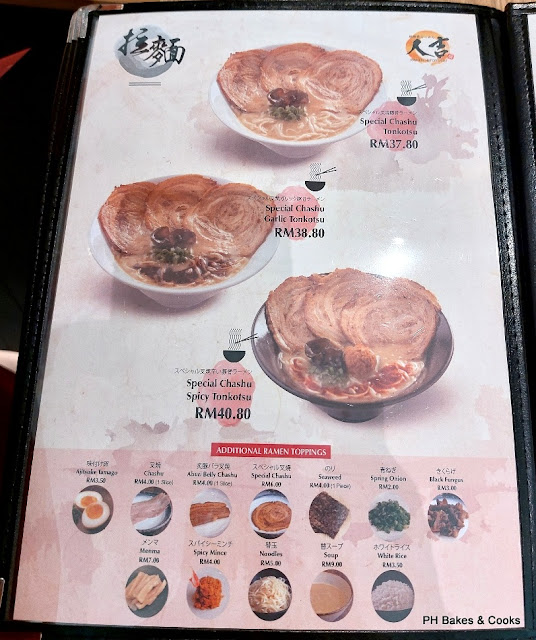 This time I ordered the Special Chasu Garlic Tonkotsu. The (ah soh) server went through my order with me and she said "char siew" hah..hah... I chose "light taste" for the broth just to see the difference. 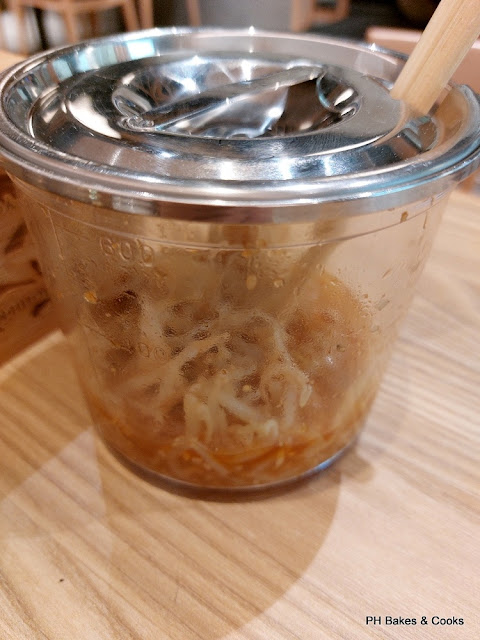 There was an extra condiment on the table. I had no idea what it was, I guessed pickles (my eyesight is very poor). As I was waiting for my order, a Japanese gentleman took the table beside me. How do I know he is Japanese? Well one of the staff spoke to him in Japanese.
So I better be careful and not be so jakun while eating my ramen. I noticed that he took generous servings of the condiment that I was curious about. So I did likewise. Monkey see monkey do. 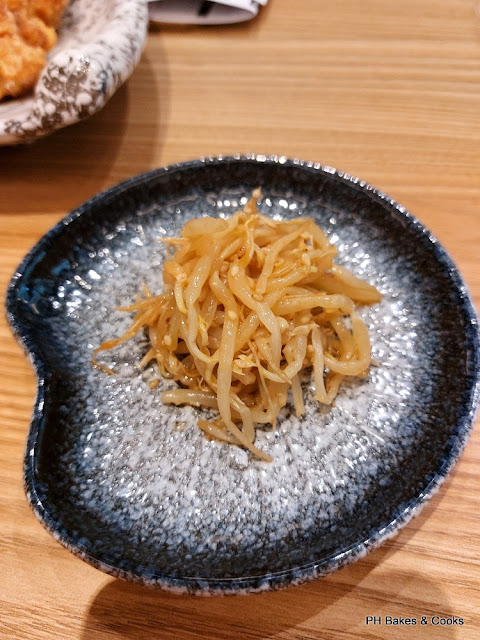 Oh... taugeh lah! It was marinated bean sprouts which was rather tasty. I had two servings. I have a cousin who is a taugeh maniac. When we were small, I hated taugeh while he lapped it up when grandma served it for lunch. I bet if he were here, he would wallop the entire container of taugeh. 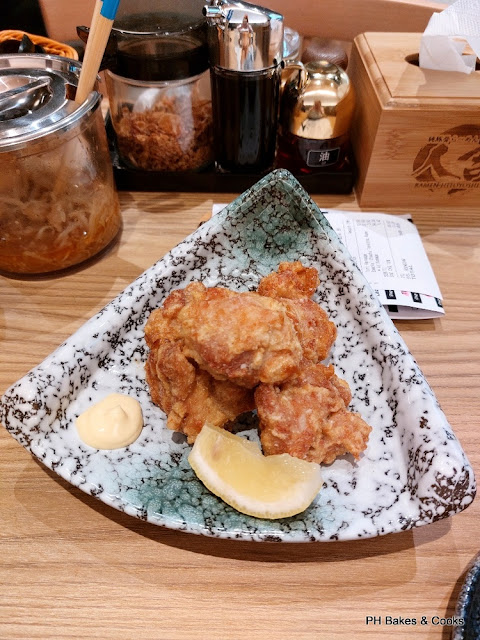 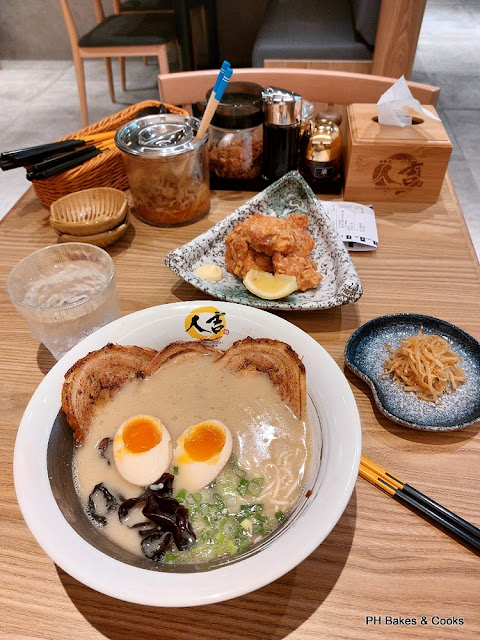 There you go. By this time, the server helped me shift the condiments etc to the other end of the table to create more space. 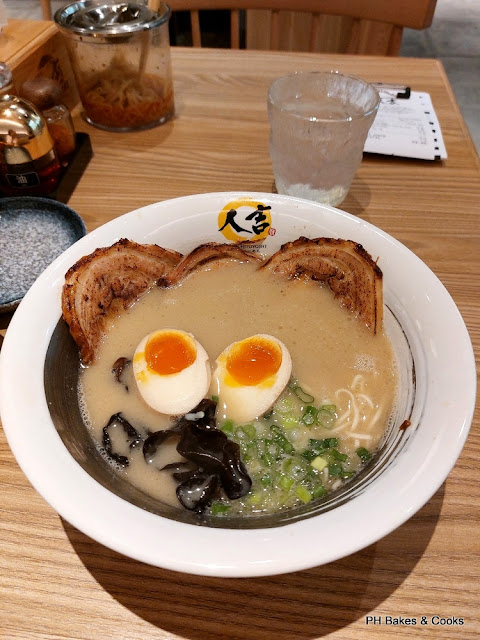 The presentation is not as good as the first ramen I had. I tried the broth first and yes, it was good, not as salty as the first one. In terms of the strength of the broth, I did not taste much difference, just the salt level. 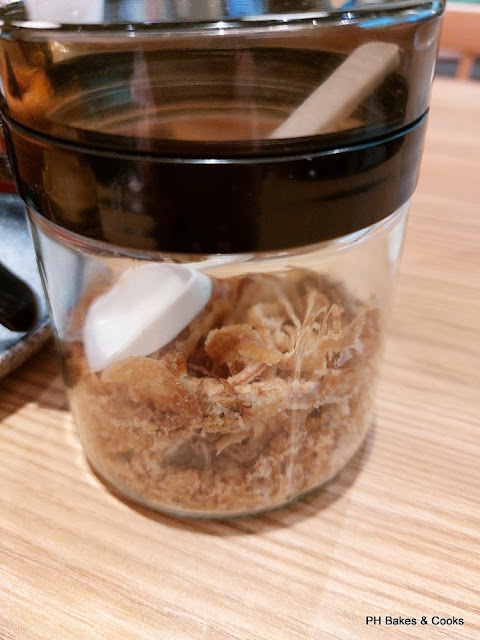 I decided to apply these crispy fried onions. 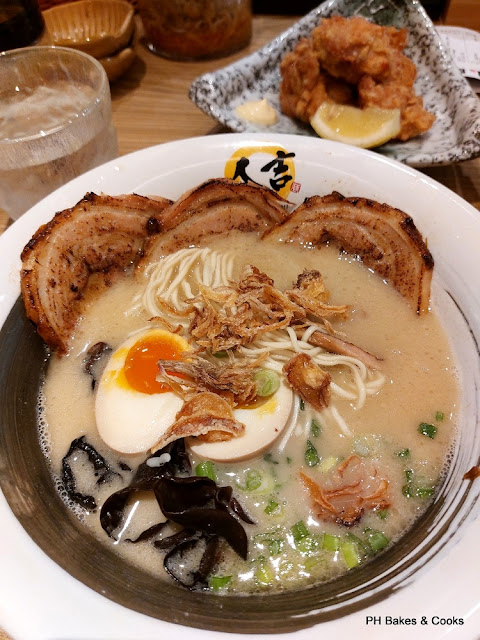 I am afraid they were not any good. I suspect these are store bought and not made in house. They were crispy but unfortunately tasteless. Once they hit the broth they become soggy and tough, like wet cardboard. So no, no more of that for me. 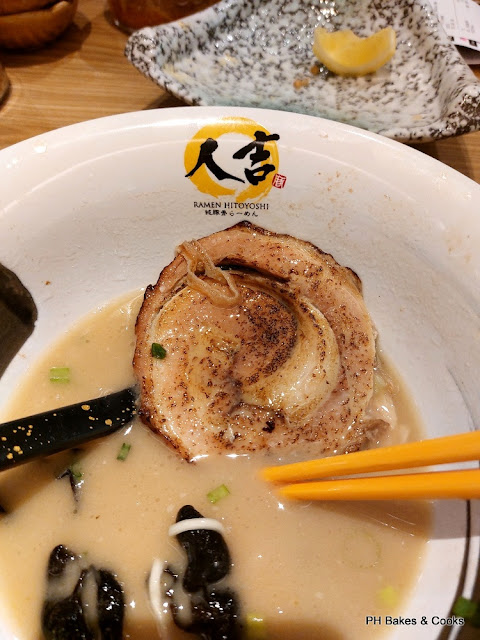 Overall, it was a good bowl of ramen. I drank all the broth and you bet that Ramen Hitoyoshi will be on the list of my once in a while non-carnivore makan destinations.
Posted by PH at 09:10