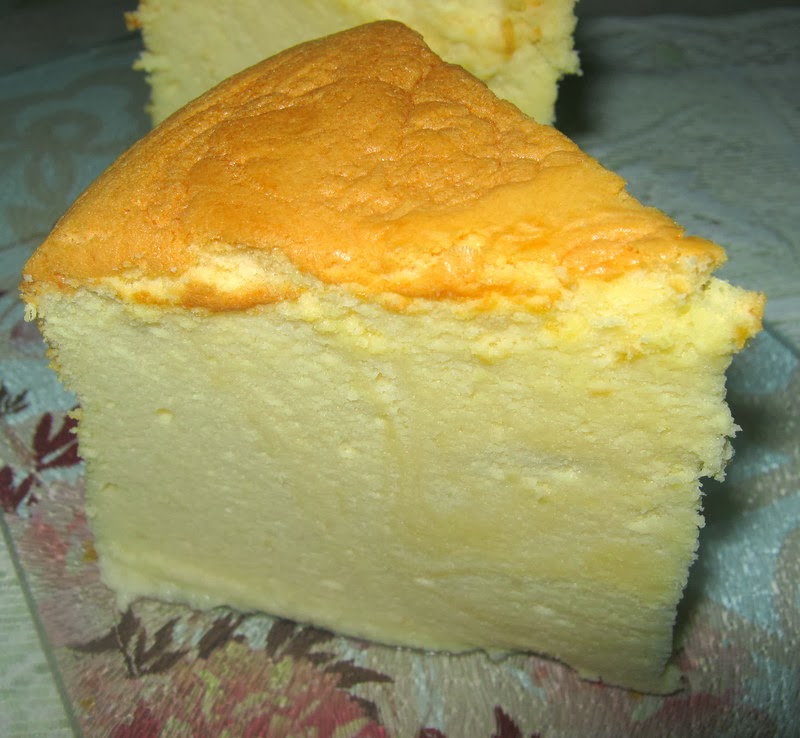 My quest for the perfect Cotton Soft Japanese Cheesecake continues with some slight improvement. Behold my latest attempt, cracks, wrinkles and all. But notice that my cake is nice and tall with nice straight sides and minimal shrinkage. I don't know what happened that day but my egg whites were really puffy and beat up to super maximum volume. 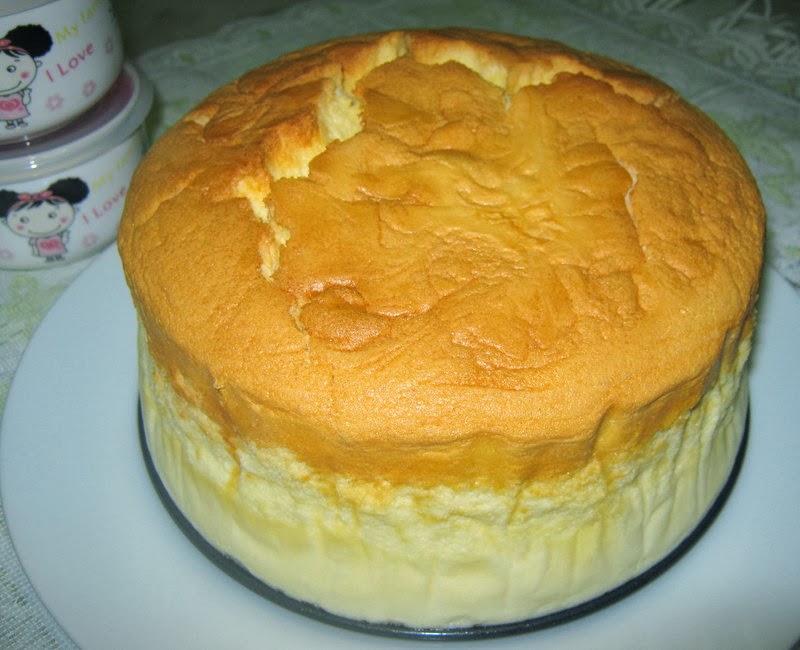 I was super calm for some unknown reason (my heart rate and blood pressure normally escalates when I bake this cake) and I took some matters into my own hands. I tweaked the recipe all because the Tatura cream cheese I bought was a promotional pack which came with 20g extra. That means instead of 250g, I was working with 270g cream cheese. 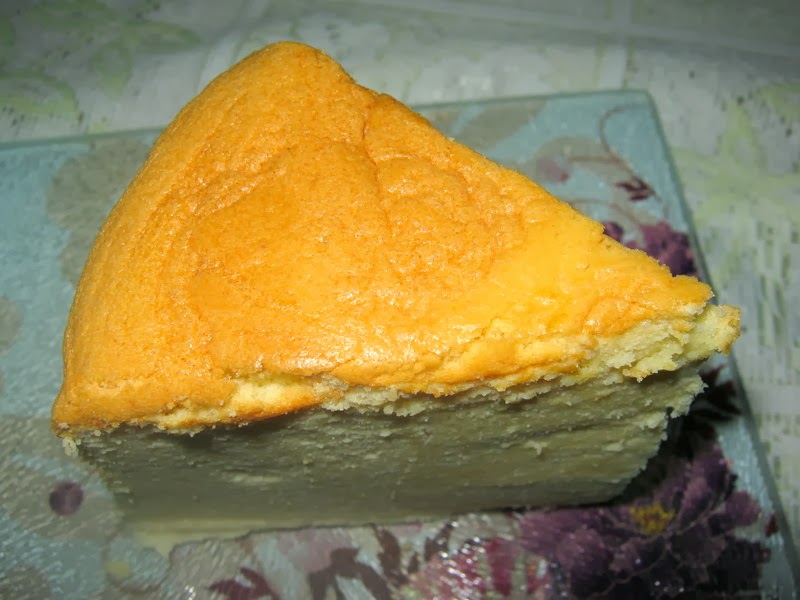 From what I read in The Kitchen Tigress' post and video on Cotton Soft Japanese Souffle Cheesecake, too much cream cheese causes the cake to be dense and wet. She has adapted the original recipe and cut down the cheese from 250 grams to 140 grams, thus making it lighter. But I don't want to do that because I want to use up the whole package of cheese and not end up having to stash the remainder in the fridge. What I did was increase the amount of flour and milk. And this time round, I behaved myself and used a proper waterbath. 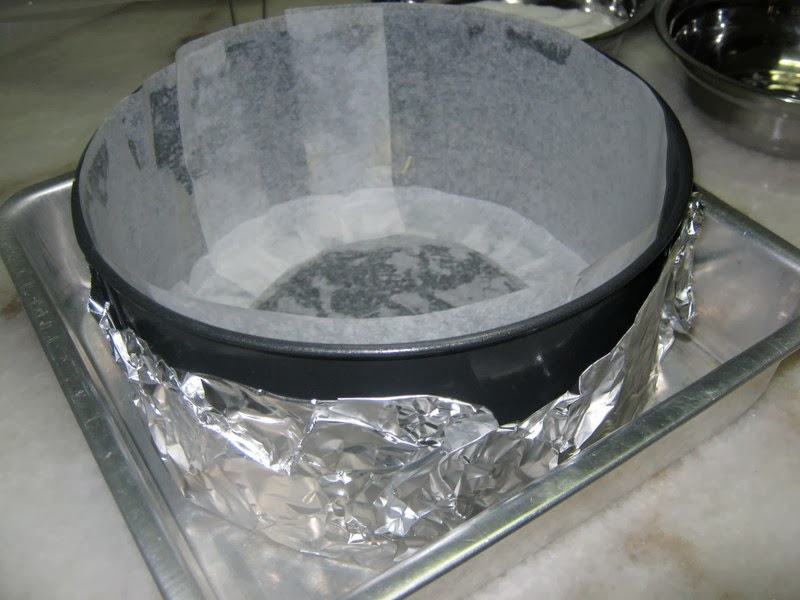 I used an 8" pan with removable bottom and high sides. I buttered the interior and lined it with baking paper. I also wrapped the bottom of the pan to prevent water from seeping into the pan. A springform pan is the most ideal but mine was rusty and I haven't bought a replacement yet. I then placed the pan into a 9" square pan.

After pouring the batter into the pan, I poured boiling water into the square pan and popped it into the oven. Then it was fingers crossed and as usual, I ran to the oven and peeped at the batter every 10 minutes to see if it would rise. It did rise very high and of course I was happy. But not so happy when I noticed cracks starting to form. After the cake was baked, I left it in the oven for 15 minutes (door closed) and after that I left the door ajar for 20 minutes. My cake came out looking like this :

Upon unmoulding the cake (about 30 minutes after I took it out of the oven), I was very pleased as there was minimal shrinkage and my cake did not collapse. I think the additional flour gave the cake better structure and made the cake more stable. 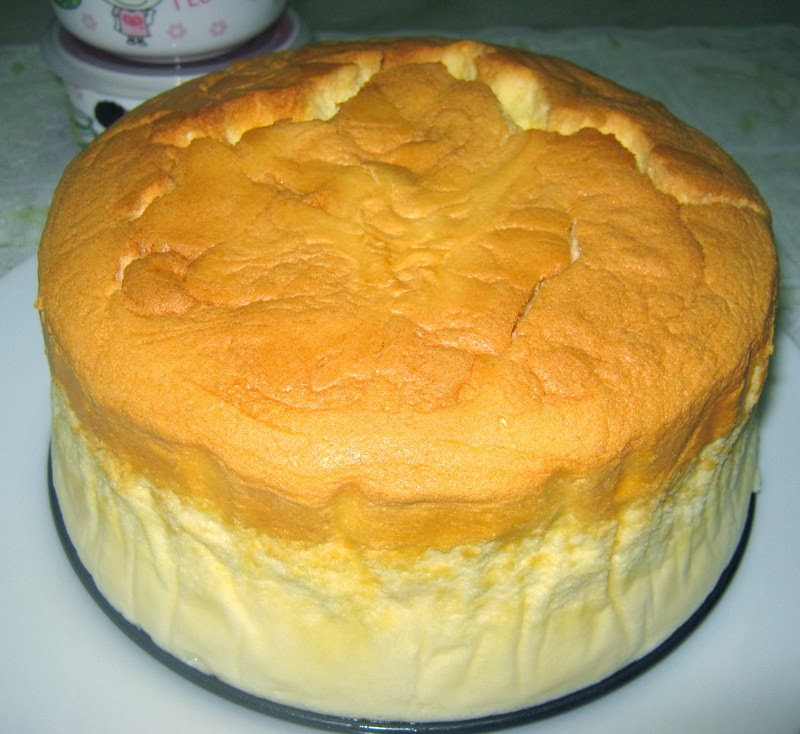 But there was a technical problem. Water got in between the aluminum foil and the pan (from condensation), hence the bottom of my cake was wet. If I had used a springform pan, this would not have happened. I had to place slices of the cake on kitchen towels to soak up the water.

The texture of the cake was good. Moist and light. And the top of the cake was dry and not wet like my previous attempts. From the photo above, it is apparent that I could have done a better job folding the two batters. I will keep that in mind on my next bake. 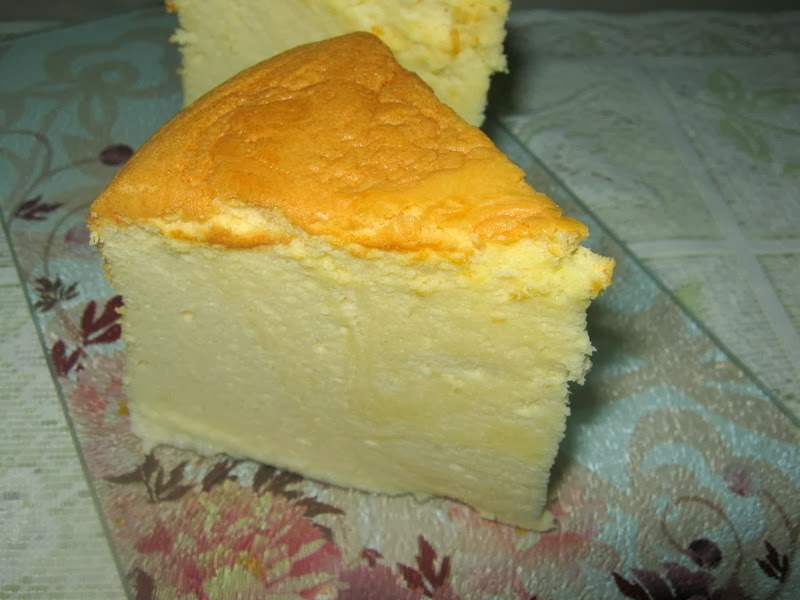 So there is hope for me after all and I have a feeling that I will make more improvements in my next attempt. The recipe below is what I used and I will be testing it again sometime soon.

Meanwhile, I am taking another break for the Chinese New Year. Let me wish you Keong Hee Huat Chye/Gong Xi Fa Cai and see you soon! 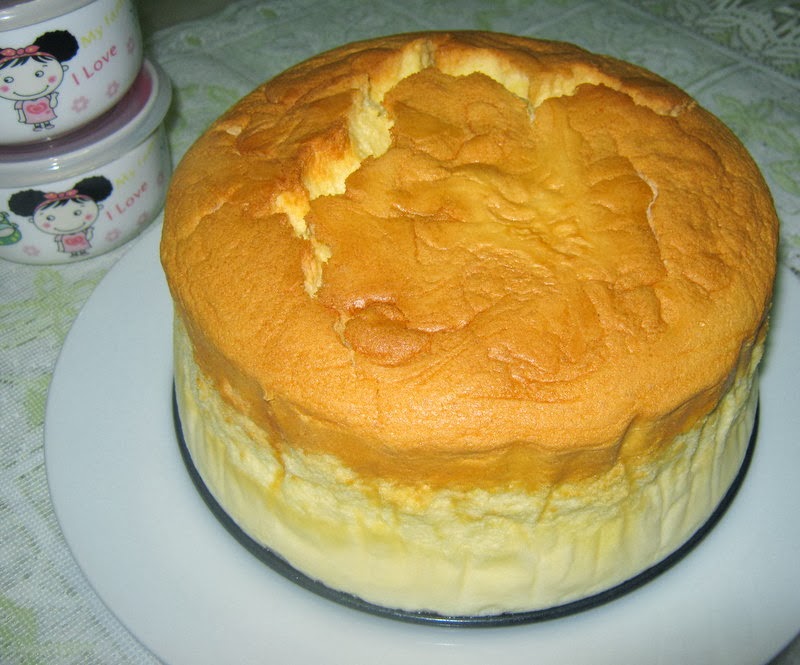 1. Melt cream cheese, butter and milk over a double boiler.
2. Cool the mixture and fold in egg yolks, flour, cornflour and mix well. Strain mixture to remove lumps.
3. Add cream of tartar to the egg whites and whisk until foamy.  Gradually add sugar and continue to whisk until stiff peaks.
4. Take 1/3 of the egg white mixture and fold into the strained egg yolk mixture to lighten it.
5. Then add the egg yolk mixture into the egg white mixture and mix well.
6. Bake the cake in a water bath for 1 hour and 20 minutes at 140C.
7. When the cake is done, leave it in the oven for 15 minutes and thereafter leave the door ajar for 20 minutes.
8. Remove the cake from the oven and cool for 30 minutes before removing it from the pan and peeling off the baking paper. 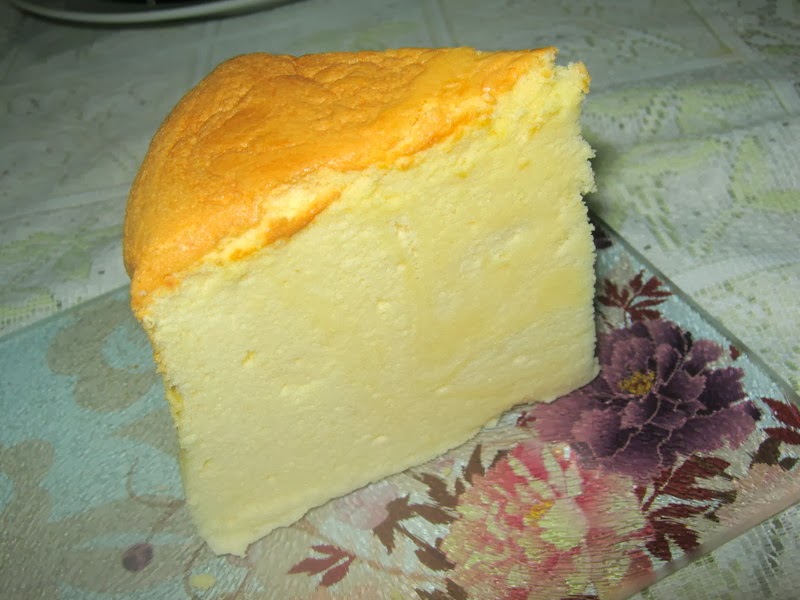