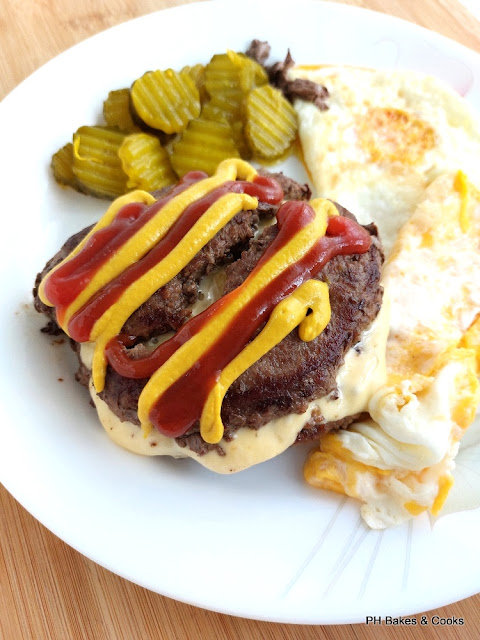 Today's lunch is an omelette made with three eggs and two leftover sausages. 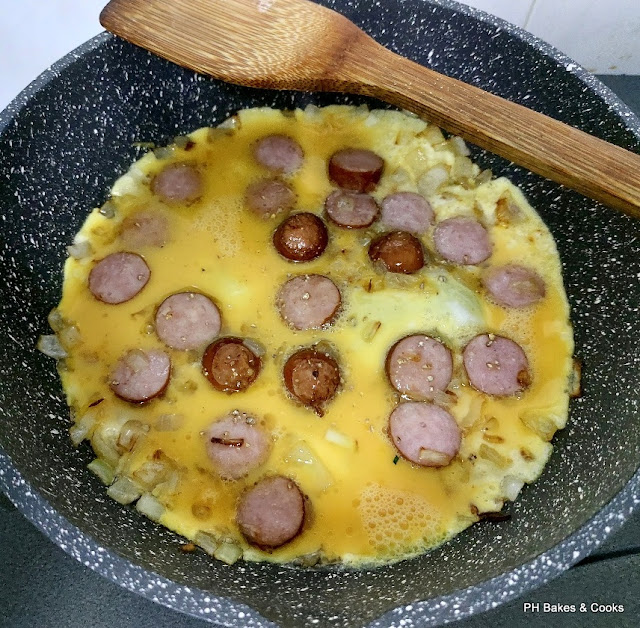 No seasoning required except for pepper because the sausages were salty enough. 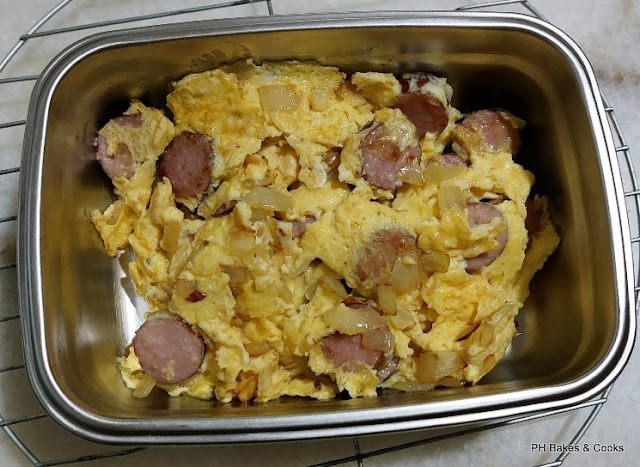 I ate lunch early, around 11:00am. Then at around 2:00pm I felt hungry. But no, I did not pop out of the office to look for things to eat. I was too lazy and I was afraid I would be tempted to eat you-know-what.
A few days ago, I went on my walkabout. 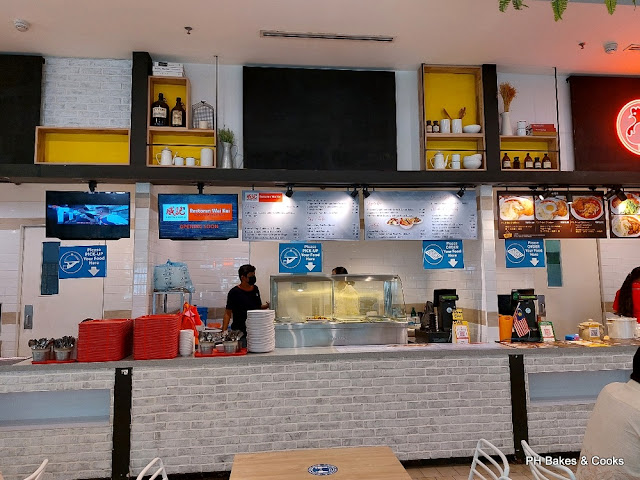 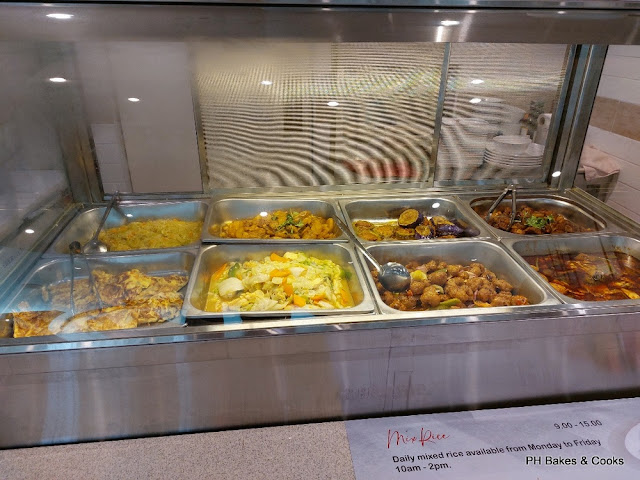 I think they also have noodles and some other dishes as well.
Elsewhere at The Starling food court, it looks like COOOK has called it a day. 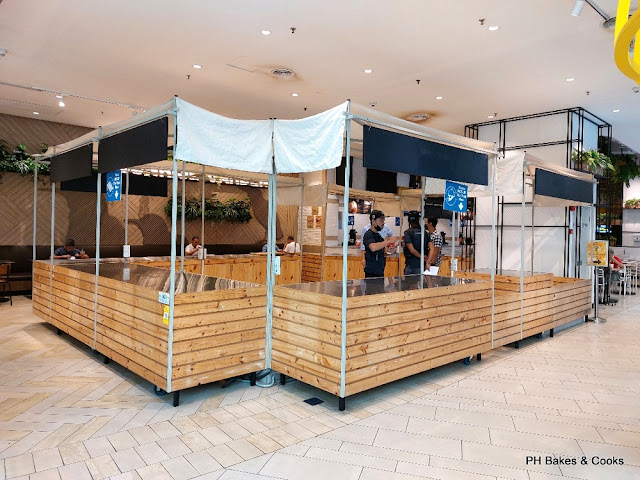 The booth has since been dismantled and the space is now occupied by tables and chairs. Another one bites the dust. Haiz! 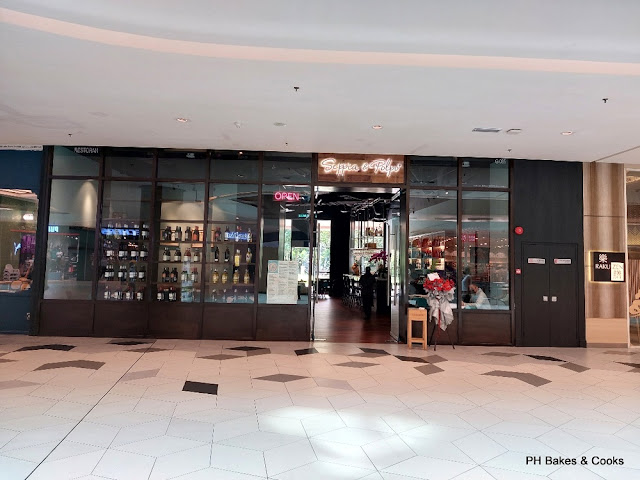 Downstairs, the Mediterranean restaurant, Seppia & Polpo has opened for business. 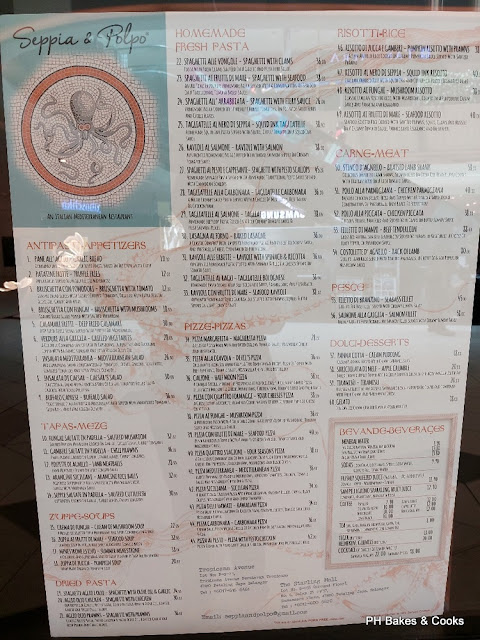 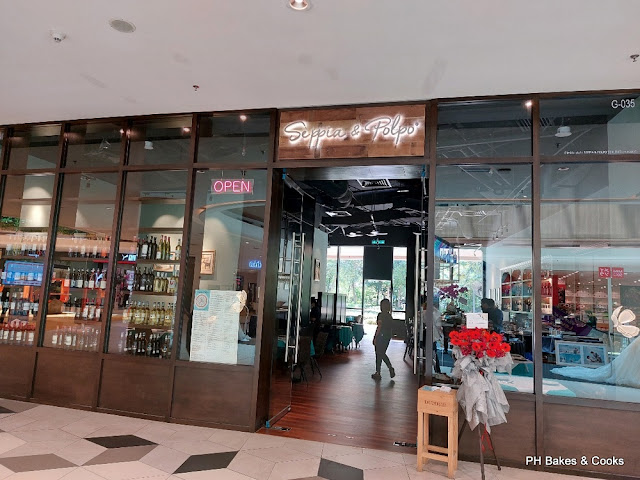 I also snapped the menu in case anyone is interested. 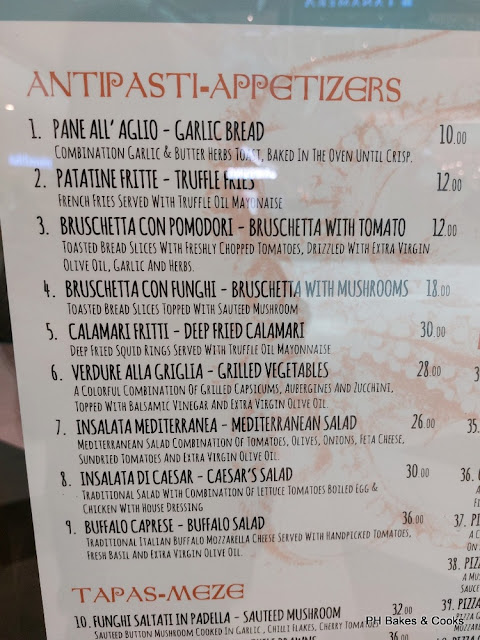 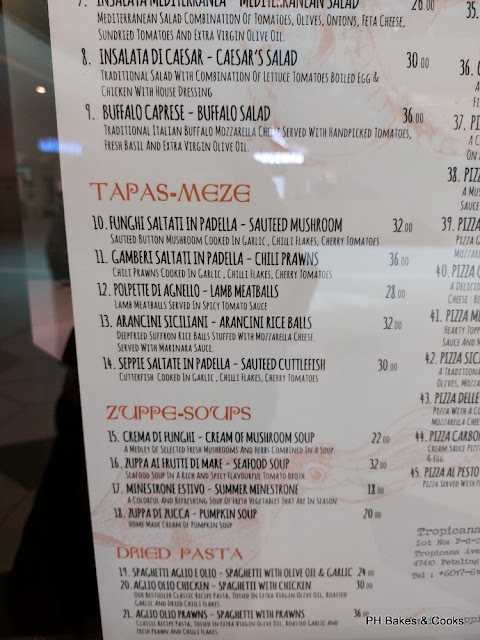 They also have tapas, soups and pastas. 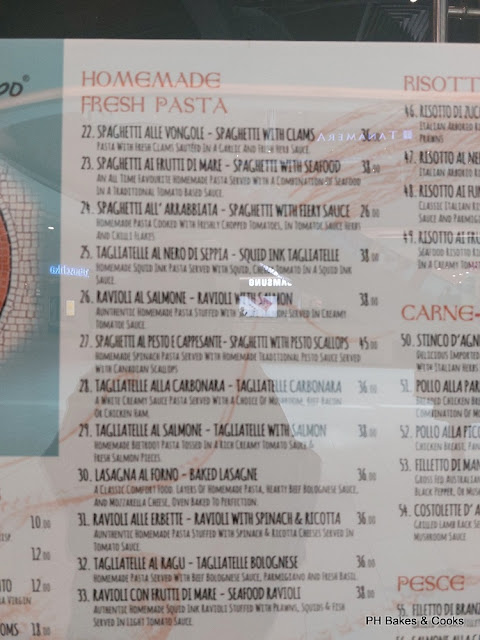 Sorry this is blur. 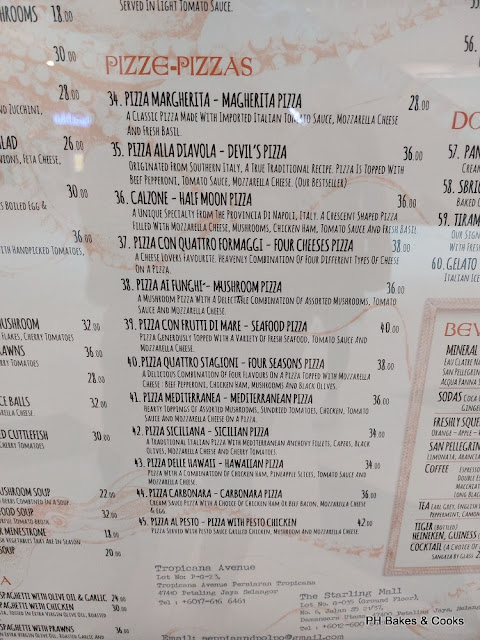 There is a whole bunch of pizzas too. 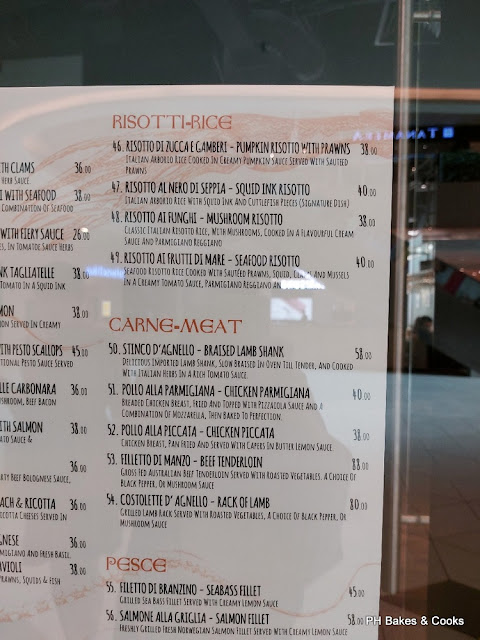 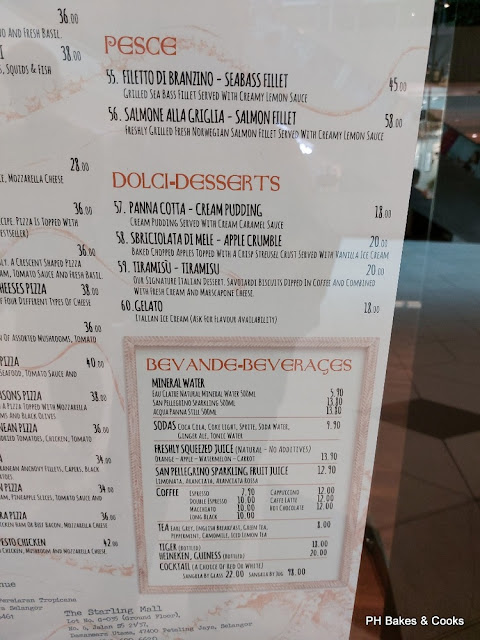 The only thing interesting is the desserts heh..heh... I doubt if I would drop in here. 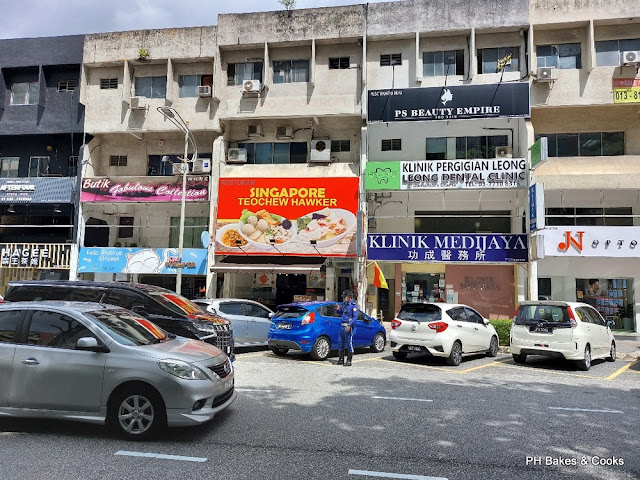 Outside, this new restaurant - Singapore Teowchew Hawker has opened for a few months already. 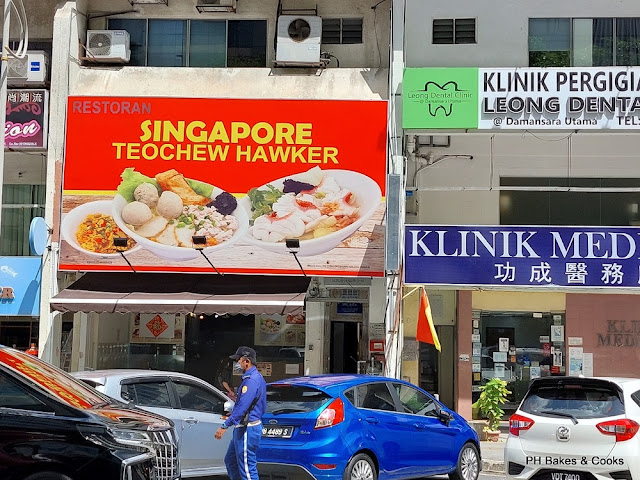 I won't know if it is any good.
Now dinner. 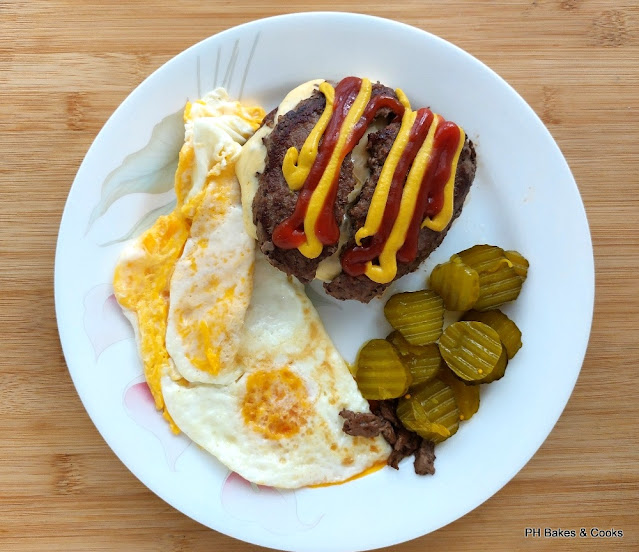 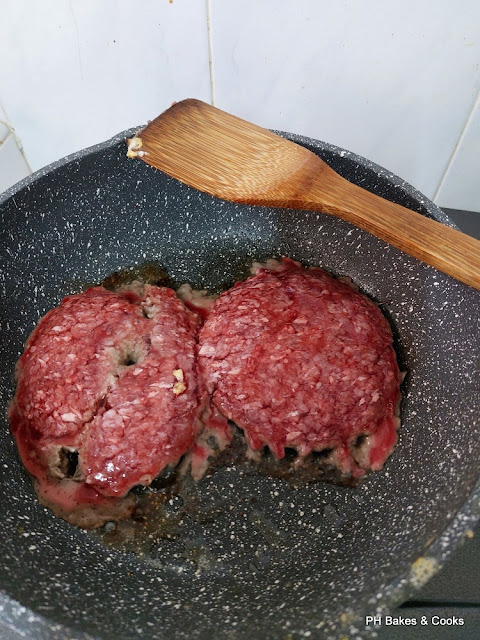 I was careless when removing the burger patties from the packaging and one of them broke into two. 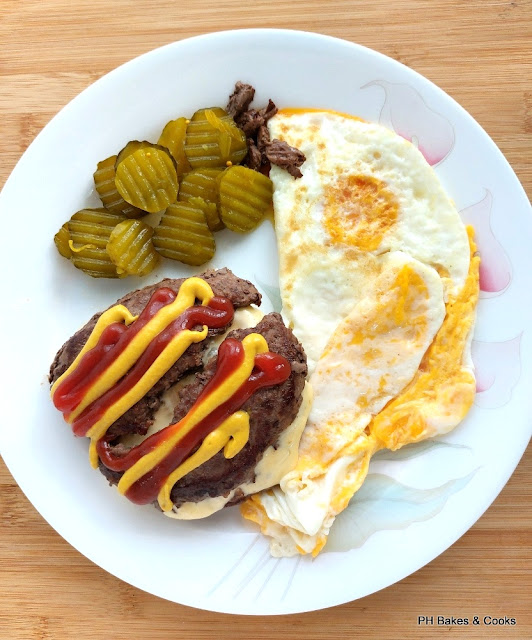 I placed a piece of cheddar cheese on one patty and stacked the broken one on top of it. As you can see, my 3 eggs are over fried hah..hah...
I enjoyed my dinner as the pickles, mustard and ketchup made my meal much more exciting. Carnivore can be quite dull. 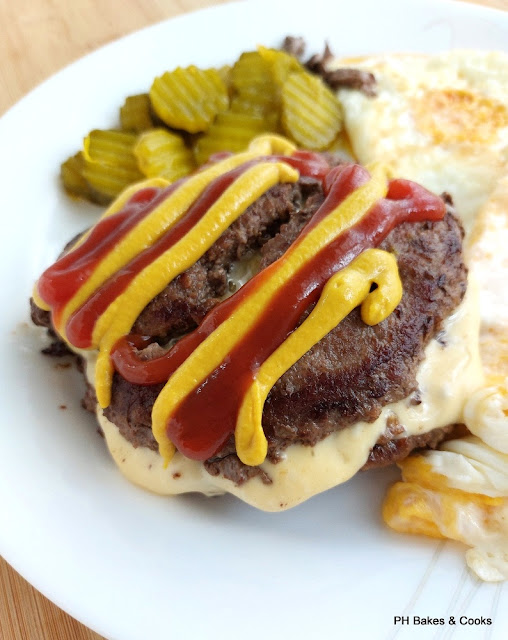