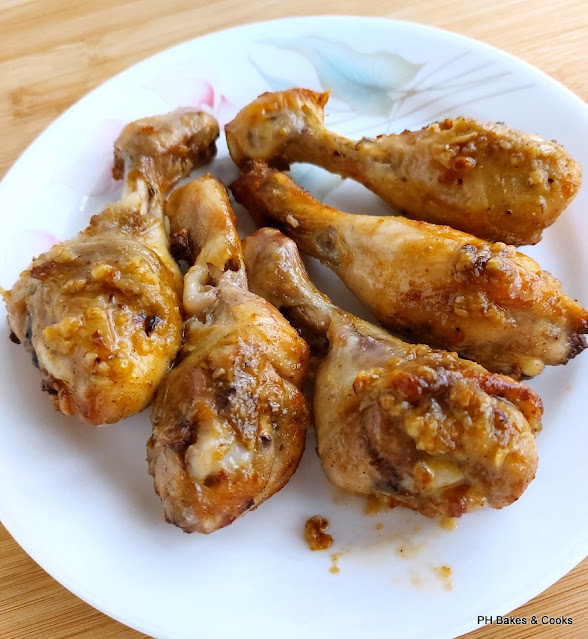 Today it is exactly two weeks since I started the 30 Day Carnivore Challenge woot! woot!
You must be wondering how I am feeling with all that protein circulating in my system hah..hah... Well, I will tell all at the end of 30 days. I don't want to put anything up as of now to avoid soliciting misguided remarks, conclusions or generate undue concern.
For lunch today, I cooked some Korean style BBQ pork belly. 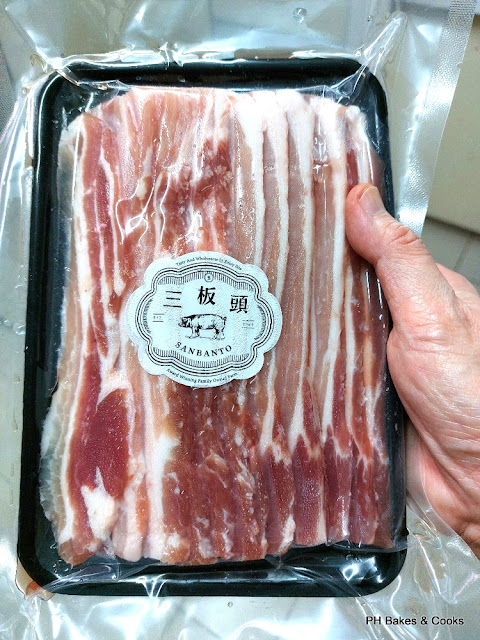 This batch that I bought from Sanbanto has adequate fat content. Even then, I had to put in a request for fatty meat. The previous batch was so lean that it was not pleasant to eat at all - so dry! Pork belly without fat, where got meaning, eh? 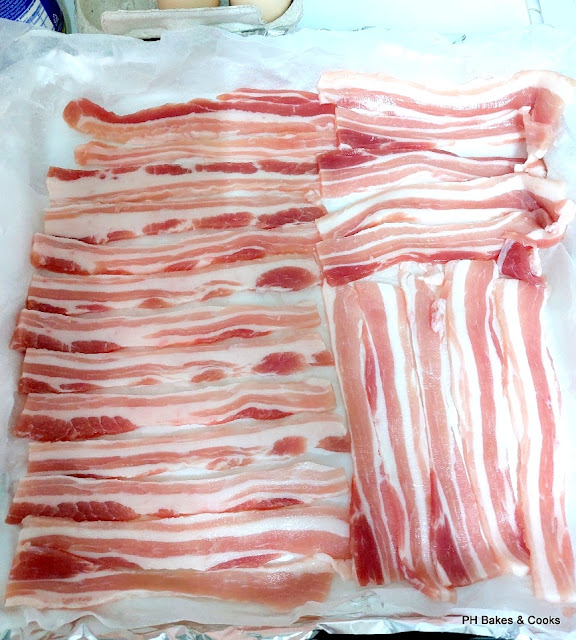 I have seen on Youtube how thinly sliced pork belly is cooked in the oven. It is so convenient to dump stuff in the oven. 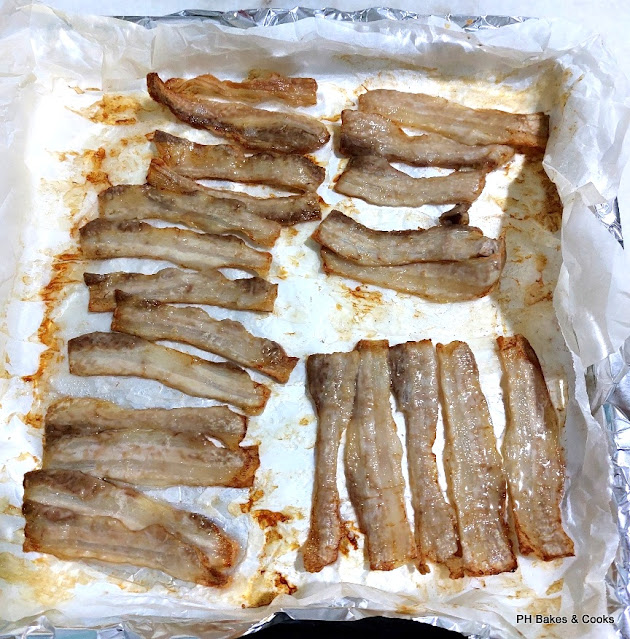 I baked them in the oven until they were browned around the edges. Cooked like that, the pork slices were crispy around the edges and chewy in the center.
If I were to take the cooking further to say an extra 15-20 minutes, the pork belly would become very crispy. That would be very nice - crispy pork belly snack. In the spirit of disclosure and transparency, I had some kimchi with the pork belly. I did not season the pork at all and yet, just by itself, the taste was really good. The salty and sour kimchi helped cut through the greasiness of the pork belly. 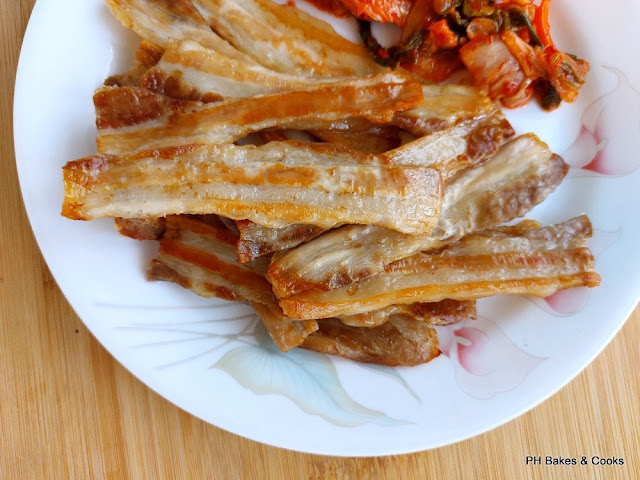 I picked up some chicken drumsticks at Aeon today and I used a bottled spiced chicken seasoning. It would have been better if the chicken was marinated for many hours or overnight but I only had an hour to spare. 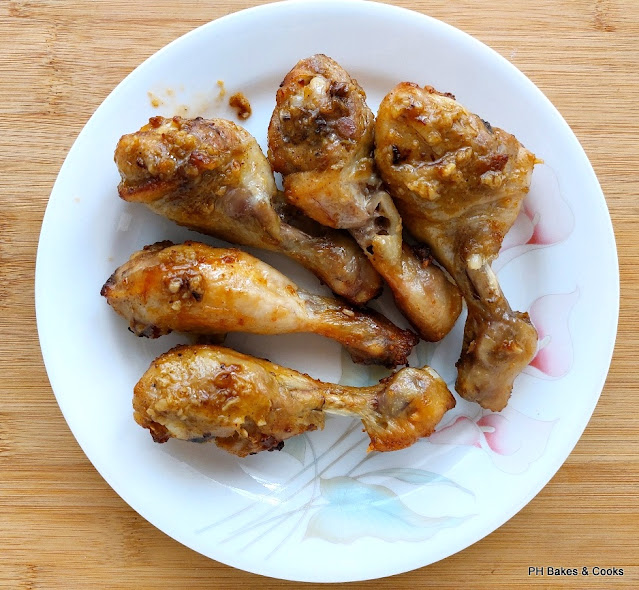 I also added some crushed garlic for extra flavor. 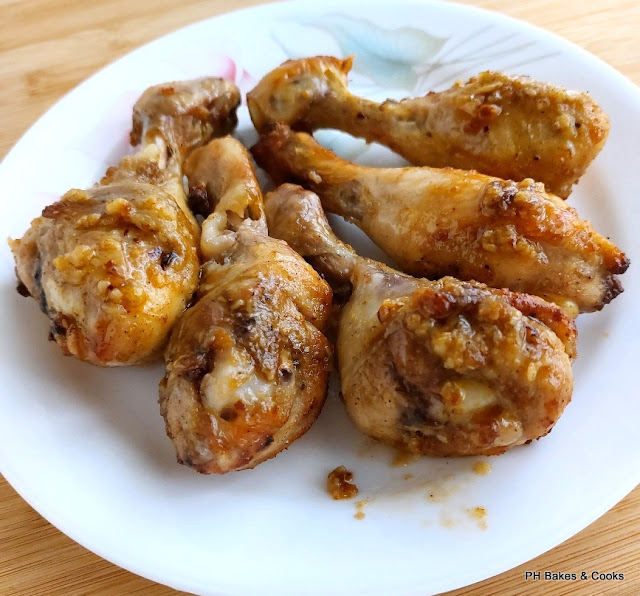 The drumsticks turned out pretty good. I had two for lunch together with some pork belly. That meant I had leftovers for dinner. 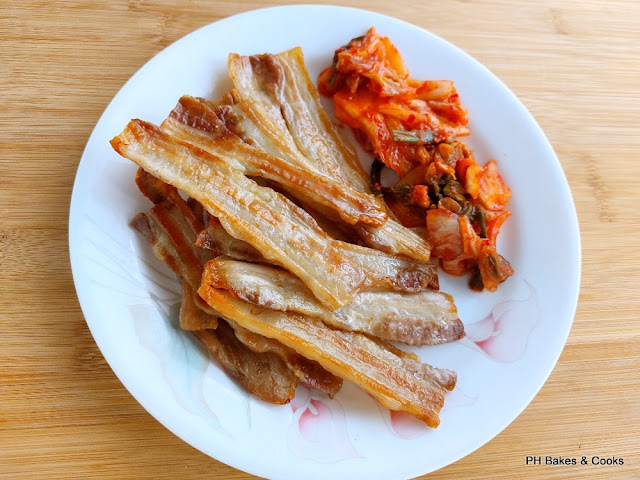