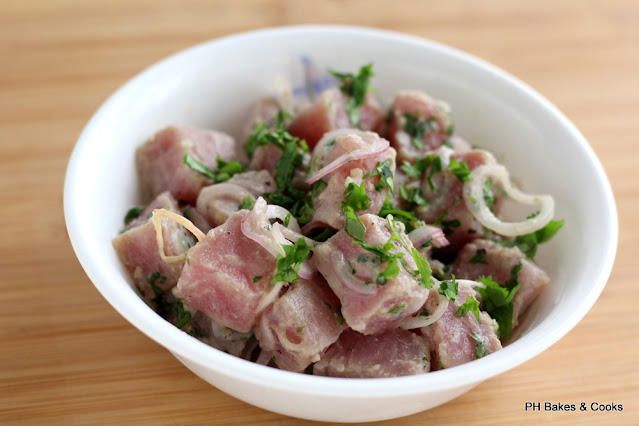 What is that hideous thing you ask? It's my pathetic attempt at ceviche, raw fish marinated in lime juice.
I had a portion of sashimi grade tuna in the freezer and I needed something different to eat. Seafood is allowed on carnivore because obviously creatures that live in the sea are animals too.
This ceviche is akin to umai ikan, something that a university mate who hails from Sarawak served for lunch at her flat many years ago. I remember loving that dish a lot. 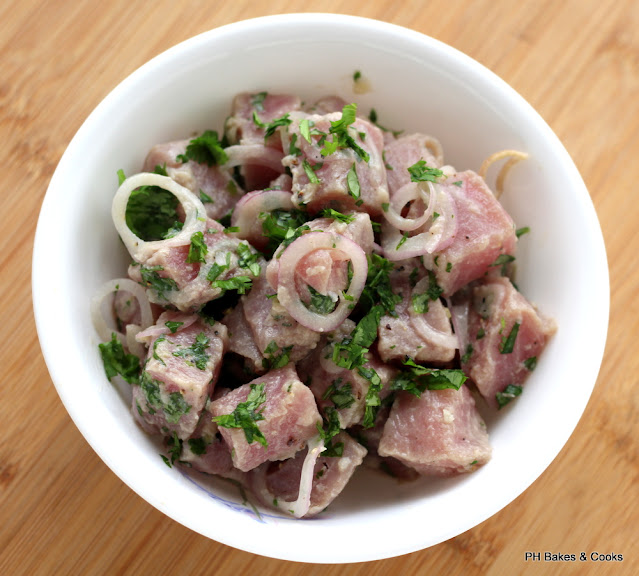 I know my ceviche is very drab and pale. Usually a whole lot of other ingredients go into it like avocado, tomato, cucumber and chilli. But alas, I do not have those in my fridge. So only thinly sliced shallots, crushed garlic and cilantro went into the ceviche with lime juice.
The cubes of tuna which were dark pink turned opaque as soon as they came into contact with lime juice. I marinated the fish for about 30 minutes in the fridge as suggested by the recipe. This recipe warrants a repeat with more colorful additions once I am off the carnivore way of eating.
For dinner I had something much better. It was beef (again) but .... 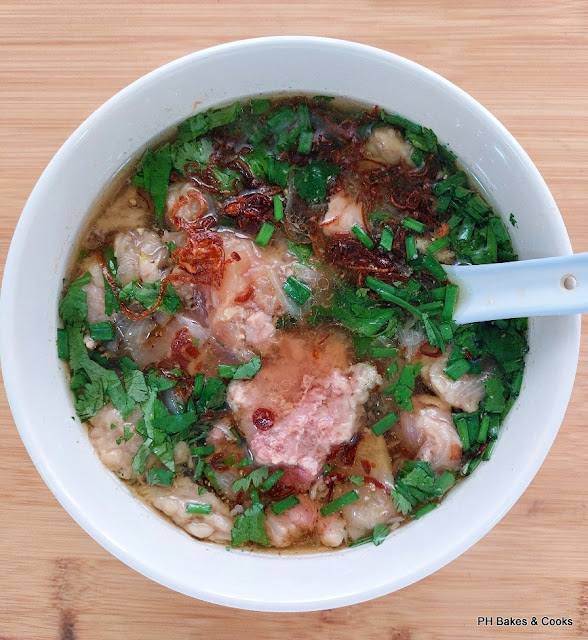 ... in a different way - soup! And yes, as I have mentioned in my kickoff post, I will not excluded onions, garlic, spring onions and cilantro in my diet. This soup is made with very cheap beef trimmings (daging tetel) which I bought from Aeon at RM8.00 a packet. This cut of meat is tough but when braised it becomes soft and chewy. There were also two chunks of tendon in the soup. 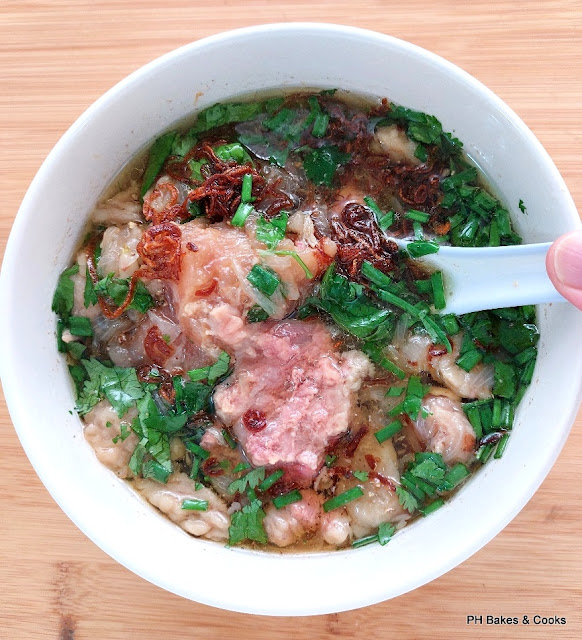 All I did was put the beef trimmings and tendon into a slow cooker and added enough water to cover the contents. Then I put the slow cooker on high.
In the meantime, I sauteed some sliced onions and shallots until browned and fragrant. It was a pity I ran out of ginger, so I added some ginger powder instead.
All these aromatics and the oil were poured into the slow cooker together with two sup bunjut pouches (cap Mak Siti). I also added chicken stock cubes. Then it was just a matter of letting the slow cooker do its thing.
Heck. I even made fried shallots hah...hah.... 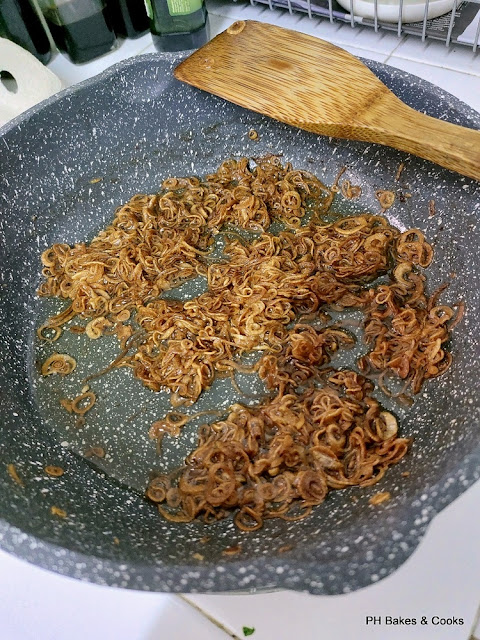 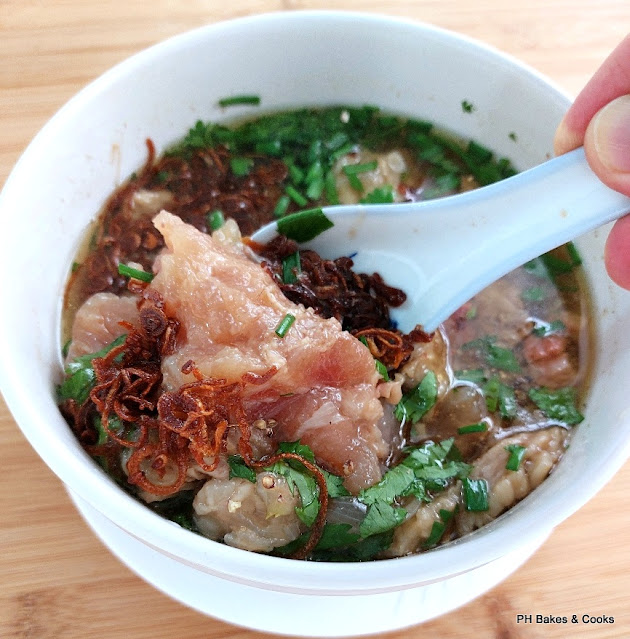 The tendon mak datok! was still firm and chewy with a bite. Another one hour simmering would have rendered it achingly tender. But still. This was a damn good sup lembu! 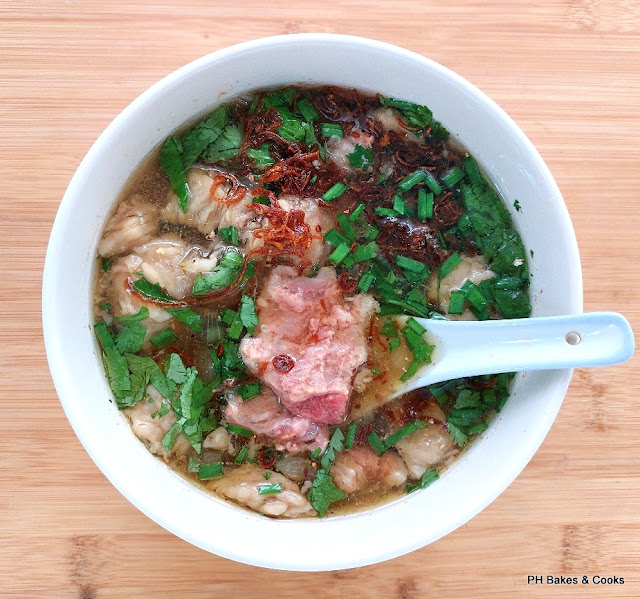