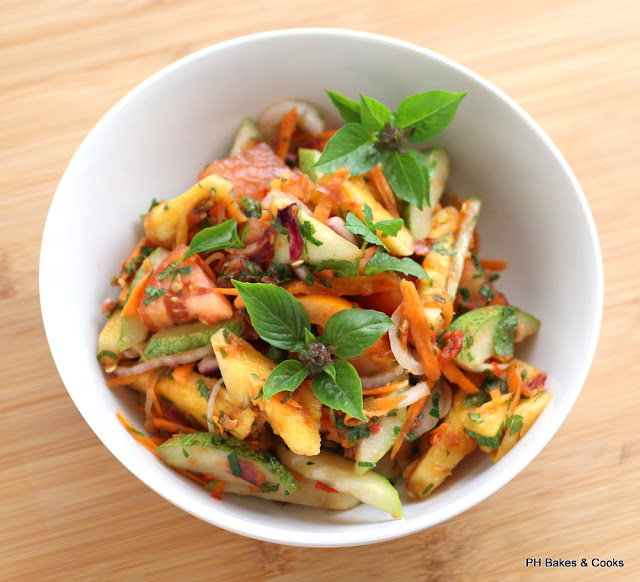 I have one more fish to fry and I am not sick of eating fish yet. I want more! Fried fish, plain and simple is so so good.


This is the ikan siakap (seabass) that I bought the other day. 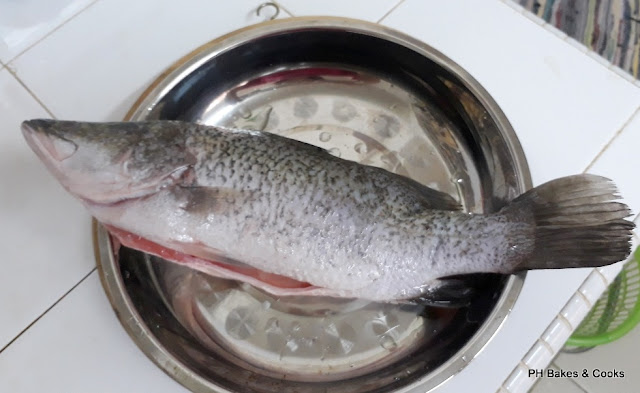 I cut it into three sections for easier frying. 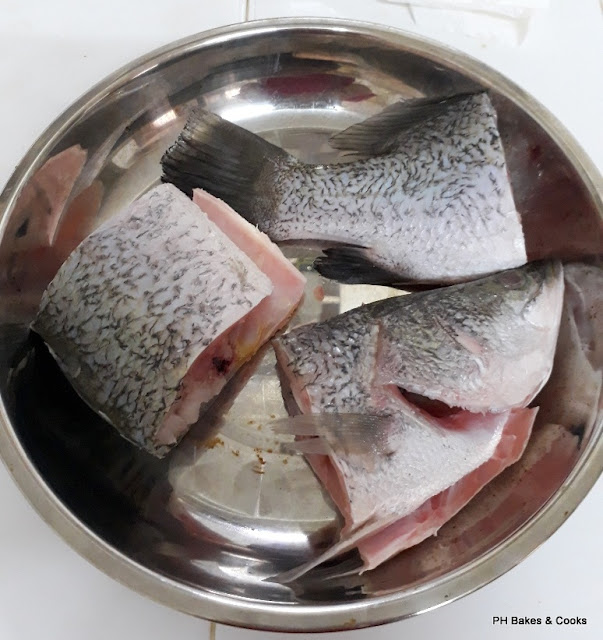 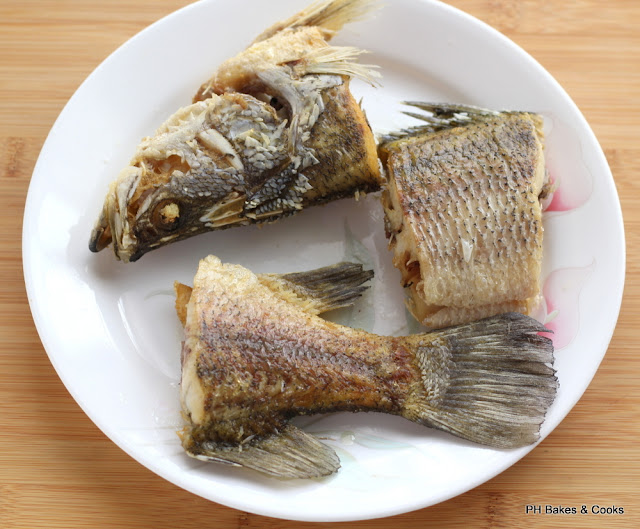 Wah seh! Is that improvement or what? 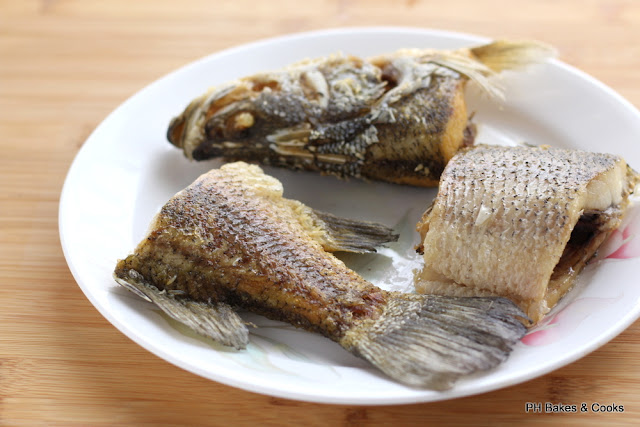 Skin unsullied and each piece intact. 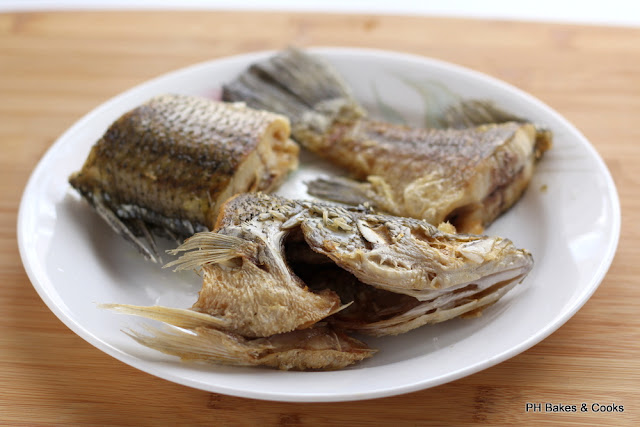 There is hope after all wahahaha!!! 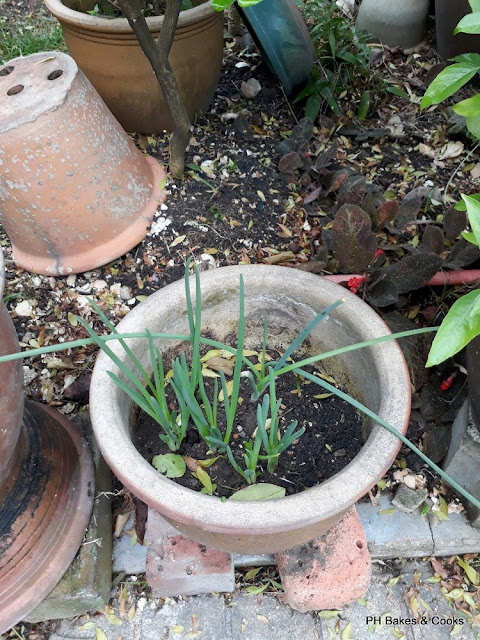 I went out to the garden to pluck some herbs. Noted that my spring onions are growing nicely. 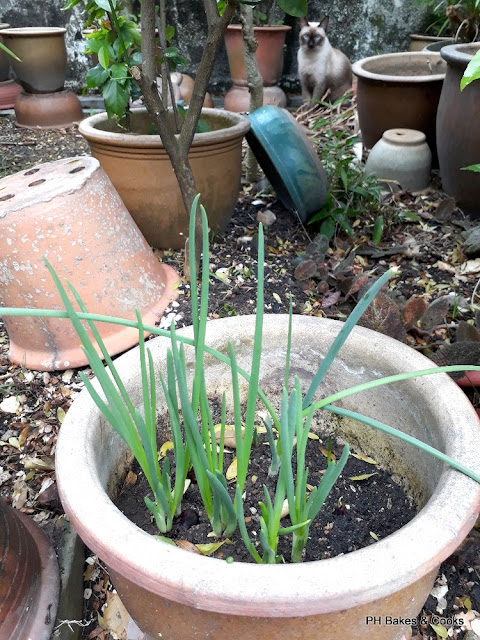 When I looked at this photo I was surprised to see a visitor. Can you see her? 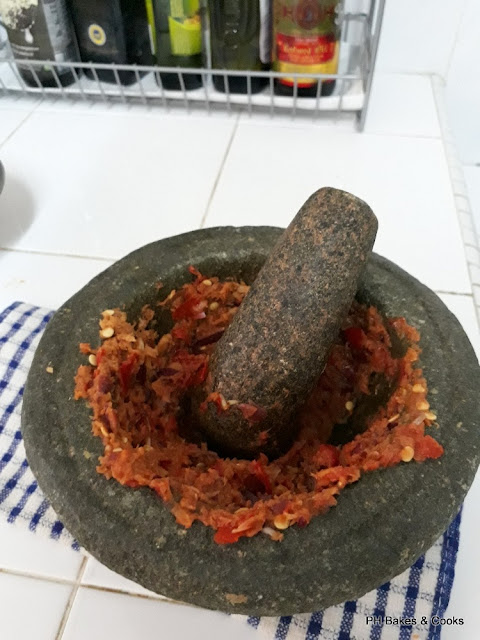 I was also craving for kerabu so I made an effort to pound the spice mix ingredients. 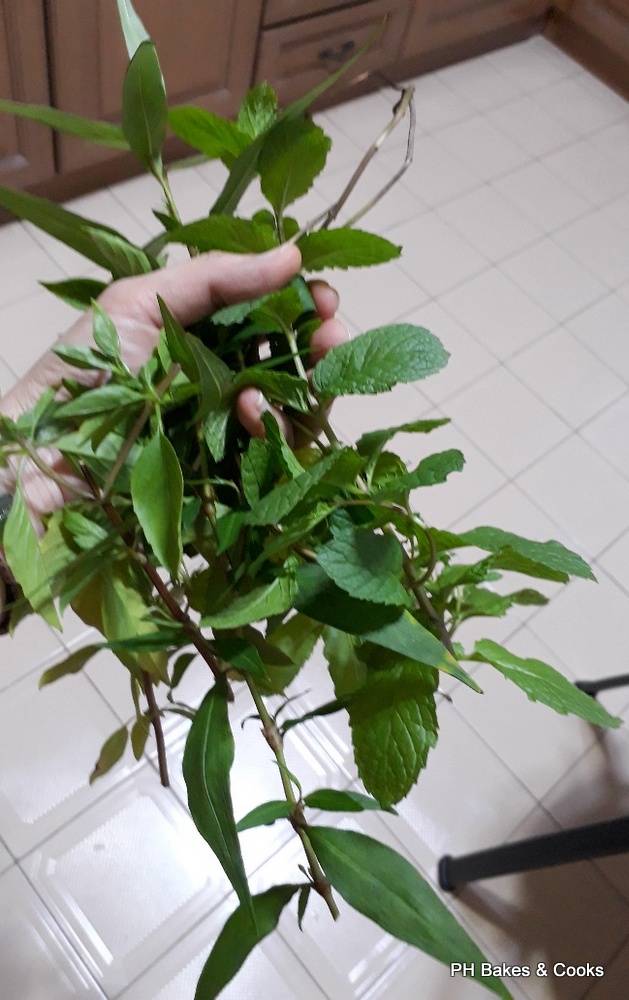 So nice that I can harvest these aromatic herbs from my garden. 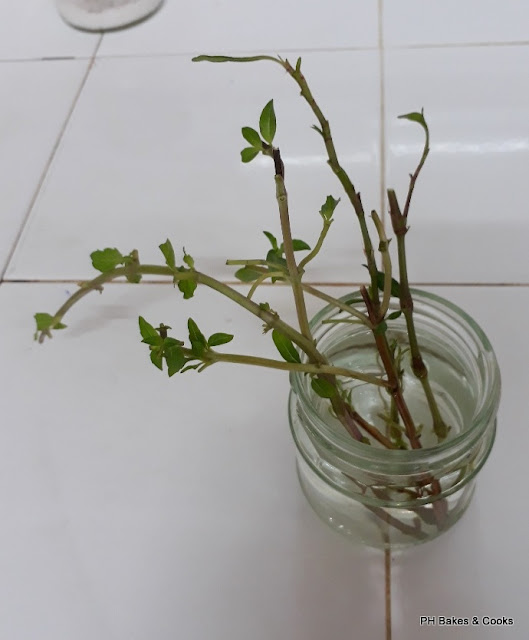 After I remove the leaves, I save the stems for replanting. 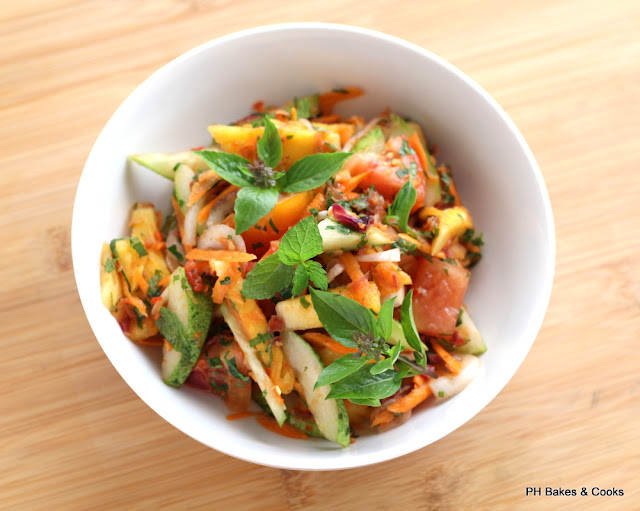 There, my kerabu, made with cucumber, pineapple, tomato, carrot , onion and aromatic herbs. 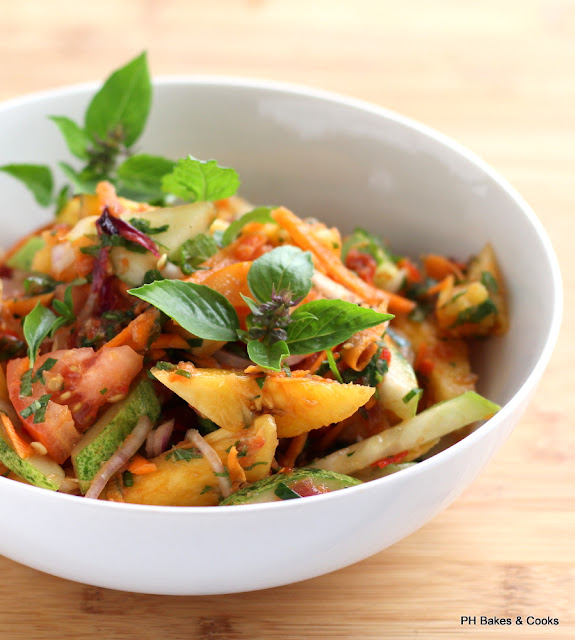 I usually like this with keropok but there is no keropok in the house. But it was so good with fried fish. I enjoyed my lunch!

Yesterday I gave myself a haircut. Just the fringe as it was already one inch below my eyes and so irritating. Then I colored my hair. The roots were already showing about one inch. My hair is practically 80% grey or rather, white. If left it as it is, I would look like nenek kebayan. 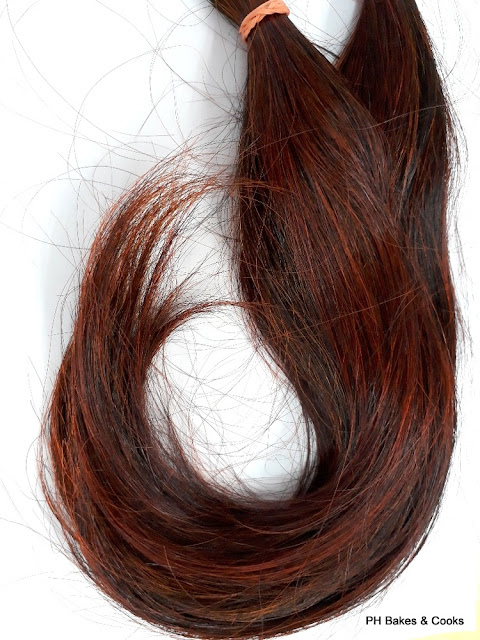 I took a photo of my locks before I donated it. I use natural henna (inai) to dye my hair. 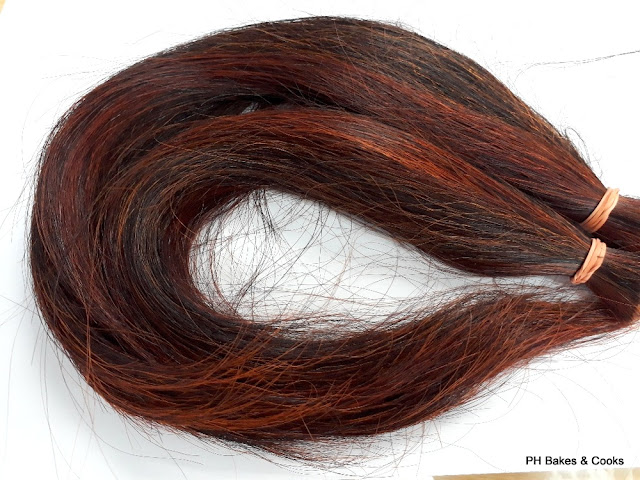 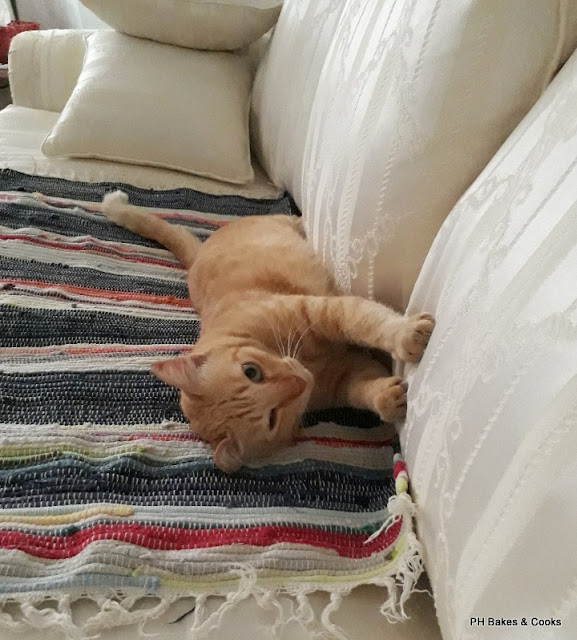 I have some pictures of my cat taken last year when she was very naughty. 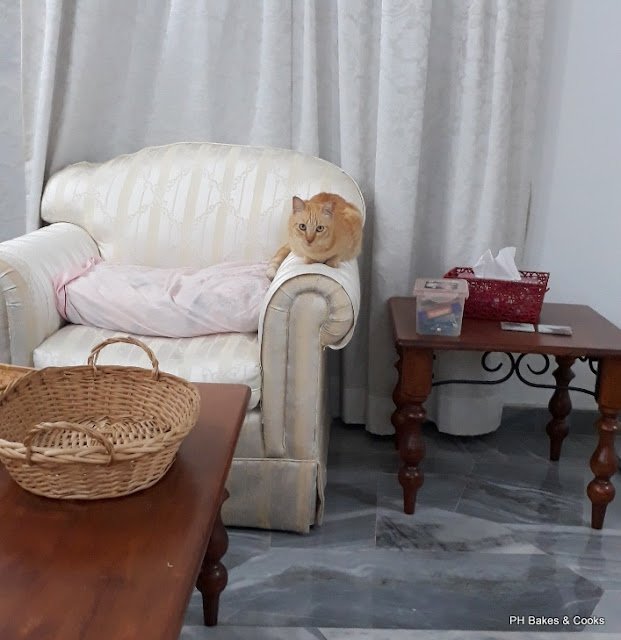 This was taken one evening when she was insistent on being let out. 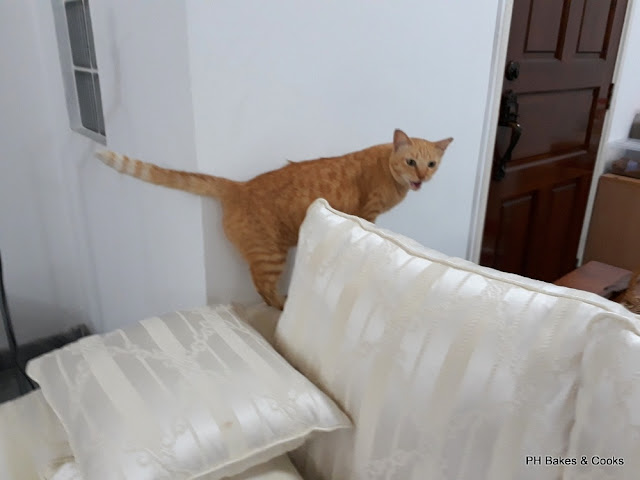 She climbed all over the place looking for an exit. She was even trying to reach for the door knob. 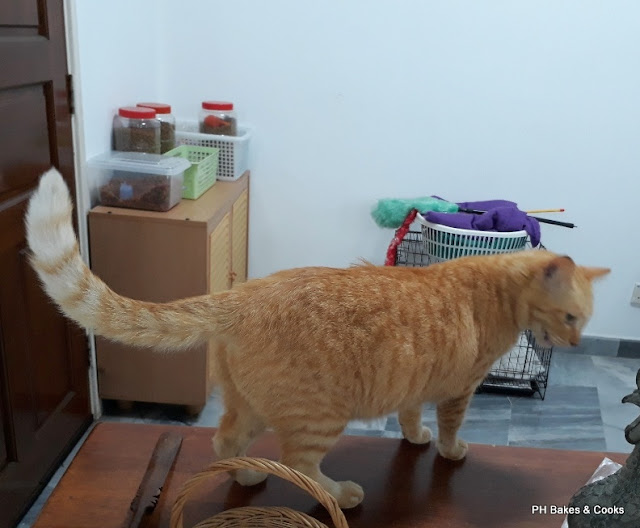 She drove me nuts. So I let her out. 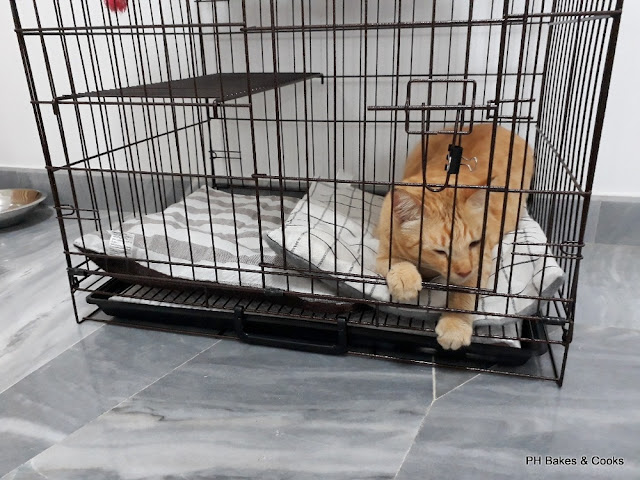 At one time, I put her in jail her cage. Did you notice the bull dog clip that I used to secure the latch?

I had to do that due to an incident one evening. When I put her in the cage, she will make a lot of noise. I can hear her though quite faintly from my bedroom.

Late one evening, I heard her meowing and whining. Then the noise became louder and louder until it was right outside my bedroom door. Haiks!!! I opened the door and there she was! She escaped. Haizz........ 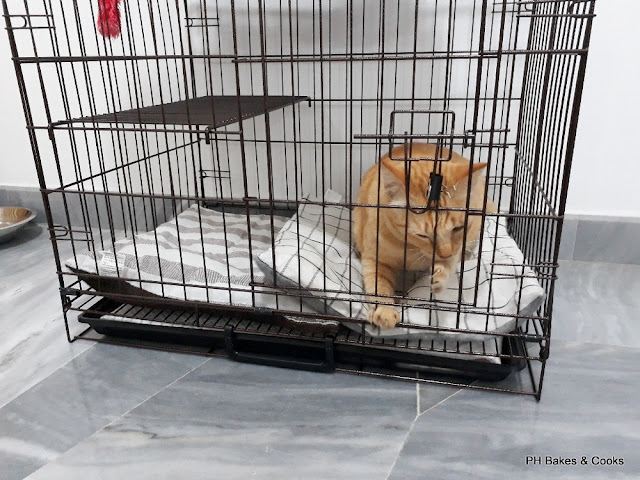 Instead of being angry, I praised her for being so clever. Girl! You so clever! You know how to open the cage door! wahahaha!!!! 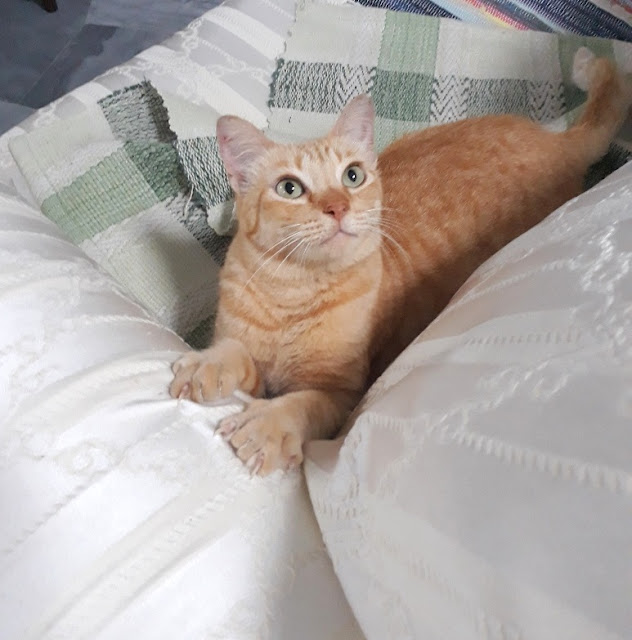