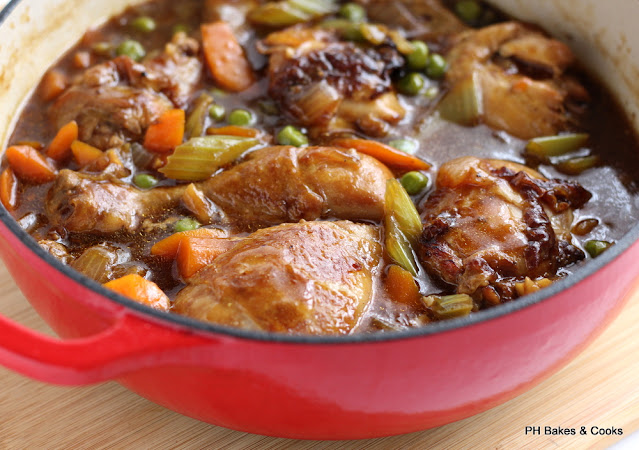 Sometimes when I run out of ideas of what to cook, I just conjure something of my own, no recipe required. I was actually channeling my mum's chicken stew, a dish we used to love but did not get to eat very often.
There are dishes that my mum cooked which I thought were very delicious which she did not cook often. One example is her fried fish with assam topping.
I remembered she mentioned my dad did not like that dish. That must be the reason why some dishes don't make their appearance often or at all - dad did not like those dishes hah..hah... (or maybe some dishes were too troublesome). 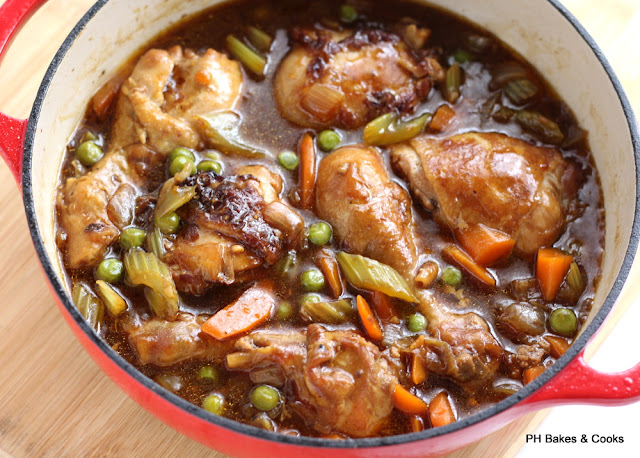 So I marinated some chicken legs with garlic, light soy sauce and pepper. After a few hours, I decided to brown the meat for extra flavor. 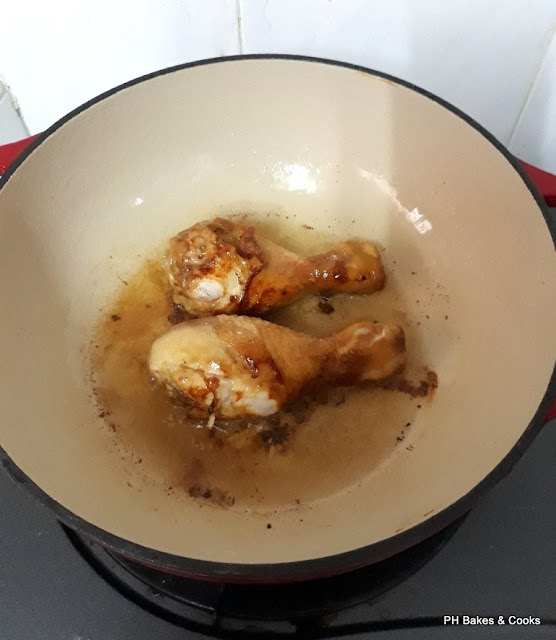 I think it makes a difference. 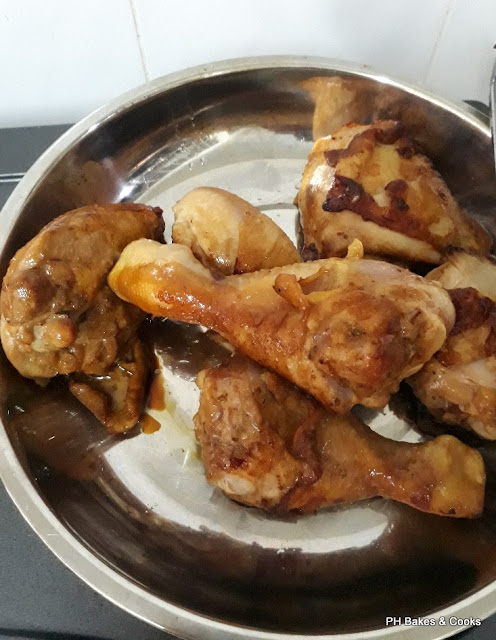 Then I sauteed some sliced onions, carrots and celery in the same oil that I browned the chicken (if I remember correctly, the terminology is to sweat the vegetables). 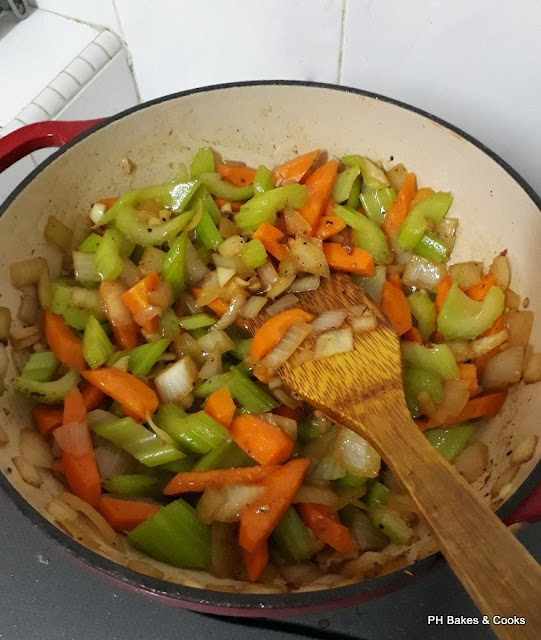 Once the onions are sort of soft and translucent, I returned the chicken to the pot and added some seasoning and water to simmer the stew. 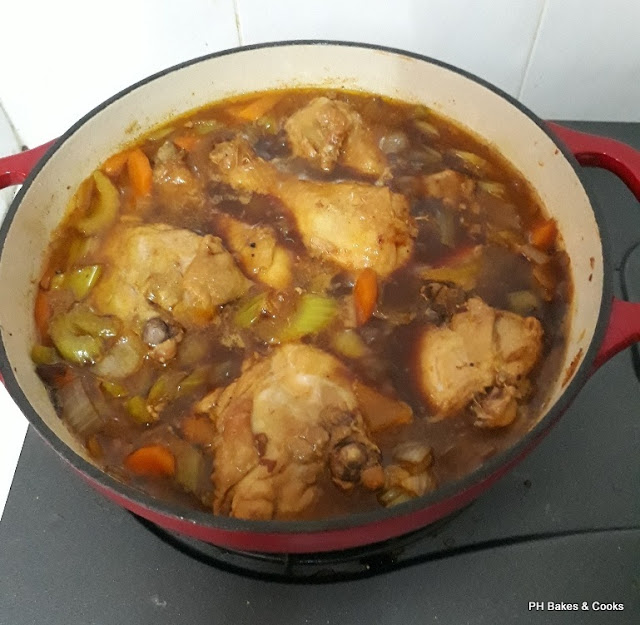 The seasoning was a mix of light soy sauce, dark soy sauce, vegetarian oyster sauce and tomato ketchup. I left the stew to simmer until the chicken was tender and the gravy was reduced. Then I added some Wattie's Garden Peas, my favorite and only frozen green peas that I use. 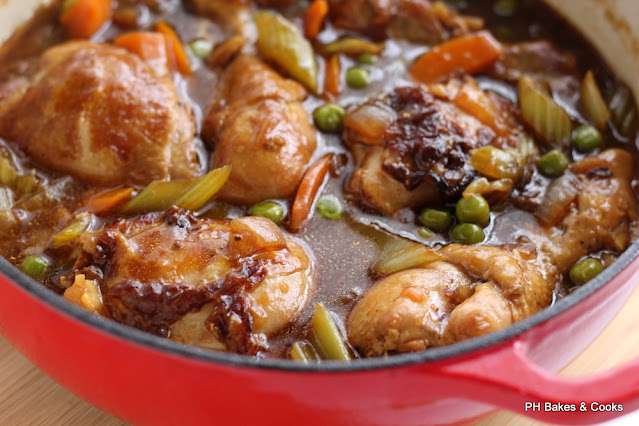 I made sure to taste and added loads of pepper. No, actually  I added less pepper than what I would have liked because my partner can't tolerate too much pepper.
There was one time he jokingly asked me "You put the whole bottle of pepper is it?" when he ate a dish that had my usual amount of pepper hah..hah... 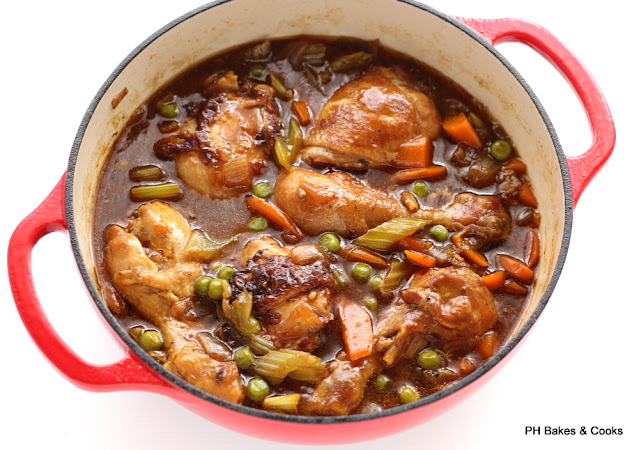 The chicken stew turned out quite nice and the next time I cook it again, I will take note of the amount of ingredients I used so that I can write a recipe. 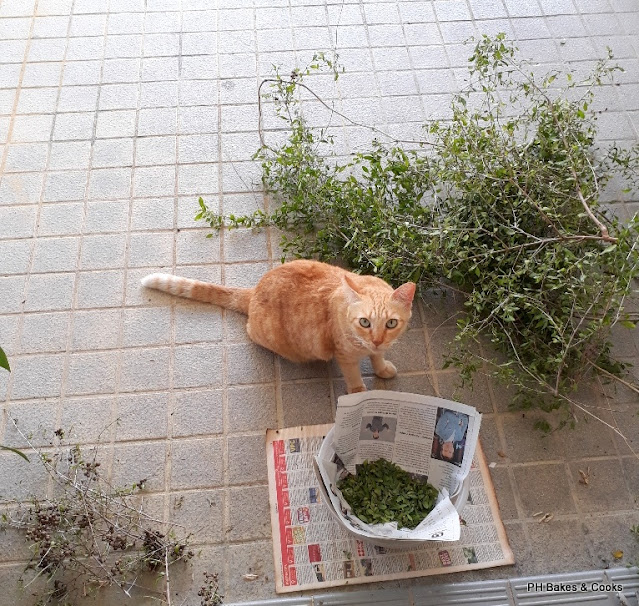 This is Girl kepoh-kepoh when I was harvesting henna leaves. 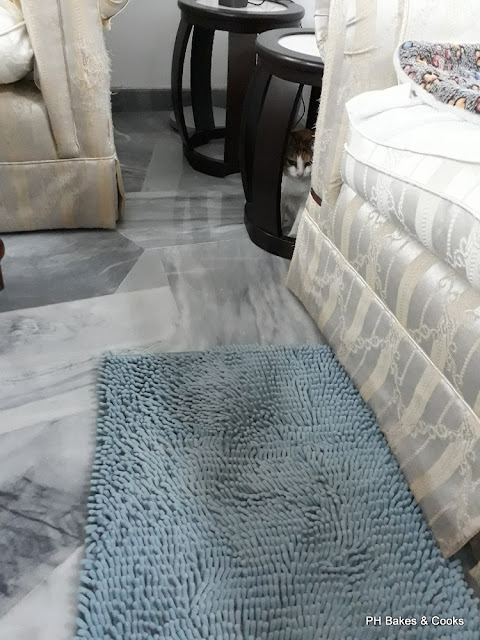 Can you spot someone hiding in this photo? 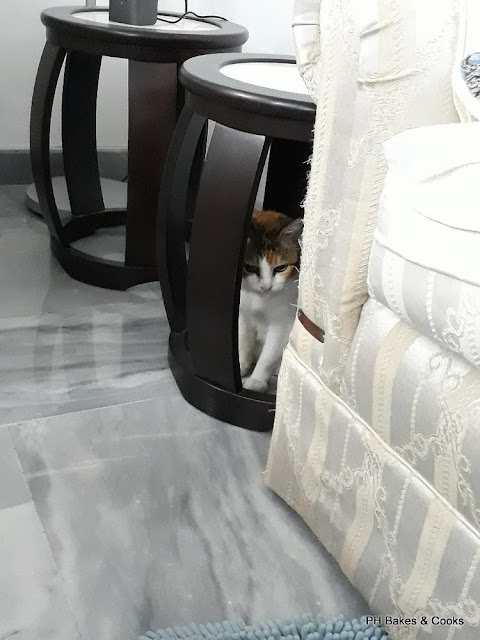 Belle Belle likes to take refuge under the stool. 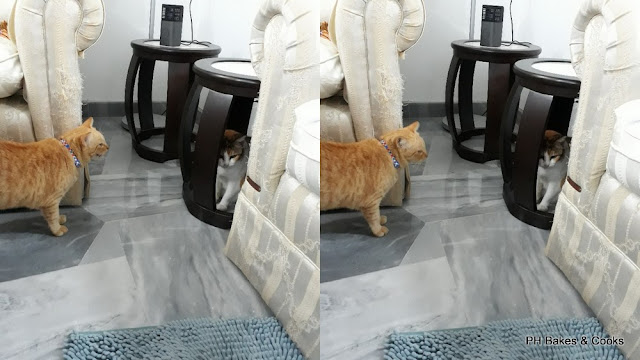