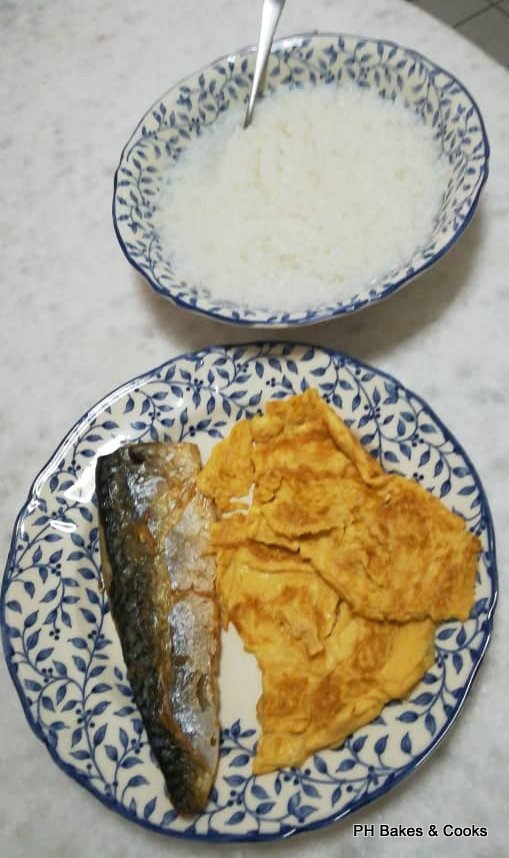 His cooking lah. Macam popular to amuse you. When I posted that "He Heard You" and cooked a new dish which was a lot more colorful than his usual porridge-fried mackerel-eggs dinner, I was taken by surprise the next morning when that post shot up to number one on "Your Favorites For The Week". 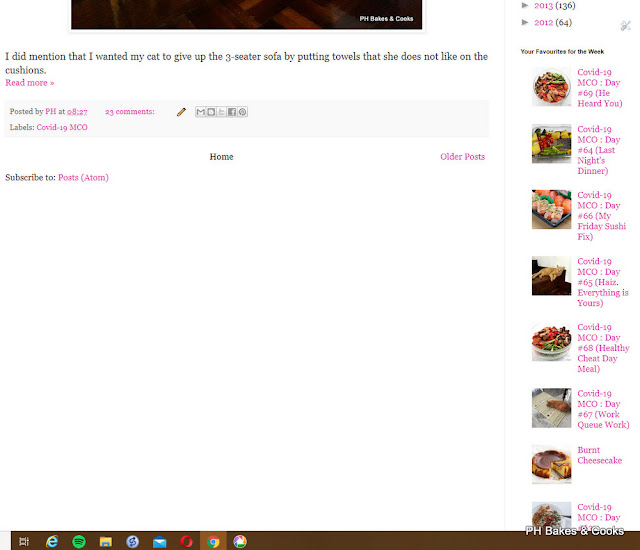 Usually a new post will at most climb up third from the bottom and slowly make its way upwards. But not this one. It's my first time that a new post garnered such overwhelming response. It's like a new song that reached number one on the Billboard 100 hah...hah... 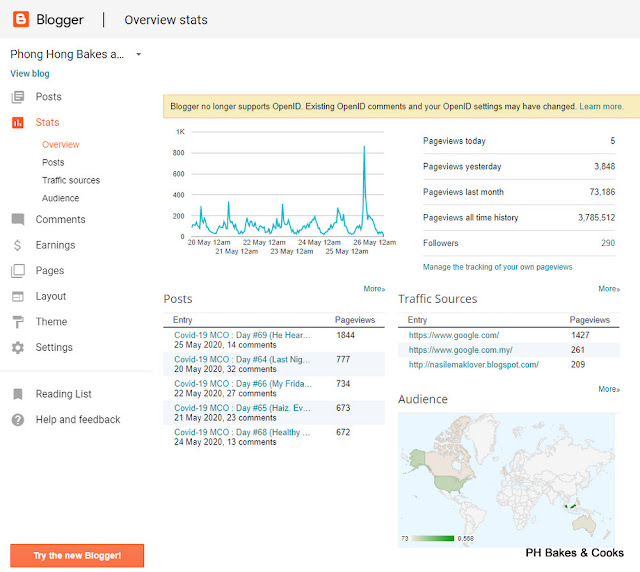 And the next day it stayed at number one. 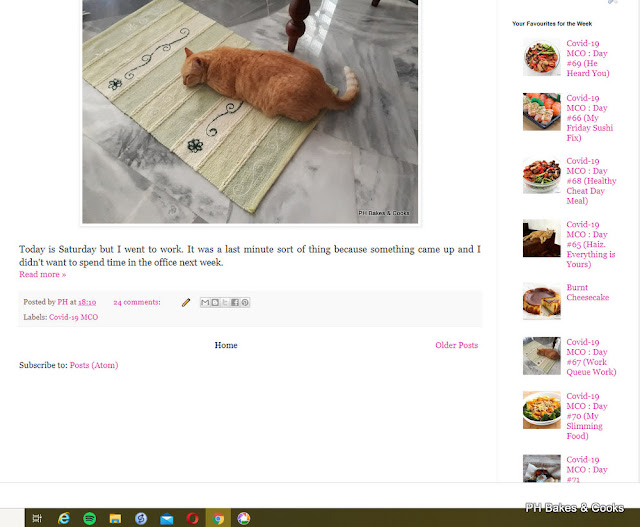 Slimming post pun cannot challenge. Burnt Cheesecake dethroned. Babe! (that's what I refer to my partner in my head, but I never call him that to his face because my Ah Pek will pengsan). You must guest post some of your cooking here! 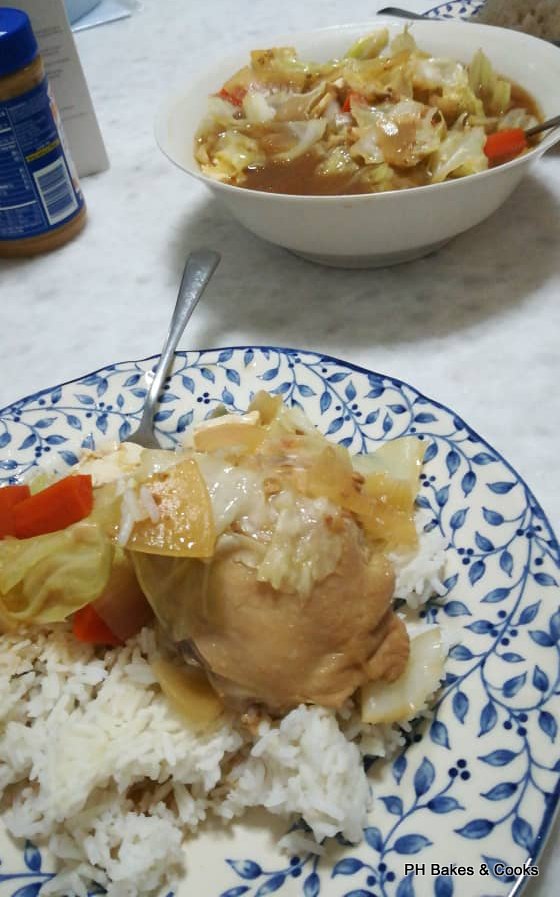 He did this recently. Some kind of Korean chicken soup he said.

Using this he said. 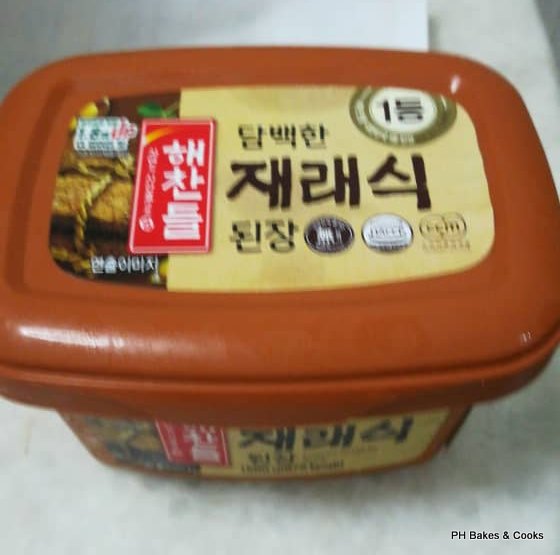 Doenjang. Korean soya bean paste. I only used it once here. Don't ask me, I didn't taste his creation. 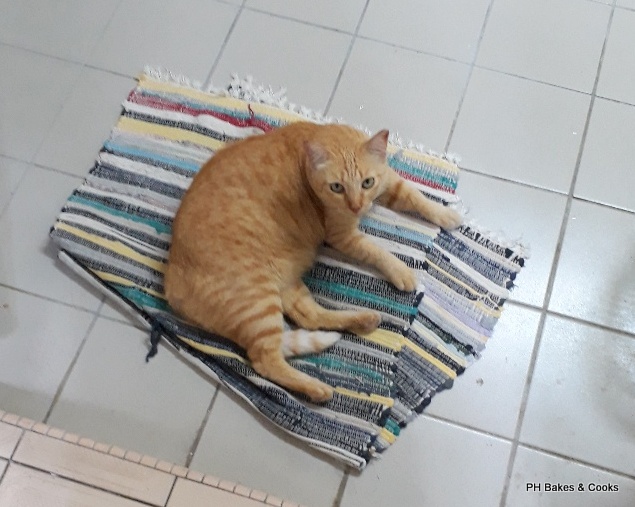 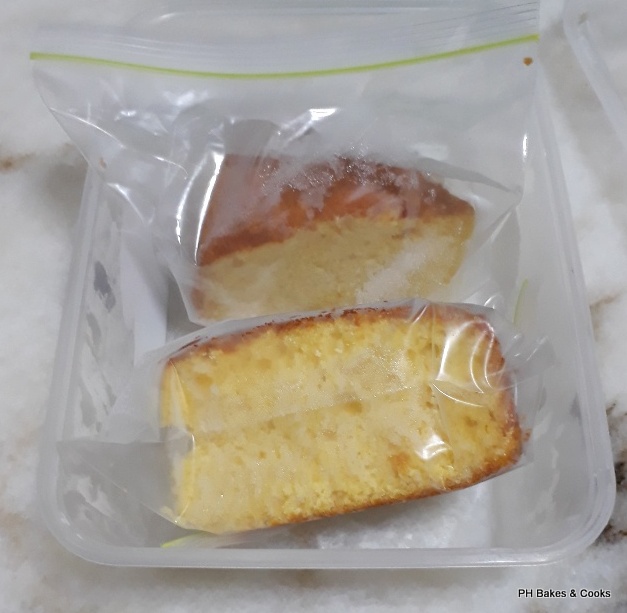 Ah! Found some butter cake that I stashed in the freezer hee..hee... 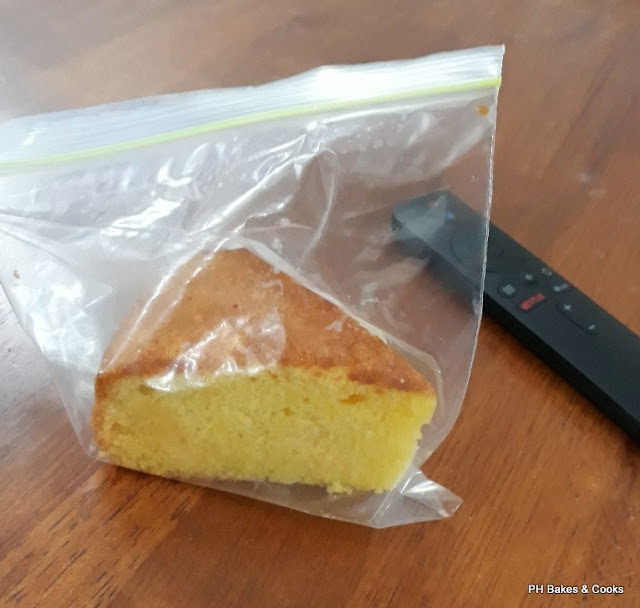 One for me, one for you. 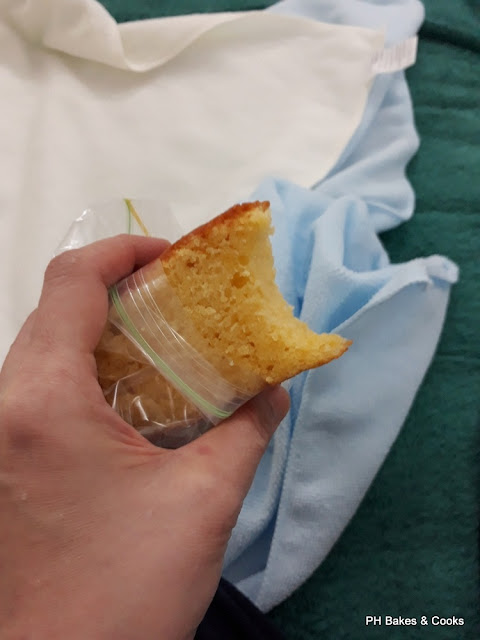 Nyum! Tastes just as good as freshly baked. That's what I will do before my parents' next visit - bake and then freeze.
Posted by PH at 09:29