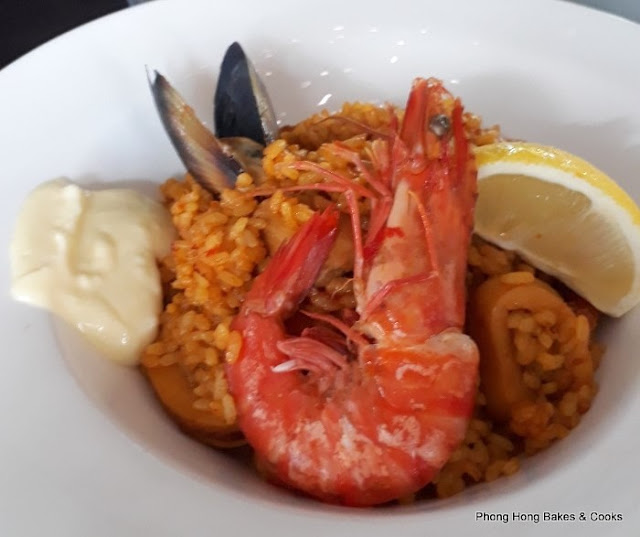 When my parents were in town a couple of weeks ago, my brother and I meant to take them for a Marta's Kitchen experience. But that didn't happen because my other brother decided to play Marta. I'll tell you about it in another post.


Because we had such an amazing experience on our maiden visit, my brother and I (or rather it was me heh...heh...) wanted to drop by again after our parents left.

This time, we parked inside the carpark because we only pay a flat rate of RM5.00 when we dine at Marta's Kitchen. We got there later than before (close to 12pm) and found lots of seats though a few tables were already occupied.

Yup, Marta was there but we did not have a chance to say hello as she was off to a function taking place at the other wing. 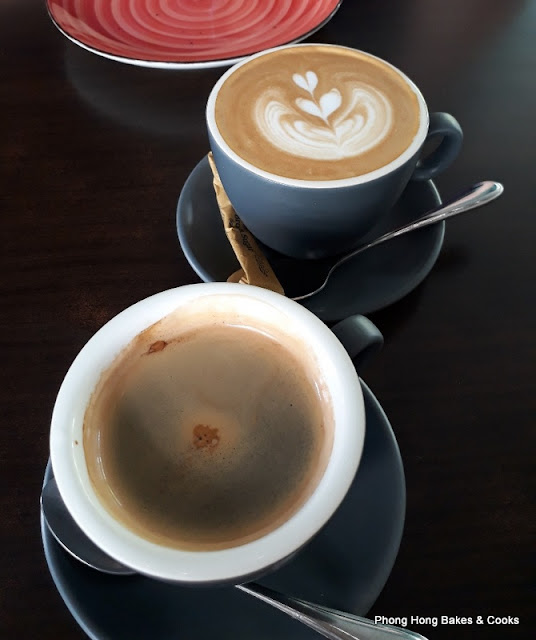 My brother also got himself a Virgin Pina Colada (RM13.00) and I learnt from him that "virgin" means no alcohol. 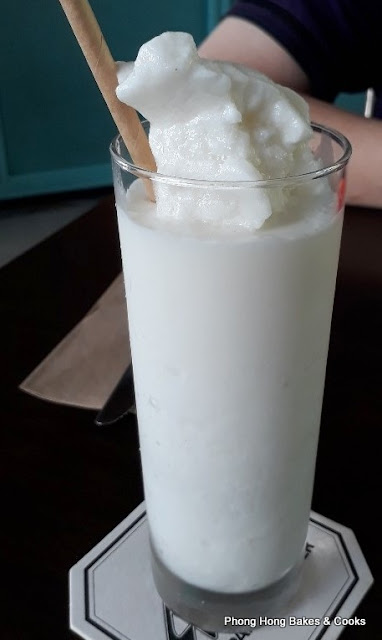 It tasted quite mild and good thing was that it was not too sweet. But we agreed that a pina colada tastes a lot better with booze heh...heh....

For tapas, we tried something different. The Patatas Bravas  (RM19.00) (spicy potatoes).... 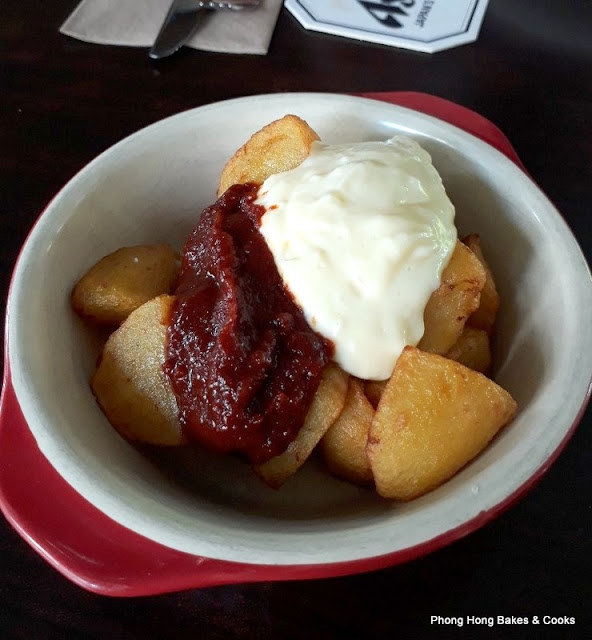 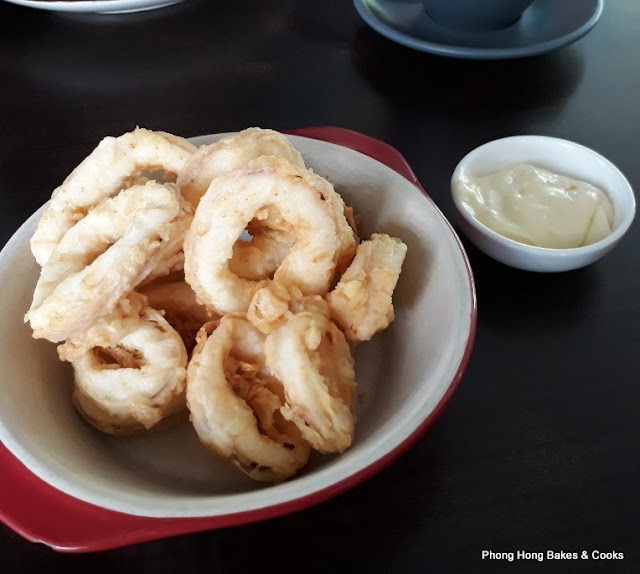 The potatoes were absolutely scrumptious even though we did not think it was spicy. It was nicely crispy on the outside and tender on the inside. It was served with a tomato sauce and garlic aioli. Potato lovers, you will want this. 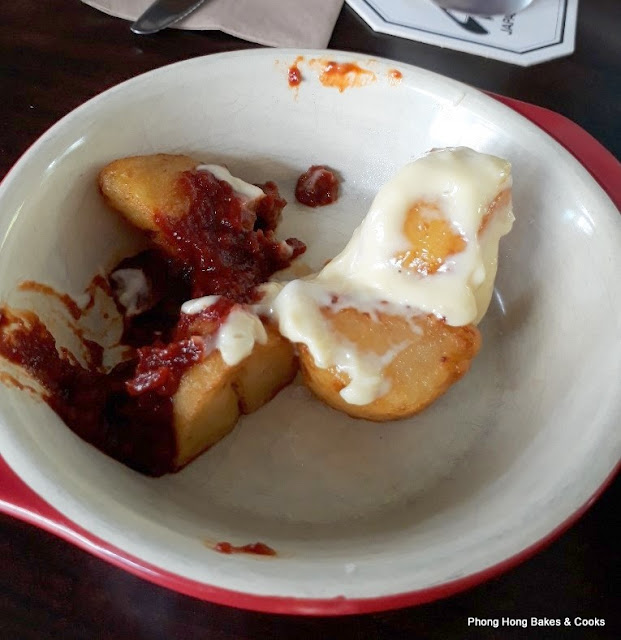 As for the deep fried squid, it was equally good. The batter was crispy and the squid was tender, none of the chewy stuff that we have encountered elsewhere. 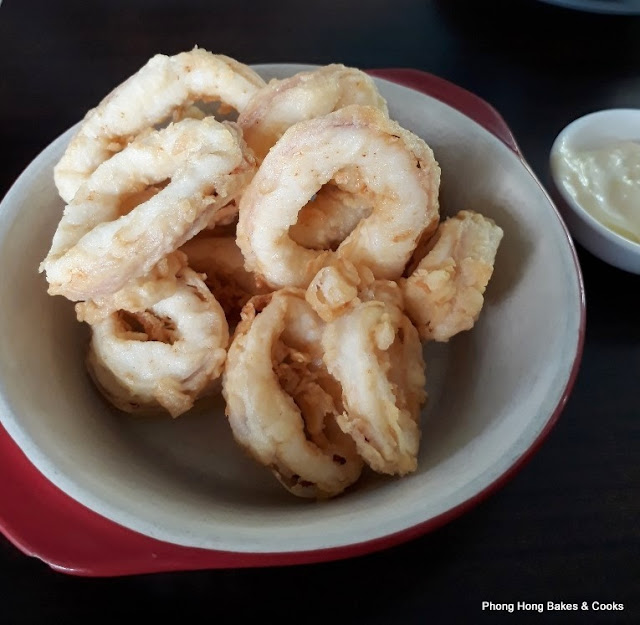 Of course we had to have the magnificent Iberico Pork Ribs (half rack RM85.00) again. 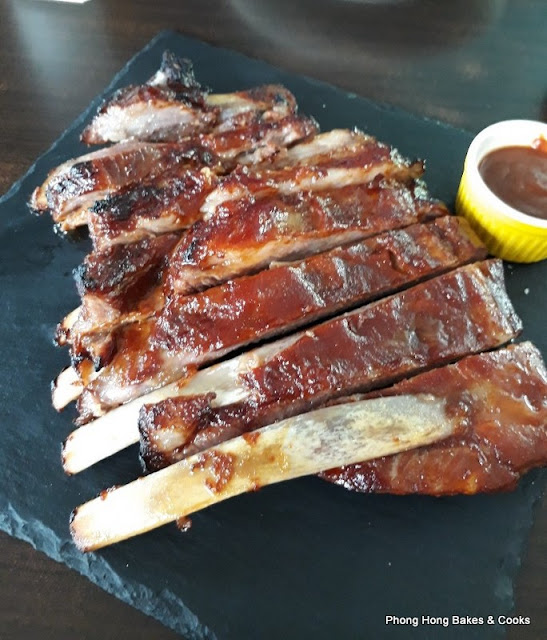 It was as good a before. 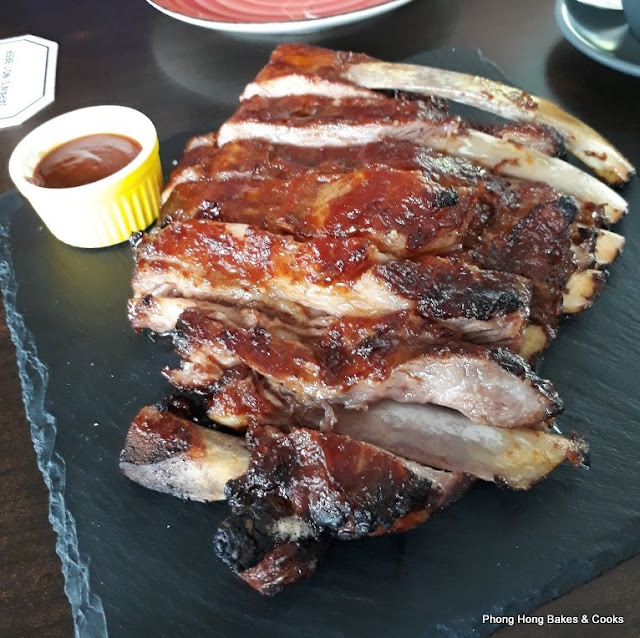 Meaty and tasty though not as tender as the one we had on our previous visit. But no complaints from us.

No visit would be complete without the Paella Valenciana (RM37.00) which we love. 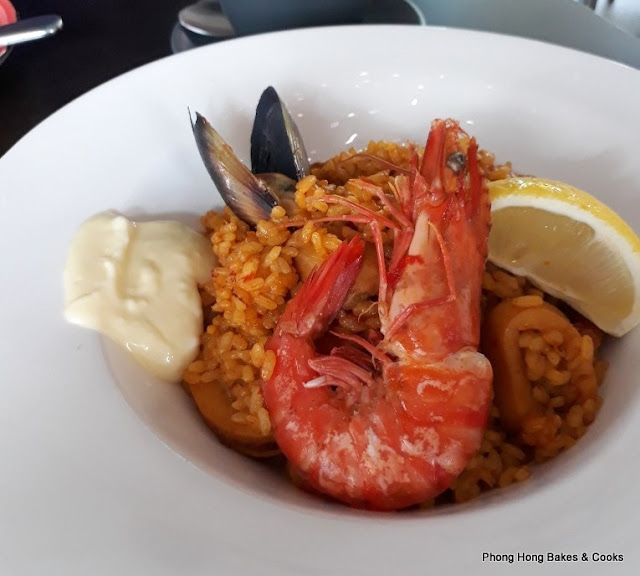 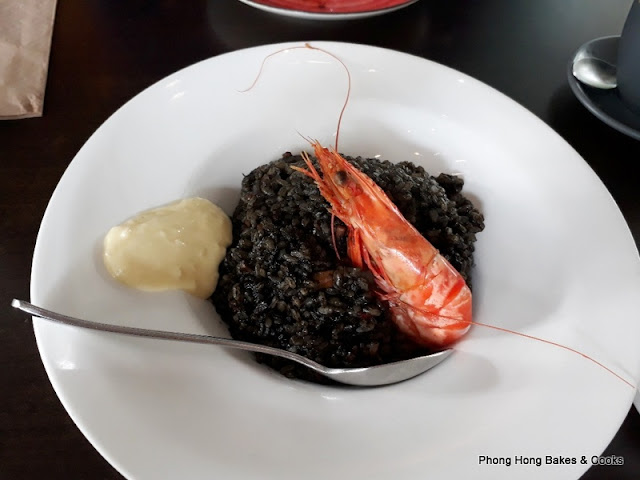 It looked quite bare, served with only one prawn but taste wise, it was good. You can tell that it's cooked with a good seafood stock and upon closer inspection, I detected very small cubes of meat (bacon?). 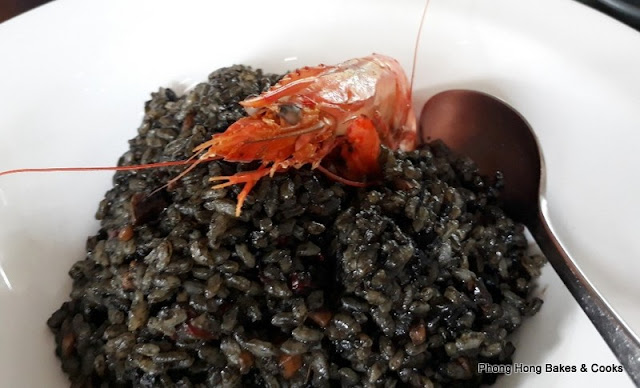 But between the two, we prefer the Paella Valenciana which had loads of chicken, prawns and squid rings. 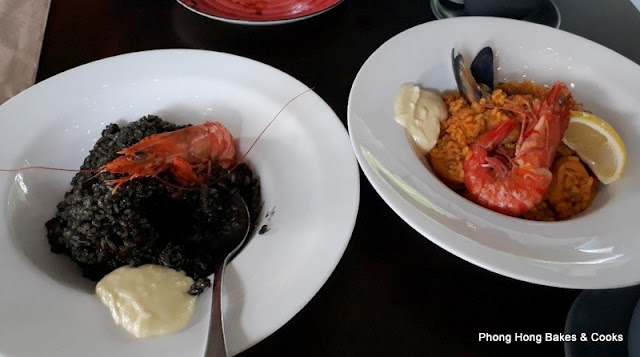 Well, that day, my brother and I under-performed. I had too much to eat the day before and the effect sort of lasted while my brother had been having tummy issues. But that's being sorted out and I am pretty sure on our next outing, we will be our normal selves again heh...heh... 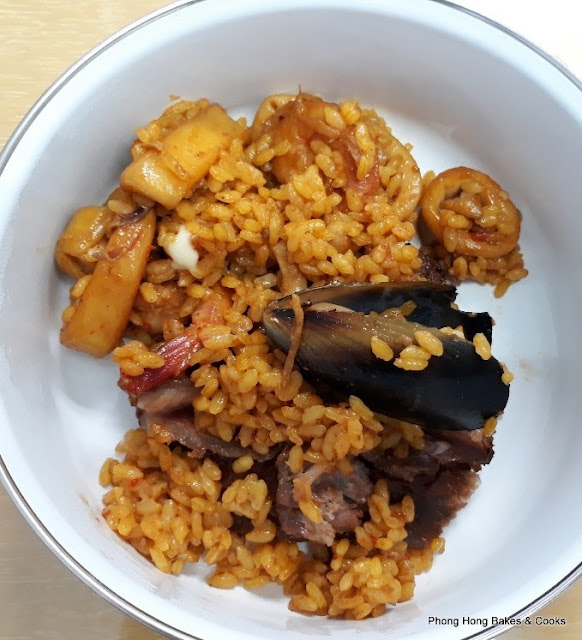 So I packed the extras back (that's not really all that much, eh?) and we did not have desserts, which is very unusual. But we will be back, maybe not so soon, to try more of what Marta's Kitchen has to offer.
Posted by PH at 08:26