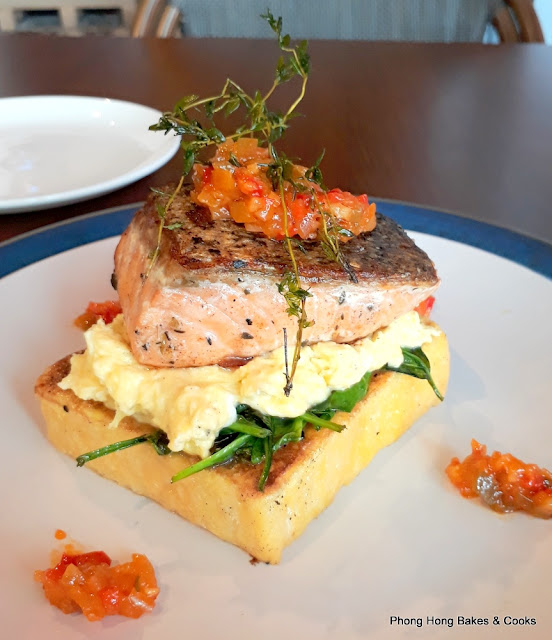 This lunch took place before Chinese New Year. Last year or this year? Sorry I forget. It was another of my underwhelming lunches. 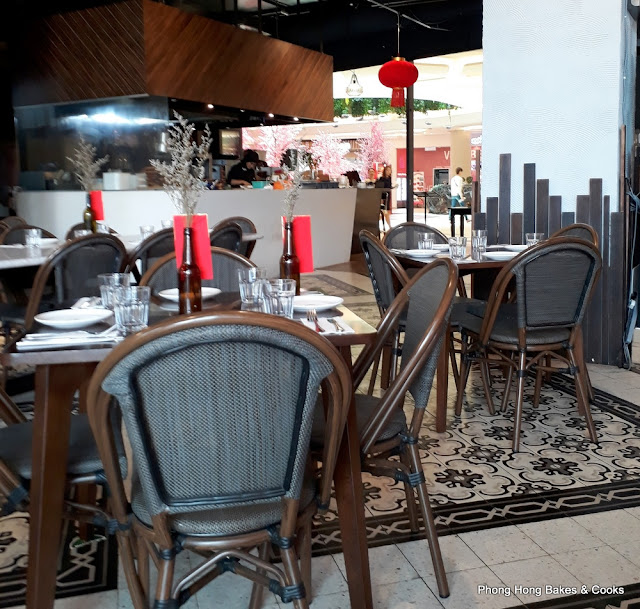 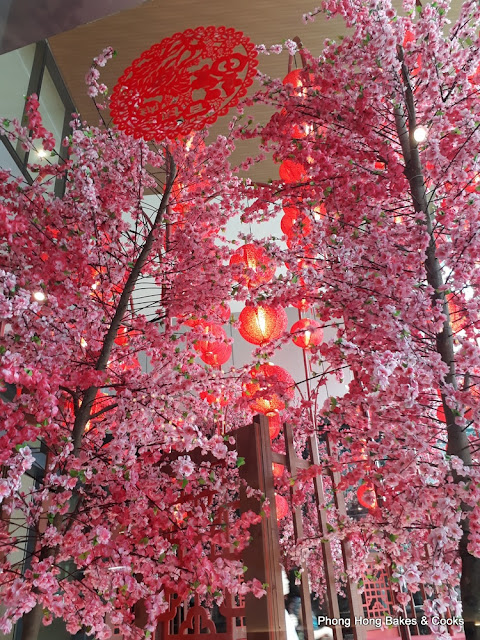 From my seat I could see the vibrant decorations outside. Very festive atmosphere indeed. 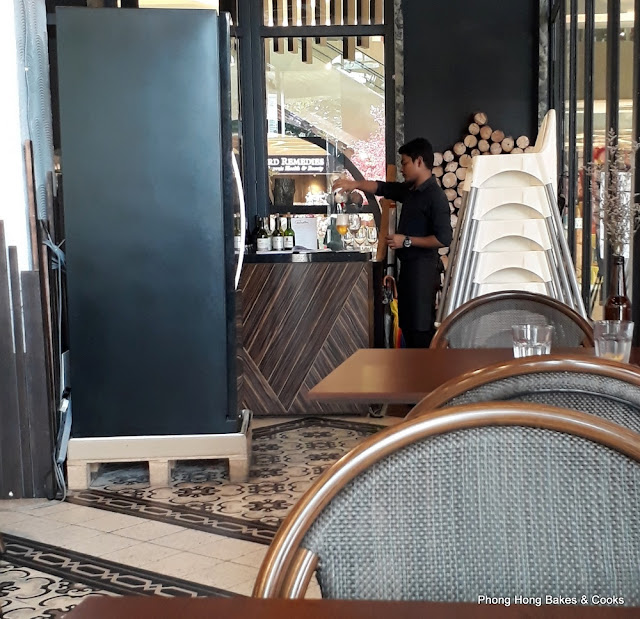 I could also see the one of the servers pouring someone a minum.

Me? No. I only stick to coffee and water. None of the alcoholic drinks for me. 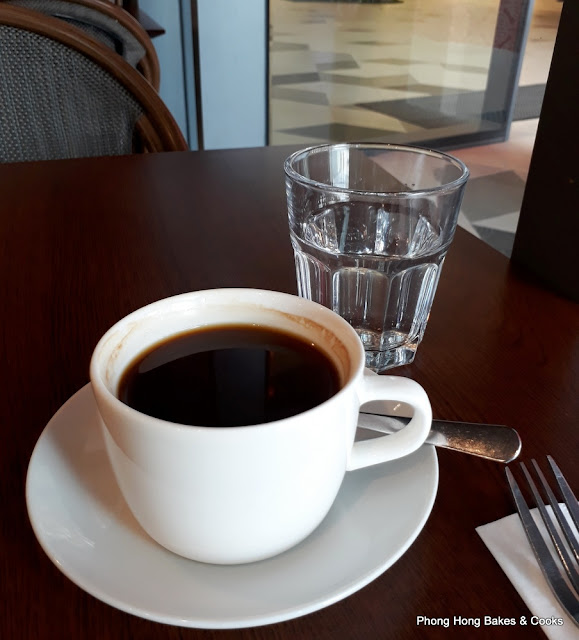 There was nothing too interesting in the lunch menu. I had actually gone in for something I saw on the menu outside. I had no idea that they had a separate lunch menu.

I ordered the salmon because something else I wanted had run out. Bah! 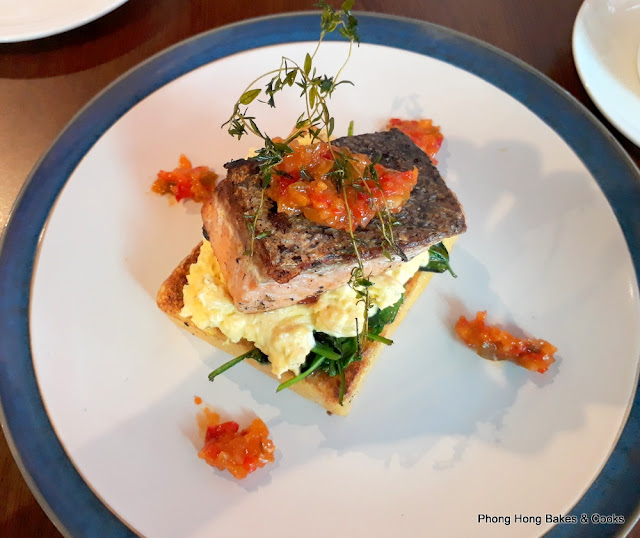 Fancy plating and all. But this salmon dish was not to my taste. My fault. 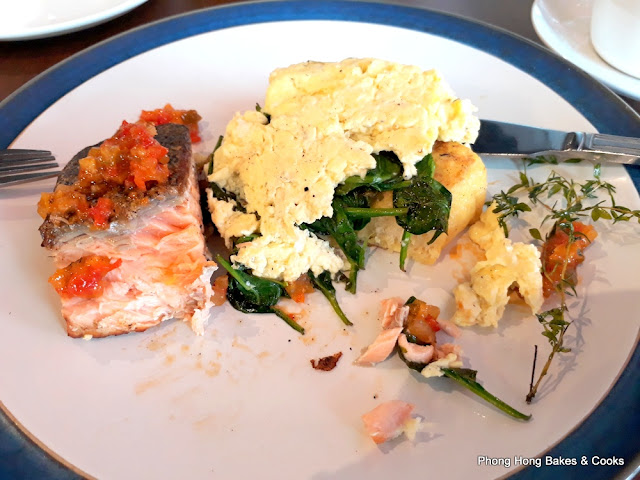 Too angmoh for me I think.

When it was time to pay, I took out my credit card. I was told "Ms, we will accept the card only if you don't have cash".

What the heck. I could have said I did not have enough but I am no liar. Not even tipu sunat. So I paid cash and never returned. 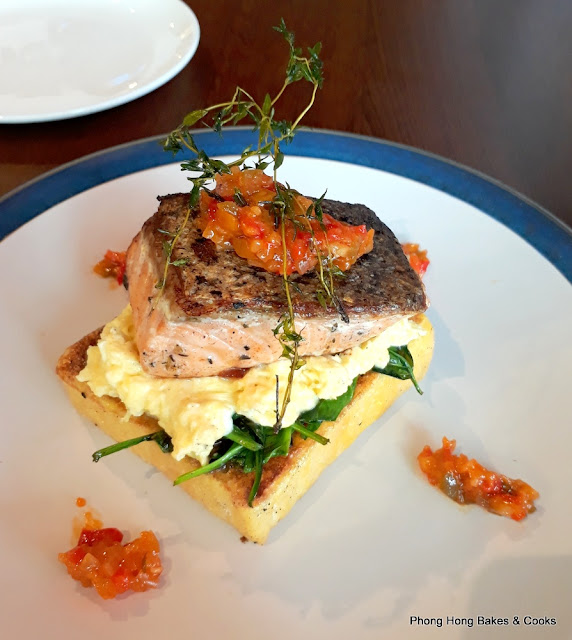