Kitty Cat Has a Boyfriend 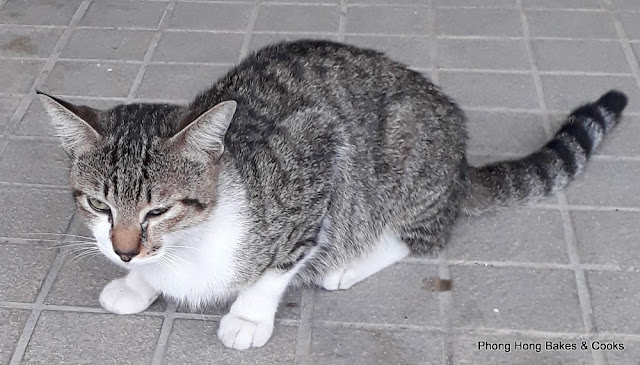 Remember Kitty Cat? She came, she left and then she came back. And then she was gone again. And then one day ......... 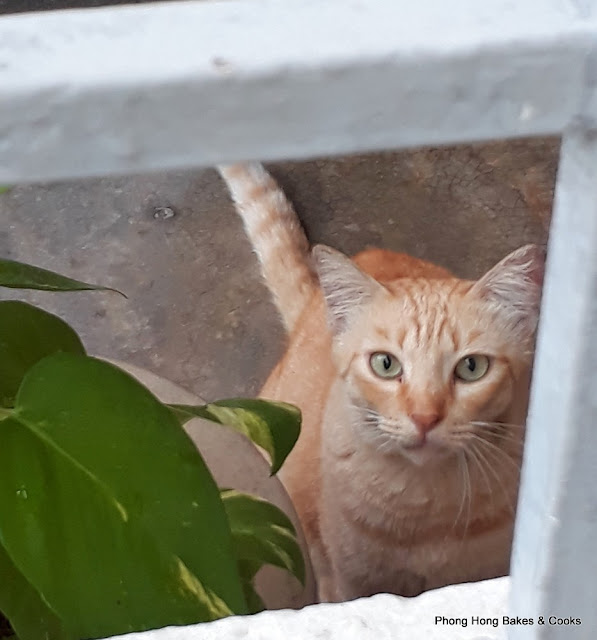 .... I heard mewing and I spotted Kitty Cat next door. So I called out to her and she immediately came over to my side. And then I spotted this leng chai. 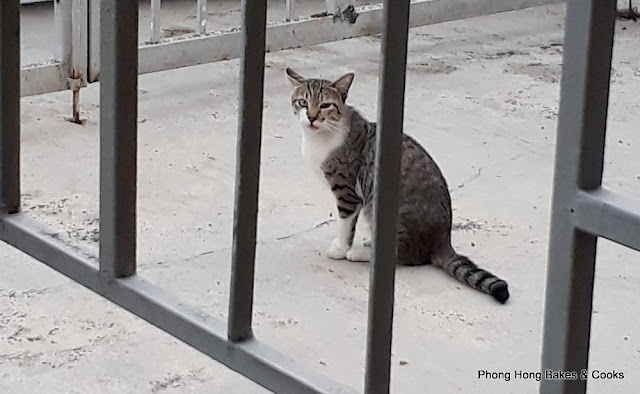 So I called out to him too. But this guy is not so friendly. He was hesitant but when he saw Kitty Cat come over, he was convinced. 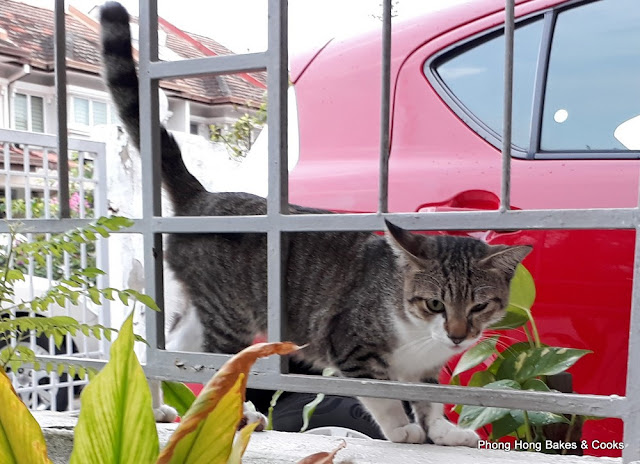 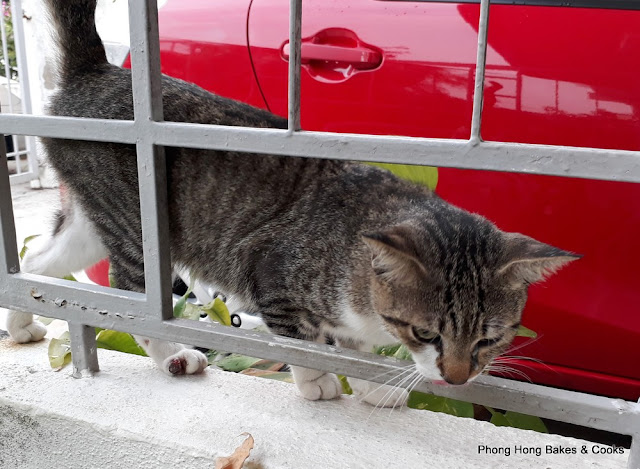 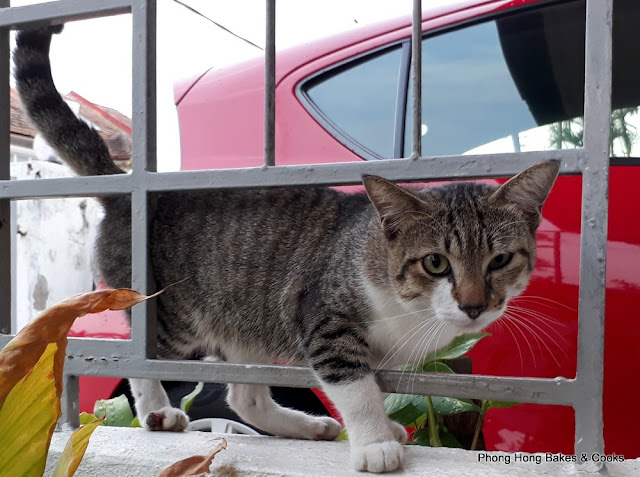 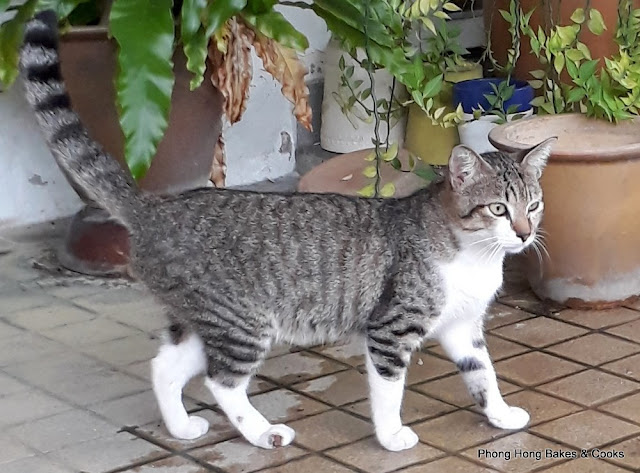 And there he was. But he won't let me near him. 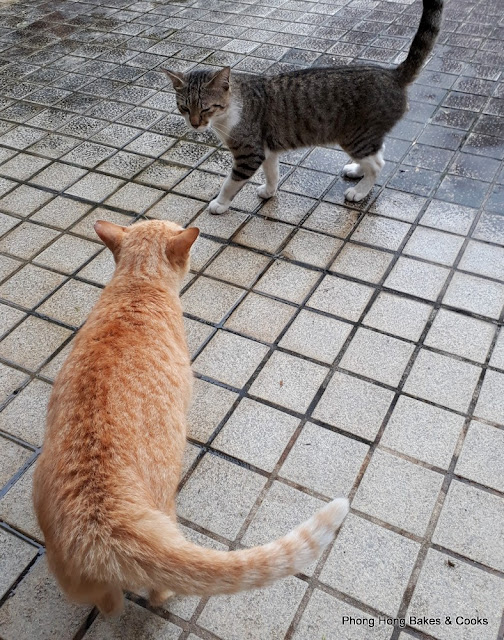 Ah Boy tried to play with Kitty Cat but she hissed at him. Why, eh?

Is this how they play? 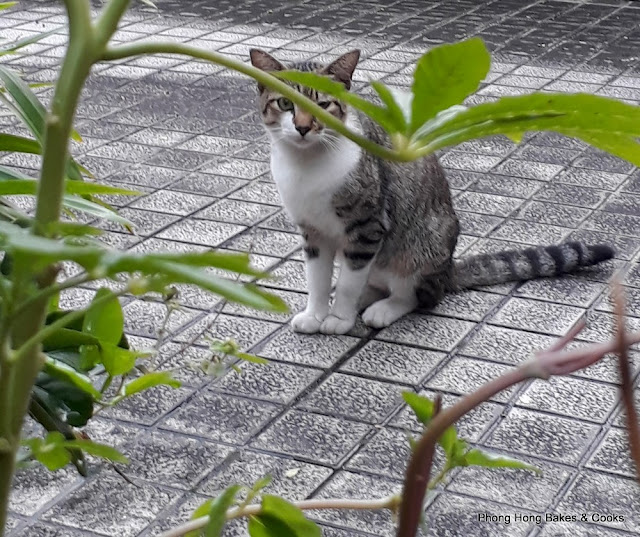 When Kitty Cat followed me to the garden, he stayed behind. Then he got bored and left. 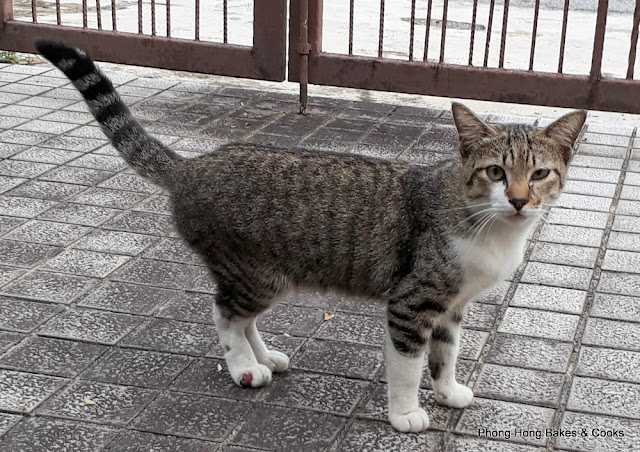 Outside, a little doggie approached. 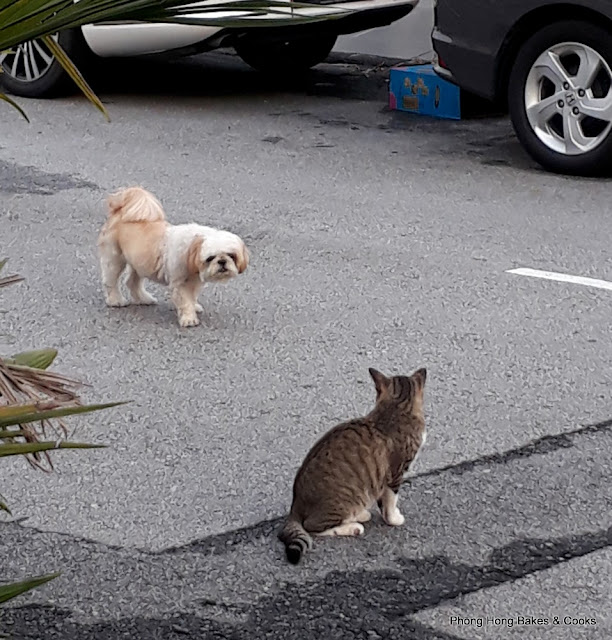 I was wondering what would happen. Nothing. Little doggie just turned around and walked away. 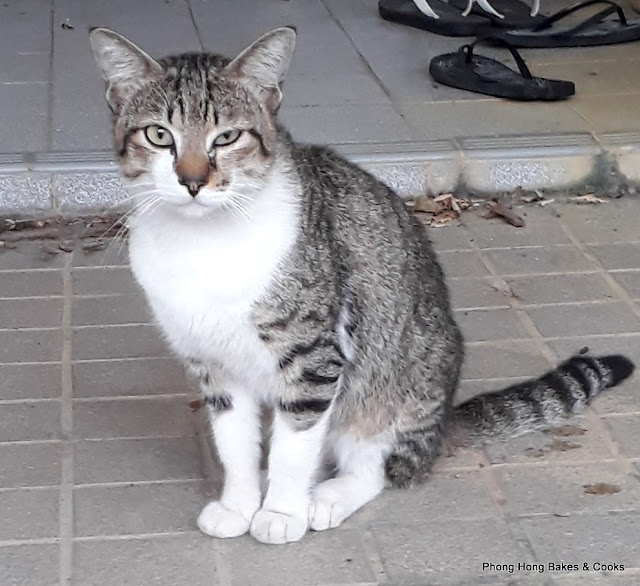