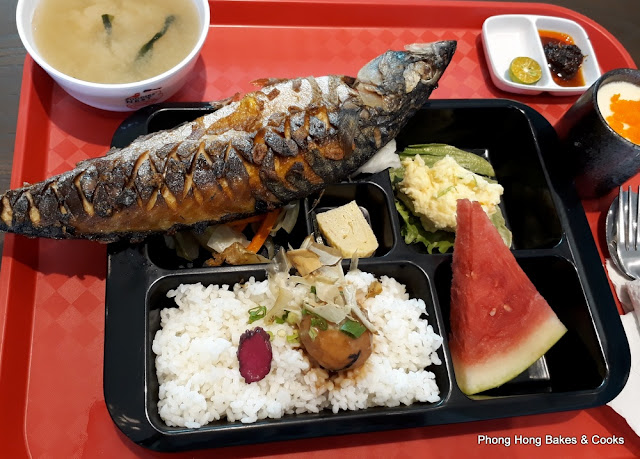 I have been having my meals every now and then at the food court (A Foodie's Nest) at The Starling. So far I have only stuck to one side of the food court which is the one that houses my favorite chee yok fun heh...heh.... 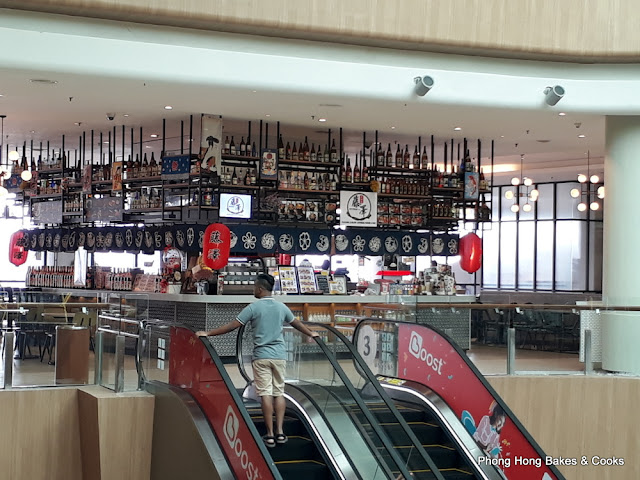 I wanted to eat a more well balanced meal and I figured that a bento would be a good idea. Besides, I have been curious about this Japanese kiosk. 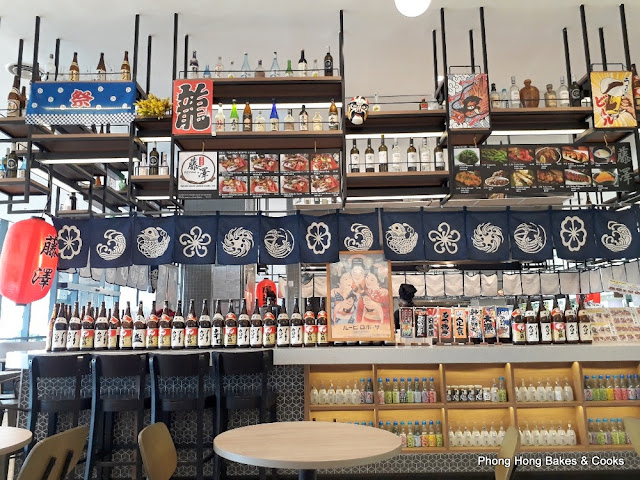 Fujisawa Izakaya, it's called and I checked the menu. 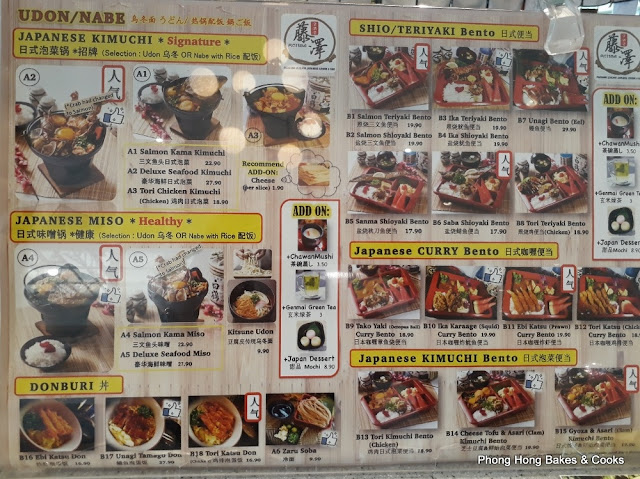 There is an assortment of udon/nabe, bento and donburi. Hmmm.... not bad. 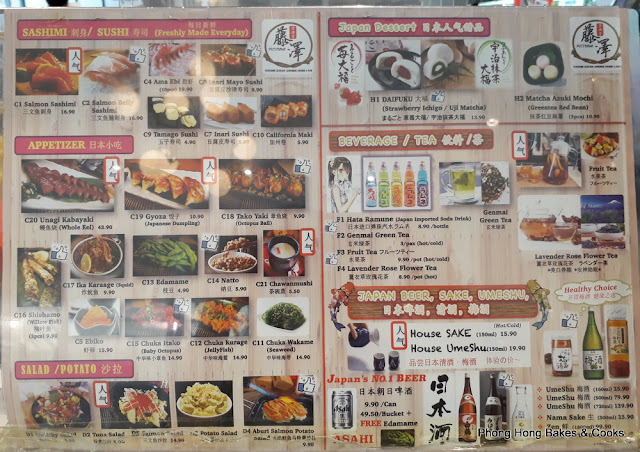 Then there are the sashimi/sushi, appetizers, salads, dessert and beverages (alcoholic and non-alcoholic). Choices in each category are limited but that's to be expected of a kiosk at a food court. 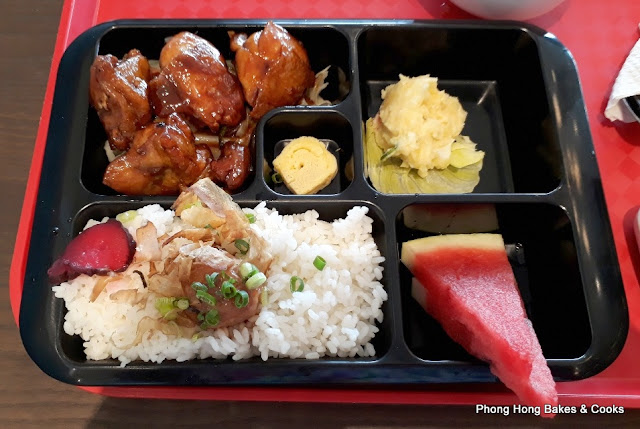 The only item I disliked was the tako yaki (octopus ball) which was sitting on my rice. It was floury and had an unpleasant taste. Other than that, I enjoyed my meal.

Then on another visit I tried the Ika Teriyaki Bento (squid, RM19.90). 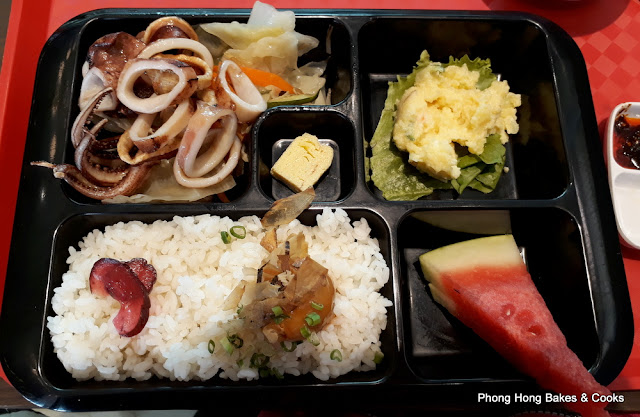 Again I disliked the offending tako yaki. The squid was just so so. Not going to order this again. 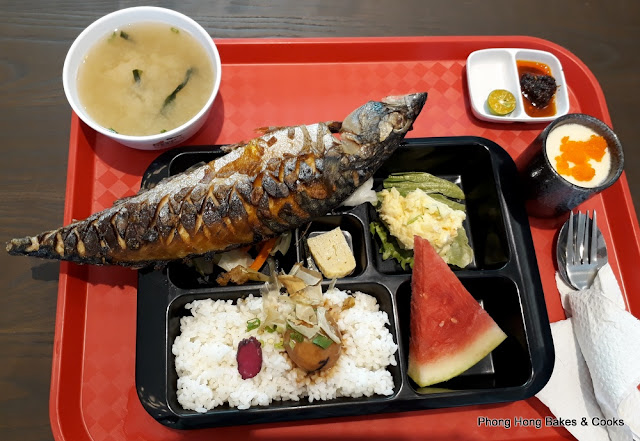 But don't get too excited. 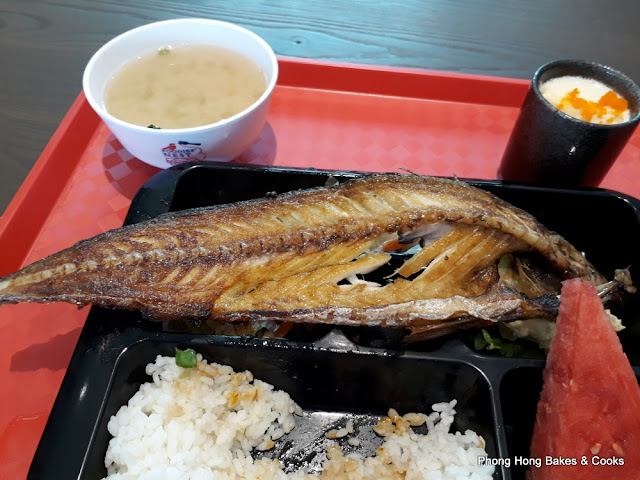 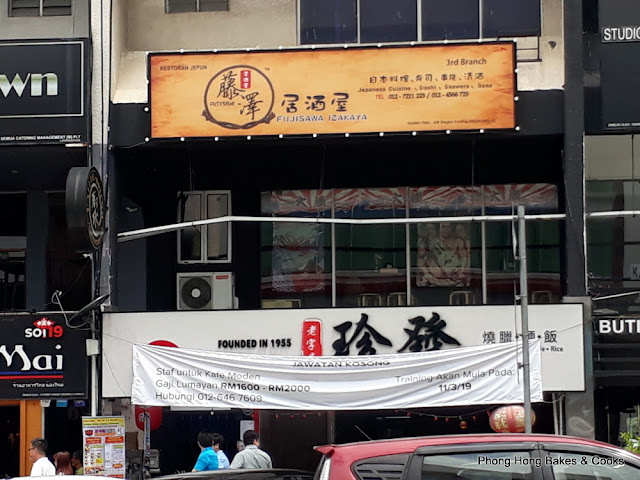 I later realized that Fujisawa Izakaya has a restaurant proper nearby, above the now closed Pudu Chan Fatt Wanton Mee.

Then on my latest visit, I had what I spotted (and coveted) on my earlier visits. 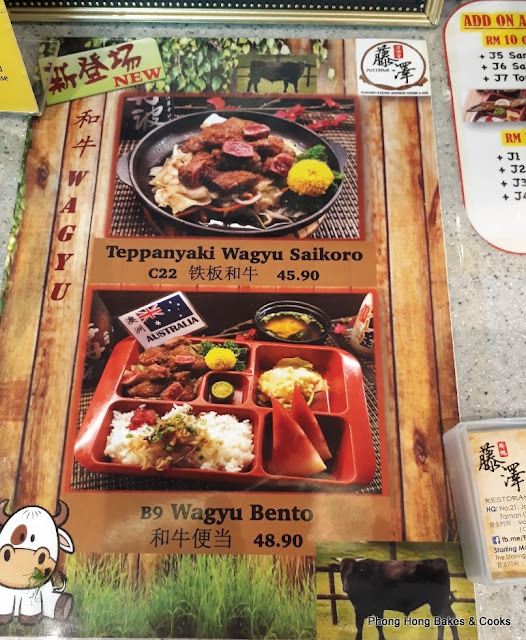 Feeling extravagant, I told myself, what the heck. Life is short. 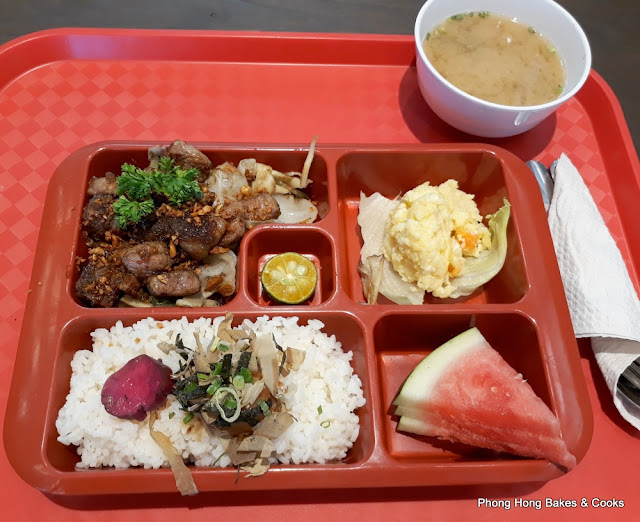 Yes, the tako yaki was still there and since there was half a calamansi lime in my tray, I squeezed that over the octopus ball and that made it somewhat palatable.

Was the wagyu beef any good? 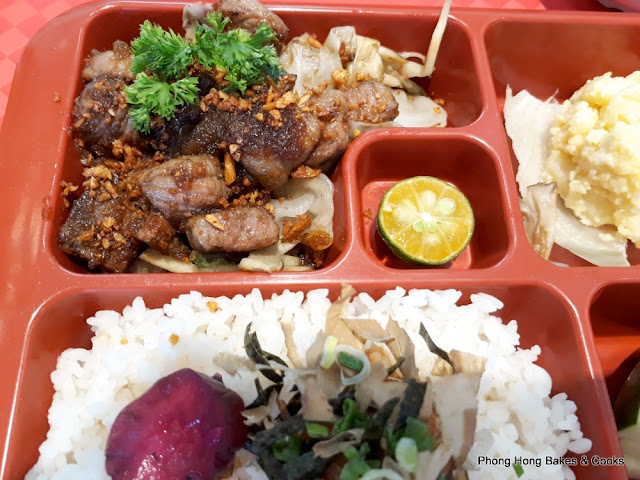 Yes, it was. The beef was well executed and very tender. I liked the ginger/garlic sauce that dressed the meat. It was a pricey meal and luckily it was good.

I guess I can come back whenever I want Japanese food and the fact that they accept Favepay (where I get cashback from each visit) makes it even more attractive.
Posted by PH at 08:05