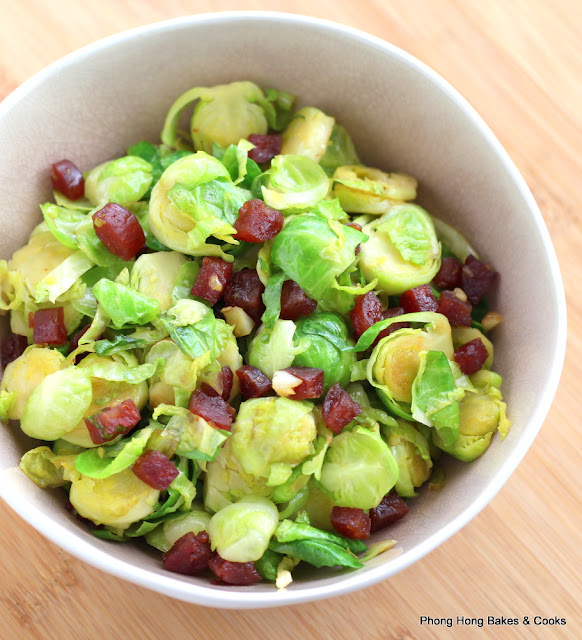 But I was not too keen on them because the children in the stories disliked brussel sprouts. And then when I was older, my mum told me about how the Scottish cooked their vegetables. They just boiled the veggies and seasoned them with salt.

No wonder nobody liked their veggies! 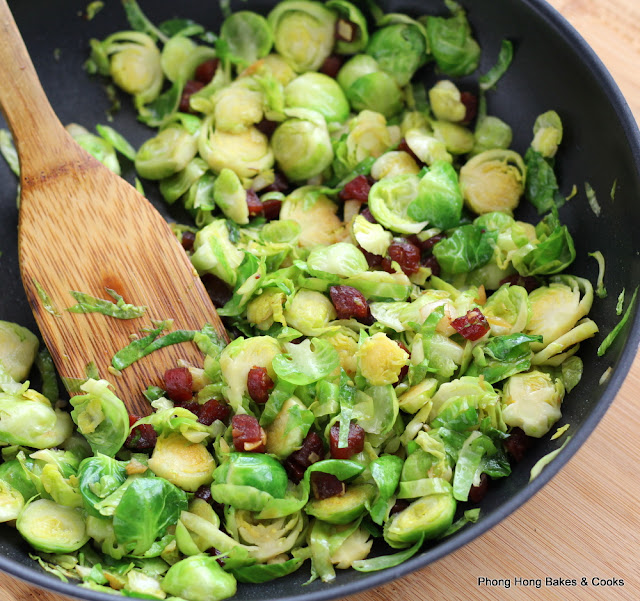 Brussel sprouts can be delicious. Cook them with something awesome like bacon or sausages or lap cheong.  And must have garlic, ok? 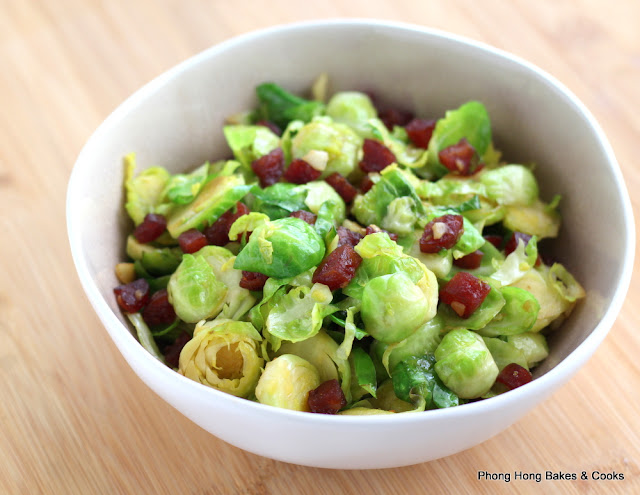 Just chop up one lap cheong and 4 cloves garlic. Saute the lap cheong until aromatic and oozes oil, then throw in the garlic and stir fry until lightly browned.

Next throw in the sliced brussel sprouts and stir fry until they are just cooked. Season with salt and pepper.

Now tell me you still don't like brussel sprouts. 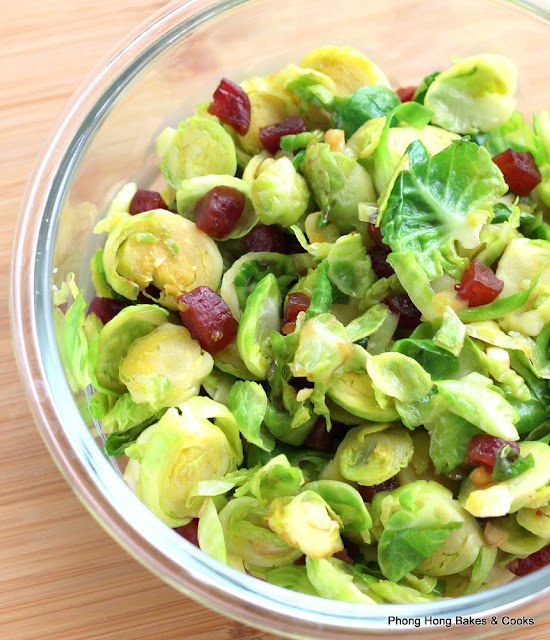 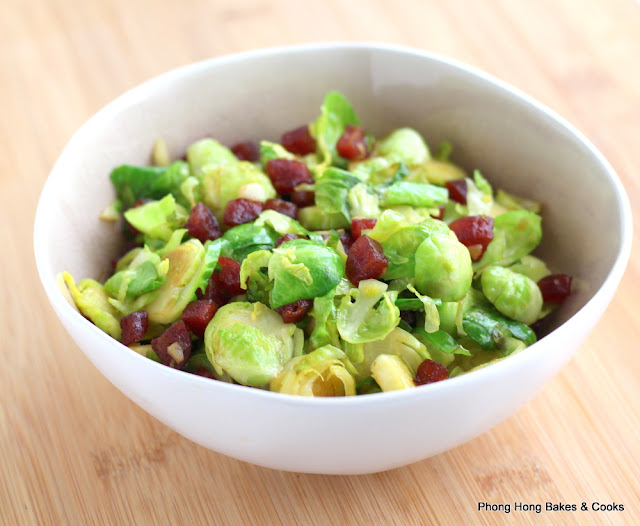