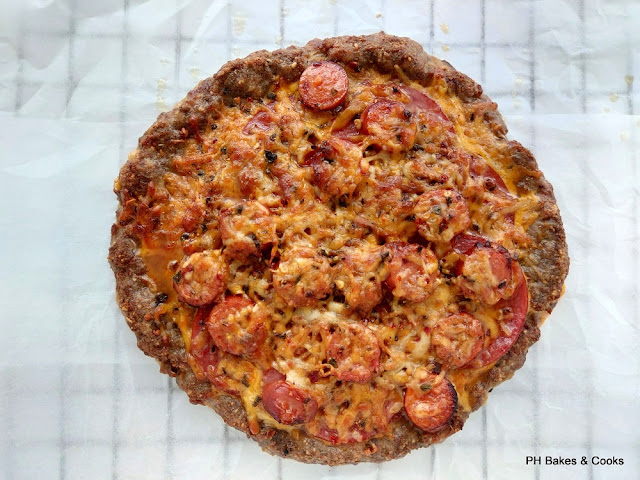 The vegans/vegetarians have fake meat. Carnivores have fake pizza base hah..hah...
If you ask me, I would prefer a meat based pizza crust rather than a crust made from flour. You know I love pizza but conventional pizza has a bigger ratio of carbohydrates to topping. And that is BAD for me. 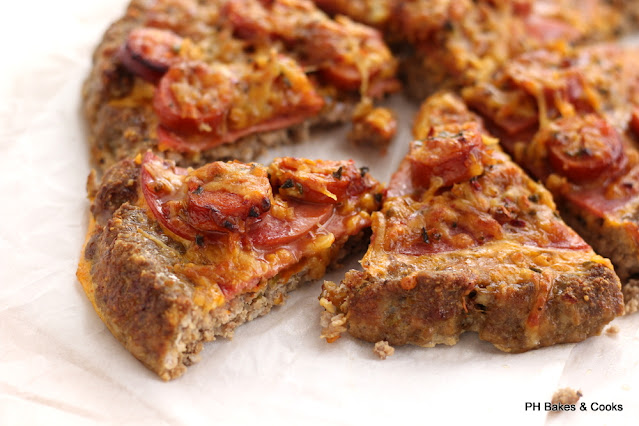 I found this recipe at Greek Goes Keto but did not follow the recipe exactly.
I used a mixture of minced pork and beef for the base. 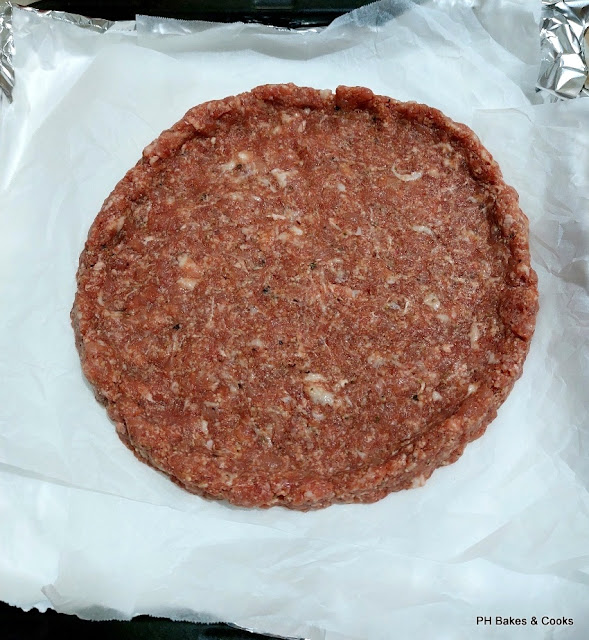 Then just form it into the shape of a pizza. After that bake in the oven. I need to find a solution to resolve the excess liquids that seep out of the base.
These are the fillings. 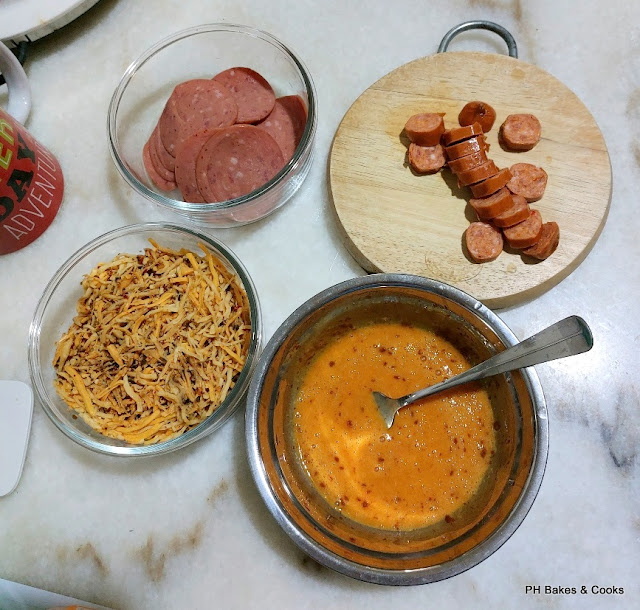 Instead of tomato paste, egg yolks are used. 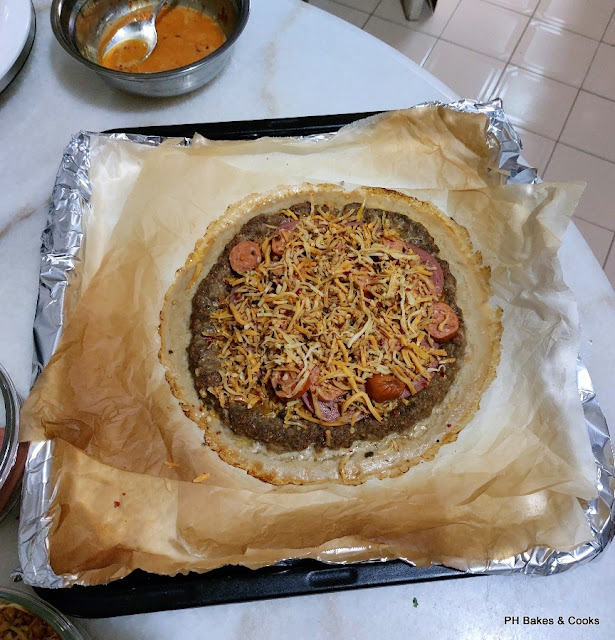 Apply the egg yolk mixture, top with shredded cheese, then put the pepperoni and sliced sausages on top and cover with more shredded cheese.
Then bake in the oven. 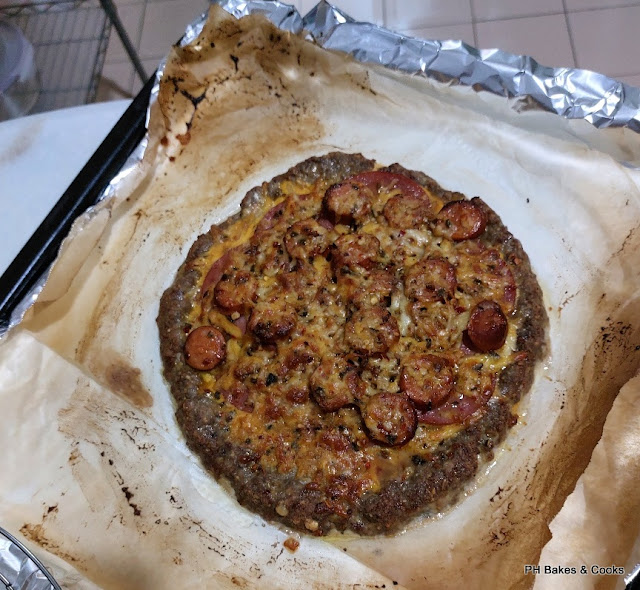 Bake until all the cheese have melted. 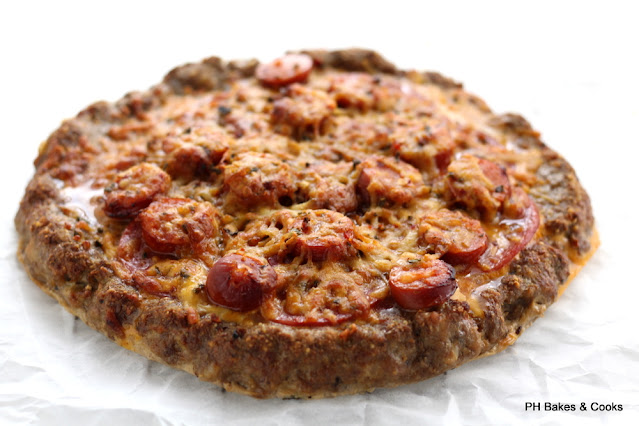 It looked and smelled pretty good. 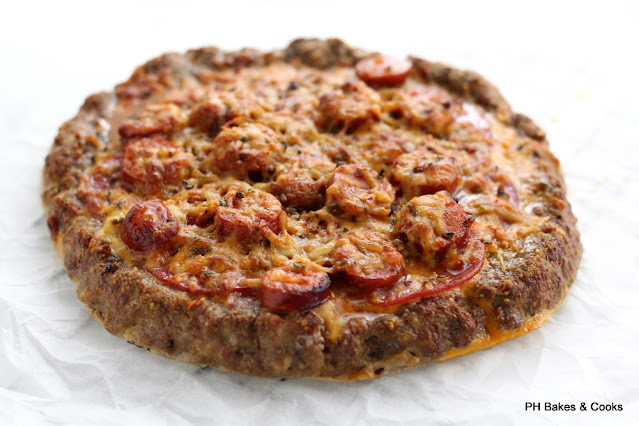 I had to wait until the pizza was sufficiently cool before slicing. 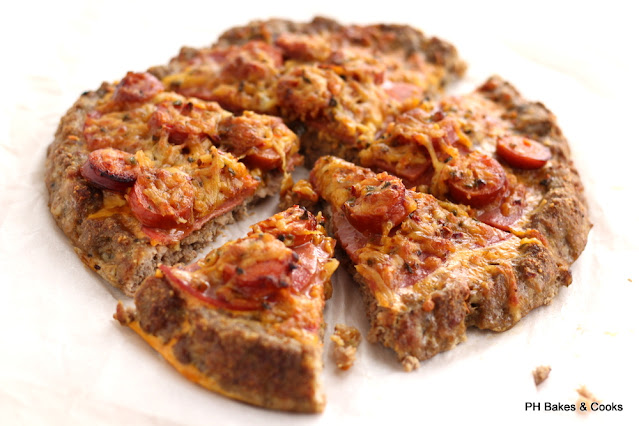 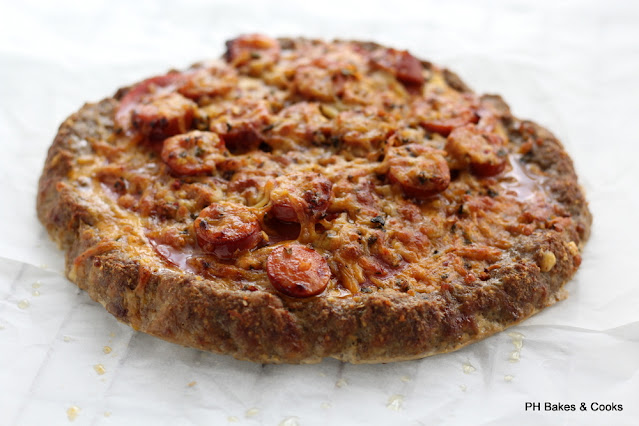 The crust is not crispy of course. I should make it thinner next time to make a bigger pizza so that I can put more toppings and cheese. I'll have to tweak the recipe and methodology a bit before I publish an adapted recipe.
Posted by PH at 12:42