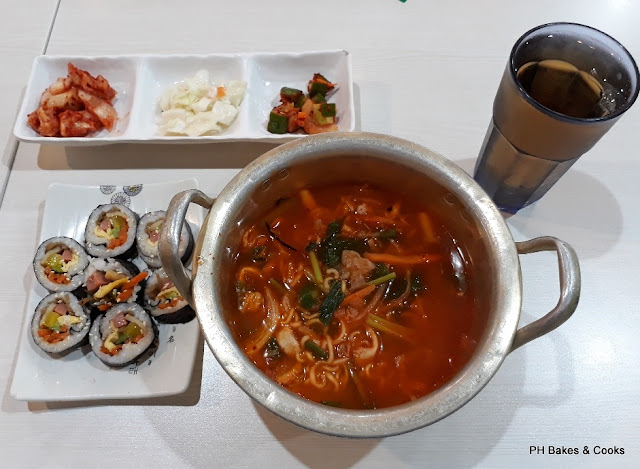 I have been bringing food to work but only for one meal so that I don't get bored. Besides I want to do my part to help the restaurants around Damansara Uptown and give them some business.
The other day I was too early for an appointment. I thought it was at 9:00 am but apparently it was supposed to be at 10:00am. Since I had time to kill, instead of walking back to my office, I decided to have brunch. 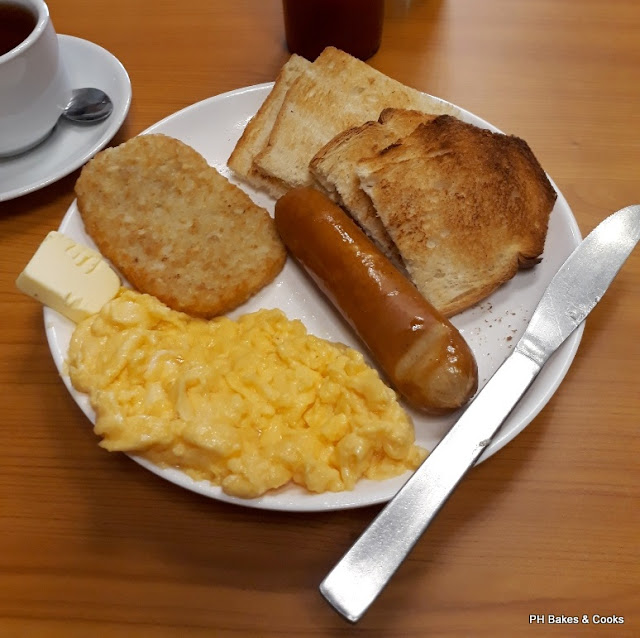 I went to Inside Ipoh and had their breakfast set which came with a cup of tea. 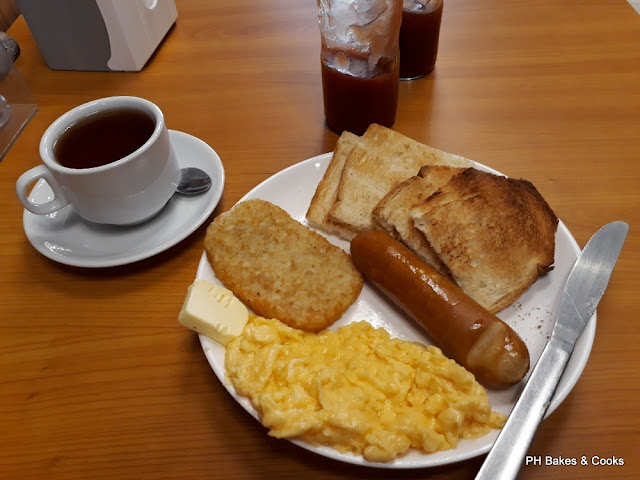 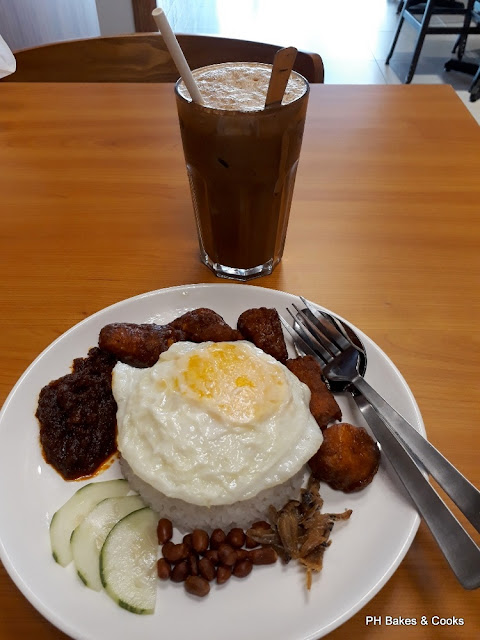 The next time I visited, I tried their nasi lemak with ayam goreng berempah. 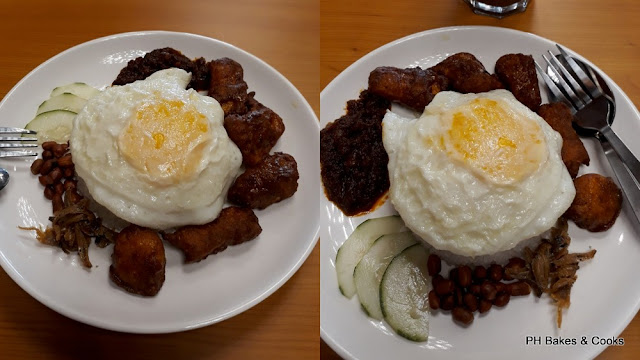 I found the fried chicken too heavily marinated with curry powder. Suffice to say, I only enjoyed the Ipoh White Coffee. 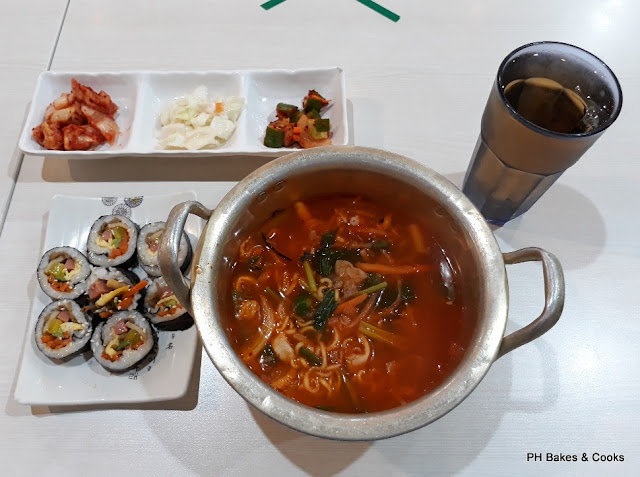 Some weeks later I dropped by Sopoong @ The Starling. I had been wanting to try the gimbap (similar to Japanese maki) and I was also curious about their ramyeon (which essentially is Korean instant noodles).
So I ordered the set which comes with iced green tea. 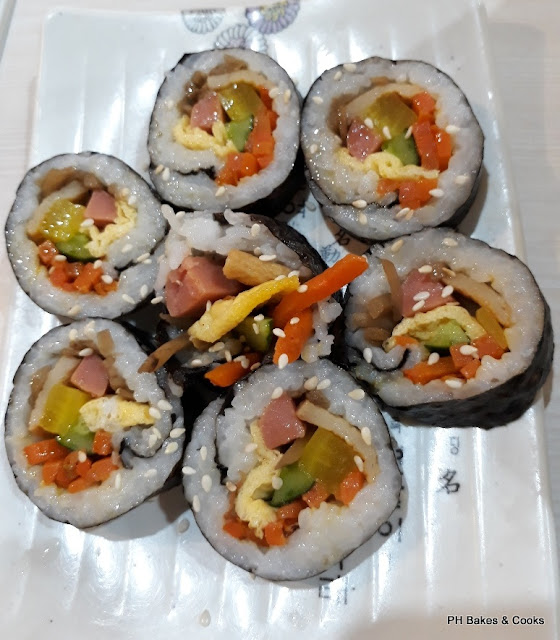 The gimbap was quite bland and the taste was just ordinary. 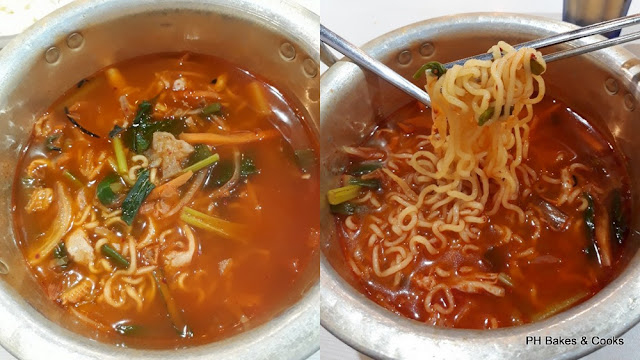 The ramyeon was actually quite nice. But since it is instant noodles and does not contain much (or any) protein, once is enough to satisfy my curiosity. 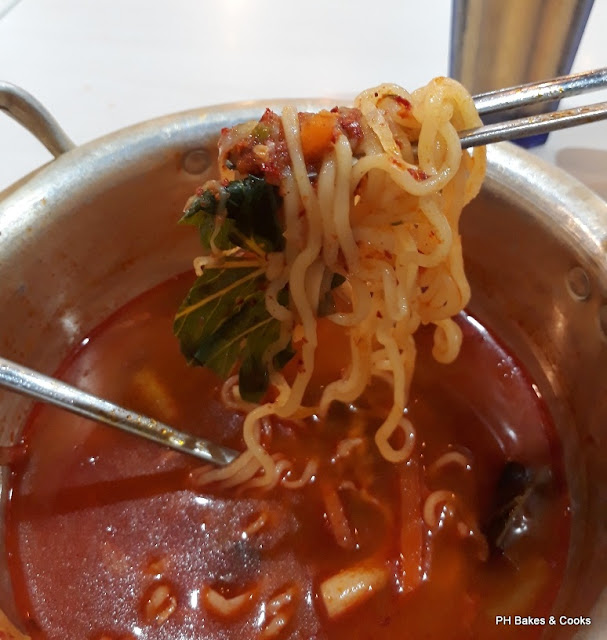 The some days later I returned to try the kimchi pancake. 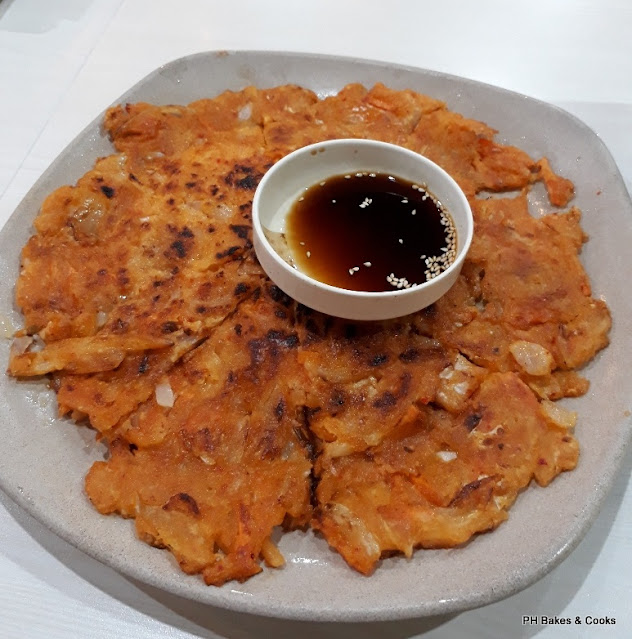 Oh! It was very nice and very garing (crispy). I did not expect much but I was very pleased. 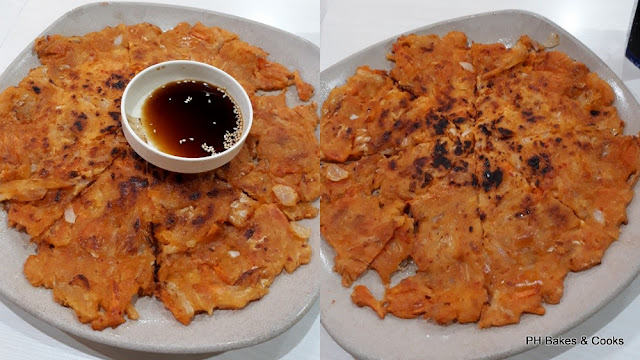 Just one pancake like this is enough for a meal. 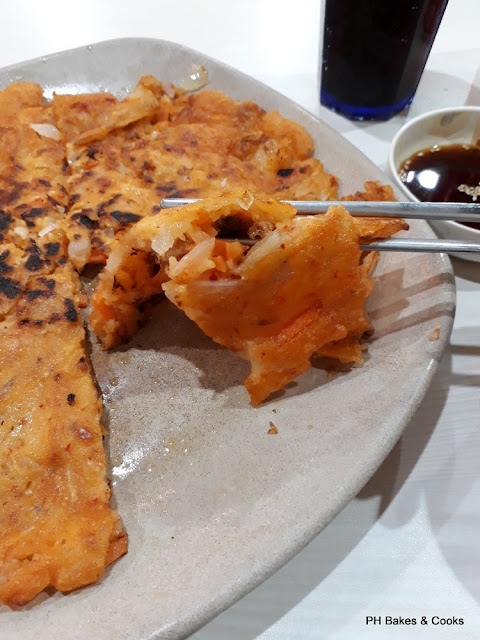 I will come back for more pancakes hee..hee...
Meanwhile, some developments in the neighborhood. 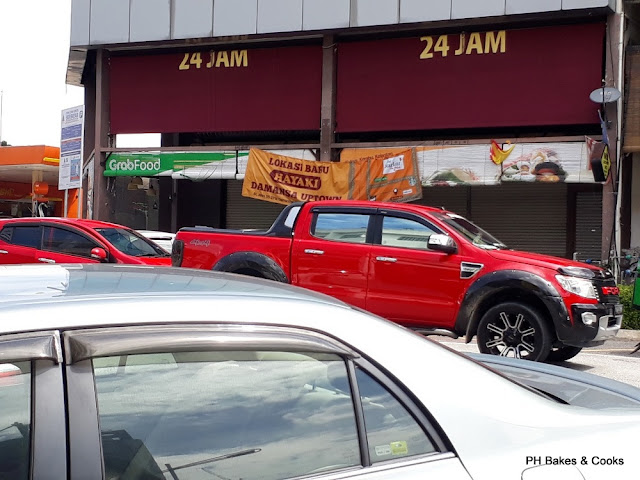 Hayaki has moved from the corner lot to another location. 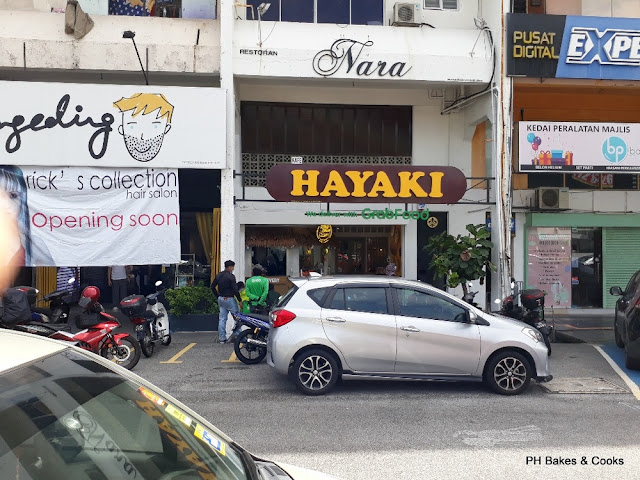 To a much smaller lot along the same row as The Good Batch. 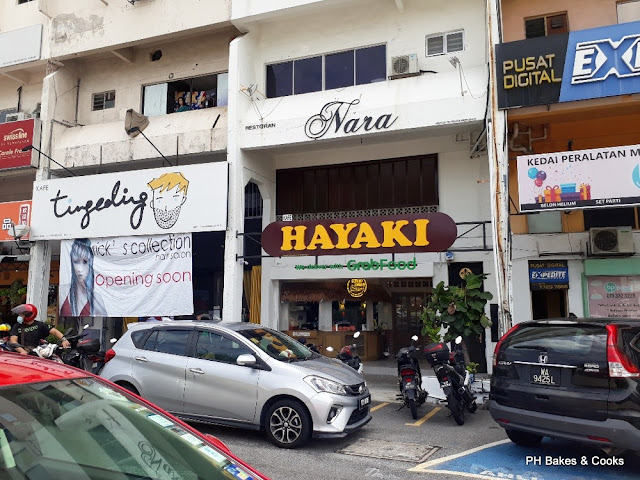 I guess since most of their business is via Grabfood delivery (judging from the number of Grabfood riders who are constantly waiting outside) it makes sense to move to a smaller space to save on rental. 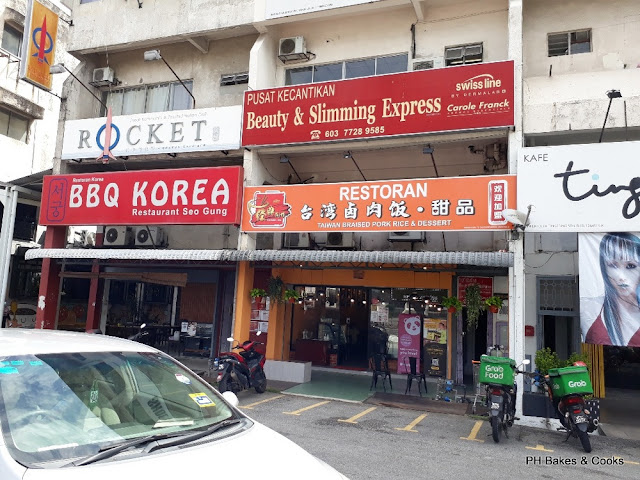 I also spotted this new restaurant - Taiwan Braised Pork & Dessert. I shall drop by to check them out.
Posted by PH at 08:11