Too Early, Too Bad 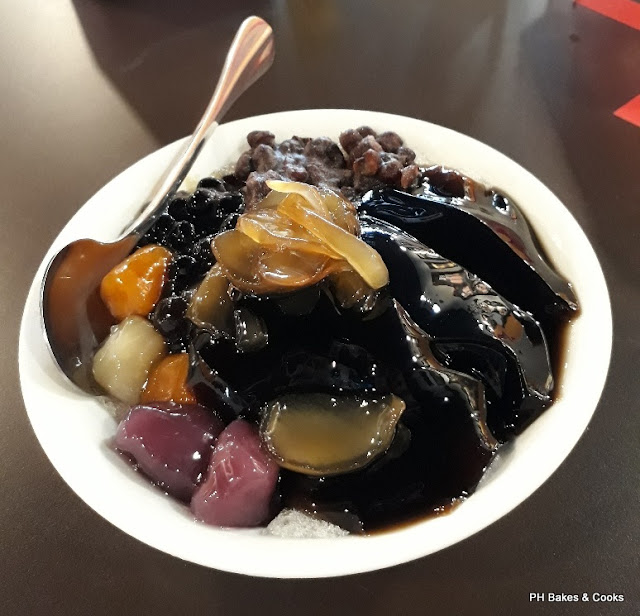 Before I get into the subject matter, let me start my cerita from the beginning. I was coming back from lunch when I passed by this banner. 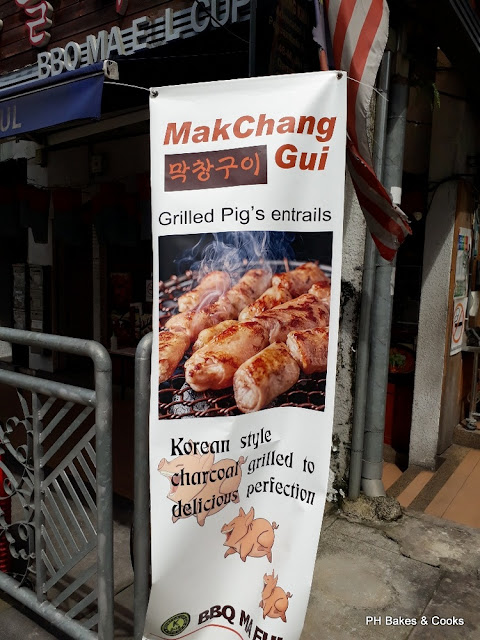 It was outside BBQ Ma Eul Cup Bab, a restaurant I visited  (only once) four years ago. Then I saw their lunch menu that they placed outside. 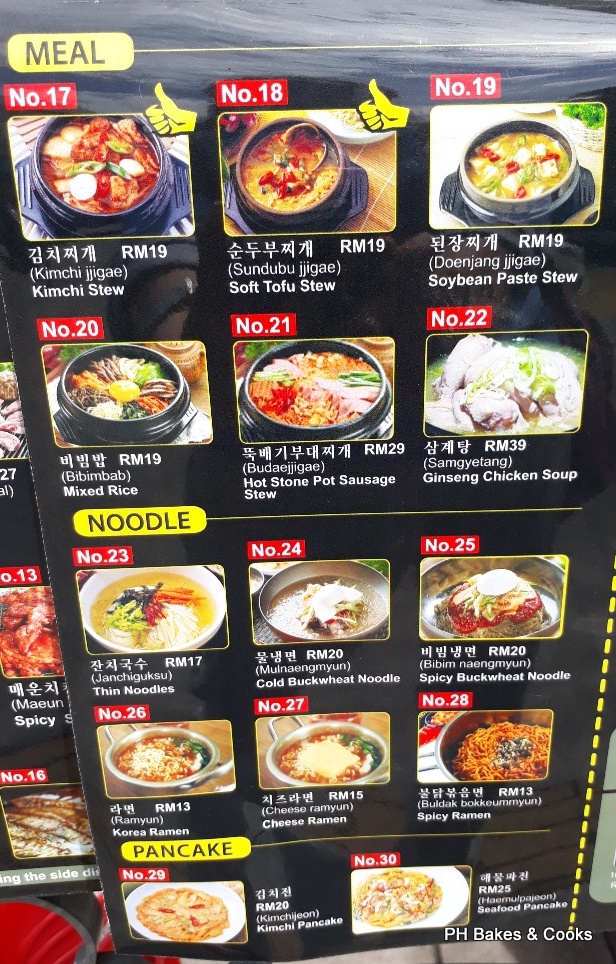 I thought the lunch sets were quite nice and I dropped by a few days later. 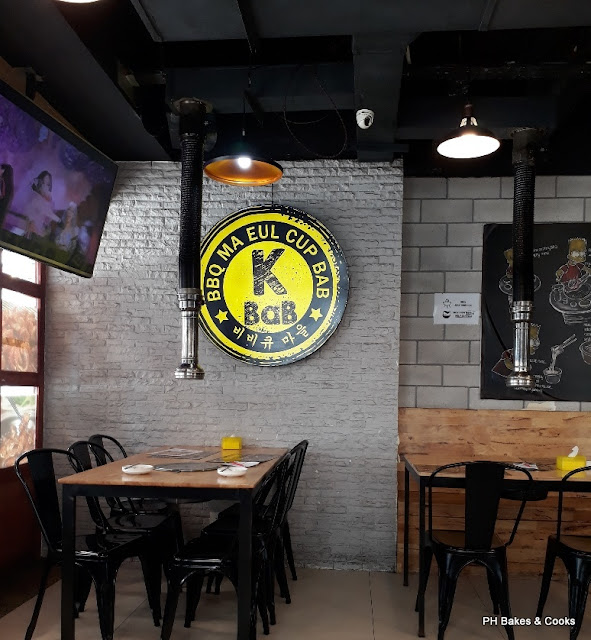 I was actually early. It was something like 11:40am when I walked in and the service staff showed me in. It was only while waiting for my food that I realized their operating hours are from 12:00pm to 12:00am.
I ordered the Kimchi Stew (just to taste another kimchi stew not cooked by me) and a mug of iced green tea. While waiting, I was entertained by K-pop groups on TV with their catchy songs and killer dance moves. 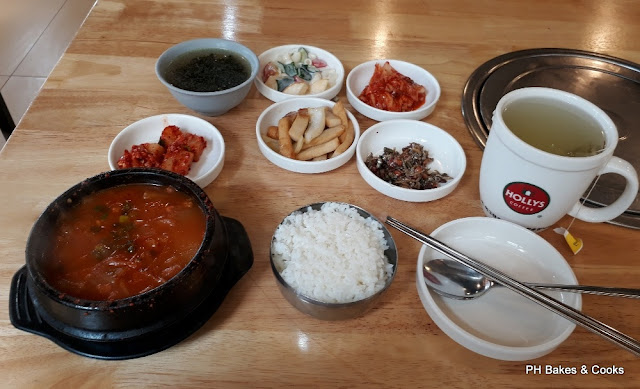 My kimchi jigae came with rice and 6 banchan. The tea was very diluted. 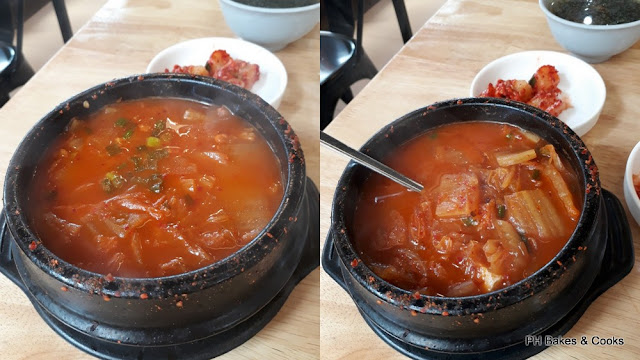 The kimchi jigae was pretty good but all you get is just lots of kimchi. 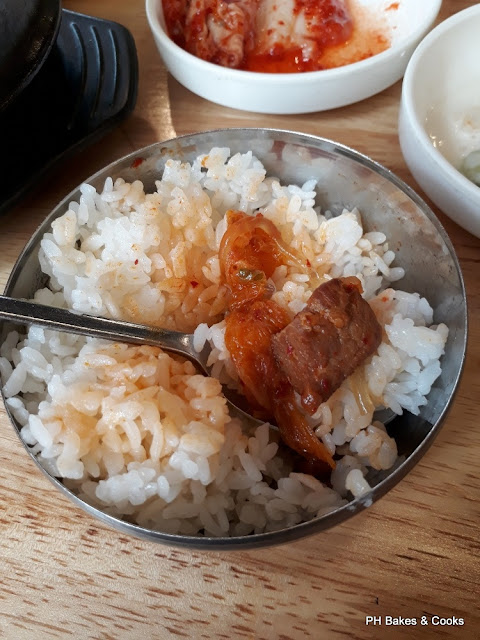 But I eventually found one or two small pieces of meat. From this meal, which was all right, I have decided that I don't need to try anymore kimchi jigae because the one at home got standard lah heh..heh...
Some days later, I returned wanting to eat Bibimbap. This time I made sure not to be too early but I was still early, arriving 10 minutes before opening time. The staff (a different one) told me that they only start at 12:00pm and turned me away. Oh well.
If the boss were there (or if I were the boss or the staff-in-charge) I am sure the early bird would have been seated and given the menu. After all, I was 10 minutes early. Had I showed up an hour or even half an hour early, I would understand.
Never mind. I go elsewhere since the food is not that outstanding to warrant coming back in 10 minutes time. 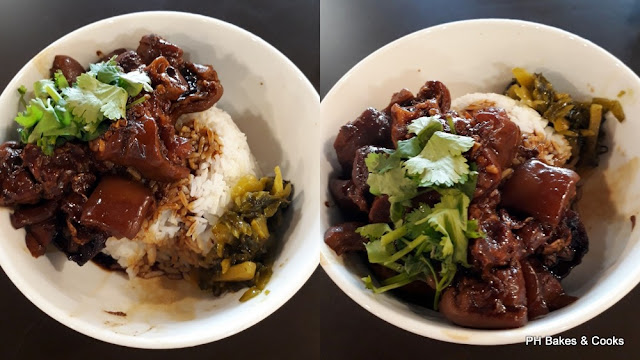 Oh yeah. I went to get me a bowl of porkie goodness at a place that opens early. I love eateries that open at 11:00am or earlier. 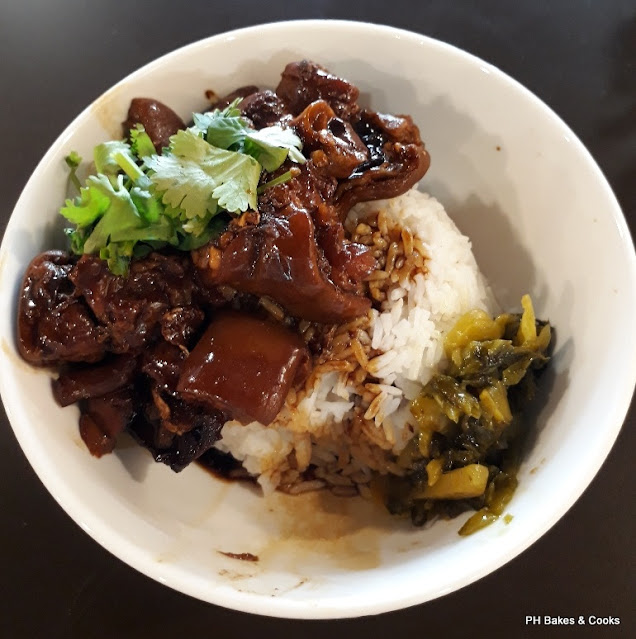 The trotters were superb! This is better than bibimbap (no, not sour grapes, please).
I couldn't resist getting something cooling too. This one is with mango. 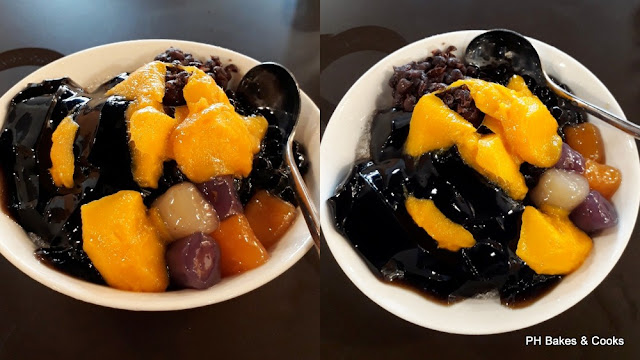 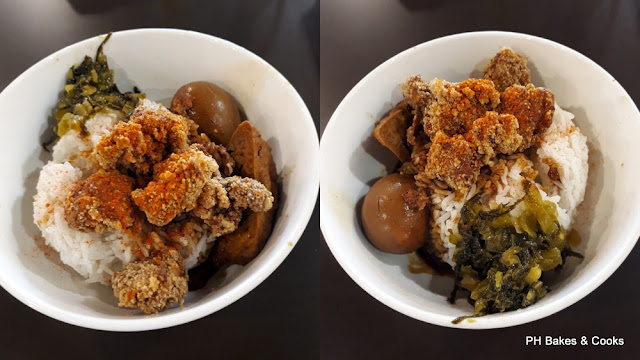 It was so good! 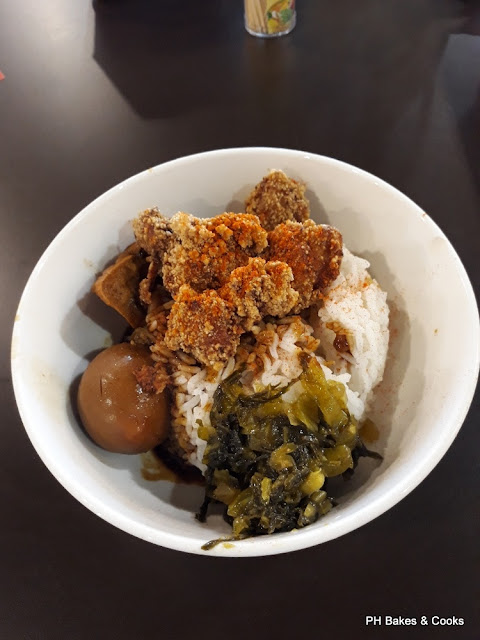 Crispy and crunchy and moist. Very tasty indeed and not too salty at all. 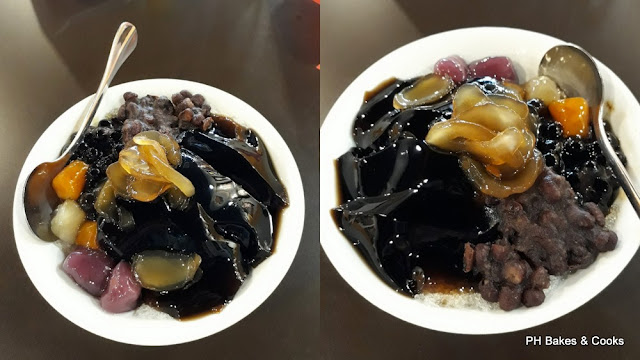 I couldn't help it. Sea coconut this time. 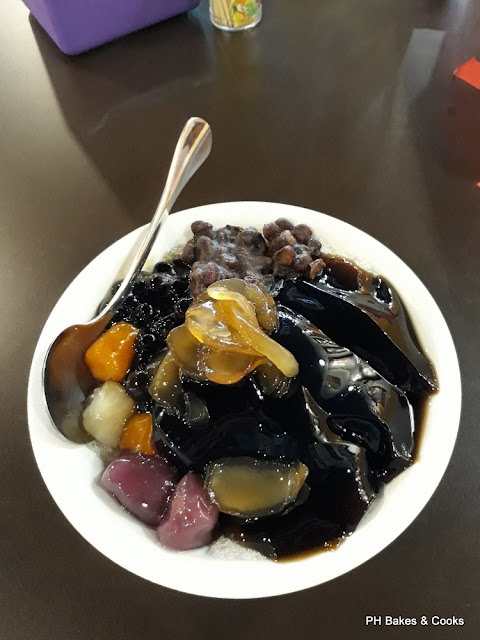 Well, Taiwanese food that I enjoy, finally.
Posted by PH at 08:34