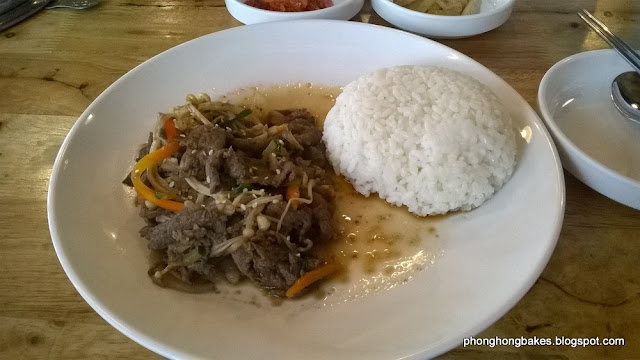 It's quite a tongue twister, this. Ma Eul Cup Bab. And quite hard to remember. But that's just me. I know a lot of you out there are K-pop and K-drama enthusiasts and anything Korean rolls off your tongue very easily. Not me though.


This Korean restaurant is newly opened and is just next door to Baskin Robbins in Damansara Uptown (where the bakery Free Mori used to be). Of course I was excited because I love Korean food.

One fine day I decided to pop by for lunch. I've been inside when it was occupied by Free Mori and the space is small. 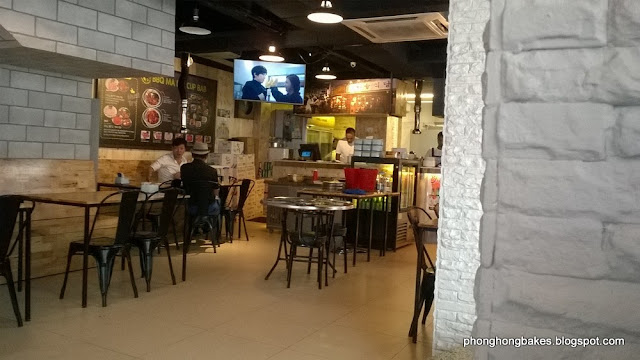 I think there was minimal renovation done except for the facade. I was early, trying to avoid the lunch crowd. A week or two ago when I passed by, I noted that it was quite popular with the office workers. 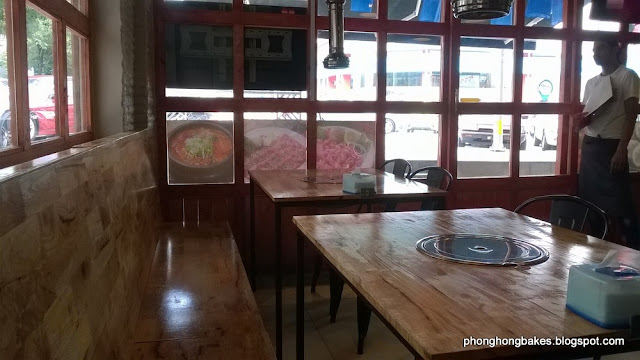 Since I was alone, I did not go for the BBQ. But I noted the guy at the table opposite mine was alone and he was having the BBQ. Hmmm.....maybe I should do that too. But no, I opted for one of the set meals. 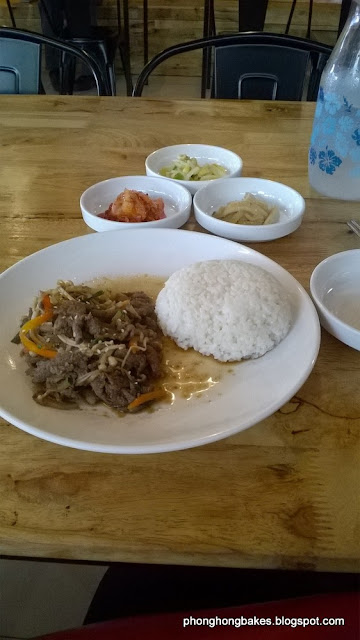 This is the Bulgogi Dub Bab. It's beef stir fried with some enoki mushrooms and strips of yellow peppers. 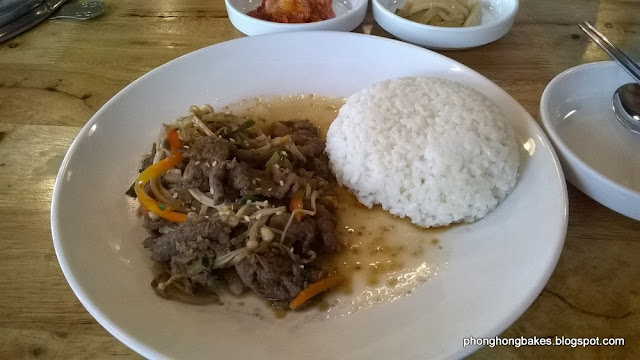 It came with the usual side dishes. Initially 3 were served. 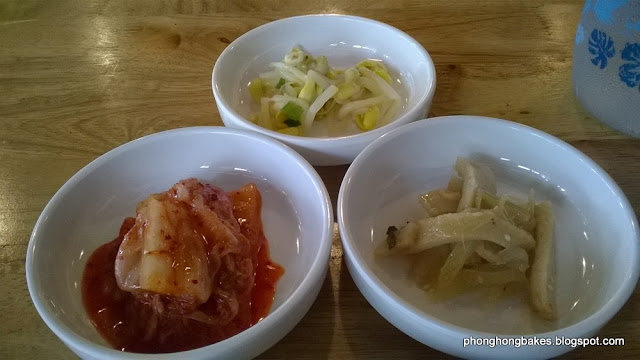 And then a sour faced Korean dude brought the 4th one to the table. 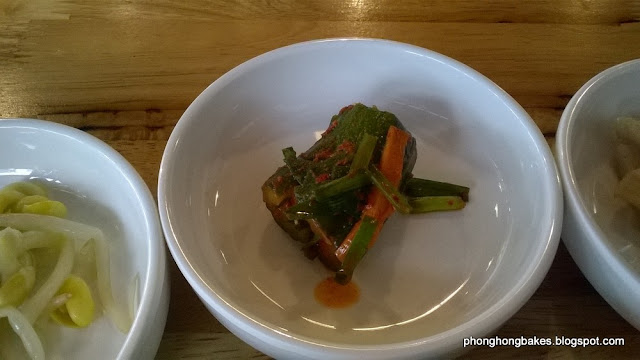 Actually I wasn't sure if he was Korean. I mean, I have been mistaken for a Korean (and sometimes Japanese), so I could be wrong.

So how was the meal? It's not bad. The beef was tasty enough but not impressive. 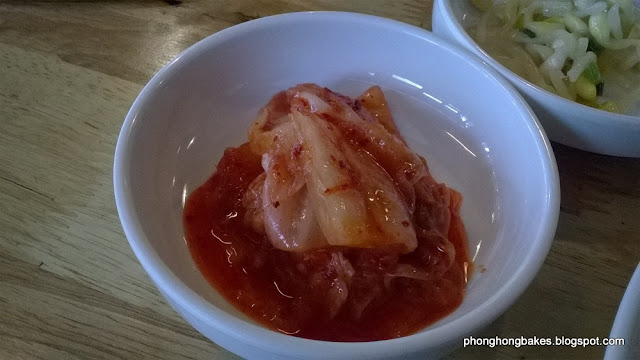 I was rather surprised that I liked this kimchi. I'm not a fan but this one suited me. It was tangy and somehow felt...how shall I put it...light. It went well with the rice. 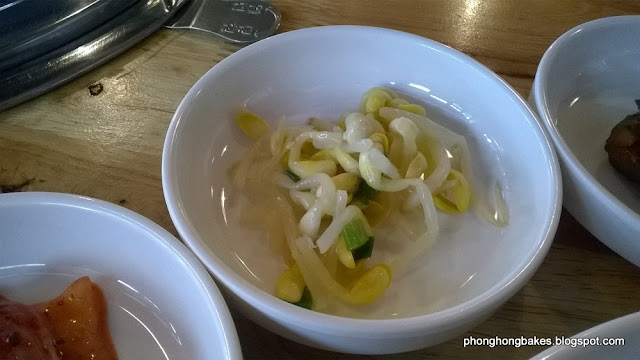 Soya bean sprouts. I never liked this but I ate it anyway. 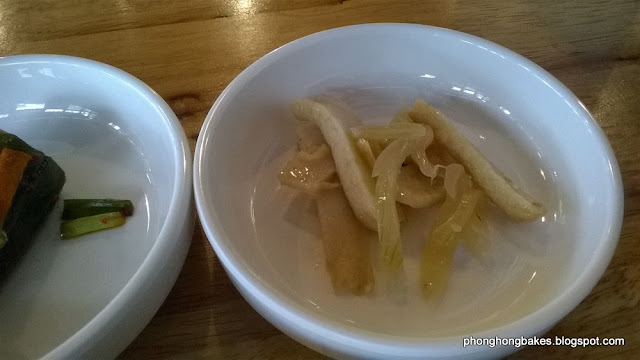 This is fish cake slices. Not very happening. Also went down the hatch. 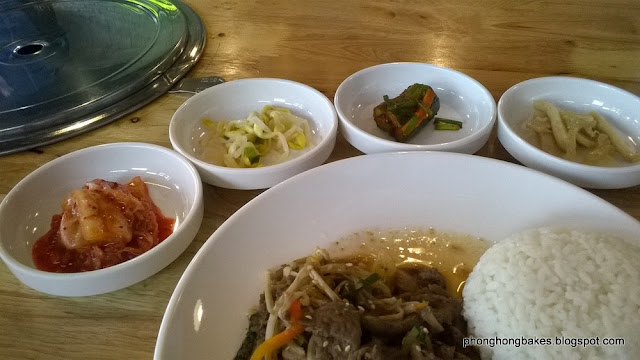 And yes, I also liked the cucumber kimchi. Am I now converted to kimchi lover?

I did not order drinks because water is served free of charge. When you are seated, the server will bring you a jug of water. 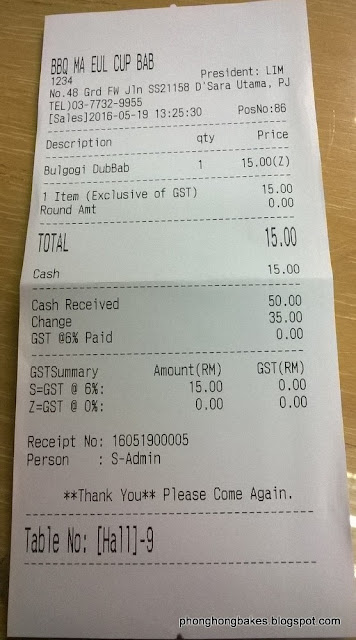