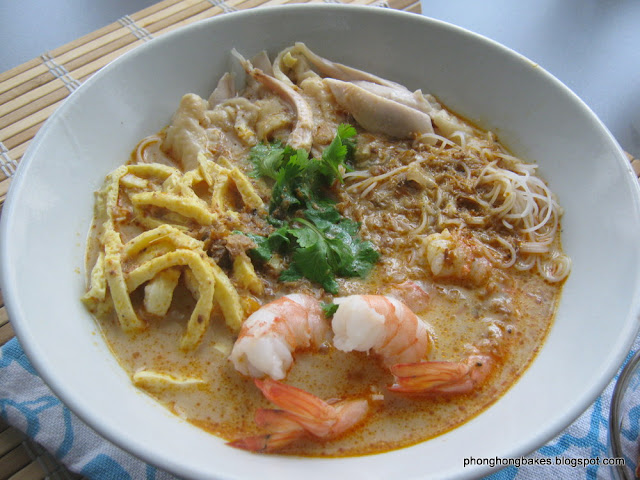 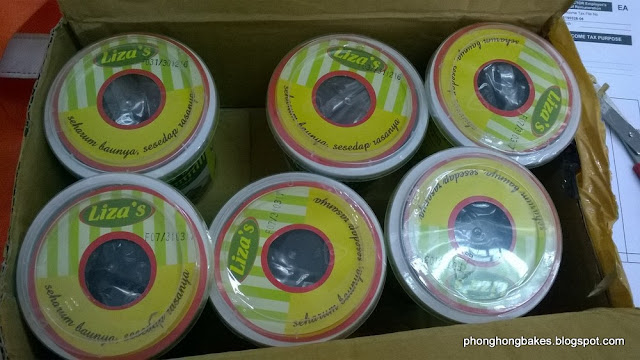 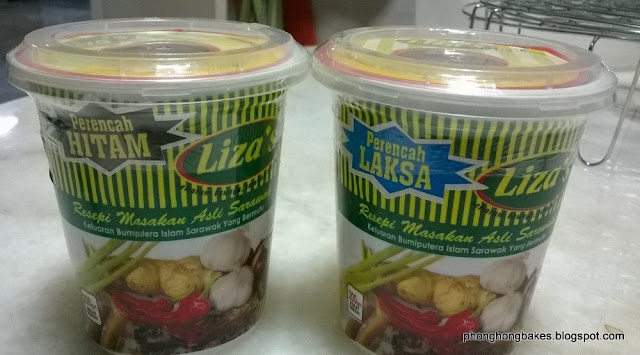 I was delighted to say the least. Thank you, Arthur! You are very kind and generous indeed. I am going to have a blast cooking with these made in Sarawak pastes. 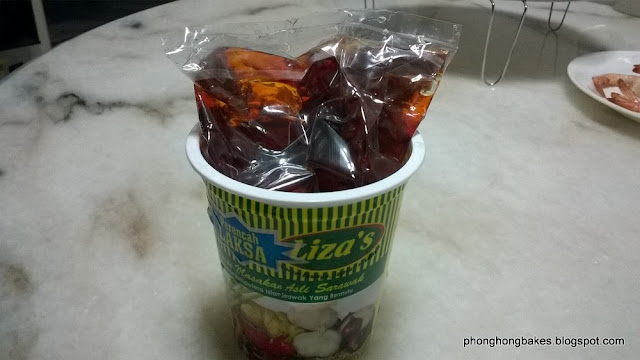 Last weekend, I was raring to go. I opened up a tub of laksa paste. The paste was neatly packed in plastic and it was clean. There was none of that stickiness/oiliness that you get from some packaged ready made pastes. There was also no smell whatsoever. 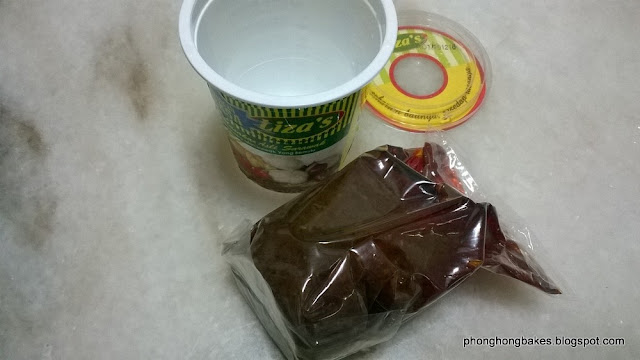 When I cut open the package, I noted that it was wrapped in two layers of plastic. Then I took a sniff. Wow! Very aromatic. This is going to be good.

I started off by boiling some chicken legs. When these were cooked, I removed them and blanched some peeled prawns. These were also removed and set aside. Then in with the prawn shells and heads. I let it boil for a while.

After removing the shells, I added the laksa paste and brought the broth to a simmer. I had a taste and noted that it was already salty. So there was no need to add any salt. After a short while, I added a packet of santan.

While all that was going on, I prepared the laksa ingredients. There you go. Beehoon, shredded chicken, thinly sliced omelette and some coriander leaves. Oops! I forgot the beansprouts which were draining in the kitchen. 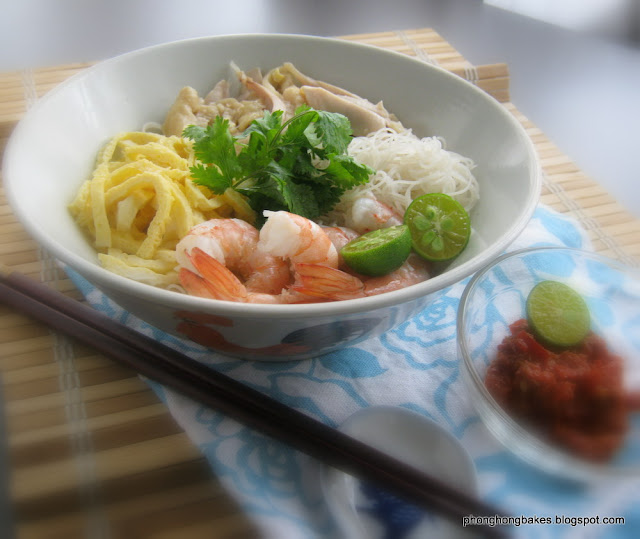 Before that, I checked Arthur's instructions again and made sure I followed properly or else I might get a scolding hee..hee...

I was not sure what herbs are usually used, I have seen mint and coriander in some blog posts, so I suppose coriander is OK. I love coriander anyway.

Earlier on, I even took the trouble to pound some sambal belacan. 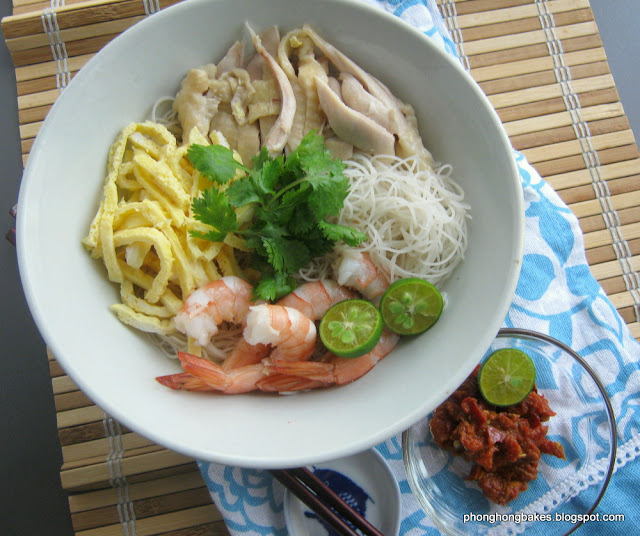 After all that was done, I ladled the laksa gravy into my bowl. Mmmmm.....very nice! So aromatic and so tasty. Yes, this paste is good. This is my first taste of Sarawak Laksa and I trust that this is the real deal. 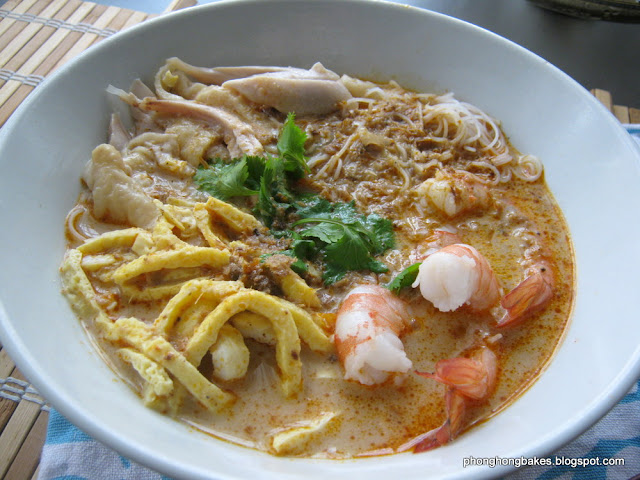 If there is anything else that I can say, it is that the broth was a bit more salty than what I am used to. It's just my tastebuds I guess. One of my brothers and even my dad would ask for salt when eating at my place hah...hah...

But the strange thing is that when I had the laksa again in the evening, it did not taste that salty. 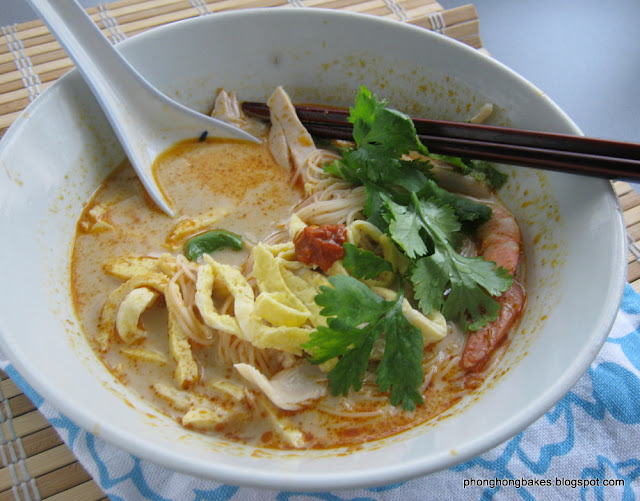 Well that was a good meal. In fact two good meals. And I have one more portion of laksa gravy for the next day. So you are right, Arthur. One tub of this laksa paste  is good for 3 bowls of laksa which is just nice for me. My partner did not have any because he is not into spicy food like this.

I have another 2 tubs of laksa paste which I am saving for another day. I have yet to start on the masak hitam paste because I have not been able to get the right cut of beef. But once I do, you bet I will be right on it!