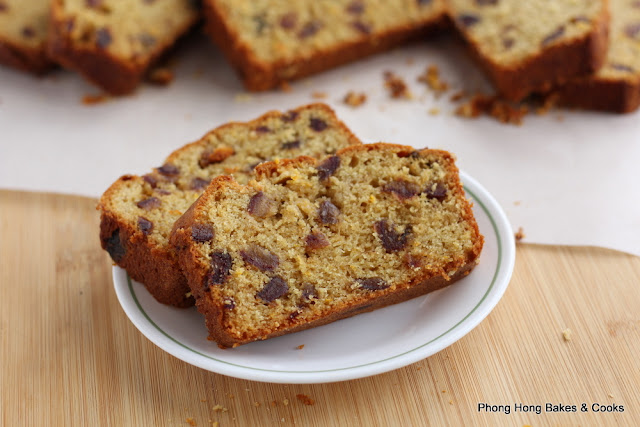 The original recipe is called Orange Date Bread but I have decided to go with "cake" since I creamed the butter and sugar. When I baked it the first time, it turned out very dry.


I wanted very much to bake this cake again since I loved the taste. But at this time of the year, I was not confident of finding medjool dates. True enough, I could not find any at Aeon or Jaya Grocer. But while buying my favorite marinated mangoes at MBG, I found that they were selling these dates. So I got myself a box.

For this recipe, the dates are chopped and soaked in orange juice. 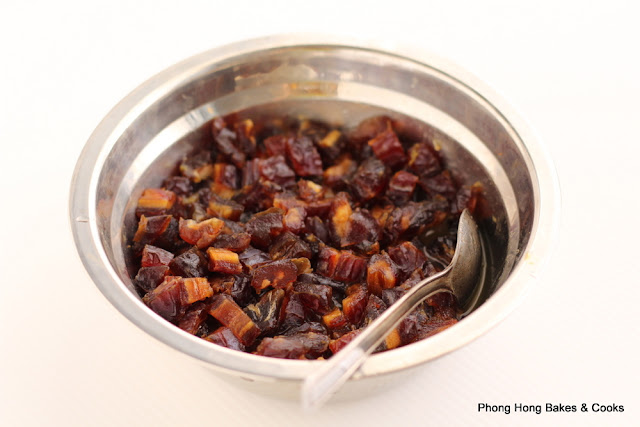 I reattempted the recipe with a few tweaks. I noted that there was very little butter in the original, so I increased butter from 4 tablespoons to 125g (approximately 9 tablespoons) and eggs from 2 to 3. 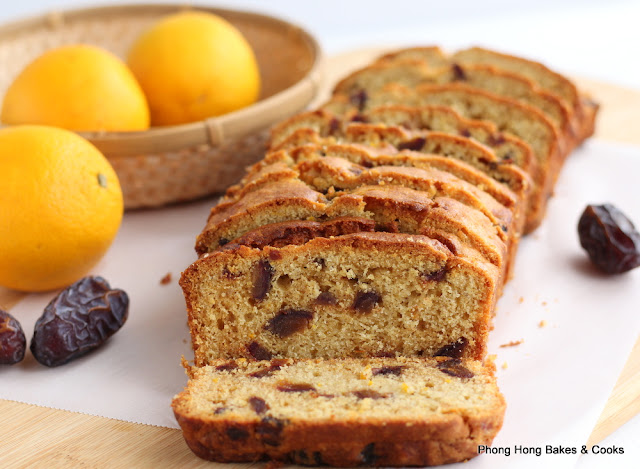 Actually I started out with 2 eggs. I was afraid that the batter would be too wet if it had an extra egg. But as I was mixing the batter, I found it needing more moisture. I was still haunted by the first dry cake and I did not want to end up with another dry one.

So. I beat an egg and poured it into the batter, something that any seasoned baker would not do. I tried my best to incorporate the beaten egg into the batter and hoped for the best.

I may have over baked the cake slightly and by the time I checked, it had overbrowned but there was till some wet batter when I tested the cake. So I tented the cake with aluminum foil. 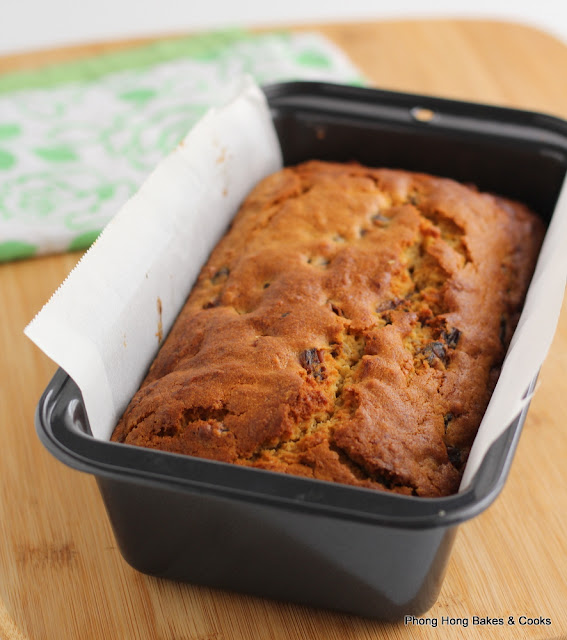 I let the cake cool down and stored it in a container to sit overnight. The next day when I sliced it, I found that it was not as moist as I had hoped. Perhaps the overbaking or even the addition of the egg at the last moment had something to do with this. 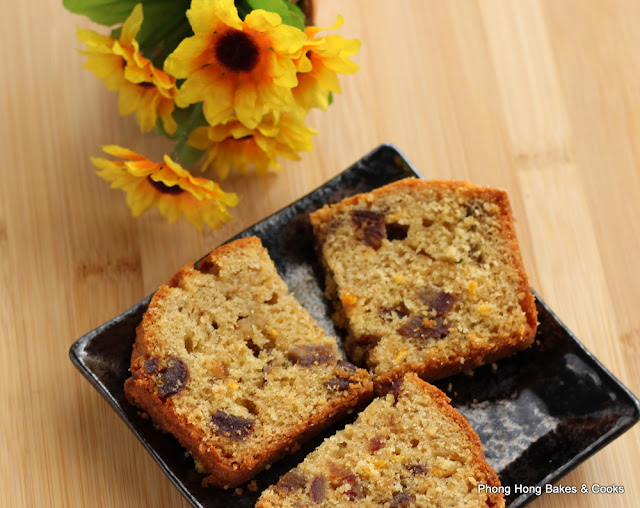 But still, it was moist enough and a far cry from the dry cake I baked previously. I loved the flavors of this cake - orange, dates and cinnamon - it smelt and tasted so good. Although I reduced the sugar content, it came out just right as the dates were very sweet. 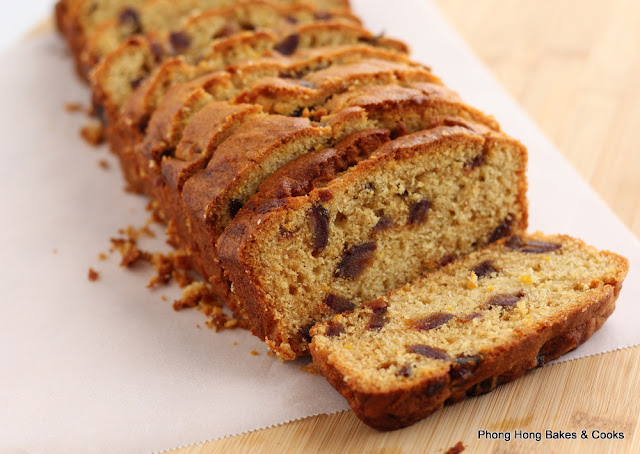 I think this would be a good cake to bake and serve or gifted for Christmas.

Note : I grated the orange zest directly into the butter.

Method :
1. Put chopped dates into a bowl and pour in the orange juice. Let soak from 1 hour.
2. In a mixing bowl, sift flour and ground cinnamon. Whisk to evenly mix the flour and cinnamon. Set aside.
3. In another mixing bowl, cream butter and sugar together with orange zest until light and fluffy.
4. Add eggs, one at a time, beating well after each addition.
5. Using a spatula (or you can continue to use your mixer) fold in flour 1/3 at a time until incorporated into the butter mixture.
6. Fold in the chopped dates including orange juice.
7. Pour batter into a lined 9" x 5" loaf pan and bake at 160C for 45-50 minutes or until a toothpick inserted into the cebter of the cake comes out clean. 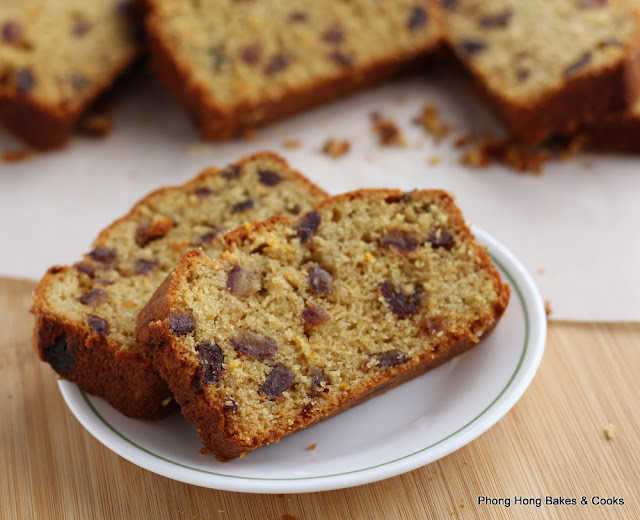