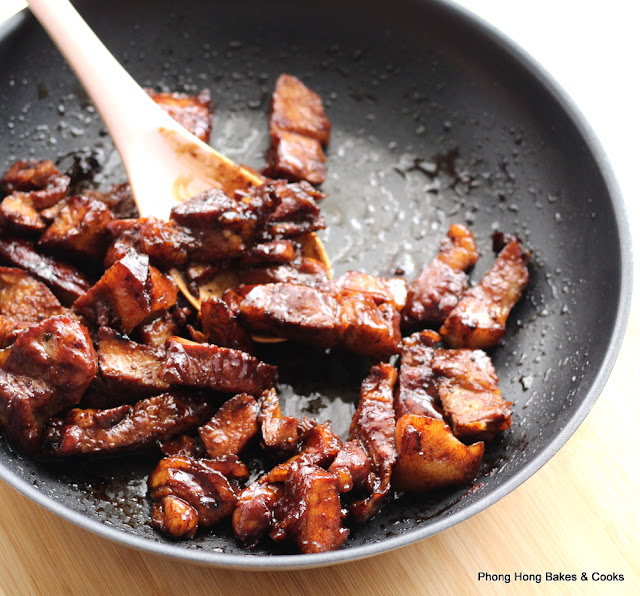 Oh yes, the man cooks. But not for me. Not yet anyway. Every once in a while, he will tell me about his chien bak. How good it is. A recipe he learnt from his late mum.


So what is chien bak? In Hokkien, chien is fry and bak is meat usually referring to pork. At first I thought this chien bak was a recipe that he made up hee..hee...

And then while flipping through my Nonya Flavors cookbook, I found the recipe for chien bak. So there is such a thing after all. 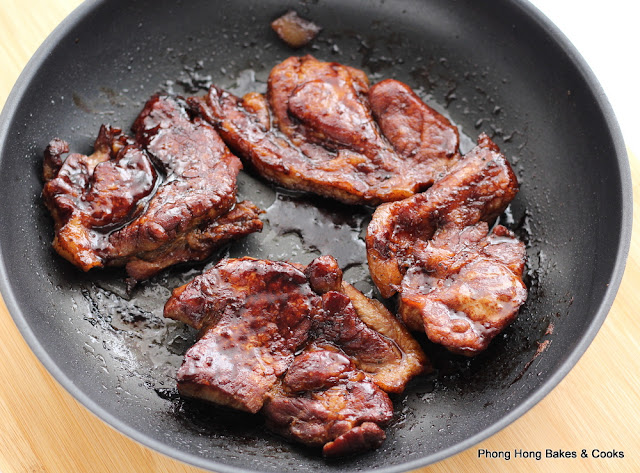 I asked my partner for the recipe and he told me that the pork is simply marinated in light soya sauce and then pan fried and simmered till tender.

The recipe in Nonya Flavors has more ingredients - besides dark soya sauce (instead of light) the recipe calls for sugar, calamansi lime juice, salt and pepper. 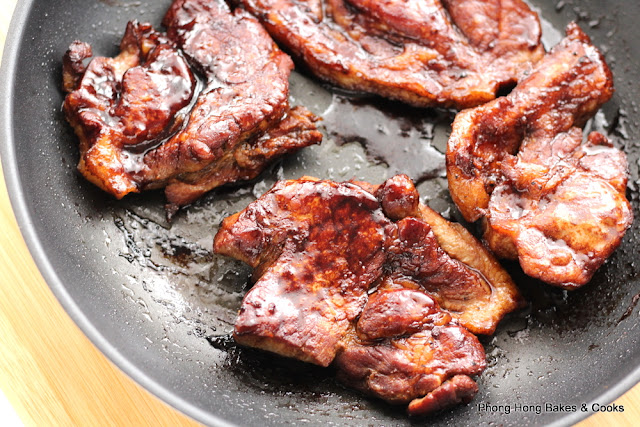 I decided to go with just light and dark soya sauce and some black pepper (because I ran out of white). I marinated 4 pieces of pork collar for about an hour and pan fried the meat. When I flipped the meat to fry the other side, I added a little bit of water and let the meat simmer covered.

Every now and then, I flip the meat and made sure the pan did not dry out. Once the pork was tender I continued to simmer until the liquids reduced. Then I let the meat rest before cutting into bite sized pieces and tossed the meat in the thickened sauce. 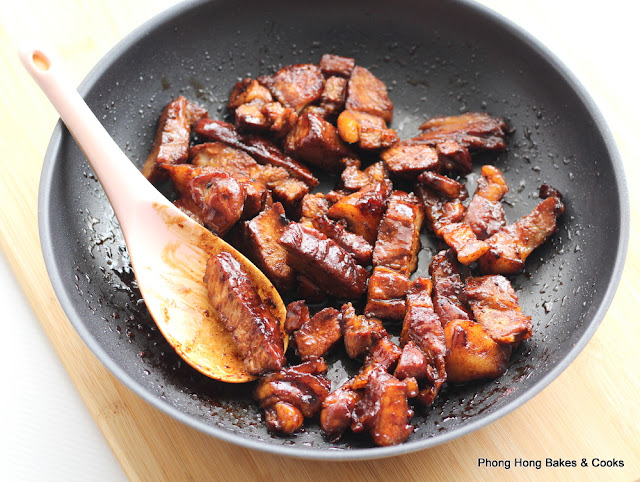 I must say that this simple dish is rather tasty. With the benefit of hindsight, the addition of some sugar, perhaps a teaspoon would balance out the tasty saltiness of the soya sauce. 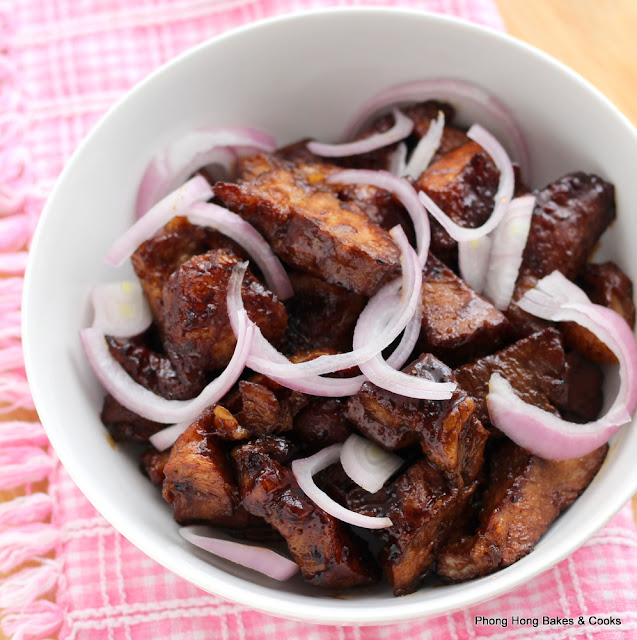 I think chien bak is going to be on my regular to-cook list. I served this to me partner (without telling him what it was) and he ate with no comments. I think he didn't recognize this is chien bak. Maybe does not taste the same as his. With him, no comment means it is OK. Perhaps I should make him cook for me. Hah!
Posted by PH at 08:16

Email ThisBlogThis!Share to TwitterShare to FacebookShare to Pinterest
Labels: Mutton