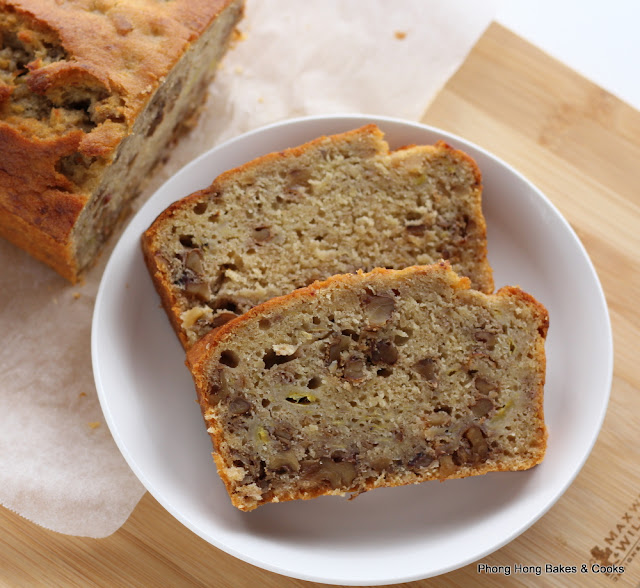 
Again, I want to mention to my local readers (because I keep getting comments that "this does not look like bread") that "bread" in this case is not the roti that you all are used to. This cake is called a bread because it refers to quick breads, which is actually a cake lah. Besides it is baked in a loaf pan and it comes out looking like a loaf of bread.

Usually a quick bread is made using oil or melted butter but this one is made by beating softened butter with sugar and eggs, pretty much how cakes are made. So I guess this one qualifies as a cake (but still called a bread). 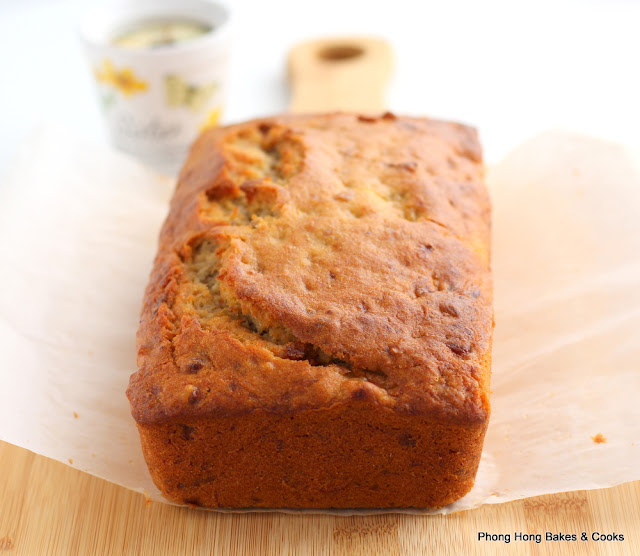 It's been a while since I ate banana cake and I wanted one. So I turned to Sally's Baking Addiction for some inspiration. This recipe uses sour cream and it so happened that I had some leftover in the fridge. Perfect!

When I went to Jaya Grocer to get bananas, I was delighted to see some very ripe pisang berangan on the shelves. Usually bananas in this condition are removed. 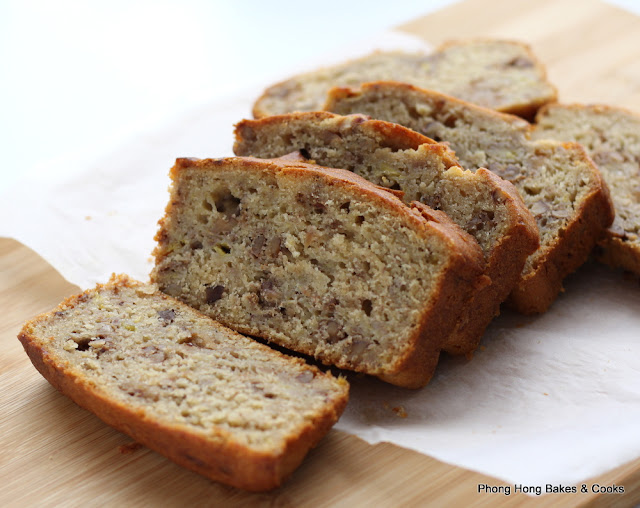 I also bought a tub of walnuts to add into the cake. I do like nuts in cakes, some people don't.

As usual, I reduced the sugar content and upped the cinnamon from 1/2 teaspoon to one teaspoon because I love the combination of cinnamon and bananas. They are so fantastic together. 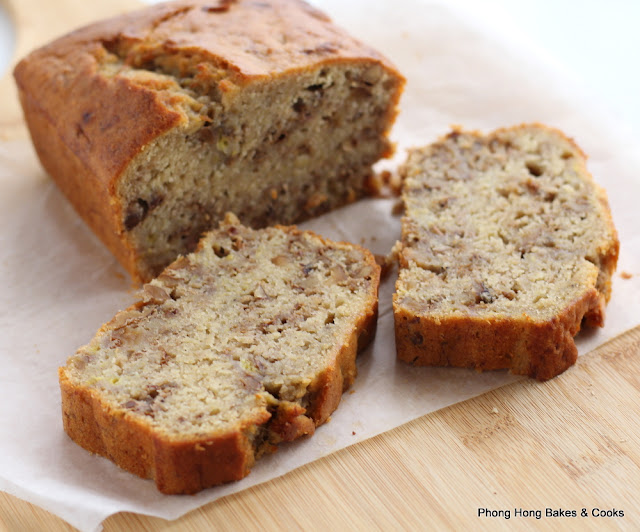 After the banana bread was baked, I let it cool completely and stored it in a container. Yes, I had such good self-control hah...hah....

I did not slice and eat the cake immediately because from experience, I know that it would taste better the following day. 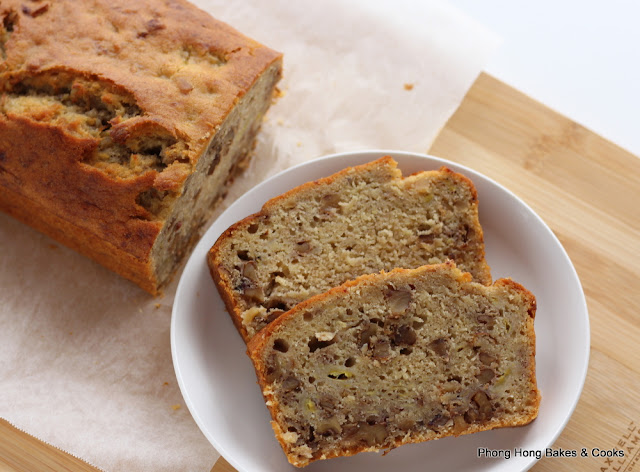 This banana bread is so moist and loaded with bananas and toasted walnuts. The sweetness was just right for me. This banana bread freezes well so I put each slice into a small freezer bag to be enjoyed over many many days. That way I can exercise portion control.

So is this the best banana bread/cake? I can't decide but I will say that it is one of the best.

Method :
1. In a mixing bowl, whisk flour and cinnamon. Set aside.
1. In another mixing bowl, beat butter and sugar until light and fluffy.
3. Add eggs one at a time, beating well after each addition.
4. Add vanilla extract and mashed bananas and beat to combine.
5. Sift in flour in three additions, alternating with the sour cream (in two additions) and ending with flour. I used a spatula at this stage to fold the flour and sour cream into the butter/banana mixture.
6. Fold in chopped walnuts.
7. Pour batter into a 9" x 5" lined loaf pan and back at 160C for 60 minutes or until toothpick inserted into center of cake comes out clean.

Note :
1. I tented the cake after 40 minutes to prevent over browning. My cake was done in 60 minutes
2. This cake tastes wonderful after sitting for a day. 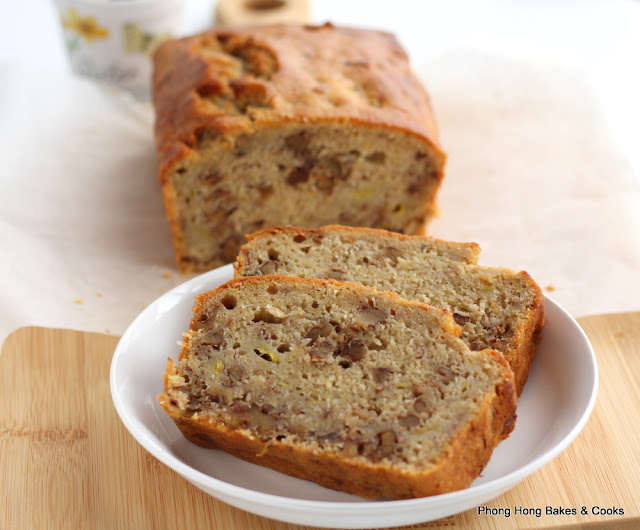