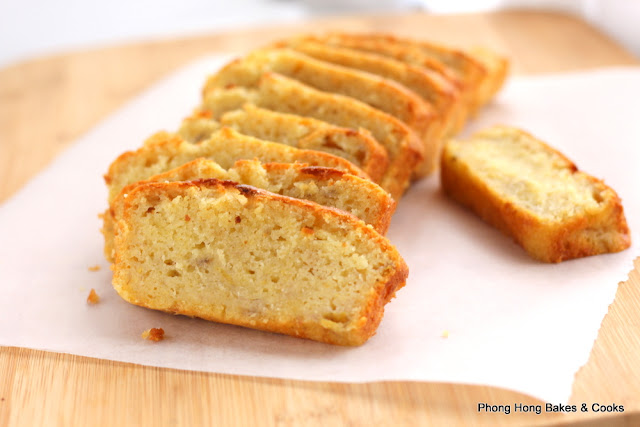 Sometimes, in the safety of my kitchen, I blow my own trumpet. Pom...pom...POMMMM!!!!


Like in the case of this banana cake which I found to be exceptional. Of course, it's not my original recipe but the fact that I baked it and it turned out the way it did, I deserve some credit. Hah! 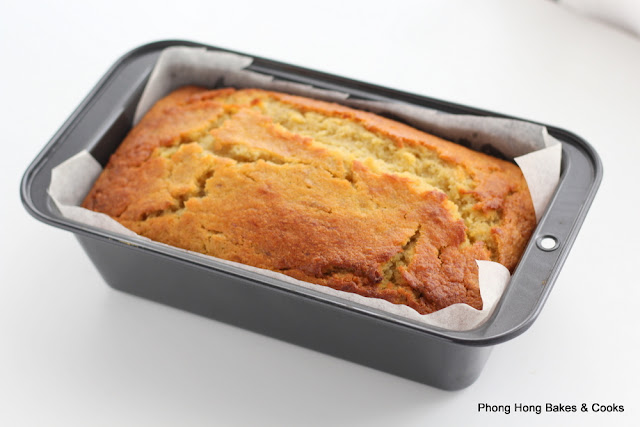 If you ask me what is my favorite cake, I would have to say Banana Cake. Sure, I would jump at Chocolate Cake or Cheesecake but if I could have only one, banana it is. 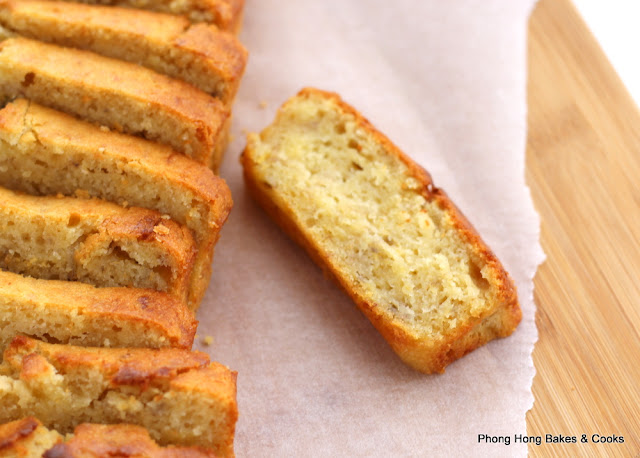 And one thing that I must have in my banana cake is cinnamon. Banana and cinnamon - Ah! It's an awesome combination.

Another ingredient that makes banana cake awesome is sour cream. It makes the cake moist and no, you won't be able to taste the sour cream. So don't worry. Unfortunately for me, I could not find any sour cream at the supermarket and I used yogurt instead. It works just as well. 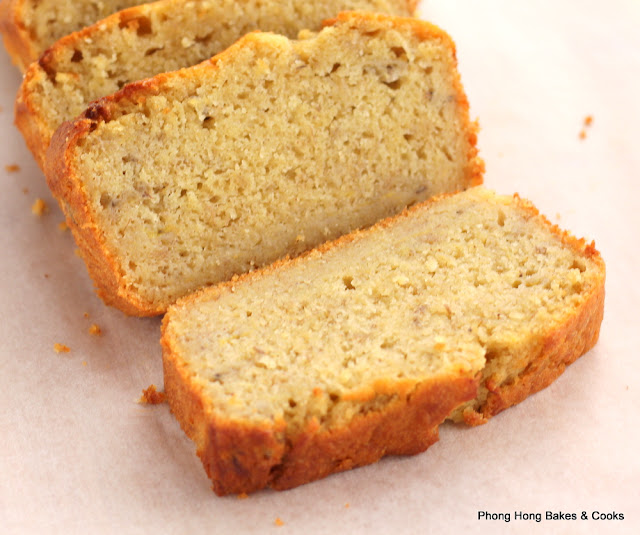 This is a very moist and dense cake. Dense in a good way, full of banana flavor and complemented with the fragrance of cinnamon. Love it, love it, love it.

Method :
1. Sift flour and cinnamon powder and whisk to evenly mix. Set aside.
2. Cream butter and sugar until light and fluffy.
3. Add eggs one by one, beating well after each addition.
4. Add mashed bananas and fold using a spatula.
5. Add flour in 3 additions alternated with two additions of yogurt and ending with flour. Fold until just combined.
6. Pour batter into a lined pan and bake at 160C for 45-50 minutes or until toothpick inserted into center of the cake comes out clean. 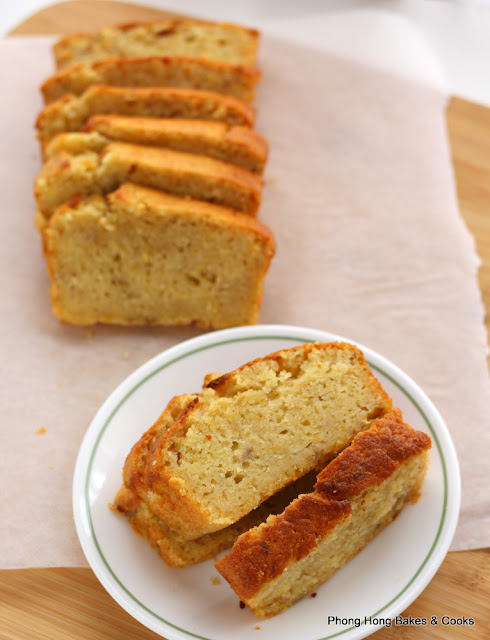