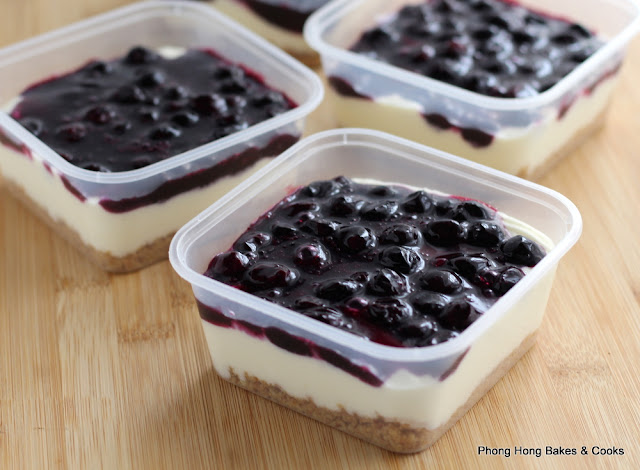 I decided to have another go with cheesecake in containers so that I can eat some more I can come up with a recipe to share and for my future reference.


This time, instead of jars, I used small plastic tubs of 200ml capacity. Just like before, I made the blueberry filling myself instead of using those store bought ones. 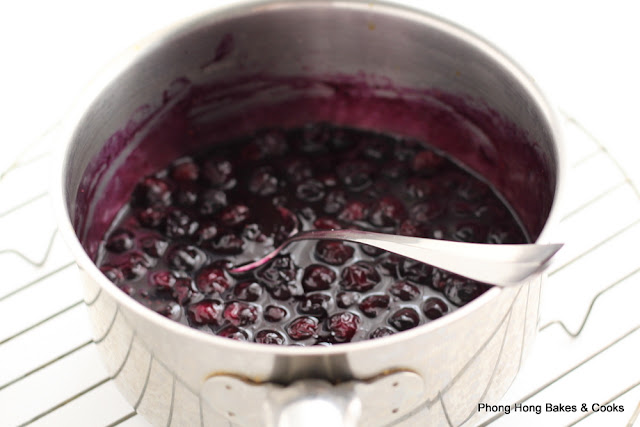 It is best to make this a few hours before you make the cheesecake so that the sauce has enough time to cool down to room temperature.

As for the cheesecake base, this time I added melted butter because I found that if you don't do this, you are going to get biscuit crumbs falling all over the place when you are enjoying the cheesecake. 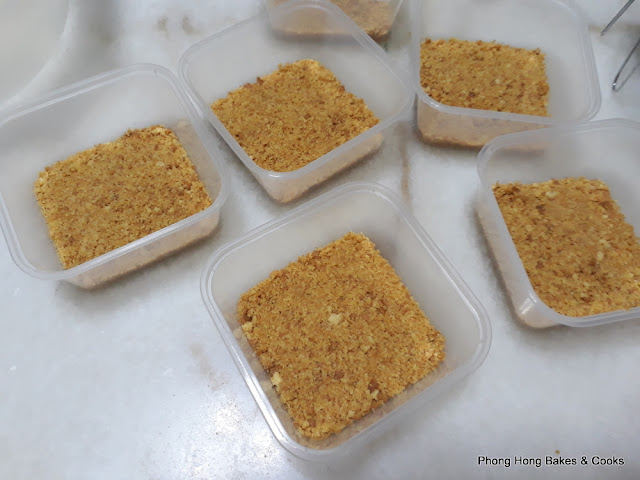 Simply put two heaped tablespoons of the base mixture into the tubs and press down with your spoon.

As for the cheesecake filling, I find that it is better to beat the whipping cream till stiff peaks first (then folding it into the beaten cream cheese) instead of beating it together with the cream cheese. 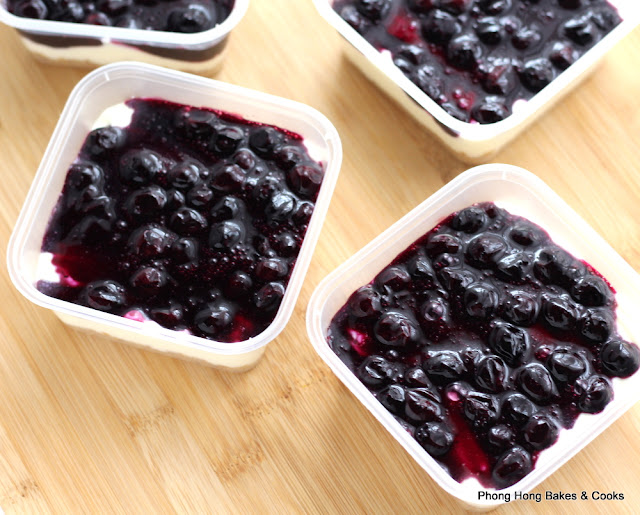 You either spoon or pipe the cream cheese into the tubs. Piping is much neater though I admit it can be a hassle setting up the piping bag and piping nozzle.

I'm really liking making cheesecakes this way as it is much easier to make and serve. No baking, no dealing with water bath, no slicing.

I had no idea how many tubs I could fill using 400g of cream cheese (my math suck) and noted that I could only fill 4. And I prepared 7 tubs. Bah! What happened to the other 3 unfilled tubs? Well, I made Nutella cheesecake with them. That I will share later.

Method :
1. To make the blueberry topping, in a saucepan add blueberries, sugar and orange juice. Bring to a boil.
2. Meanwhile, mix cornflour and water. Set aside.
3. Simmer until blueberries release juices and soften.
4. Add the corn flour mixture and continue to simmer until blueberry sauce is thickened. Set aside to cool down.
5. To make the cheesecake base, crush the digestive biscuits and mix with melted butter to form a mixture like wet sand.
6. Spoon two heaped tablespoons of the mixture into each tub and press down with your spoon. Set aside.
7. To make the cheesecake filling, beat whipping cream until stiff peaks. Set aside.
8. Then beat the cream cheese with sugar and vanilla  extract until smooth and creamy.
9. Fold the whipped cream into the cream cheese until evenly mixed.
10. Spoon or pipe the cheesecake filing into the tubs.
11. Top with the blueberry filling.
12. Chill in the fridge a few hours before serving. 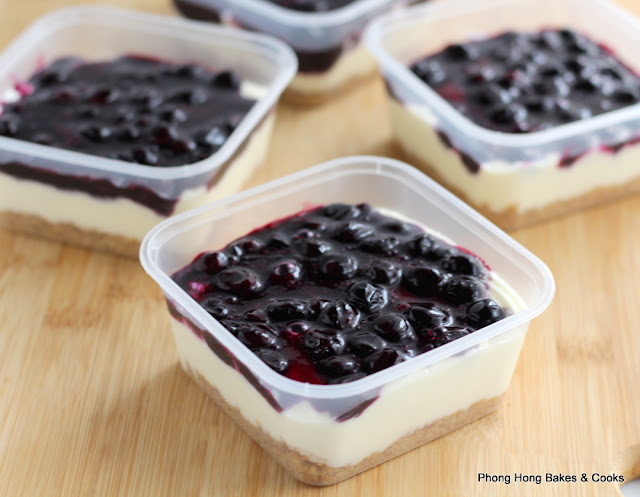