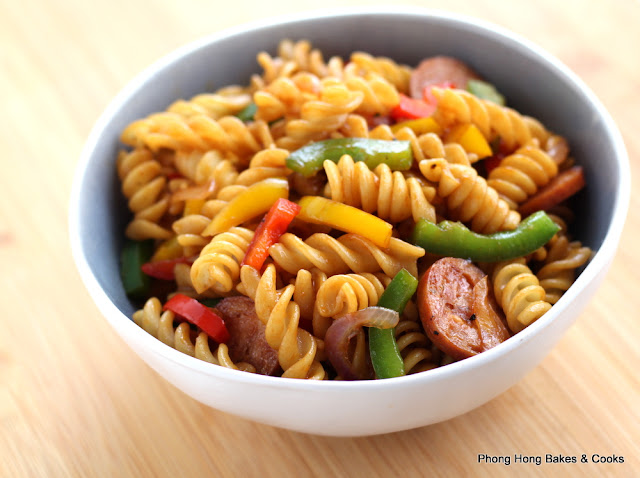 It was the evening of Christmas eve. I was at home and my partner was coming home for dinner. What to cook, eh? The easiest thing would be to toss a salad but he is not a salad man.


I did not have any small packets of meat in the freezer for stir fries or for any of the usual goreng-goreng stuff. But I had some sausages that I had grilled earlier for my salad. Fried pasta? Bingo!

It so happened that I picked up some capsicum that came in a pack of red, green and yellow. They were very fresh and crisp. Very nice for salads or stir fries. 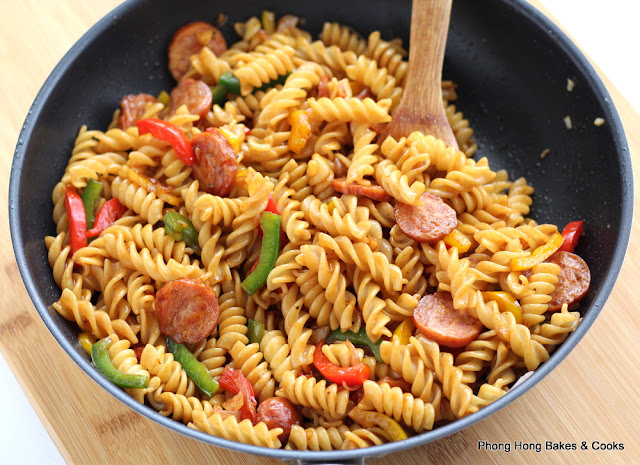 So I sliced them up together with an onion, chopped up some garlic and boiled the spiral pasta. I also sliced one grilled sausage very thinly. After some goreng-goreng action in the kitchen, I posted his dinner to him on whatsapp. 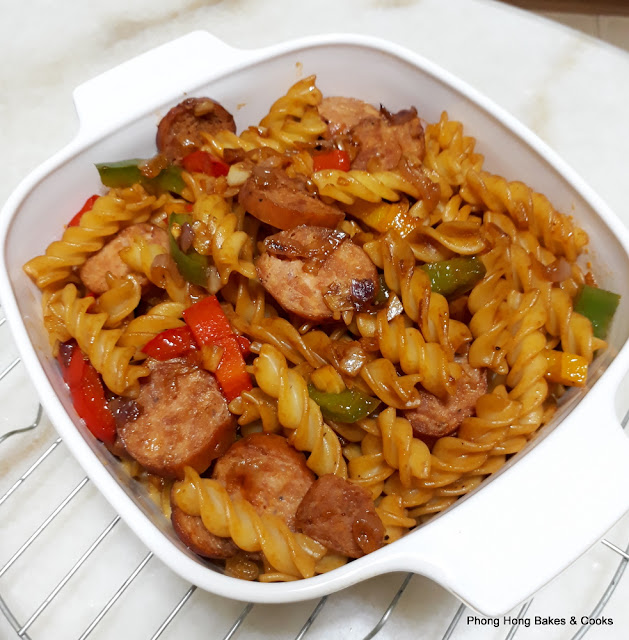 I hoped that the pasta was good as I did not taste it because I was afraid once I start, I cannot stop. When he tucked into the pasta, he was all praise (trying to butter his madam up) and finished every single bit of his meal.

Since he liked it so much and I had one sausage leftover, I decided to cook the same dish again for another meal and at the same time share this simple recipe. 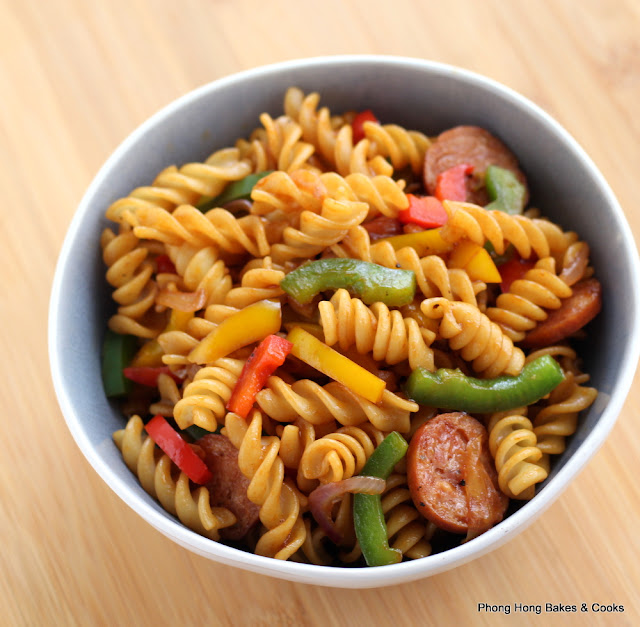 It's rewarding when people appreciate your effort in kitchen, don't you think?

Method :
1. Heat oil in a pan and saute onions until wilted.
2. Add chopped garlic and continue to saute until lightly browned.
3. Add capsicum and saute until tender crisp.
4. Add the sliced sausages and seasoning. Bring to a boil.
5. Add cooked pasta and stir fry until well coated with seasoning. 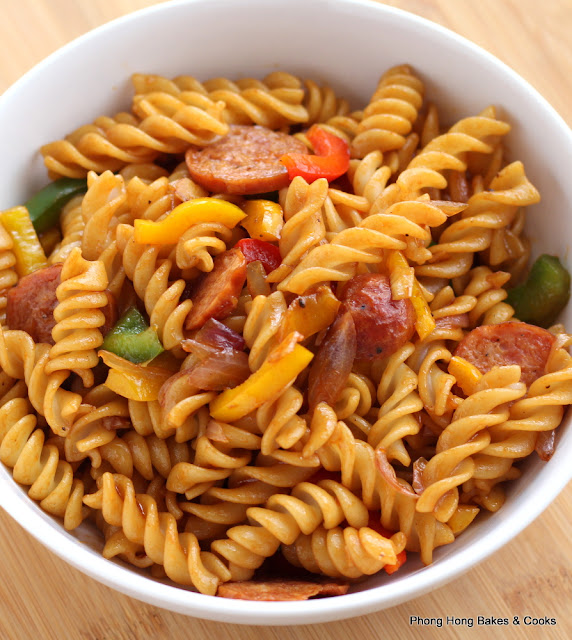