Cheesecake in a Jar 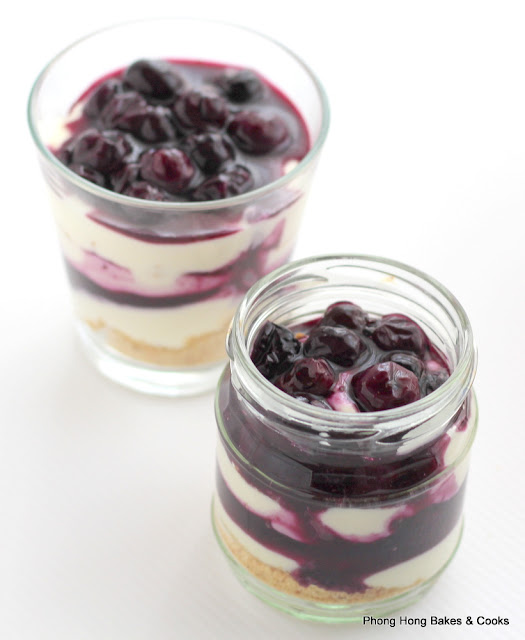 This cheesecake in a jar business was a result of a case of itchy butt. Do you know the meaning of itchy butt? In my family, it means a situation where you have nothing better to do and you decide to do something tedious.


I bought 2 packets of strawberries and 4 packets of blueberries. I wanted to start baking again because I realized that the last time I baked was ...... err..... when, ah? Who cares. In fact my brother asked me recently "You don't bake anymore is it?" 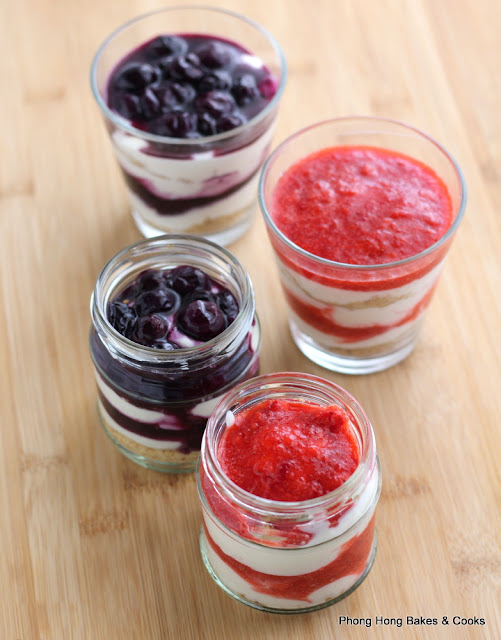 That sort of motivated me and the story behind the berries was that I wanted to attempt something new which is a Pastry Fruit Cake.

Then on the day of the bake, I realized that the strawberries were not exactly in pristine condition and would not look so good on the cake. 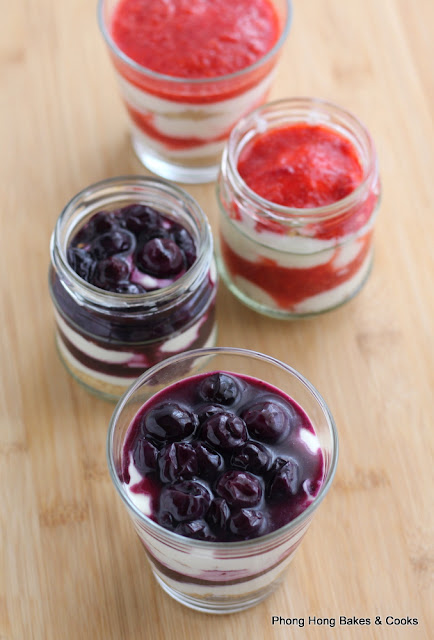 One thing lead to another. I had to look for jars. Bah! I only had two small ones. Tsk! So I had no choice but to use glass tumblers. Then I had to make the strawberry compote. And the blueberry compote. And whip the cream cheese/whipping cream. And crush the digestive biscuits.

Suddenly I regretted getting myself into this. Haiz.... No wonder I stopped baking.

And one more thing. I had to pipe the cream cheese into the jars/tumblers for a neater finish. 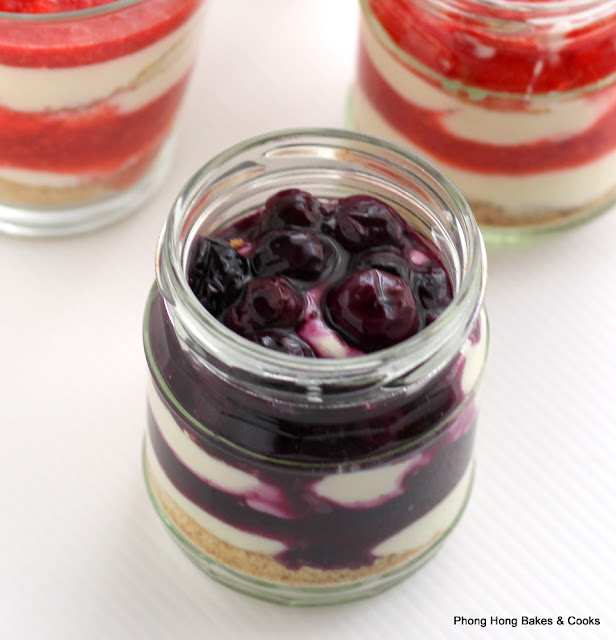 Since I adapted this from a recipe I found, I had to adjust as I went along and I am not able to share the recipe just yet. Now that I know how much of what makes how many jars/tumblers, I should be able to come up with a recipe. But that will have to wait until I get a case of itchy butt again. 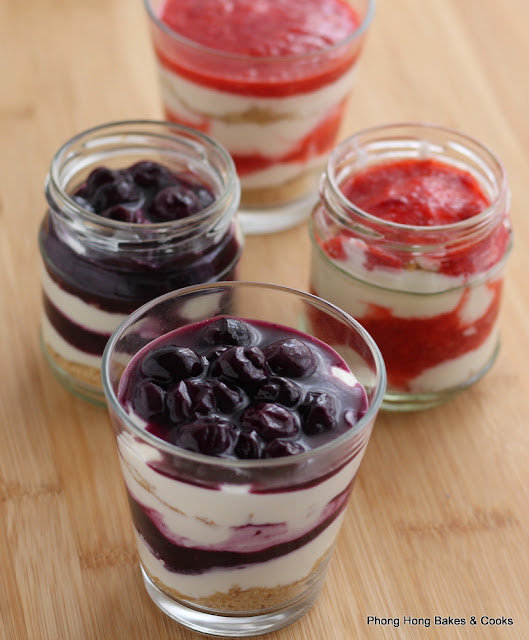