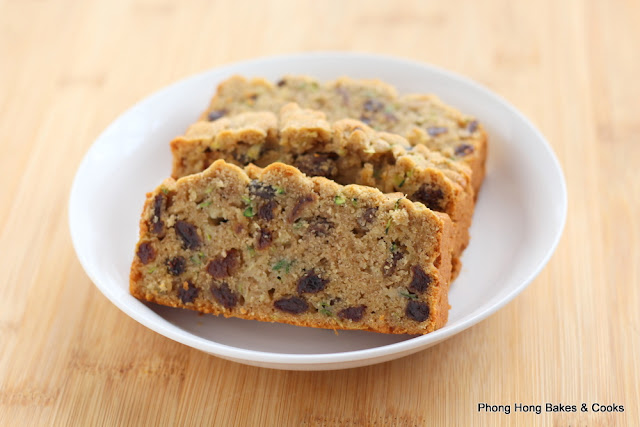 I bought two zucchinis the other day to cook. Or was it to make zucchini kerabu? But I changed my mind and the zucchinis remained in my fridge, taking up precious space.


As a vegetable, zucchini is not very exciting. It is neutral tasting and I usually put it into soups. I have roasted it before but I am not too thrilled with it.

Then I remembered my previous bakes involving zucchini.  I already used up one zucchini to bake a Blueberry Orange Zucchini Bread and not wanting to repeat any of the previous recipes, I googled for something different when I found Sally's Best Zucchini Bread. In fact this zucchini bread recipe belongs to her hubby's family and it had won an award. Impressive, eh? 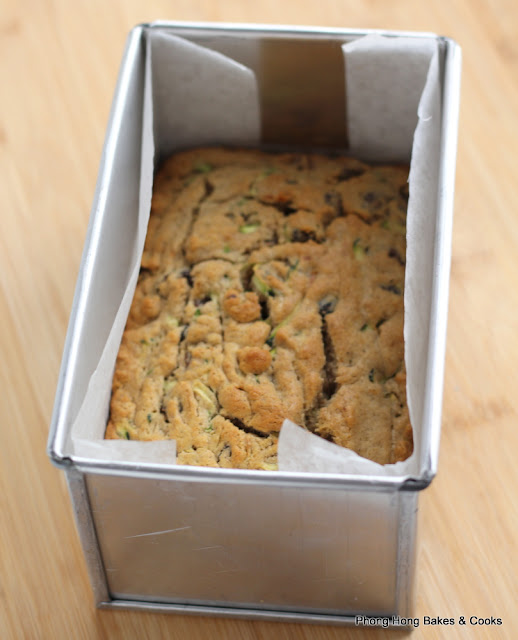 I chose to make this Best Zucchini Bread with an addition of raisins because my partner loves raisins. Black raisins tend to be hard and I soaked the raisins in orange juice for about an hour to plump them up.

I grated the zucchini and noted that it yielded more than enough for this recipe. Yikes. I will have to find another recipe to use up the excess. 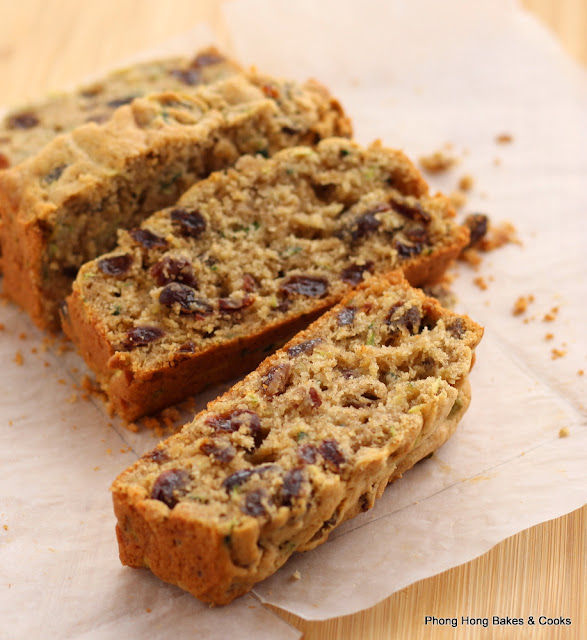 This recipe contains cinnamon and when the zucchini bread was baking, my kitchen was filled by the wonderful aroma of cinnamon. It's a smell that can get your salivary glands working.

I followed the original recipe but made two changes - I used  melted butter instead of oil and I halved the amount of sugar. Raisins are quite sweet and the reduced sugar made the zucchini bread just barely sweet, the way my partner and I prefer it. 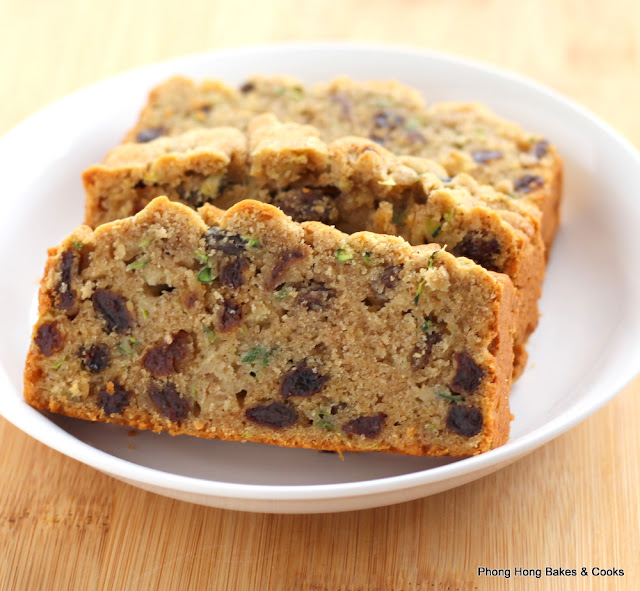 The zucchini bread is moist and dense (in a good way) and though you can see the green flecks, you cannot taste the zucchini. 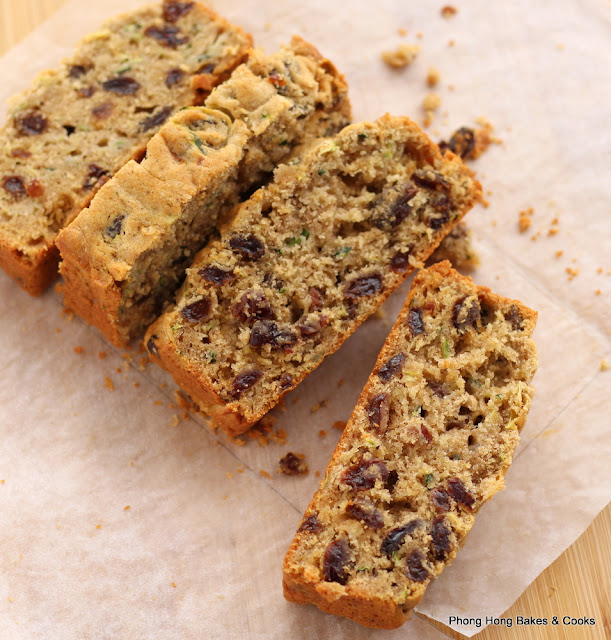 Method :
1. Soak raisins in orange juice for an hour. Set aside.
2. In a mixing bowl, sift flour and cinnamon powder and use a whisk to combine. Set aside.
3. In another mixing bowl, add beaten egg and the two sugars. Whisk to dissolve sugars. Add vanilla extract and stir to mix.
4. Fold in grated zucchini and raisins including the orange juice.
5. Pour the wet mixture into the flour/cinnamon and using a spatula, gently fold to combine.
6. Pour batter into a loaf pan (8" x 4") and bake at 160C for 45-50 minutes or until a toothpick inserted into the center comes out clean. 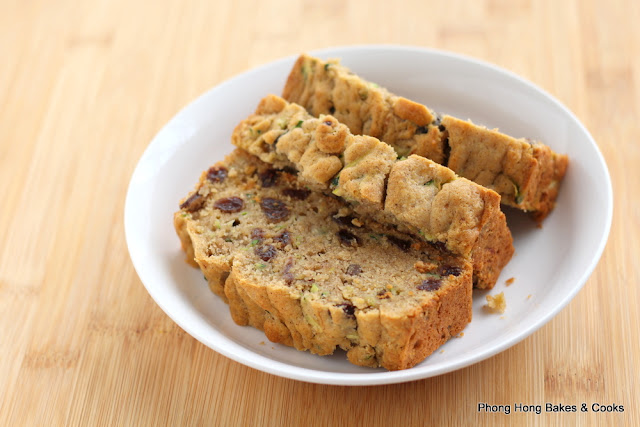