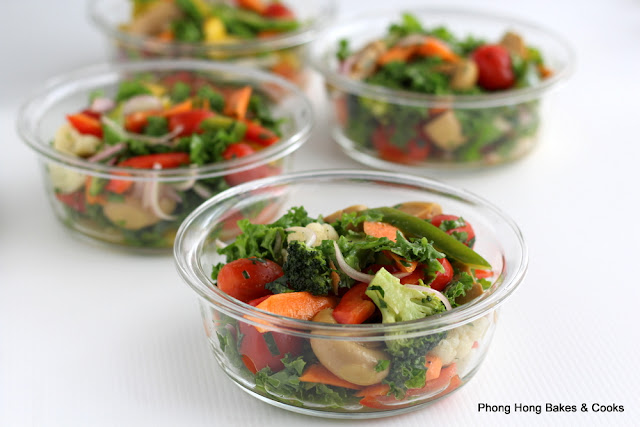 That would be a Marinated Salad, a salad that you can make ahead of time and store in the fridge.


I actually stumbled upon this marinated salad by accident when I made too much Kale Salad. Being one not to waste and not being a fussy pot, I kept the extras to be eaten over a couple of days.

Usually it is not ideal for salads to be kept overnight (except for potato salads and such) because the leafy vegetables would wilt and lose their appeal. 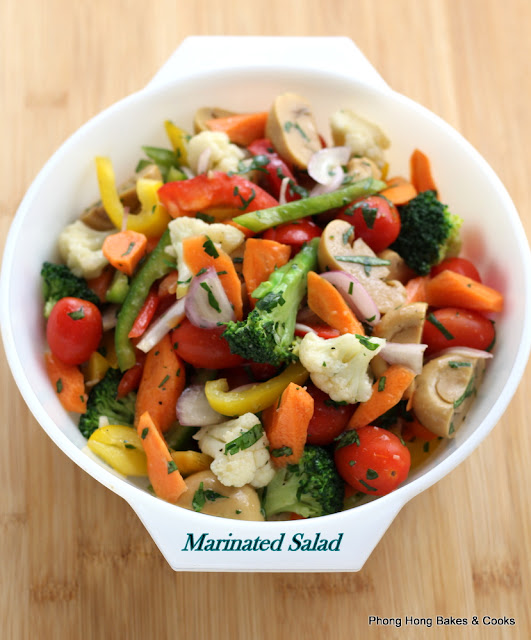 I was quite pleased that the salad, in spite of sitting in the fridge for a day or two, actually tasted very good. The carrots, capsicum and onions were pickled by the dressing and the kale, though wilted, was still good to eat.

In fact it was better because the leaves became soft and easier to eat. In a way, the vegetables were marinated in the dressing which made them taste really good. 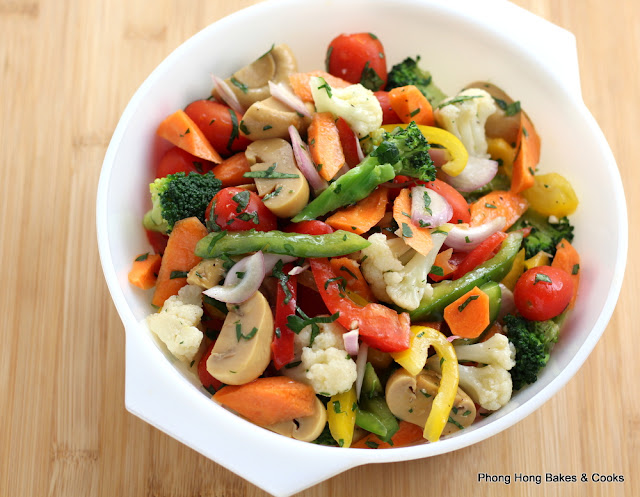 After this experience, I googled to search for marinated salads and I found so many. Obviously, this salad calls for vegetables that are robust such as carrots, cauliflower, broccoli and capsicum.

I also added canned button mushrooms when I made another batch for this week because pickled mushrooms are a great addition to salads. 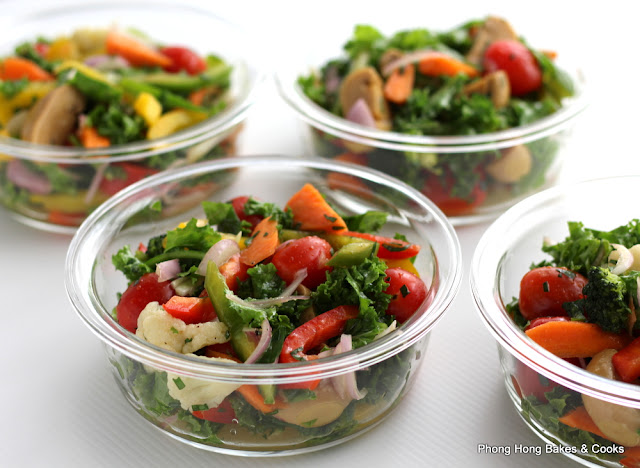 What's important is to ensure that dressing is more intense, i.e. slightly more sour/salty than regular dressings. That's because upon marination, the vegetables will release liquids that will dilute the dressing.

This Marinated Salad is great for my weekday meals. At least for two days. I  also roasted half a chicken and harvested the meat to go with the salad.

Method :
1. To make dressing, combine all the ingredients using a whisk or blender (or put in a jar and shake away).
2. Put all the salad ingredients into a large mixing bowl and toss with the dressing.
3. Transfer salad into a container and store in the fridge to marinate. It's good for a day or two. 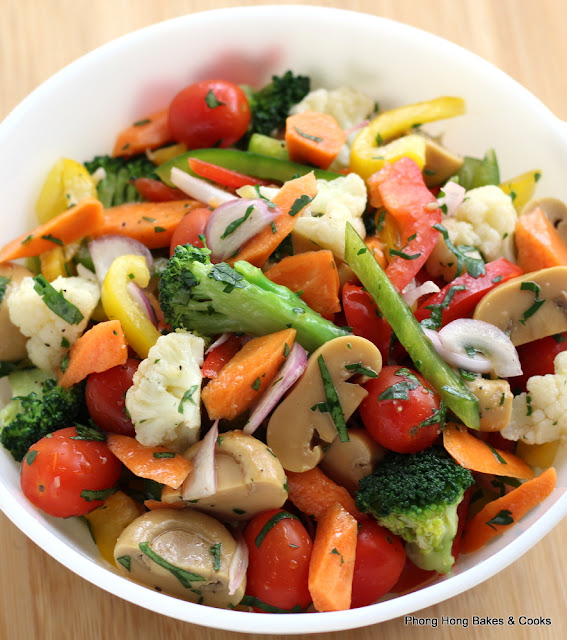