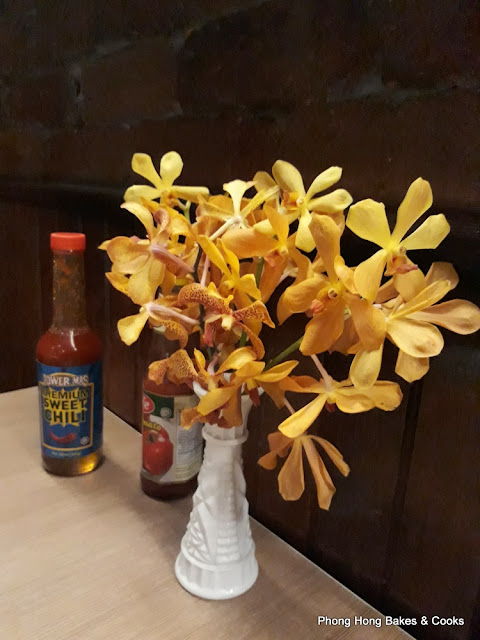 This is a restaurant that my brother and I visit only when we are doing our hospital rounds. The first time was in 2001 when dad was admitted and then in 2015 when we visited our uncle.


Well, dad was admitted to hospital recently (he has since been discharged) and we decided to go down memory lane. 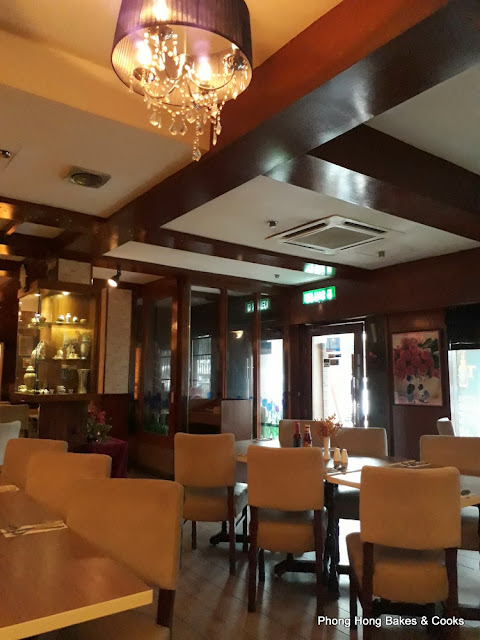 The decor is quite jaded and it sort of transports you back in time. 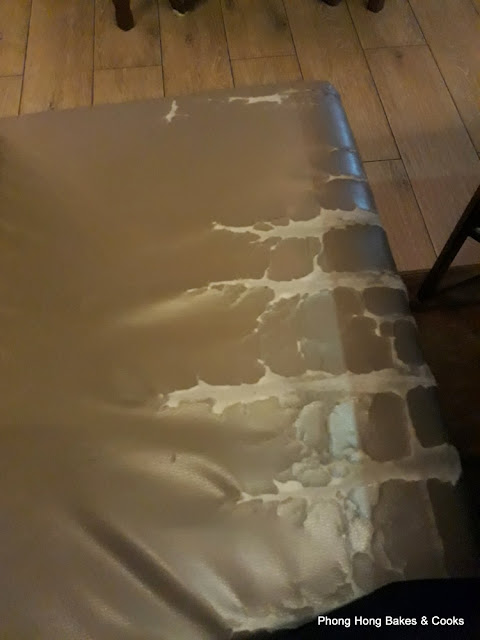 In fact the cushion I sat on had seen better days.

Now on with the food. I decided to try something different - The Teriyaki Steak, which I regretted when it came like this... 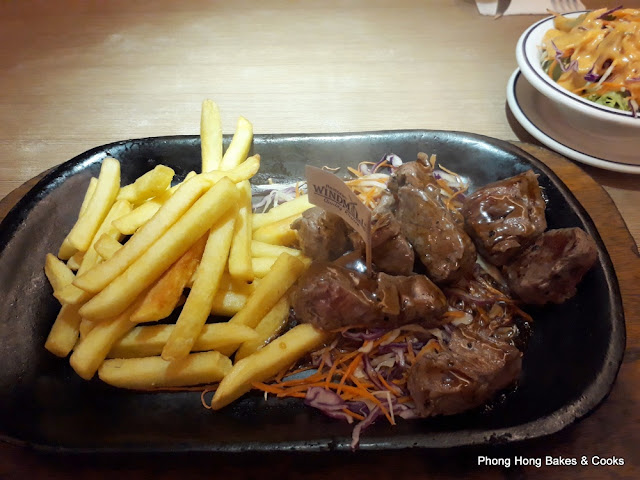 ...the steak cut into small pieces. So my request for medium rare beef was scuppered as the sizzling hot plate overcooked the meat. 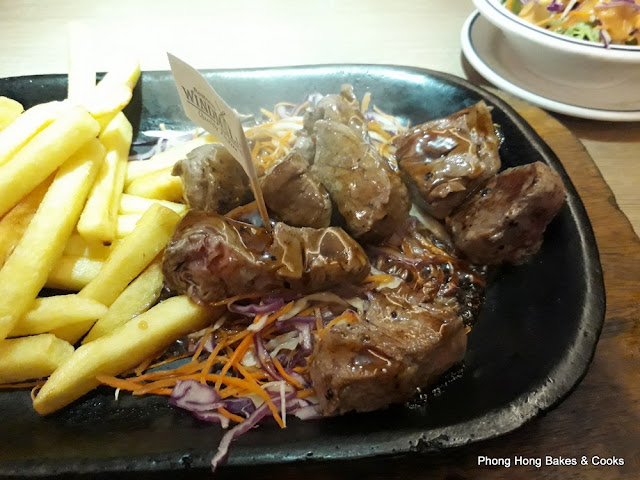 But thankfully, the meat was still tender though I did not get much of the teriyaki taste. It came with a side salad which was drenched dressed in Thousand Island dressing. 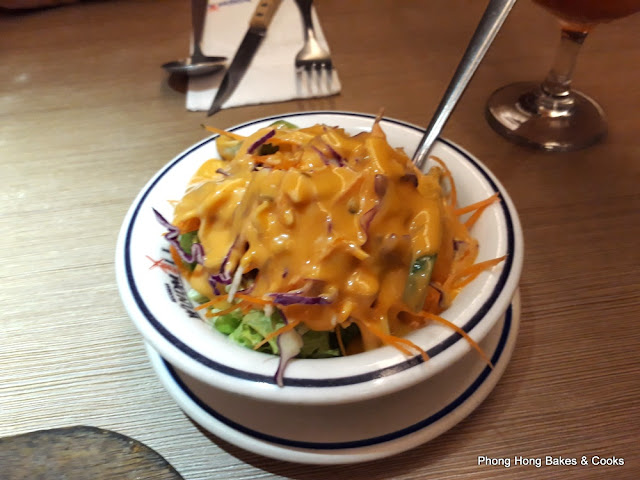 My brother opted for the Mixed Grill, which looked very different from the one I had on our previous visit. 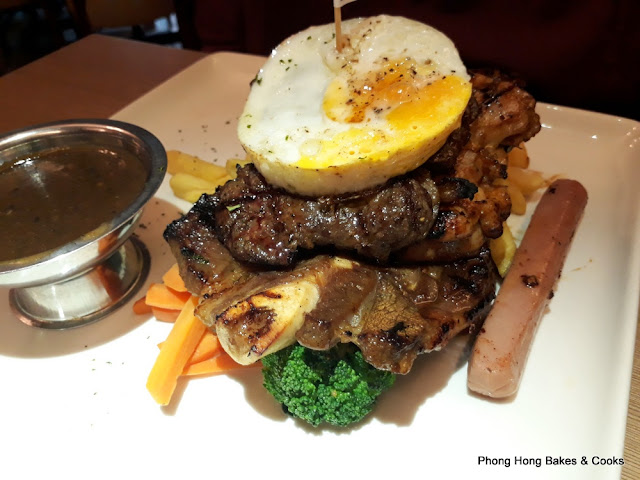 It looked very good (though my photo does not do justice) and the portion was very generous. I was hit with a bout of plate envy. Since the serving was big, my brother could not finish his food and passed me some of his grilled lamb. 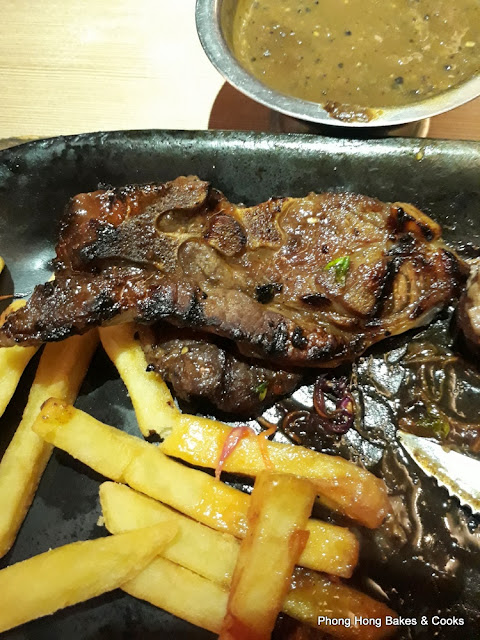 Oh, it was so good! I must have the Mixed Grill should we visit again. 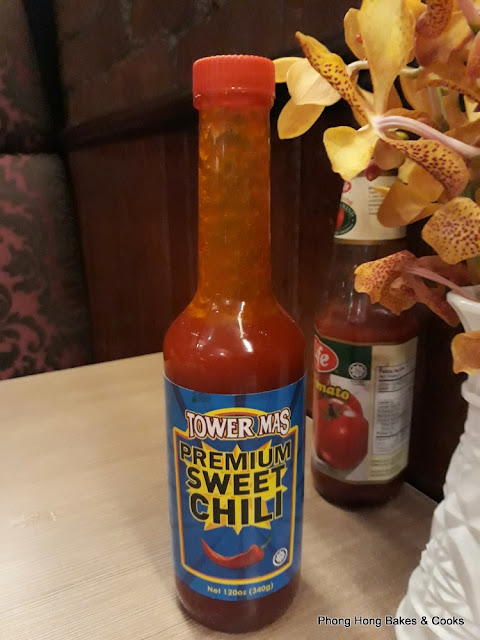 Oh, they still serve this chili sauce which my brother gave a good shake because the sauce separated. 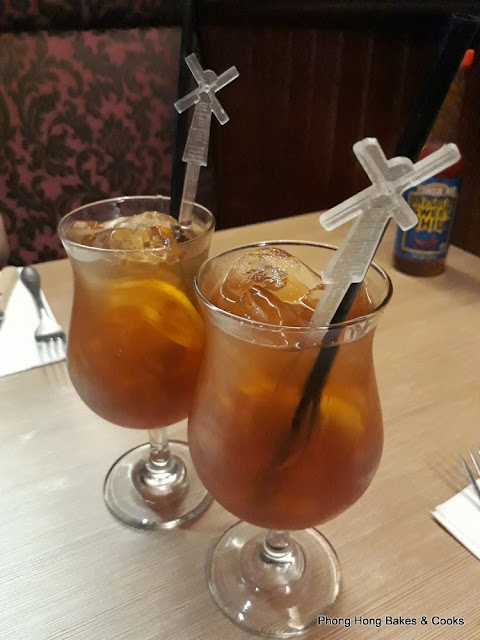 For drinks, we had Ice Lemon Tea and I am happy to note that the drinks were not too sweet. 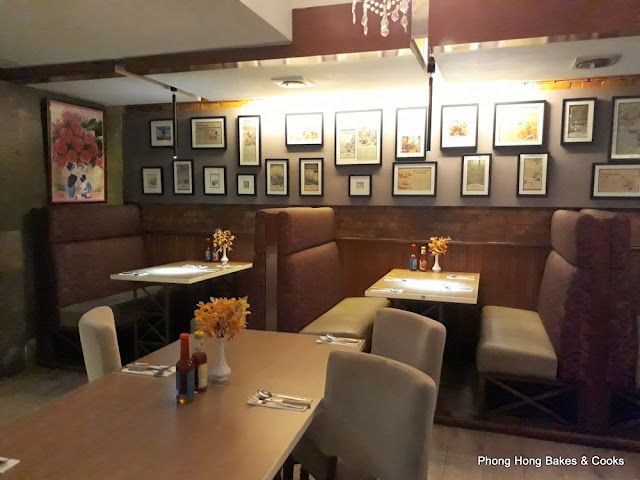 I did return for Mixed Grill and it did not disappoint.
Posted by PH at 08:28