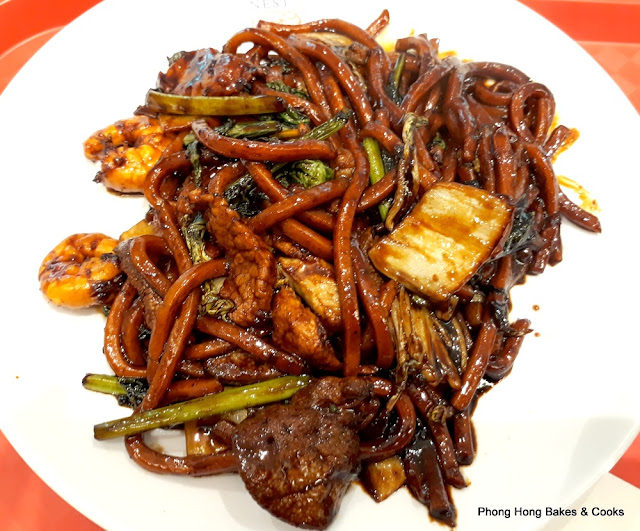 Decisions. Decisions. I went back to Champ's a few more times and instead of trying something new, I stuck to the Chee Yok Fan. Like I said before, I am addicted.


Then I decided that I should try some other things on the menu. Noodles? Which one - Cantonese Fried Noodles (Wat Tan Hor) or Hokkien Mee? 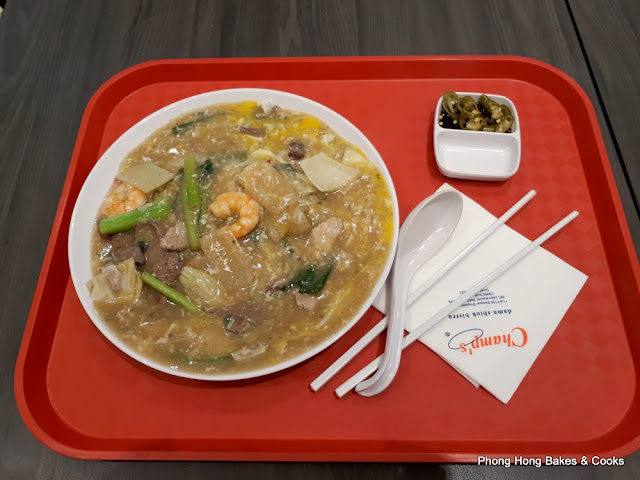 It was quite a generous serving. 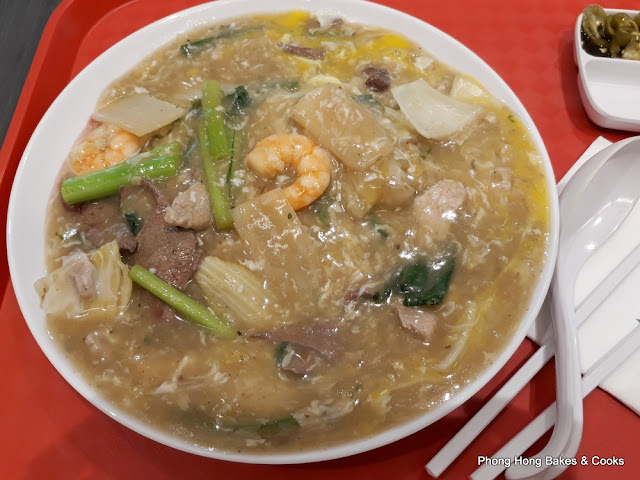 Loads of goodies in there including liver. There were lots of ginger slices in there too which I enjoyed. 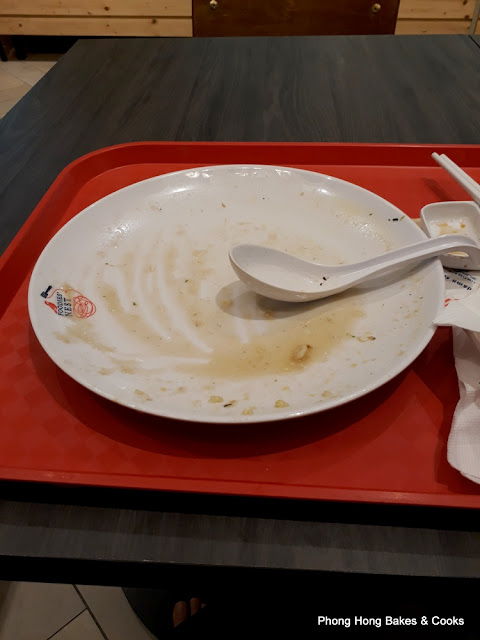 I was a very satisfied customer. 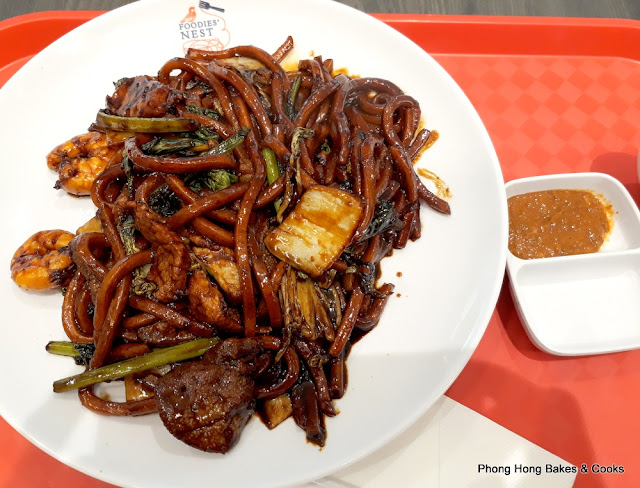 This one was not so successful. Though it had quite a bit of ingredients, it did not have the typical Hokkien Mee taste. It was lacking oomph but the sambal was pretty good and saved the day. 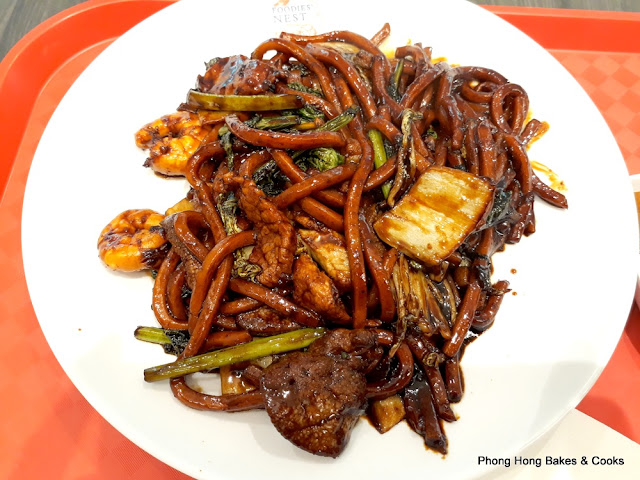 I also found the black sauce a wee bit on the too sweet side for me. Though I finished my meal, I won't be back for the Hokkien Mee. Can't beat the one from Tiong Hokkien Mee@Damansara Uptown.
Posted by PH at 17:51