This is another dish I attempted in keeping with efforts to keep my wok hot and active! Well, my enthusiasm waxes and wanes, with me ordering in last weekend. But no matter! I am sure I will find something exciting to cook this week.
This eggplant (or what I usually refer to as brinjal) dish is I believe the one (or similar to the one) that I love when I used to dine at (the old) Esquire Kitchen. In fact the last time I had my favorite dish was at Esquire Kitchen @ 1 Utama.
This recipe is from Made With Lau and what delighted me was that Daddy Lau steams the eggplants instead of deep frying. Ah! I like that! Previously I made another delicious brinjal dish where the eggplant is also steamed. 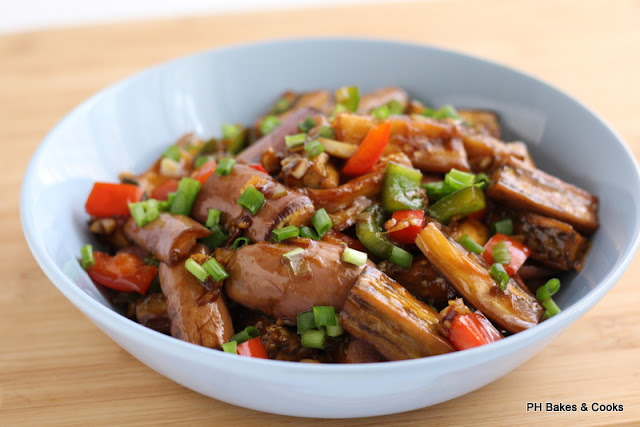 Steaming is pretty much hassle free especially when I have an electric steamer. So while the eggplants were steaming away, I prepared the other ingredients which were simply (lots of) garlic, ginger and spring onions.
The sauce is pretty easy too - light soy sauce, dark soy sauce, oyster sauce, vinegar, brown sugar, fermented bean paste (taucheo), cornflour, Shaoxing wine and water - all mixed together, making sure that there is a balance of sweet, salty and sour. 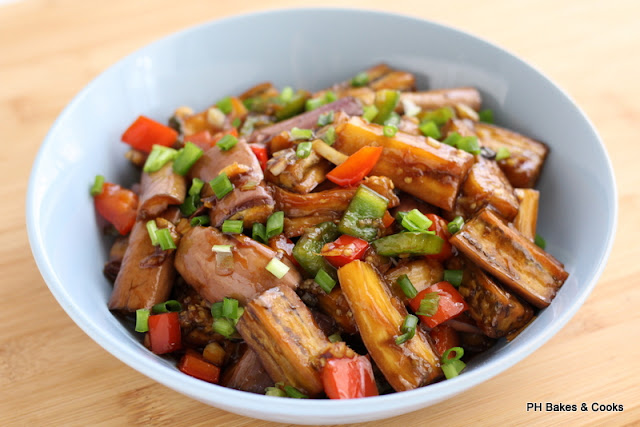 Once the eggplants are tender, it is time to cook. Simply saute the garlic, ginger and spring onions until aromatic. Then add the sauce and once it is boiling, add the steamed eggplants and stir until well coated. Lastly drizzle a dash of sesame oil for added fragrance and serve! Easy, right?
As you can see, I also added red and green capsicums to the dish. Well, that's because those were leftovers from the other dish I attempted, Mongolian Beef. So instead of wasting, I just used them up. 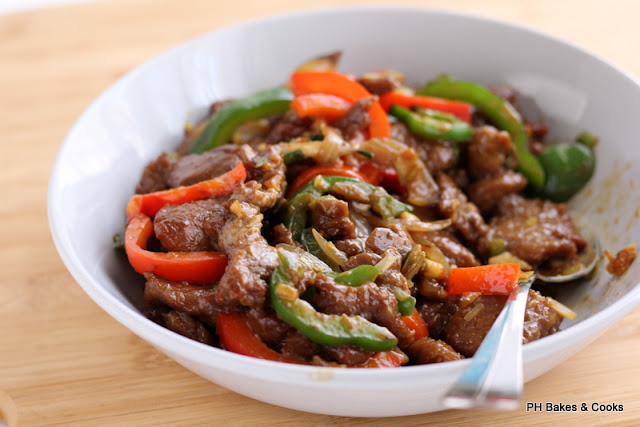 The next time I cook Eggplant With Garlic Sauce, I would add some minced meat into it and I bet that would make the dish even more awesome. 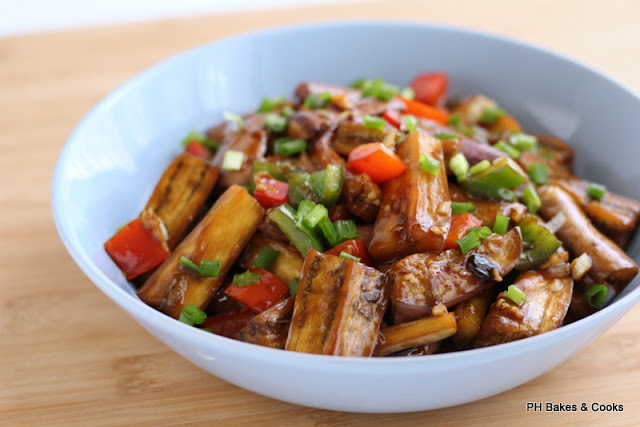