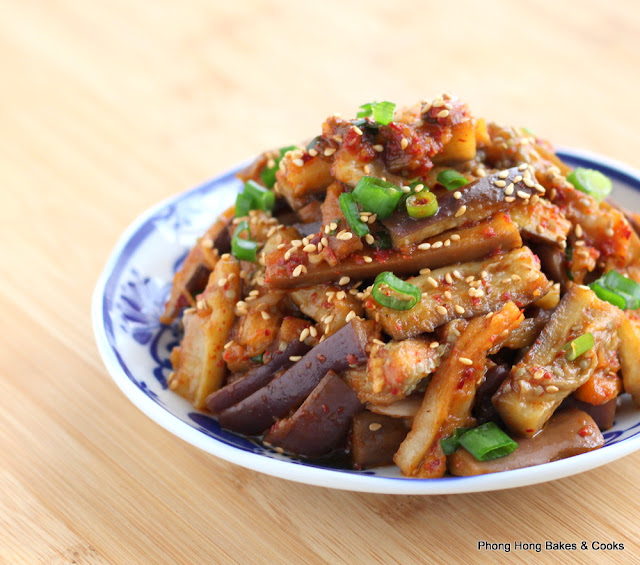 This is another recipe that I tried from Maangchi and I loved it! Eggplant (or brinjal) is one of my favorite vegetables. There is one eggplant dish that I love at Chinese restaurants. I don't know what it is called. It is fried with minced pork.


So anyway, this dish does not involve any frying. The eggplant is steamed till soft and tossed in a mixture of garlic, spring onions, soya sauce, fish sauce, hot pepper flakes, sesame oil and sesame seeds. 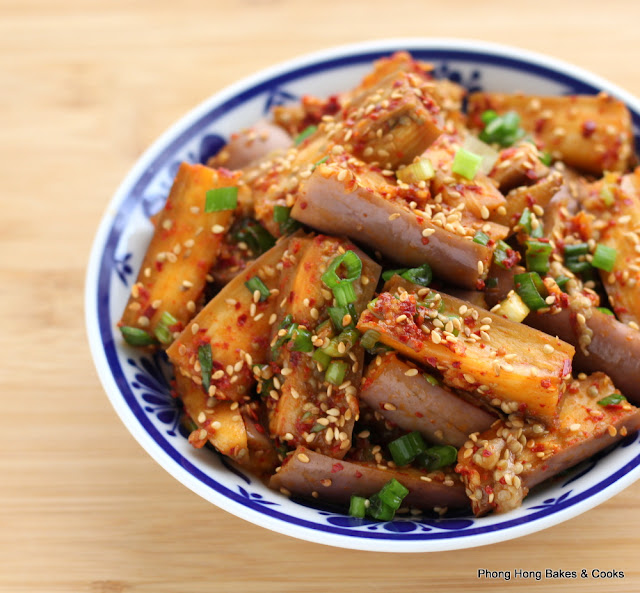 I loved this dish so much that I made it twice in a row. The first time, I followed the recipe exactly and found that the seasoning was too mild for me. It was not salty enough for the amount of eggplant used.

I also made the mistake of not steaming the eggplants long enough. It was soft but still had a bite. Eggplant is a vegetable that you will not enjoy if under cooked, so it has to be steamed until tender. 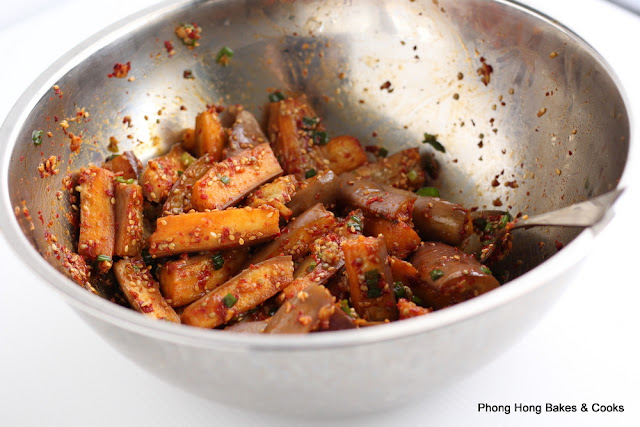 The second time I made this, I used only one eggplant. The eggplant used is the one that is long, not those round types. For just one eggplant, I used the amount of seasoning in the recipe which was meant for a bigger portion. 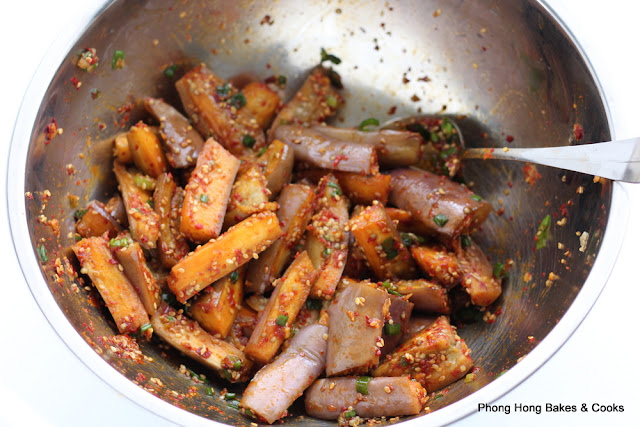 The seasoning must have bold flavors and this time I liked it even better. Korean cooking uses loads of garlic and onions which suits me fine as I am a garlic and onion lover.

I am really loving the side dishes that I have made so far. The flavors are so tasty and appetizing. I am really looking forwards to trying many more Korean recipes.

Method :
1. Cut the eggplant crosswise into 2 inch pieces. Then cut each piece into quarters.
2. Steam for 15-20 minutes or until softened.
3. Meanwhile make the seasoning.
4. In a mixing bowl, add garlic, spring onions, soya sauce, fish sauce, hot pepper flakes and sesame oil. Mix to combine everything together. Set aside.
5. When the eggplant is cooked, set aside to cool.
6. Once cooled, tear the eggplant into smaller strips.
7. Add eggplant into the seasoning and mix.
8. Sprinkle with sesame seeds and serve! 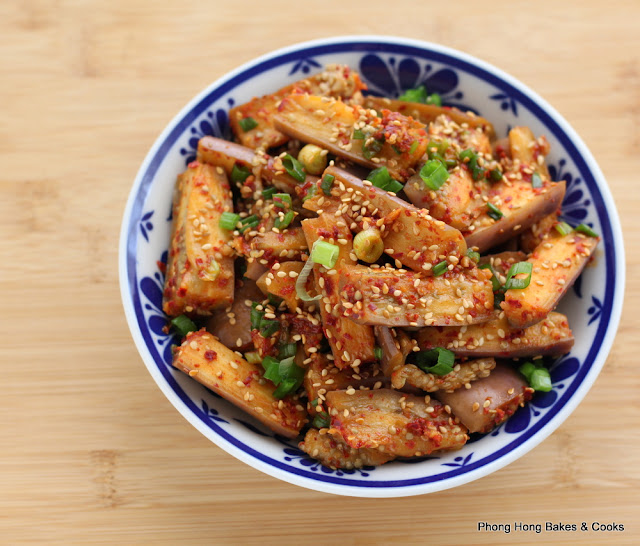