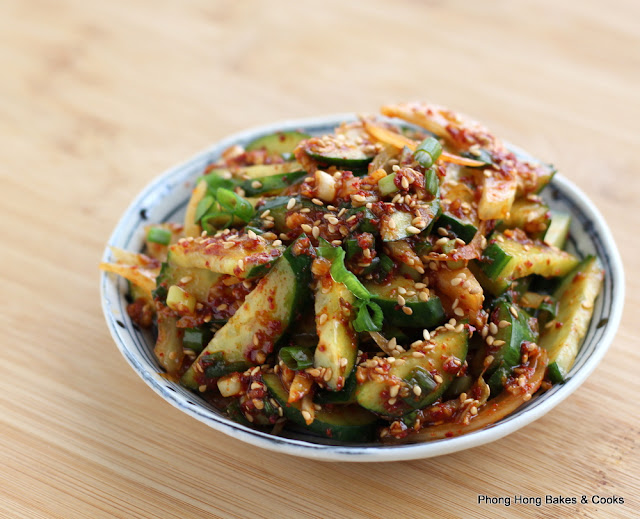 The other day while watching some videos on Youtube, I was reminded of Maangchi when one of her videos popped up on my watch list. Hey! I love this Korean lady and there was a time when I tried her fried chicken but that was as far as I went. Fried chicken and only fried chicken.


Somehow this time I paid more attention to her other recipes and I discovered some pretty good and delicious banchan (side dishes).

Those of you who have eaten at Korean restaurants know that you are served with a myriad of refillable side dishes which are quite delicious. 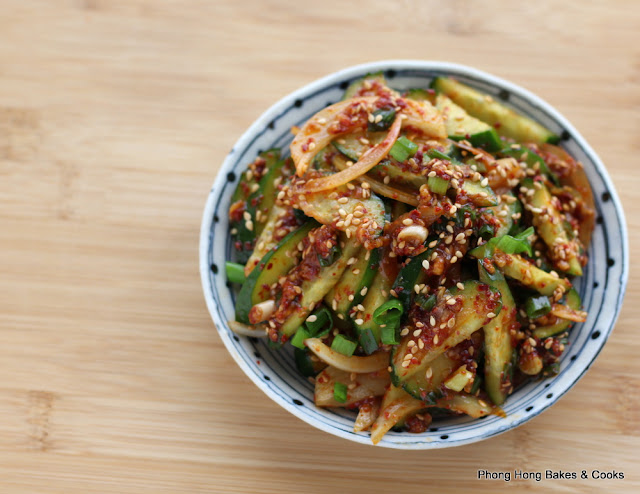 One of them is this cucumber side dish that I have eaten before and enjoyed very much. As it turns out, this side dish, known as Oi-muchim is so easy to make.

The ingredients are pretty basic and easy to get, maybe except for one, Korean hot pepper flakes.

I was so excited about this recipe that I went to Jaya Grocer specially to buy Korean hot pepper flakes. All the other ingredients I already have in my pantry. 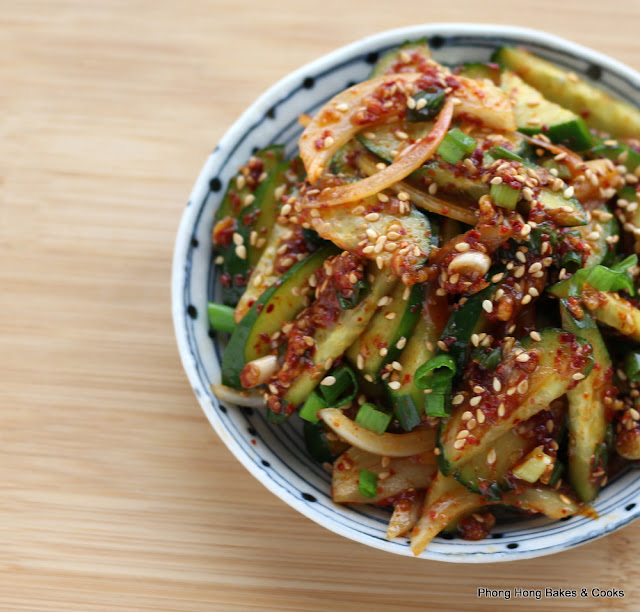 There is a story about the hot pepper flakes. At the supermarket, I found two types - (1) For spicy cook(ing) and (2) for making kimchi, although both were labelled as red pepper powder. Apparently, the correct one is the one for making kimchi although we are not making kimchi with it.

But I was quite naive and in my excitement and impatience, did not do any research and picked up the one for spicy cooking although I could see from the packaging that this one is powder-like whereas the one for making kimchi was coarser.

When I got back to office, something in my heart told me that  it wasn't right. So I consulted Maangchi's blog which I should have done earlier. So I went back to get the correct one. 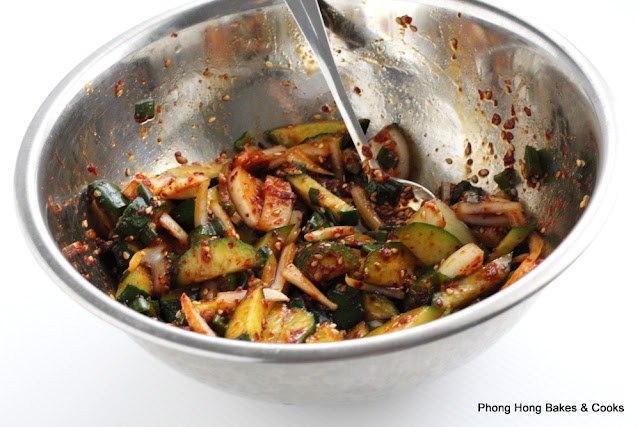 That weekend, I made some Oi-muchim and oh my, it was va va voom! So delicious! So addictive! I couldn't stop eating.

I had it with some other dishes that I learnt from Maangchi. 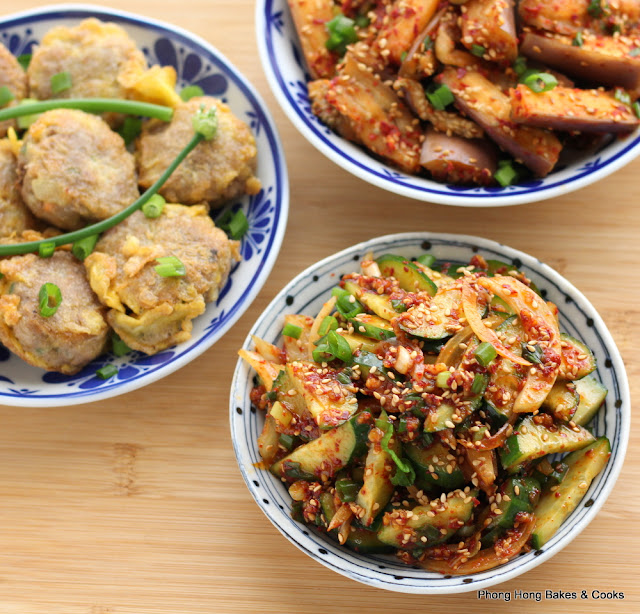 This side dish should be prepared just before serving because as you know, cucumbers will bleed water after being mixed with seasonings. There were leftovers which I kept in the fridge and although it became watery, it was still good to eat. 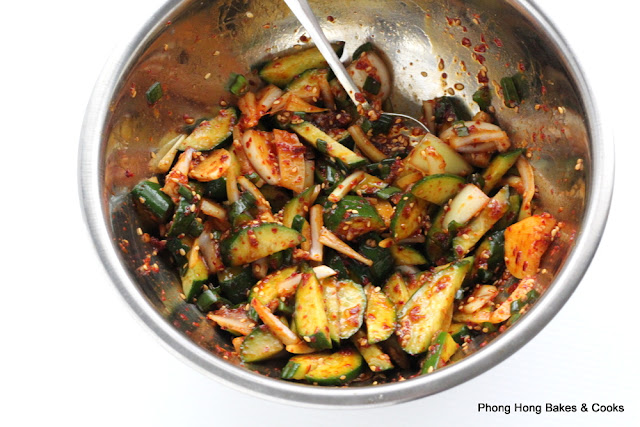 If you like Korean food, perhaps you want to try this very easy and yet delicious side dish. 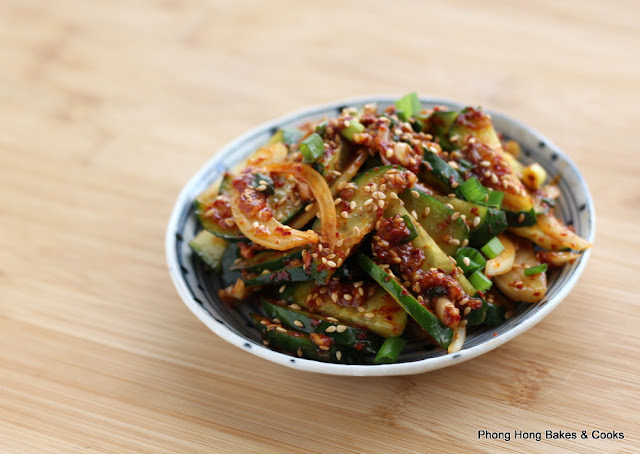 Email ThisBlogThis!Share to TwitterShare to FacebookShare to Pinterest
Labels: Side Dishes, Vegetables