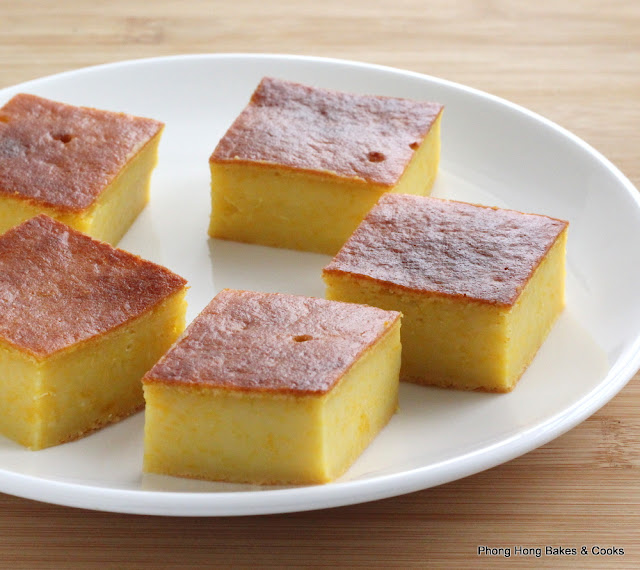 A few weeks ago, I was gifted with half a big ass pumpkin. As you all know, big isn't always better. I have eaten big tasteless cucumber and big tasteless tomatoes.


I did not have anything in mind at the time on what to do with the pumpkin. So I roasted it, with a view of freezing the pumpkin puree. After digging out the roasted flesh, I tasted it and yes, this big pumpkin was tasteless. 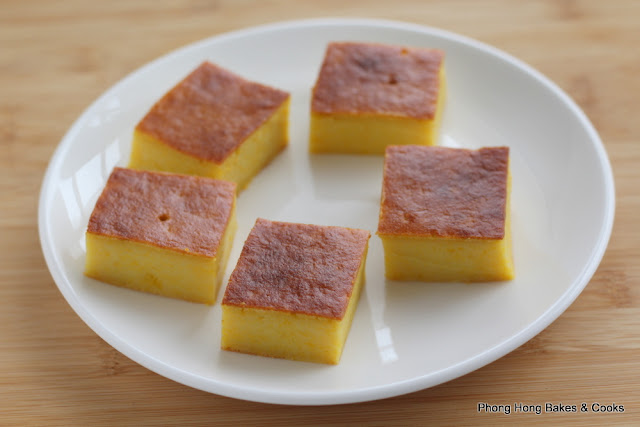 It would have been such a waste to throw it away since I had already invested some time to roast it. So I portioned the roasted pumpkin into containers and stashed them into the freezer.

During Hari Raya, I took the frozen pumpkin out of the freezer to thaw overnight in the fridge. One batch became Pumpkin Gula Melaka Cheesecake (which I will post later) while the balance was an opportunity for me to try out Bingka Labu Lemak Manis.

The problem was, my labu was not manis let alone lemak. But that's all right, because since this was experimental, even if it bombed, I would not have wasted the pumpkin (since it was lousy anyway). It was not a difficult recipe as all I needed to do was mix everything up by hand. Then pour the whole lot into a preheated cake tin and bake. 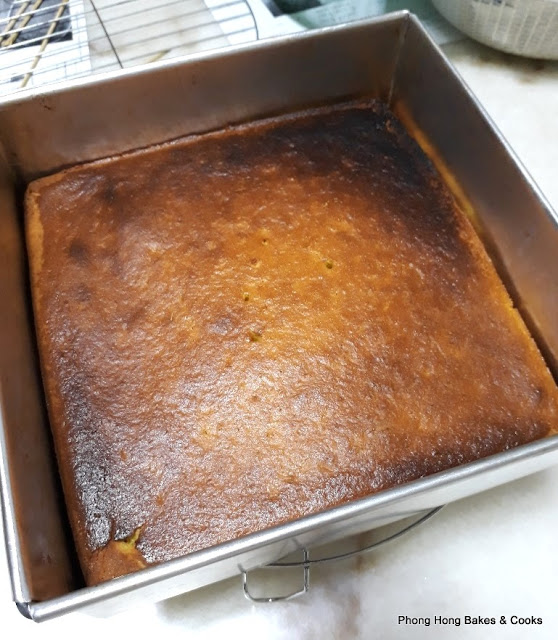 See that? I wanted a browned top and left it on grill mode for too long. But it could still be salvaged. 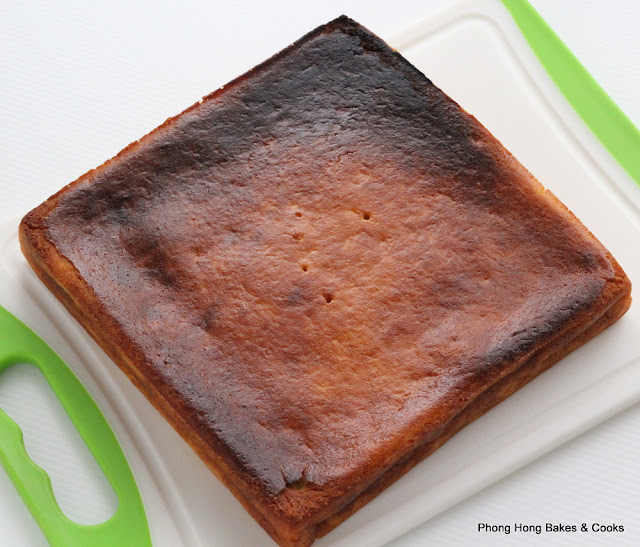 When the kueh was completely cooled, I removed it from the pan and sliced the kueh. The inside was perfectly cooked and the texture was pleasantly firm yet soft to the bite.

However, tastewise it was a let down (as expected) since the pumpkin was blah. Another thing was that the recipe used inadequate santan, which I will tweak in a next attempt. 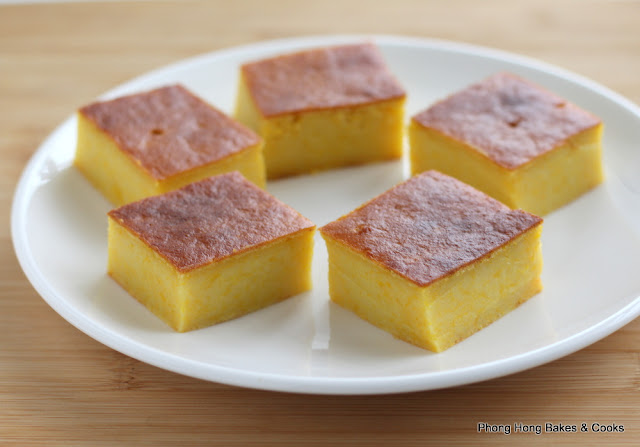 So, no recipe for now until I perfect this. Moral of the story, choose smaller pumpkins.
Posted by PH at 08:18