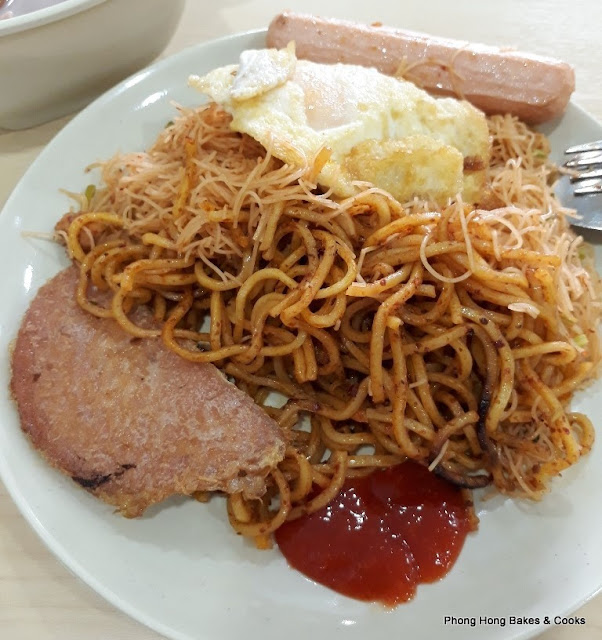 When I went to Mama Dessert I noted that they sold economy noodles. So I decided to swing by and have a cheaper lunch heh...heh... 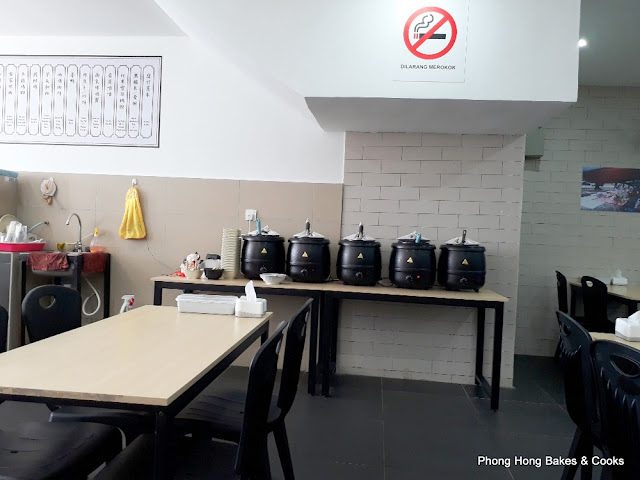 There are two types of noodles, meehoon and mee. Two are non-spicy while the other two are fried with chili paste. 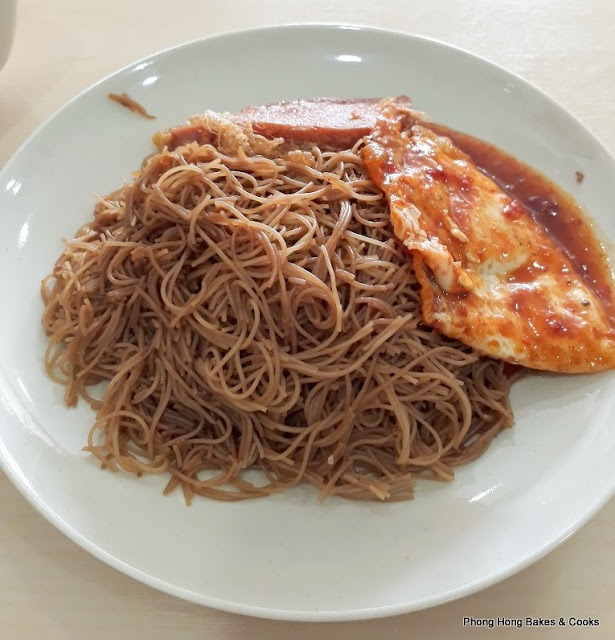 I settled on the plain one and I could not resist adding sambal egg and luncheon meat. 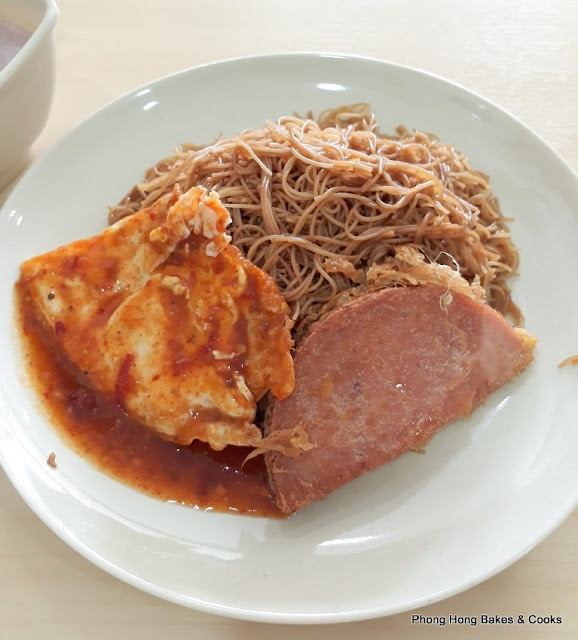 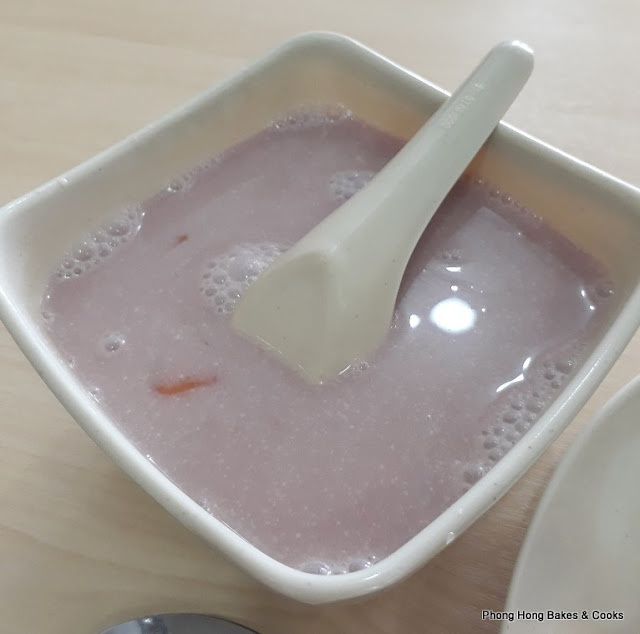 It was nice enough. 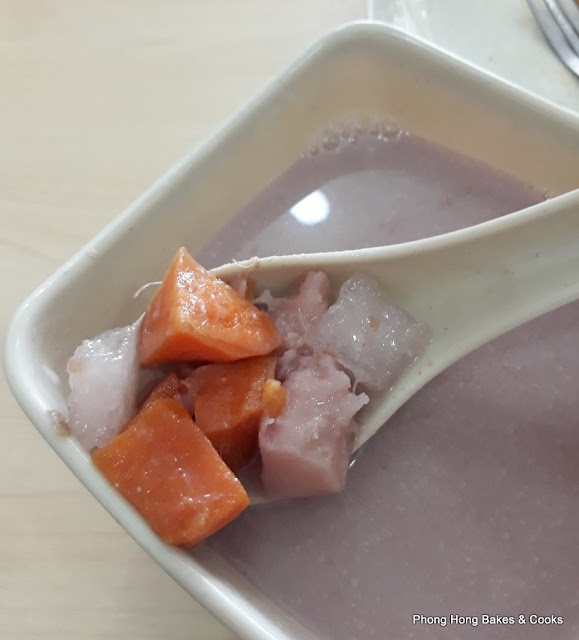 Then a few days later I went back to try their mee siam and I asked to mix with a fried mee. 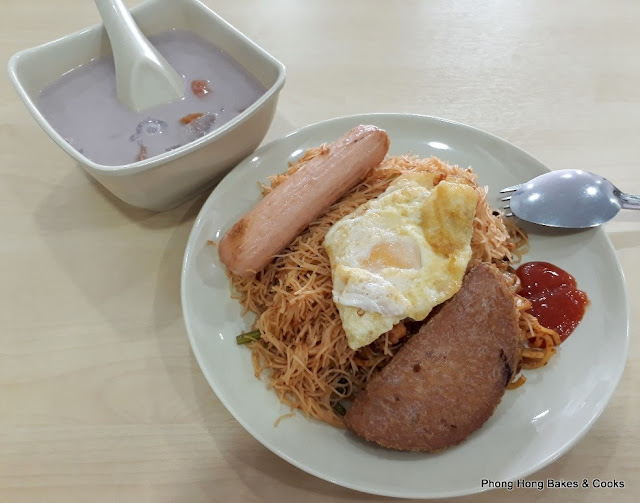 I was very hungry and added an egg, luncheon meat and sausage hee...hee... 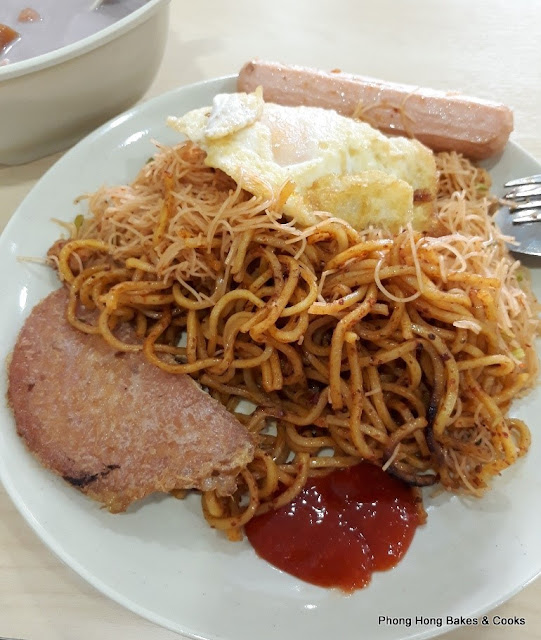 The mee siam was quite bland and tasted like ordinary fried meehoon. The sausage was quite awful while the luncheon meat was just so so. I know I can't expect much. 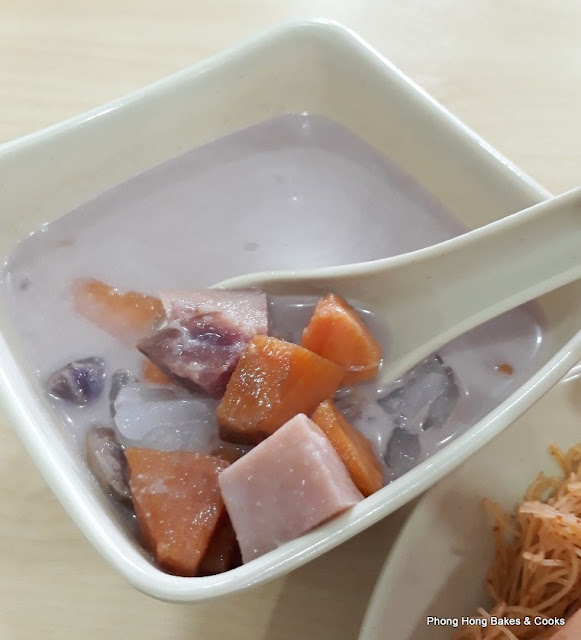 Bubur cha cha again. At least I enjoyed this one. This lunch cost RM10.50. 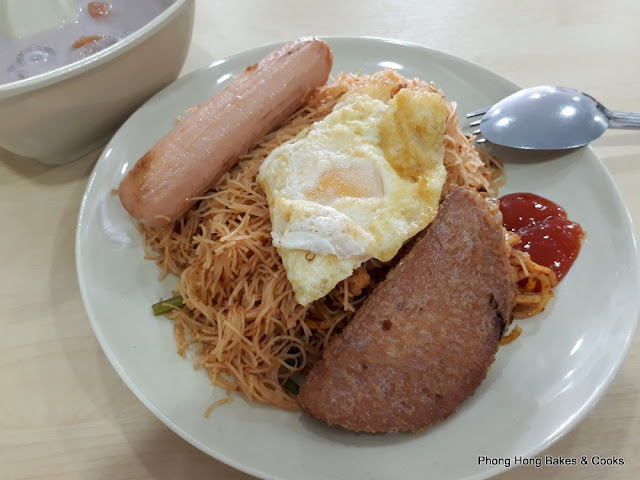 It was filling, so I walked away happy. I don't think I will have this again but I would come back for the set meals and bubur cha cha. 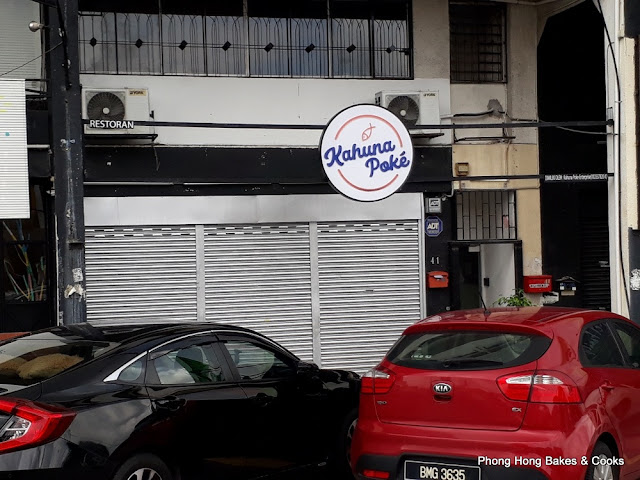 Then I discovered that Kahuna Poke has closed down.
Posted by PH at 08:29