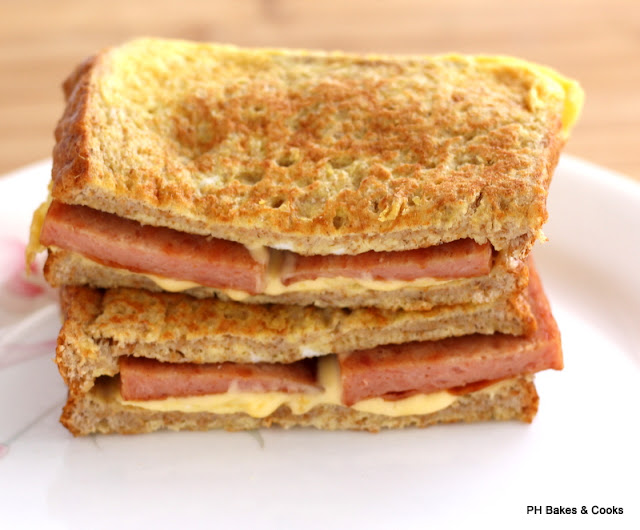 This is actually my (incorrect) interpretation of the (long time ago) viral Tik Tok Egg Sandwich.
I watched the video something like a few weeks before my attempt. But I should have watched the video again because I got it wrong. It just shows that my memory is not very good.
The correct way to do it is like this :
But you know lah, I simply hentam. But before we get into my salah faham sandwich, I filled mine with luncheon meat. I sliced the whole slab into 8 slices. 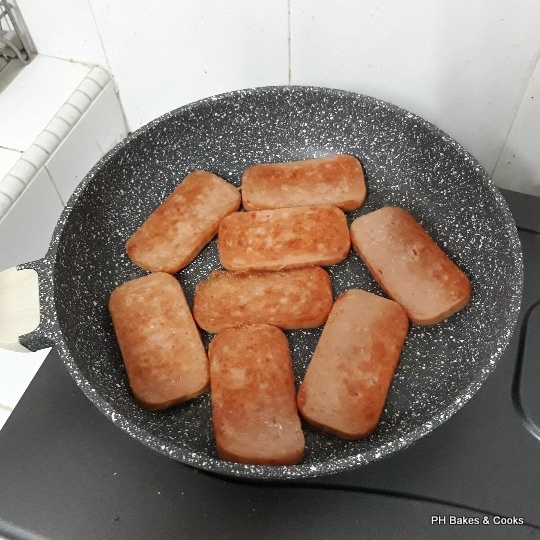 And pan fried the whole lot. In the past, there a few occasions when excess luncheon meat that I stored in the fridge for too long became moldy. This way, I won't forget and will eat within the next few days.
I know... luncheon meat is salty and processed meats should not be consumed too often. But it's so delicious..... 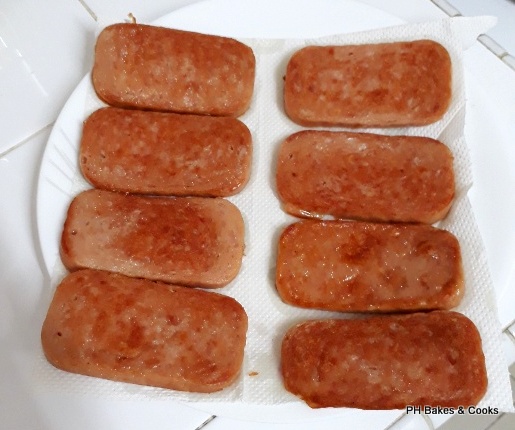 All done. Next to prep the bread. This is where I went wrong. The correct way to do it (as per Youtube video) is you pour the beaten eggs into the pan and then dip the bread in it. Instead, I beat the eggs and then dipped the bread into the eggs (like making French toast) before frying the bread in the pan. Haiz! After the bread was browned, I added two slices of fried luncheon meat and half a slice of cheese. 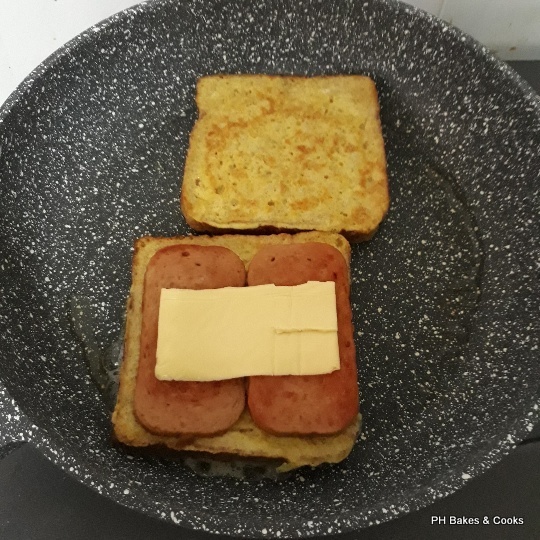 After that, I poured in the leftover beaten eggs. 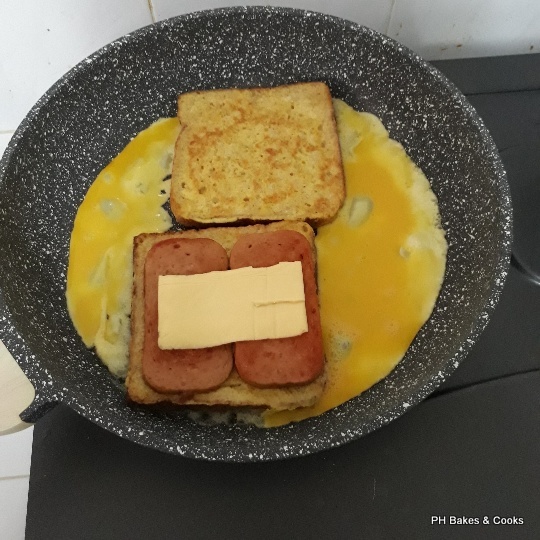 I will reattempt this sandwich the correct way. 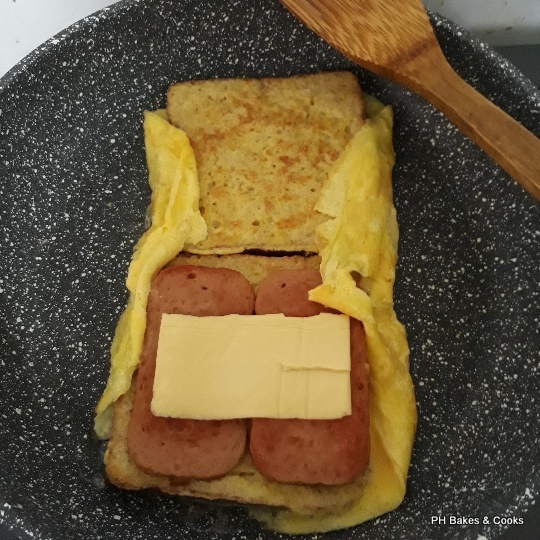 You know me, I am never shy to show my baking or cooking disasters, though this wasn't exactly a disaster. 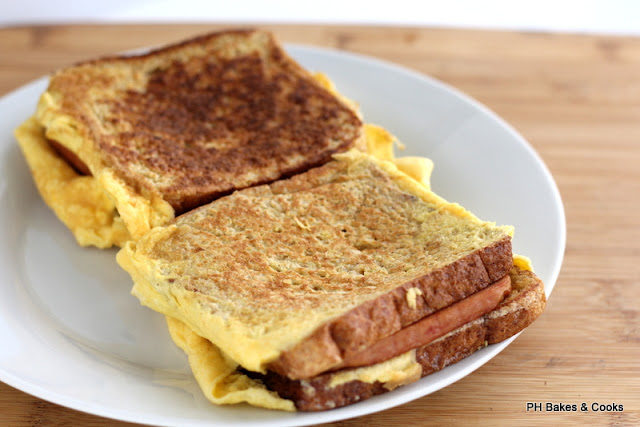 One was a bit too brown while the other needed more browning.  But can lah. As long as can eat, considered OK liao. I didn't get the melty cheese effect because I did not put a lot of cheese. Two slices of cheese will give you that very nice gooey melted cheese but I don't like too much cheese. 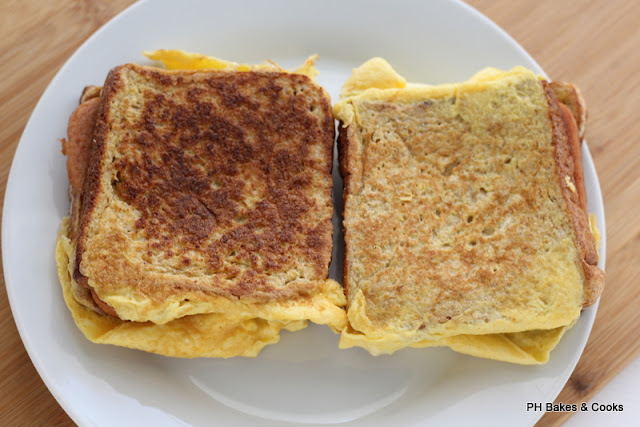 Taste wise, sure it was nice. Can't go wrong with eggs and bread, right? Besides, luncheon meat will right any wrong. 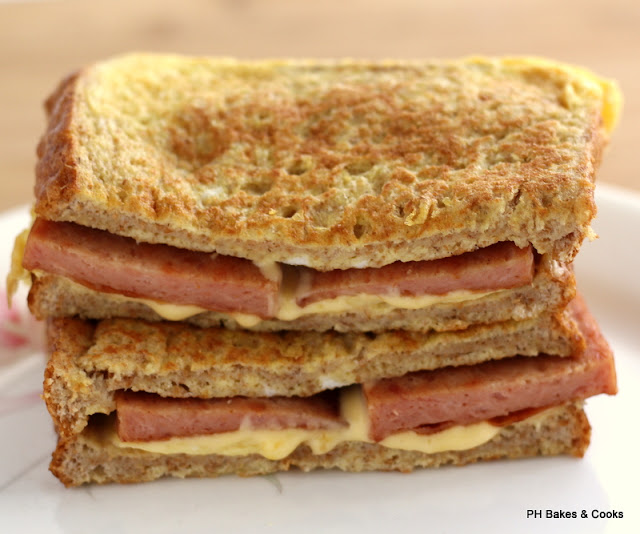