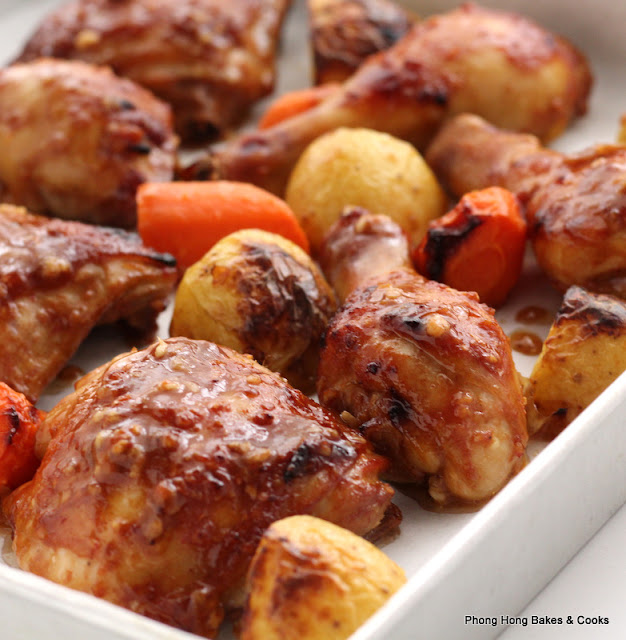 Whenever I have no idea what to do with a bunch of chicken legs, I always turn to my favorite marinade. There's nothing like the freedom of not following a recipe and throwing in whatever sauces that you fancy.


Since I had some potatoes and carrots in the fridge, these were enlisted to accompany the chicken but not before being steamed for a short time to ensure that they cook faster in the oven. 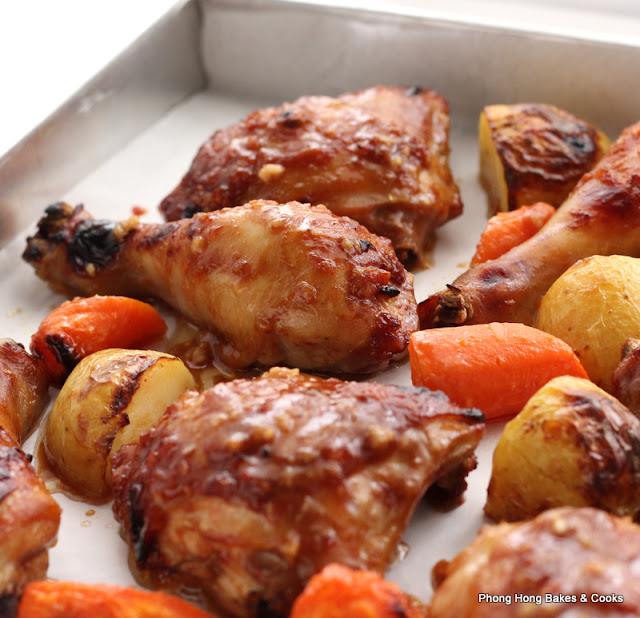 I combined 3 chicken thighs which had defrosted in the fridge together with 5 drumsticks which were freshly purchased from the supermarket.

I put all of them into a mixing bowl and threw in minced garlic (lots!), pepper (lots!) and a bunch of sauces from the fridge. I also added a tablespoon of oil and mixed everything up and let the chicken sit on the kitchen counter until the chicken pieces were no longer cold to the touch. 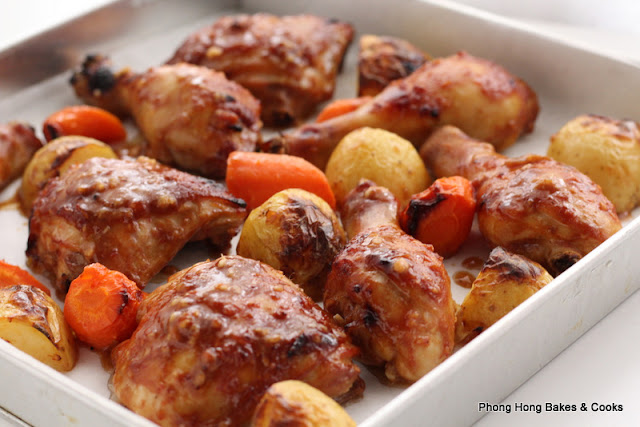 Just before they were roasted, I tossed the steamed potatoes and carrots with some oil and arranged them in a single layer together with the chicken.

It didn't take long to cook. Just 25 minutes at 200C. I did not even bother to flip the chicken, I only basted them with the oil and juices that oozed onto the pan.

I did rotate the pan though, to ensure that the chicken pieces were evenly roasted. 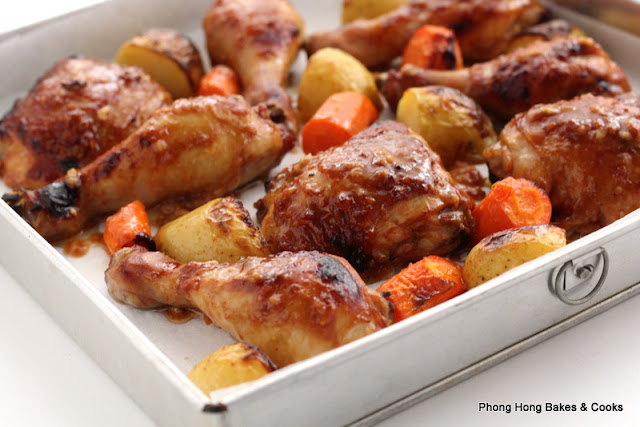 This recipe never fails. What comes out from the oven is  always delicious, moist and tender.

Method :
1. In a large mixing bowl, mix tomato sauce, oyster sauce, chili sauce, light soya sauce, pepper, Maggi seasoning and oil.
2. Add chicken pieces into the bowl and mix to coat the chicken with the marinade.
3. Leave the chicken to come to room temperature and give a good mix every now and then to evenly distribute the marinade.
4. When the chicken is no longer cool to the touch, roast together with the potatoes and carrots at 200C for about 25 minutes or until chicken is cooked through. While roasting, baste the chicken every now and the with the pan juices. 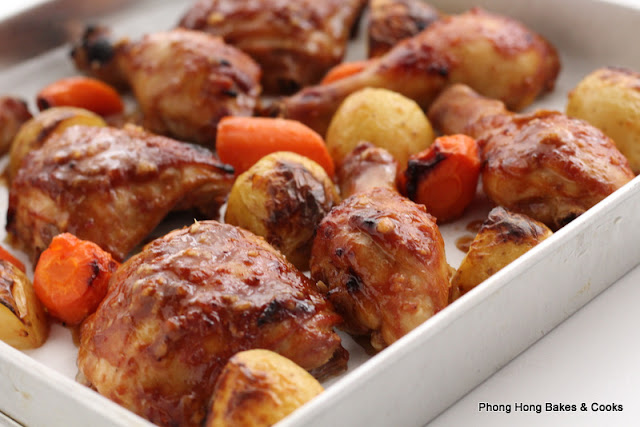