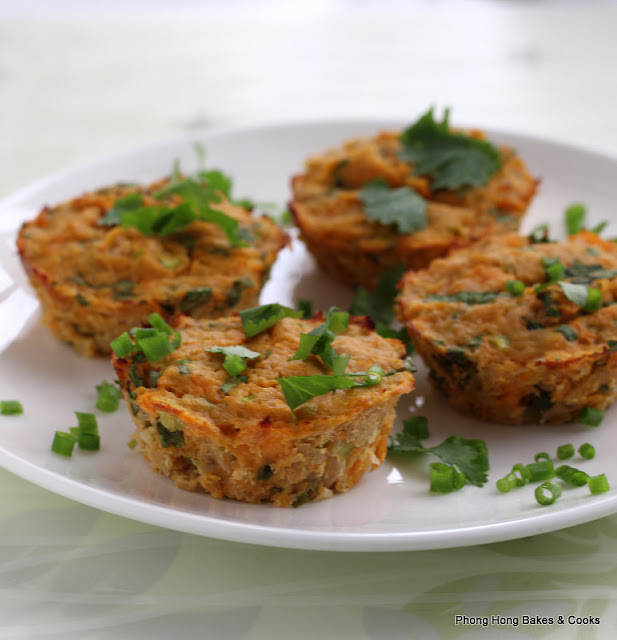 I found a can of tuna in the pantry. It was purchased quite some time ago and was meant for my partner's tuna sandwiches. But since he does not want to eat anymore canned tuna, I have to find a way to use it.


Quite frankly, I do not like canned tuna and sardines. Sardines especially. I have had my fair share of sardine sandwiches and sardine puffs when I was a kid. And I lived at a time when you do not say no to what your mother puts in front of you. 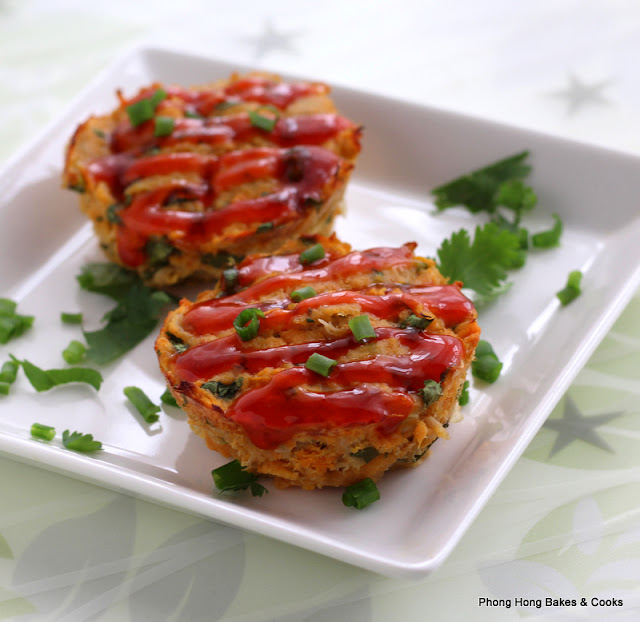 Then I remembered a recipe for Spicy Tuna Cakes from the book Nom Nom Paleo Food for Humans. That recipe combined canned tuna with mashed roasted sweet potatoes and seasoned with herbs, salt, pepper and chili flakes. 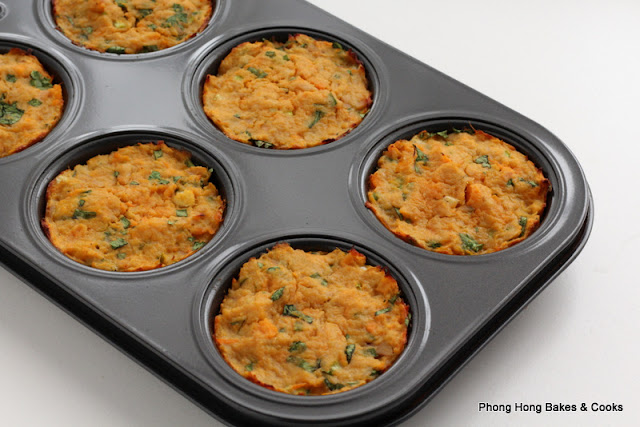 Then the mixture was baked in a muffin pan. How convenient. It took about 25 minutes for the tuna cakes to be cooked and I made the mistake of not greasing the muffin holes. So I ended up with the tuna cakes which stuck firmly to the pan. 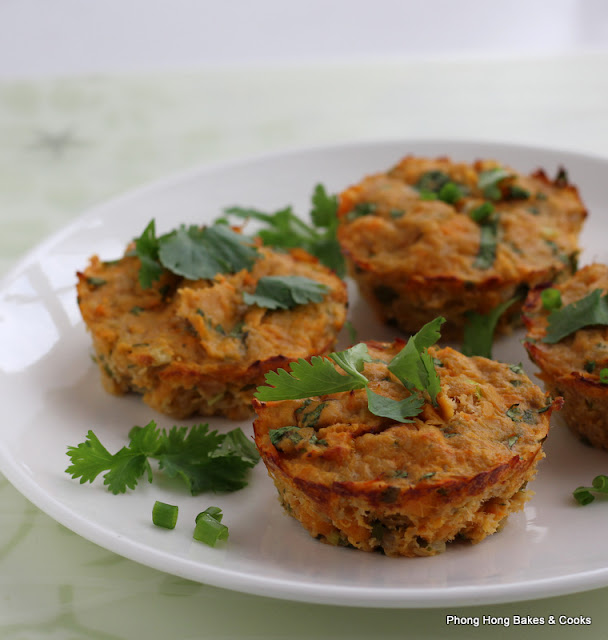 As shown in the book, I inverted the pan onto a wire rack and had to give it a hard whack to remove the tuna cakes. Luckily they came out in one piece.

I let them cool and bit into one. Oh my, it was very tasty. Even better when eaten with sweet chili sauce. So I guess I may be replenishing my stock of canned tuna after all just for these tasty tuna cakes. 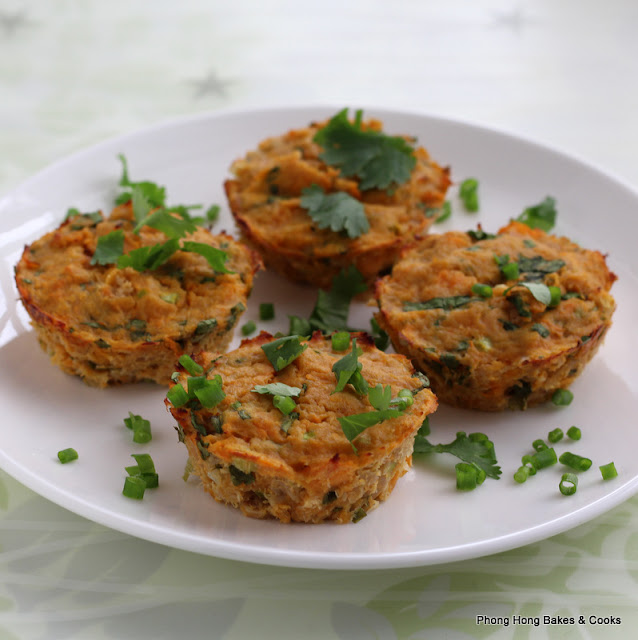 Method :
1. In a mixing bowl, break tuna into fine flakes using a fork or your hands.
2. Add mashed sweet potato, spring onions, coriander, onion powder, salt, pepper and egg.
3. Using your hand, mix the ingredients to combine.
4. Grease a 6-hole muffin pan and fill each hole with the tuna mixture.
5. Bake in the oven at 180C for 25 minutes or until the top of the cakes are crusty and slightly browned.
6. To remove tune cakes, invert muffin pan on a wire rack. 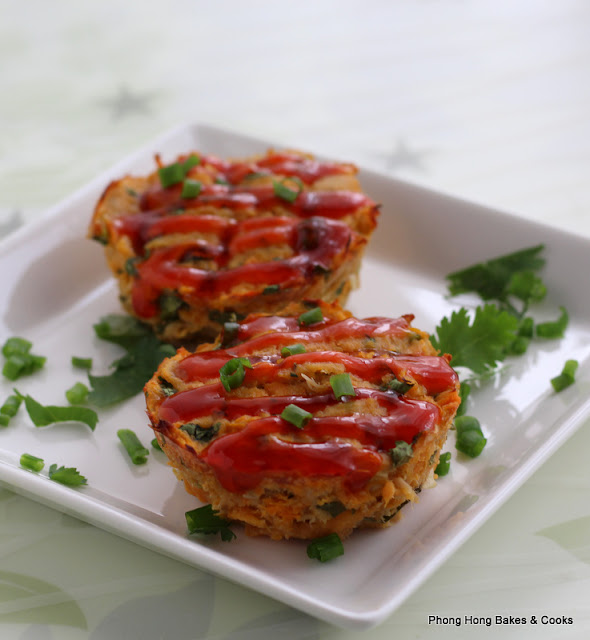