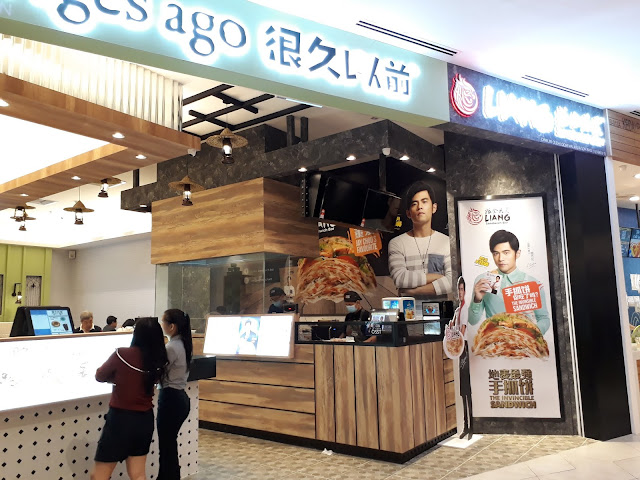 I have read about Liang Sandwich Bar and the roti canai-like sandwich wrap. Then the next thing I know, an outlet opened at The Starling last year.


There was a crowd initially and I decided to let the excitement cool down before I paid a visit. Honestly, from what I have read, I did not think that the sandwich fillings were anything that I would fancy. But apparently, it is a favorite of a certain Taiwanese artiste. 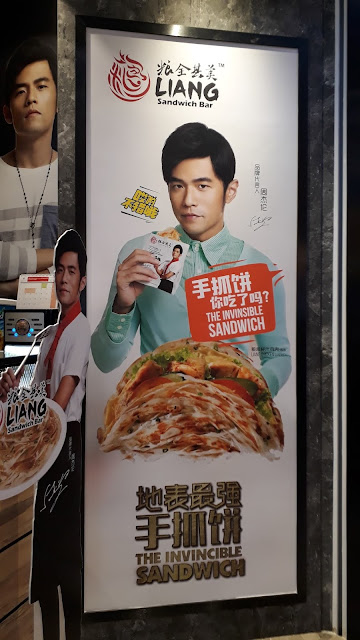 Jay Chou. I don't listen to Chinese songs but I know who he is.

Looking at the menu, nothing really caught my eye. At first I asked for the Chicken Patty (RM9.90) but I was informed that it was unavailable.

So I asked for a recommendation. The lady told me that the Liang Chicken Sandwich (RM9.90) was their bestseller, so that's what I had. For drinks, I picked the Organic Soya (RM3.90). 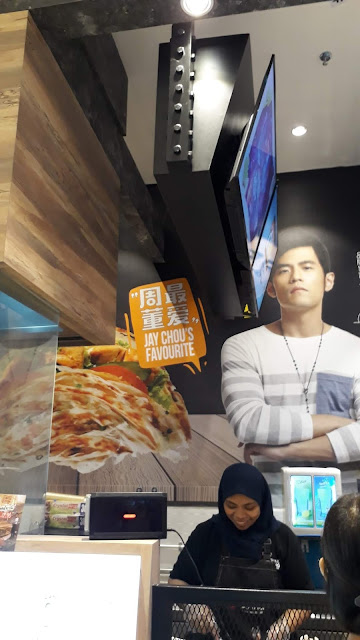 I had to wait quite a bit for my food. I noted there were a few bottles of sauces at the counter and I was not sure if I could choose or the sauce was already designated to each type of filling. Then I noted that the lady squeezed some sauce into my sandwich without any reference to me. 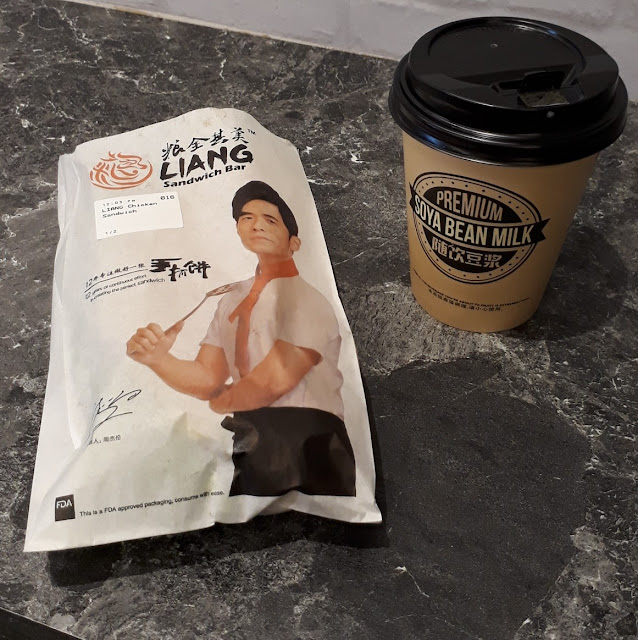 So there you have it. The sandwich is placed in a paper packet and it is not so easy to eat. 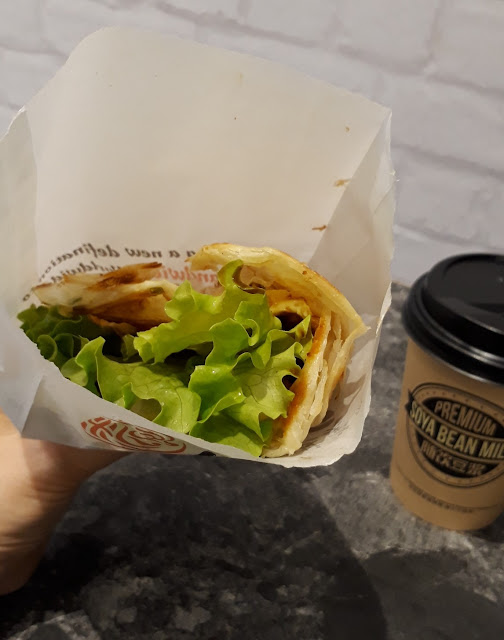 I had to tear the paper as it was quite hard to maneuver the sandwich. 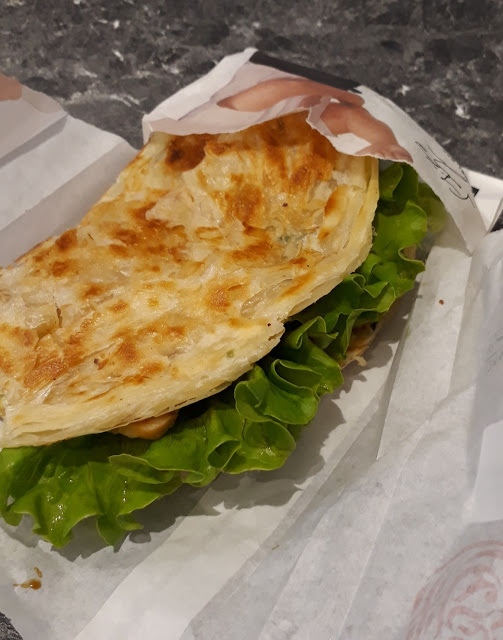 Then I lifted the "roti canai" to see the filling. 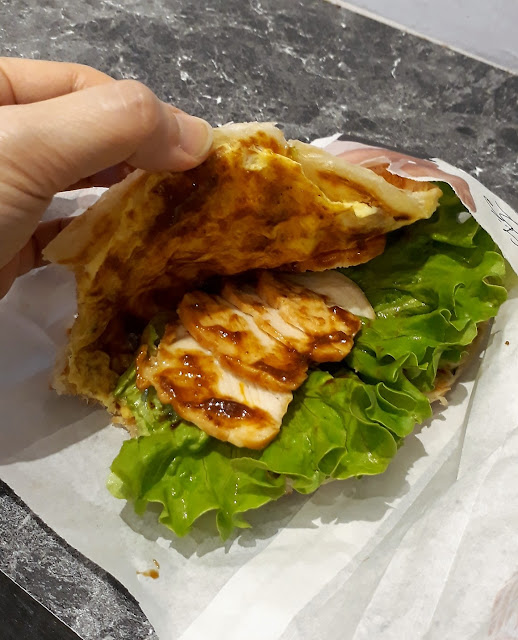 A few slices of chicken, lettuce and sauce. Upon tasting, it was hoisin sauce. Not my favorite sauce for a sandwich. The "roti canai" wrap was nice as it was crispy and light. I just thought that the choice of fillings weren't that great. 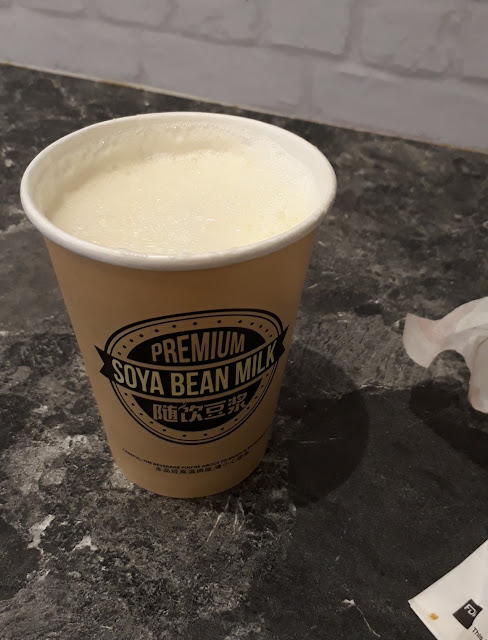 I love soya bean milk but I did not like the taste of this one.  It's not fresh soya milk but those in powder form mixed with hot water. After two sips, I abandoned my drink.

Well, suffice to say, one visit just to satisfy my curiosity is enough for me.

I had to eat something to kill the taste of the hoisin sauce and the soya bean milk. So .....