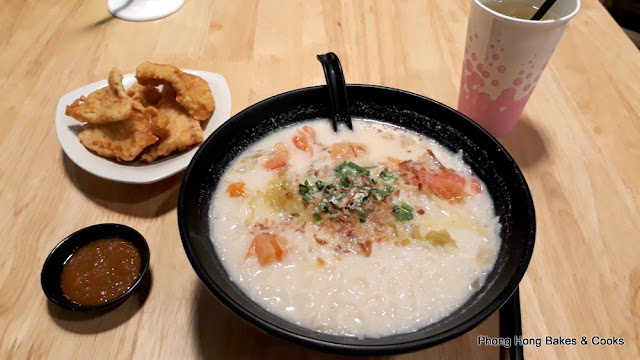 One evening, my brother dropped by my office to get my signature on some documents. See how important I am? wahahaha!!!


Since it was nearly time for me to knock off, I asked him for a lift home and suggested an early dinner. Initially I wanted to take him to Crack Pork but it was still too early and they appeared to be shifting some tables and stuff for a function that evening.

So we ended up at Mr Fish@The Starling. Most unfortunately, the photos I took of our dinner disappeared from my phone. Bah! Has this ever happened to you? 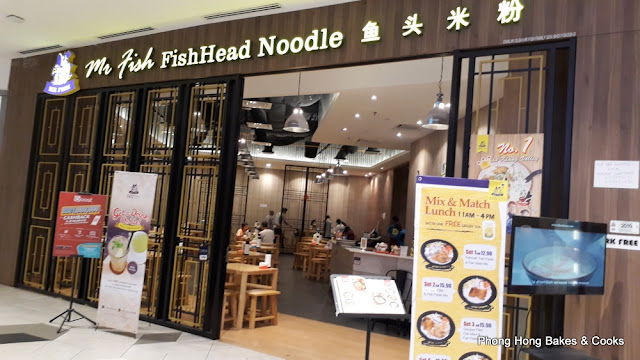 I returned on my own for lunch another day and was pleasantly surprised to see the lunch promotion. 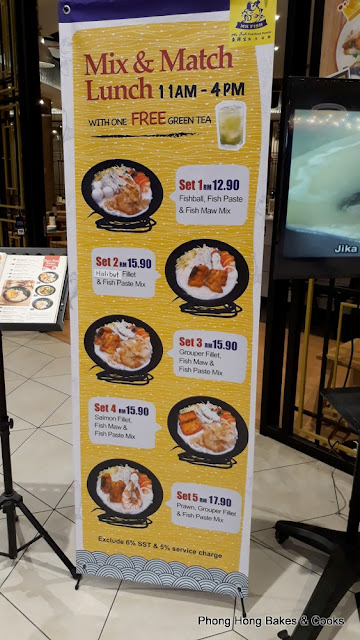 The promotional menu is slightly different inside with an addition of a new set meal, Set 6 with Halibut Fillet (RM15.90). 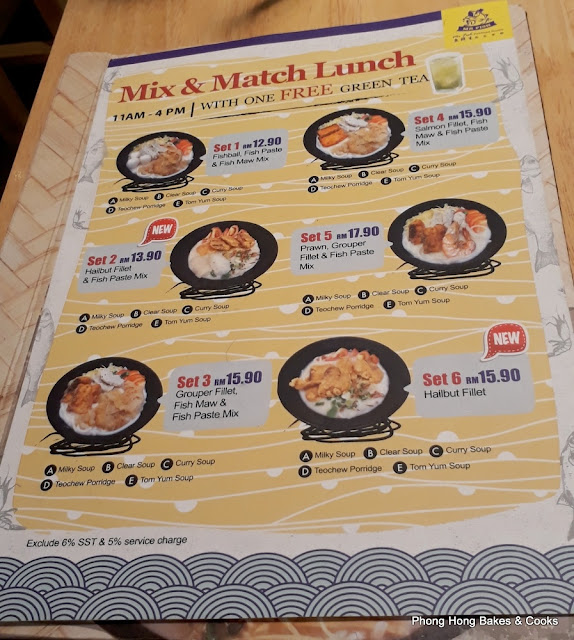 That's what I went for and I chose the Milky Soup (which I had with my brother) because I have a liking for it after trying it on an earlier outing with my partner. 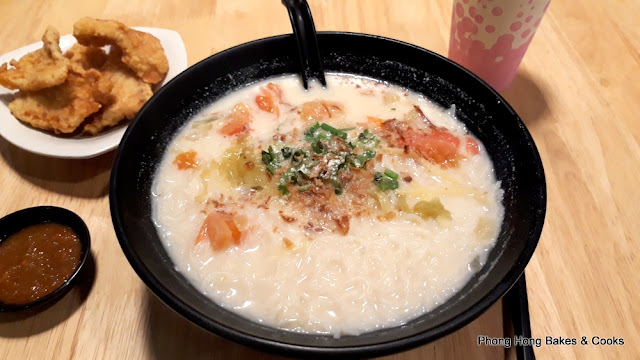 The fried halibut fillet was served separately on a plate. 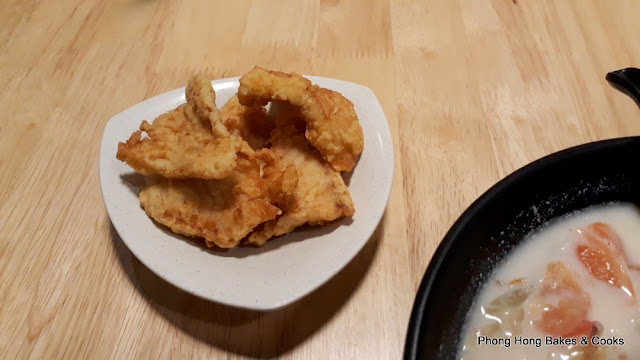 My fears of the soup tasting of milk was unfounded and now I understand why my brother loves it so much. 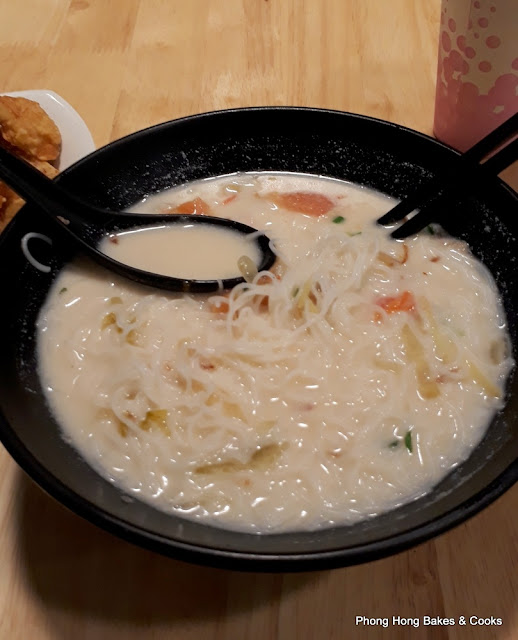 There were bits and pieces of salted vegetables (kiam chye) in the broth and my brother enjoys that a lot.

On another visit I had Set 3 (RM15.90, Grouper Fillet, Fish Maw and Fish Paste Mix). This time with curry soup. 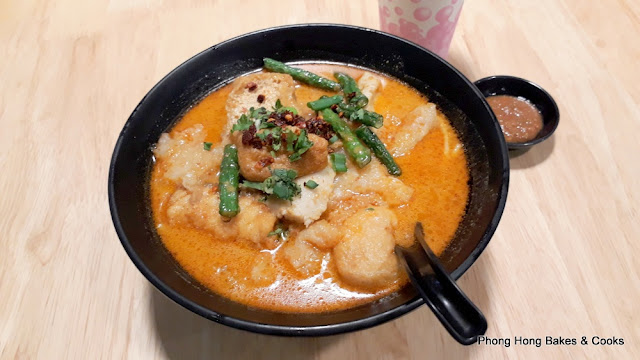 Look at that. Absolutely scrumptious! 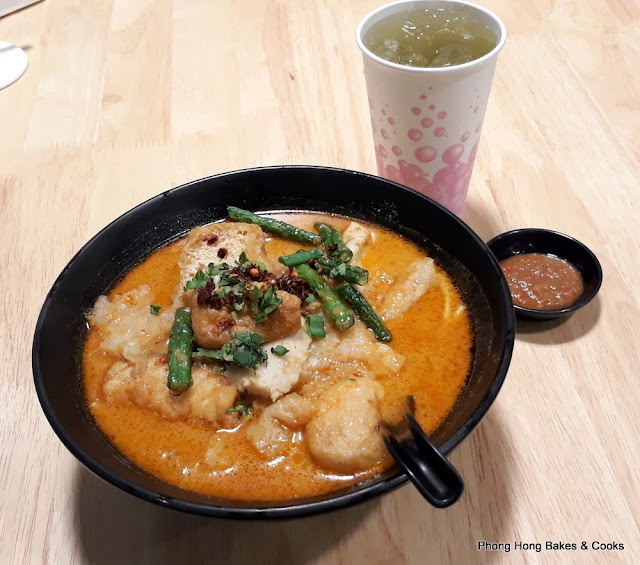 So good! I threw caution to the wind and drank all the soup to the last drop and I am happy to report that it did not make me thirsty or bloated afterwards.

Mr Fish accepts Favepay (yay!) but the cashback is a bit kedekut. Only 5% but OK lah. There is also free wifi (password is pasted on the wall), which is great because the Starling free wifi sucks. Without wifi, your e-wallets won't work:(

After my meal, I went jalan-jalan to burn some calories (as if that would help) when I spotted the newly opened Famous Amos kiosk. When is IlaoIlao coming? Haiz........ On my way back to office, I spotted the MBPJ people in action. 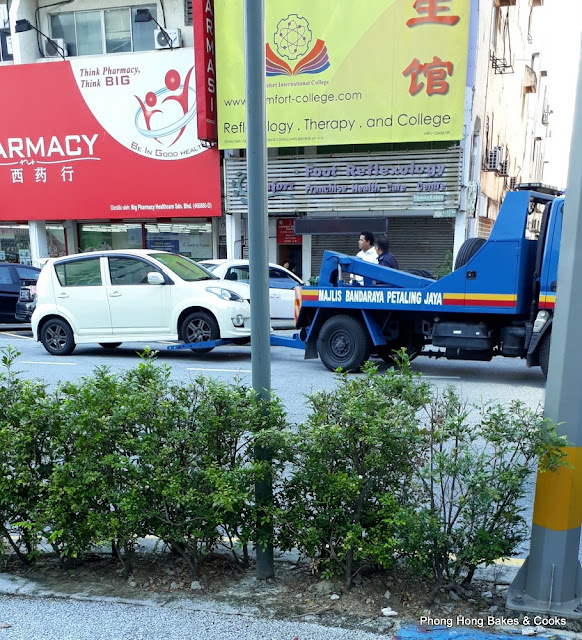 They are very active, so don't double park when you come here.
Posted by PH at 08:09