Sushi Zanmai - Worth the Queue? 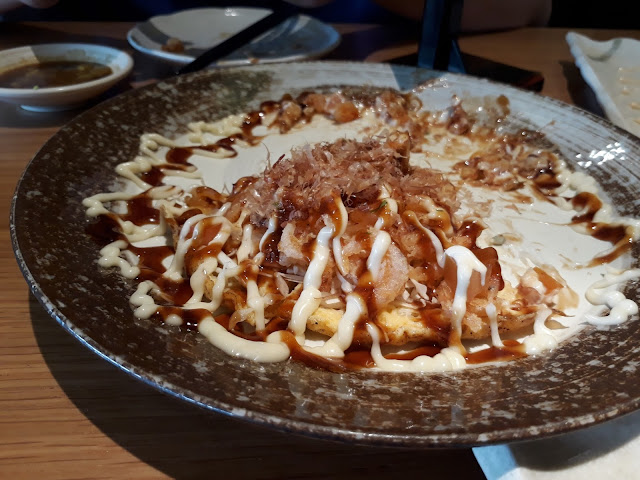 Every time I walk past Sushi Zanmai@1 Utama, there is always a long queue which explains why I never got a chance to dine there. So when Sushi Zanmai came to The Starling, I was quite pleased.


There were no queues (at least during the times I walked past) but ironically I never got round to visiting. Until late afternoon one day when I walked in on my own.

It was past 3pm but there were 3 or 4 tables occupied. The wait staff (3 or 4 of them) saw me (customers have to wait to be seated) but I was virtually ignored until one of them seated me.

After browsing the menu and ready to order, I tried to catch the attention of the wait staff. Again, I was as good as invisible to the lot of them. Feeling disgusted, I walked out.

Fast forward many weeks later, my brother wanted to visit Sushi Zanmai and I agreed. Though I was put off earlier, I obliged since it was an opportunity to satisfy my curiosity about the food. 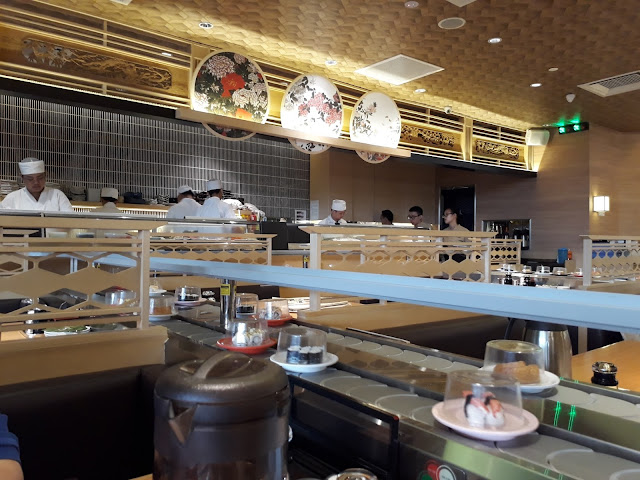 It was around 6pm, so this was an early dinner for us. We were seated near the conveyor belts which reminded me of Sushi King which I have stopped visiting for many years.

While waiting for our order, we tried two items from the conveyor belt. 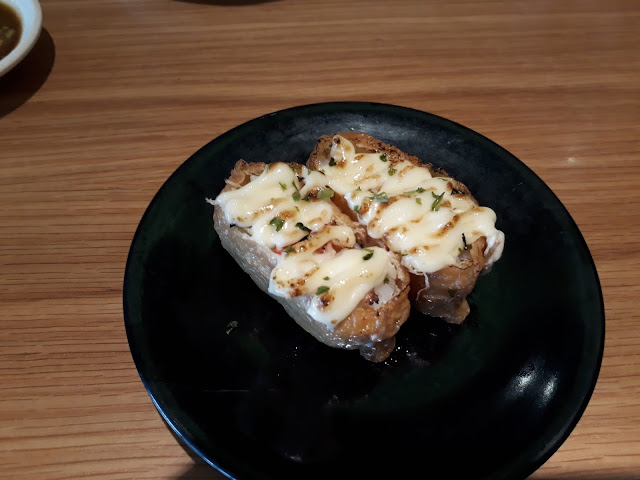 I'm sorry I don't know the name. I think it was those stuffed beancurd skin. 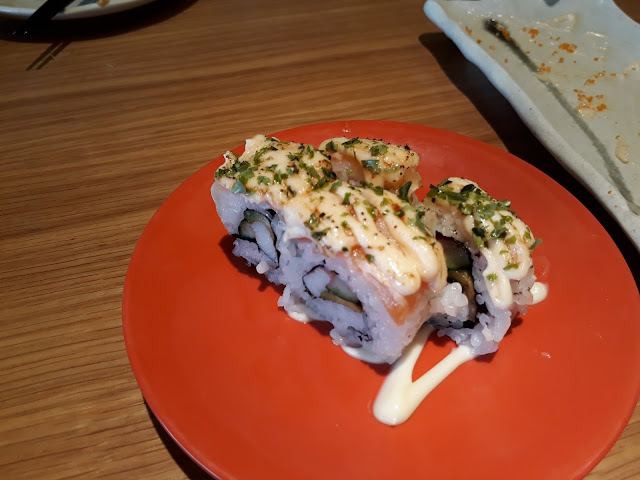 This one had raw salmon and the sushi broke apart quite easily :( 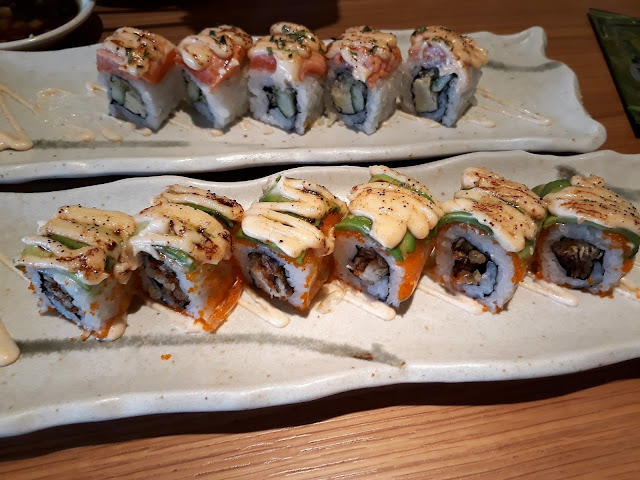 We ordered the Mentaiko Spider Roll (front) and Salmon Mentai Roll (back). These came via this train-like thing which runs on the tracks above the conveyor belt. The lights will flash and a disembodied voice will yell tell you to "please take your food". 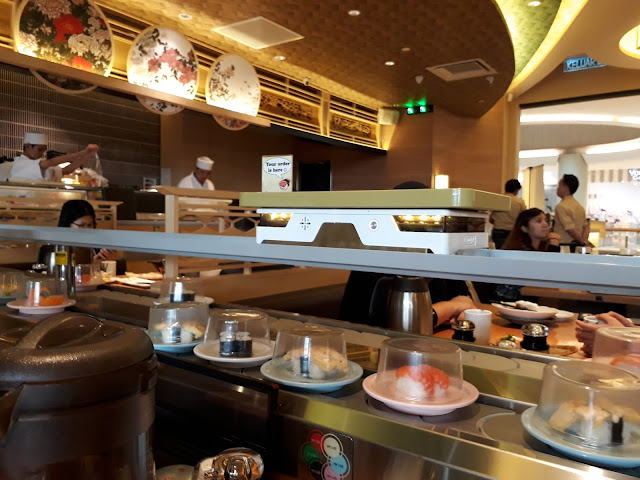 Earlier one zoomed by and before we could react, it ran away. 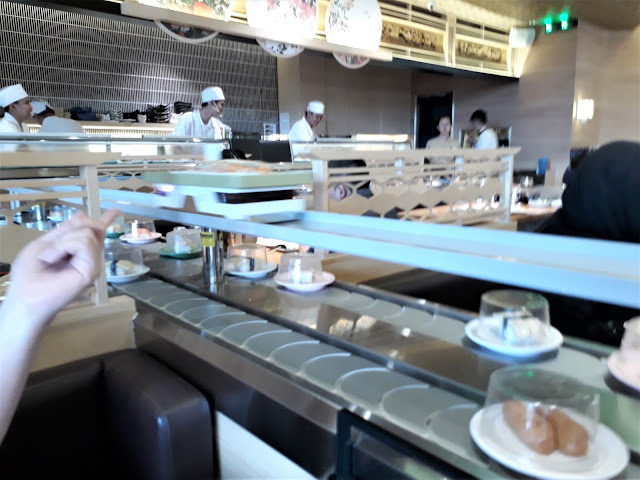 That's my bro pointing at the "runaway train". 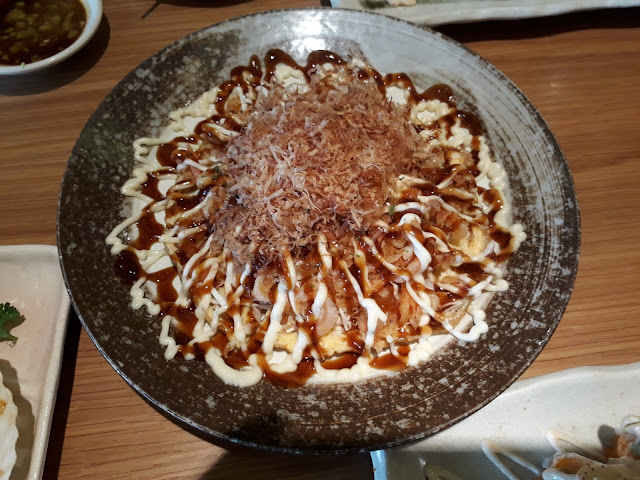 We also got ourselves an Okonomiyaki, some sort of pancake which we have never had before. It was just all right to me, though we liked the crispy toppings. 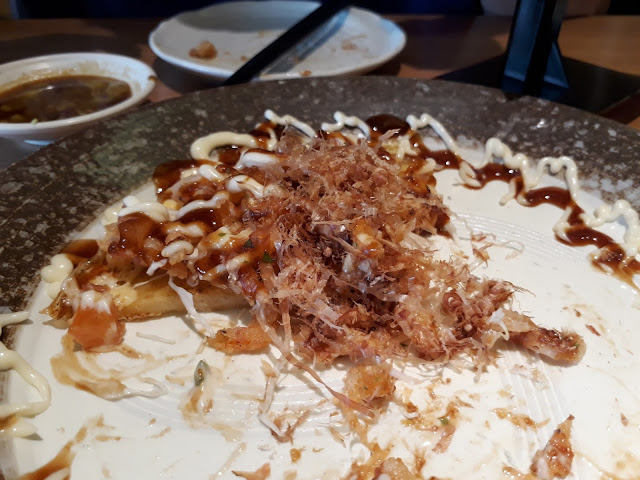 We also ordered my brother's favorite Temaki and though we ordered two, only one came followed by the other a bit later. 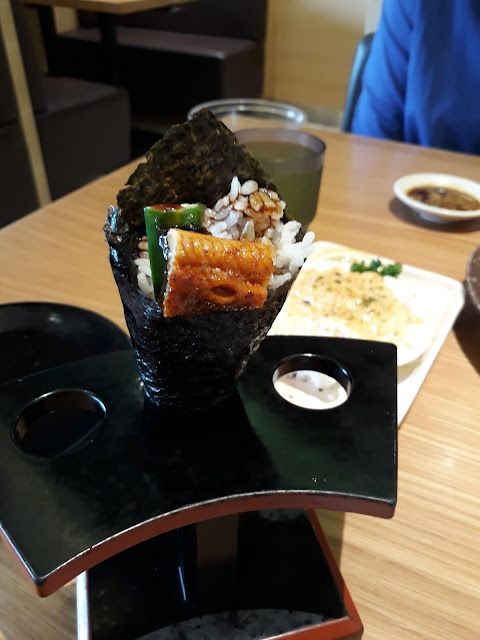 I'm afraid this was not good because the seaweed was already soft and chewy (instead of crispy) when it reached our table (same for the second one). My brother lamented that "Connie's (of Hokano) is better".

Then we realized that one order was missing and reminded the wait staff. Shortly after that, this thing arrived. 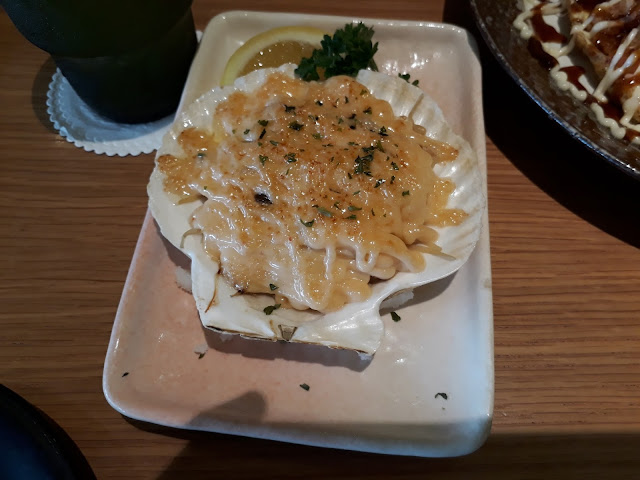 Uiks! That's not what we ordered but since service was rather slow, we decided just to take it but luckily we did not dig in so soon. The server who took our order came by to check and she realized that it was the wrong order and took it back with apologies. 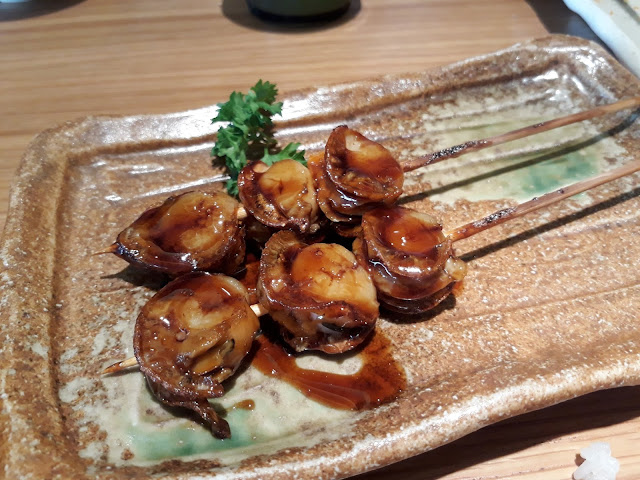 Ah! That's what we ordered. It was on the chewy side, overcooked, I suspect. 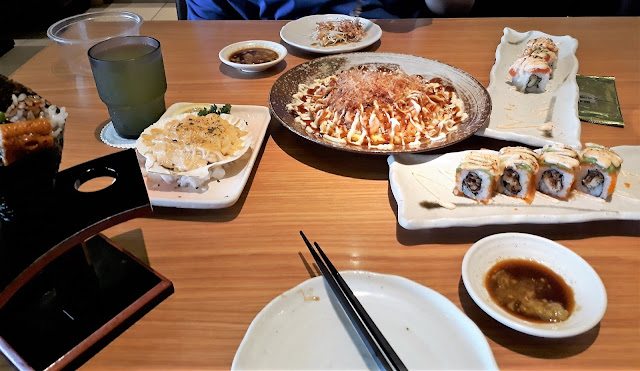 I would say that we were underwhelmed by our dinner. Nothing wowed us. My brother asked me if I would return and I told him no. If we want Japanese food at The Starling, we should go to Rakuzen. But at least we tried. 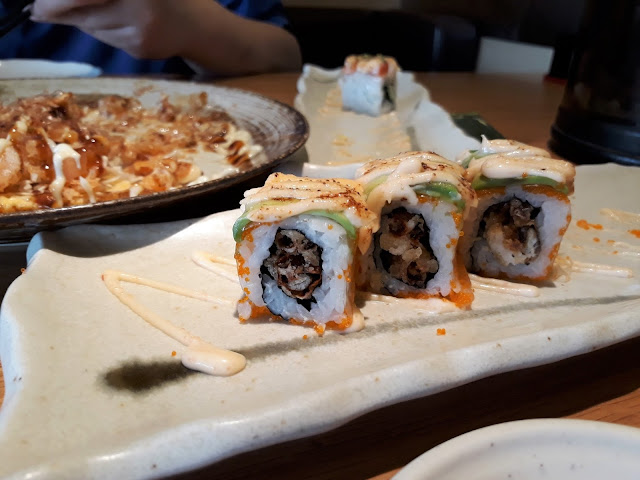