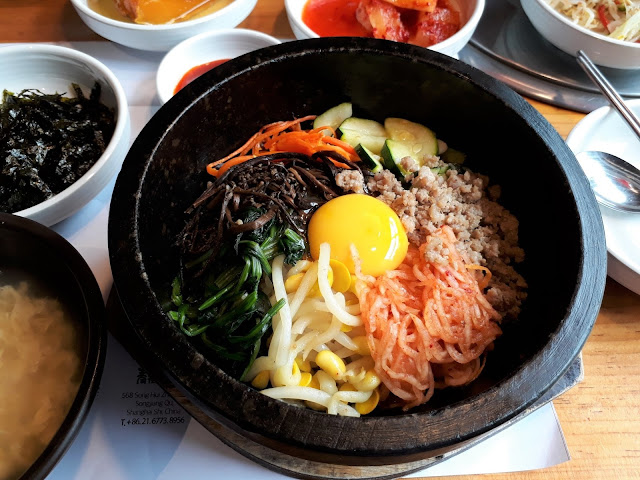 A while back, my brother and I visited Qing He Gu@Damansara Uptown for a nice Korean BBQ lunch. Since then I have not visited but I walked past the restaurant many times while running errands.


On one of my walkabouts, I noticed this banner outside the restaurant. 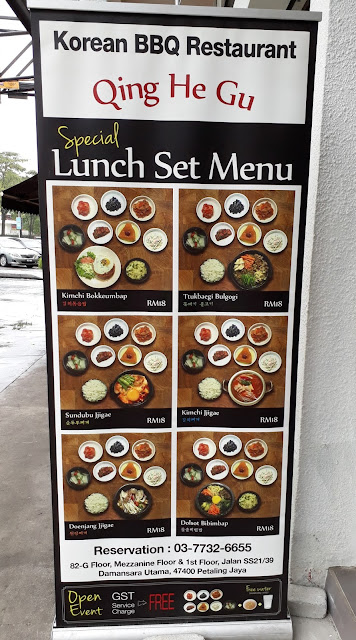 The Set Lunch is priced at RM18.00 with no GST and service charge. It sounded very attractive but at RM18.00, I did not expect much.

I usually eat lunch early at around 11.00-11.30am and this restaurant opens at near 12pm. So I never got round to visiting until one day when it rained cats and dogs.

By the time the rain reduced to a drizzle, it was already slightly past 12pm and I decided to walk to Qing He Gu and yup, the set lunch promotion was still on. 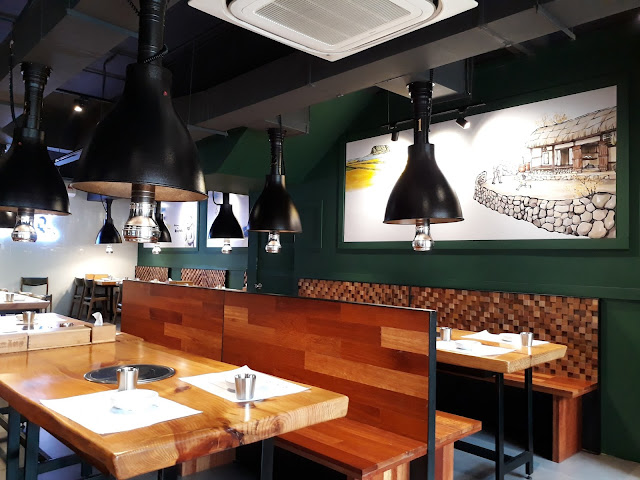 I got a window seat, pretty much the same place where I sat with my brother on our earlier visit. 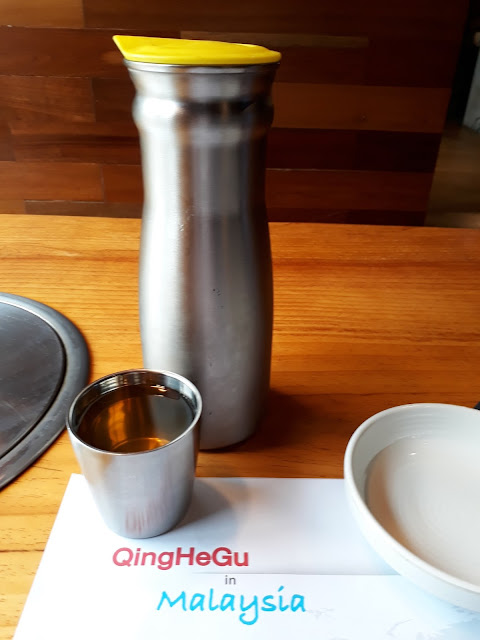 This very nice smoky cold Korean tea is served on the house. I had my heart set on the Dolsot Bibimbap and I waited patiently for my lunch to be served. 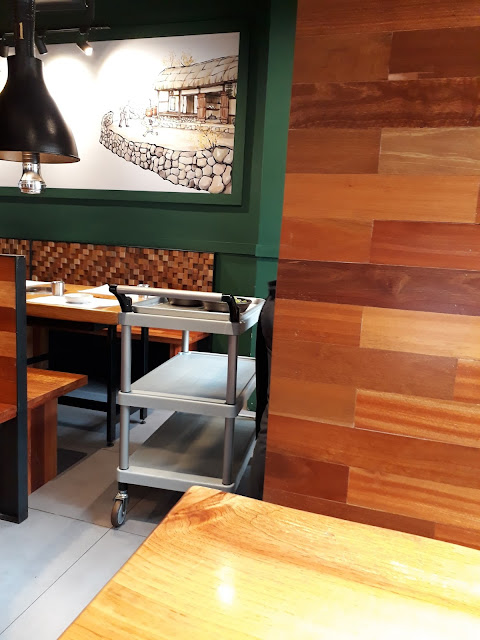 The table in front got served first as they were there ahead of me. I noted that the server brings the food over on a trolley.

Then my banchan arrived. As the server placed the banchan one by one on my table, I went WHOA!! 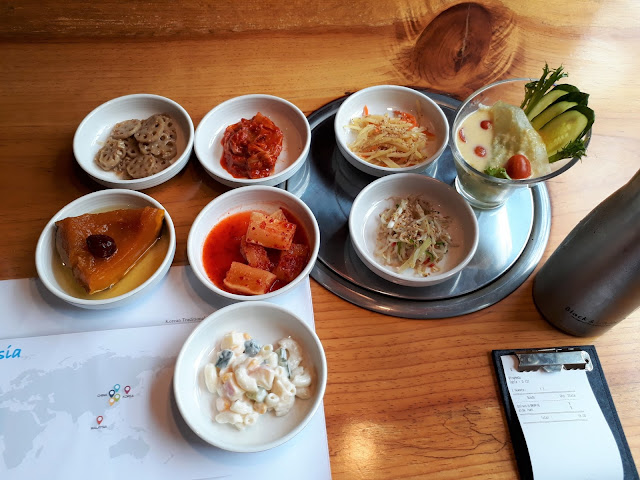 Eight banchan and each a generous portion. Correct, ah? Since the banner was right outside the window, I counted. 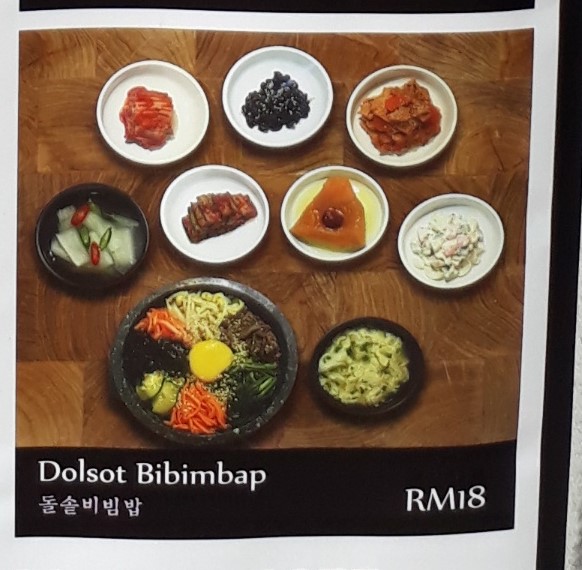 I counted 7 (the soup next to the bibimbap is not part of the banchan). Mine was 8. I suspect that the salad in the clear container did not belong. I may have sapu somebody's appetizer. 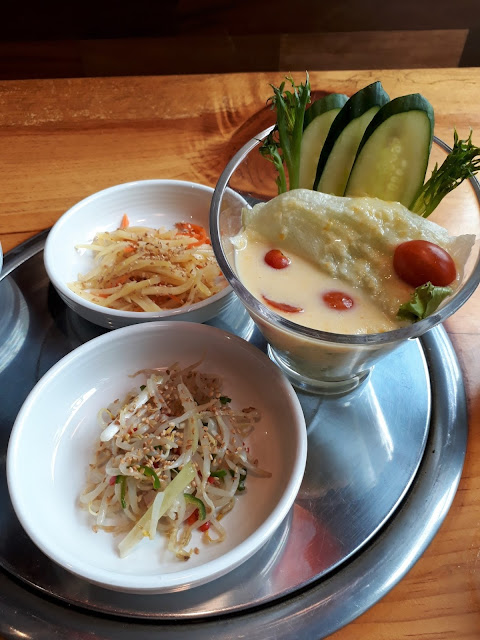 Shortly the Dolsot Bibimbap was served together with an egg drop soup, gojuchang and some seaweed. 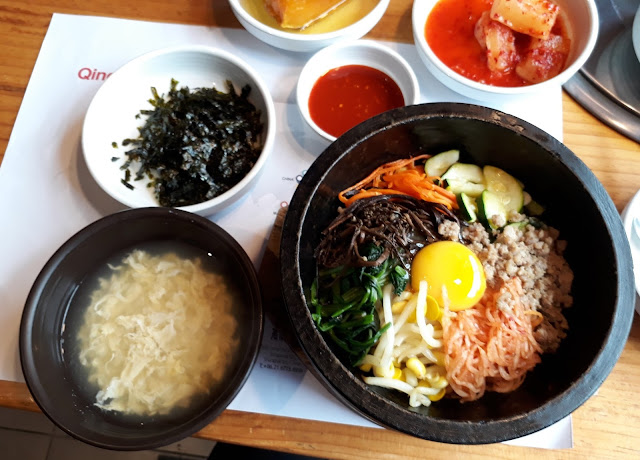 That my friends, was a very princely lunch. 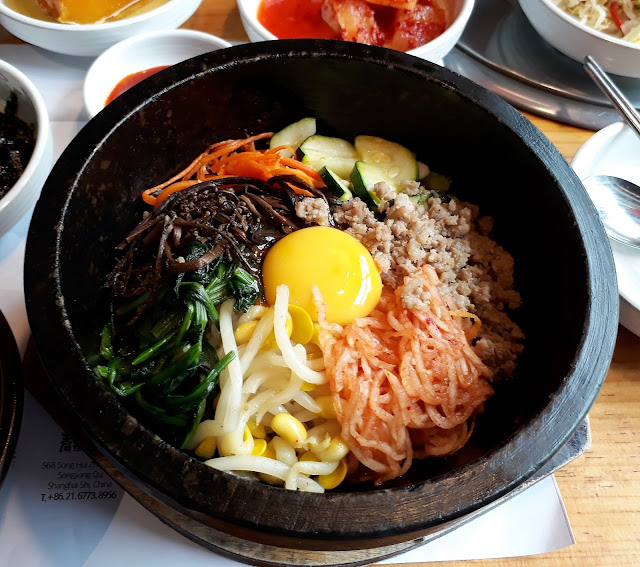 I added gojuchang and the seaweed into the bibimbap and gave it a good stir. 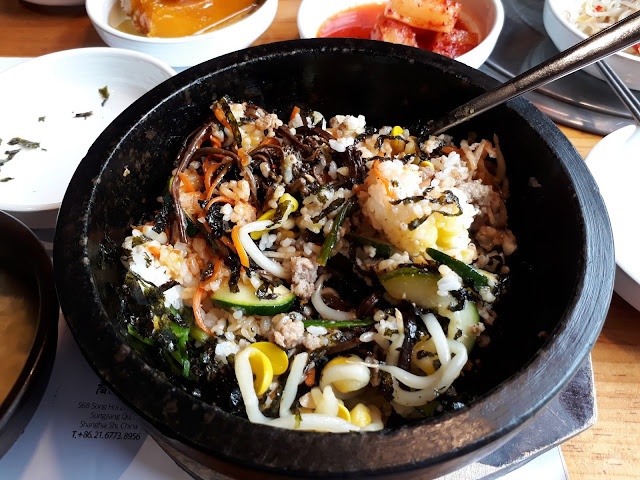 I admit that it was quite a struggle to finish the lunch, even for a super tanker like me. At RM18.00 nett, I was not expecting such huge portions.

Did they make a mistake? Confusing the banchan portions for this lone diner with that of the office group at the other end?

It was like a mini mukbang session (sans broadcast) and I was really stuffed towards the end. 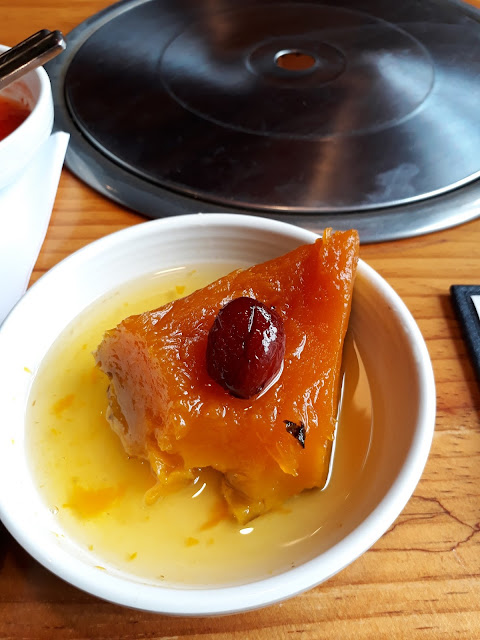 But I can eat. This sweet pumpkin which was more of a dessert, the skin also gone! 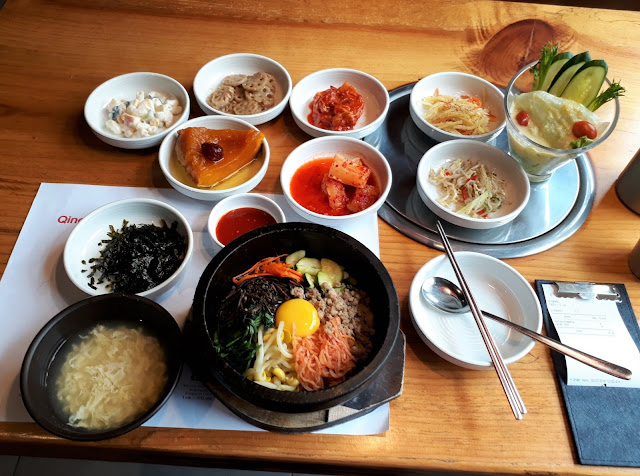 This auntie, I tell you! Champion lah. 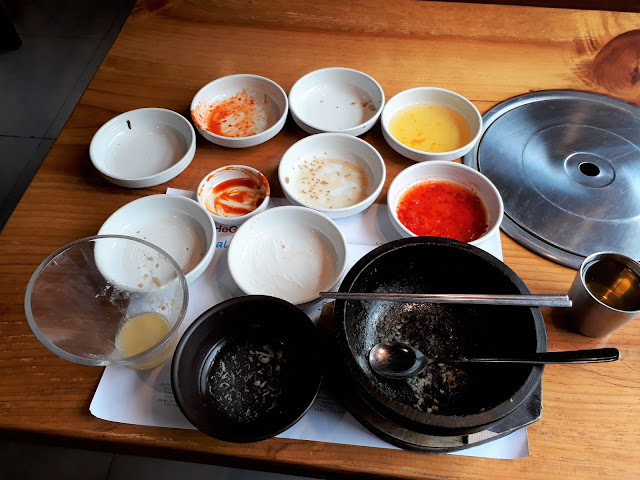 Yeah, they were really impressed with me wahahaha!!! 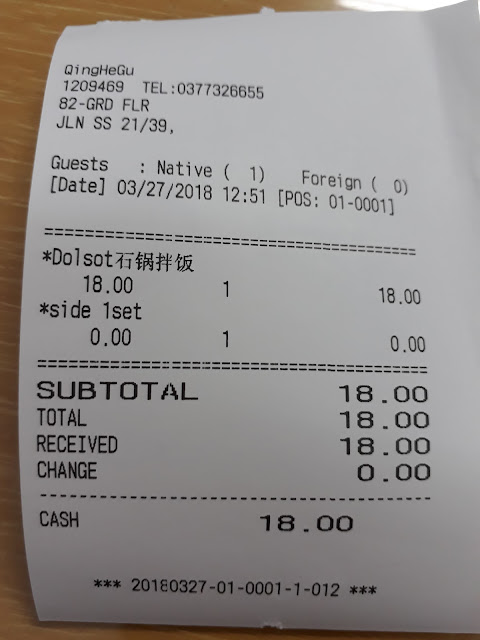 This set lunch is really worth it. Small eaters will not be able to handle this on their own. Come very hungry or with company. 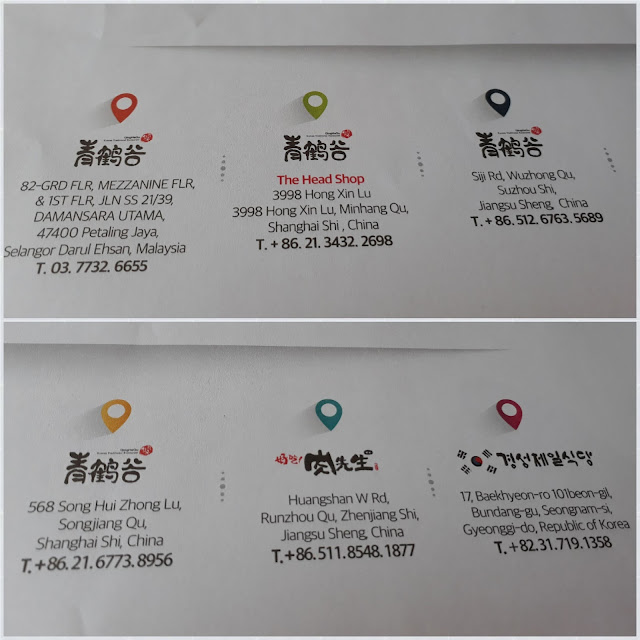