An Outing at Isetan Eat Paradise 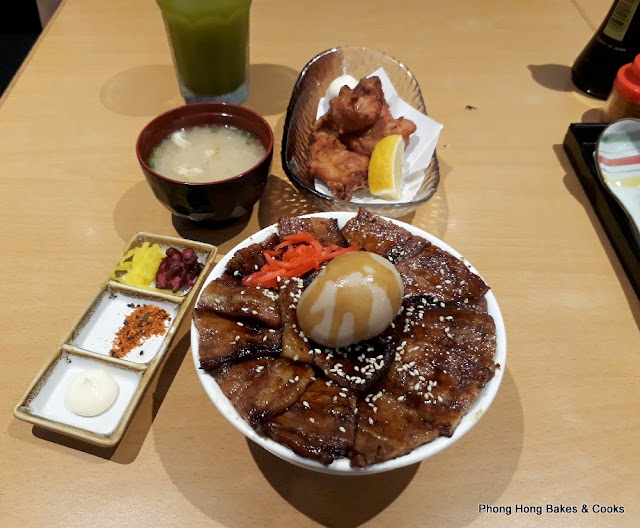 It was another day when my brother had to play Grabcar driver to his sister. Hee..hee... And every time that happens, I look forwards to our makan session.


This time, we made our way to Isetan Eat Paradise@1-Utama. We have been here before to eat ramen and we had no idea what to eat until we saw this sign. 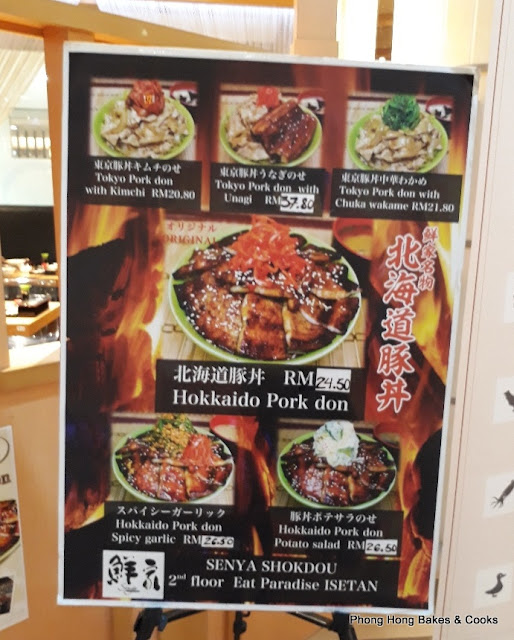 It looked good and the place was not busy at that hour. 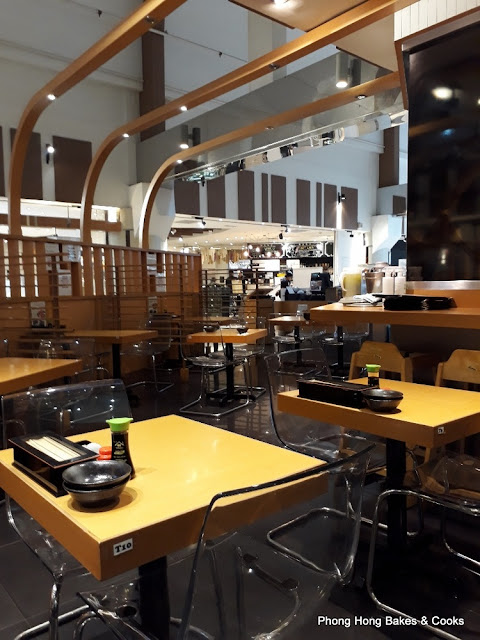 The menu is quite extensive mainly because there were many permutations to the meal-in-a-bowl. I settled for the Hokkaido Pork Don with Ajitama Egg (it was the egg that made me choose this) while my brother went with the Tokyo Pork Don with Unagi.

Brother and sister were very hungry hence side dishes were in order, in case the dons were not enough. We had the Chicken Karaage and Soft Shell Crab Salad. For drinks, it was cold green tea for both of us. 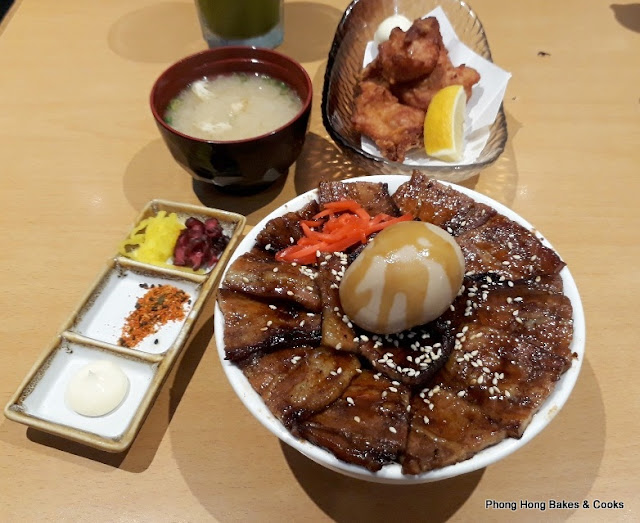 My Hokkaido Pork Don with Ajitama Egg came like this, just like in the photo on the menu. Underneath the pork slices is rice with some lettuce. 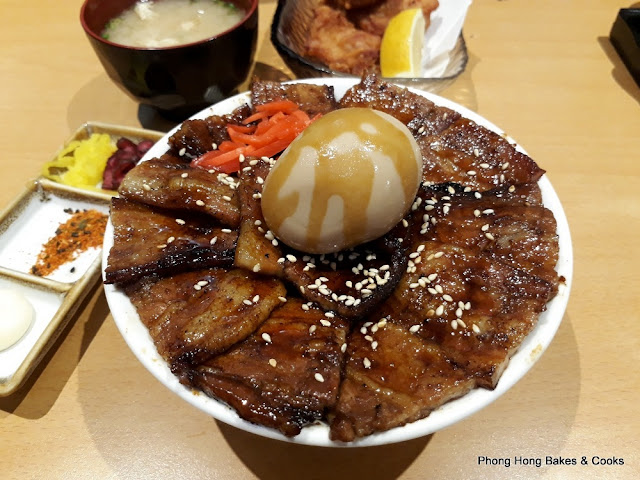 I thought the grilled pork was very tasty, tasted something like bak-kwa. This porky rice bowl was served with a bowl of miso soup and some condiments. 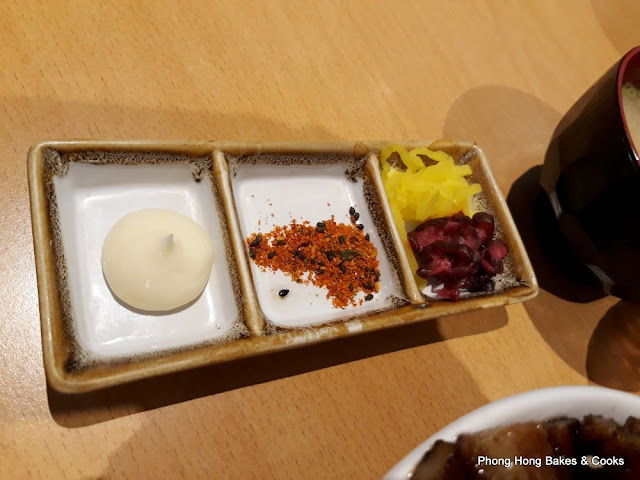 The ajitama egg was very nice. 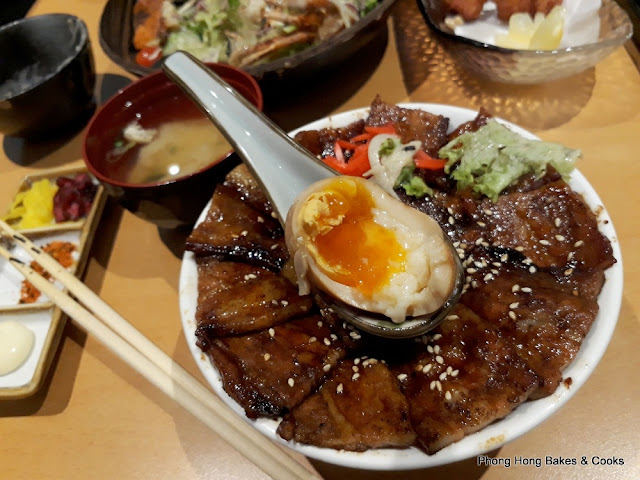 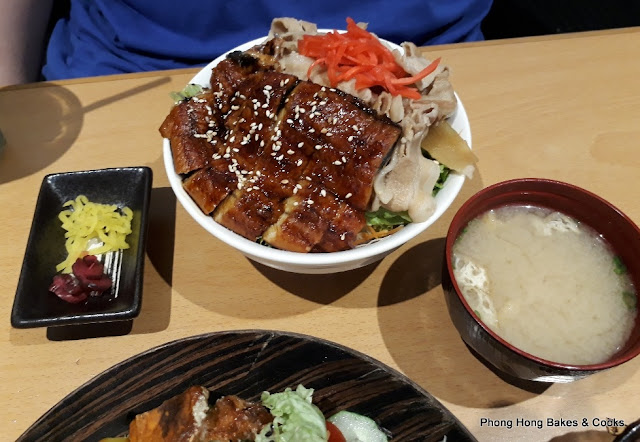 The pork is not grilled but braised, I think. My brother gave me a slice to try and I thought it was very well seasoned. 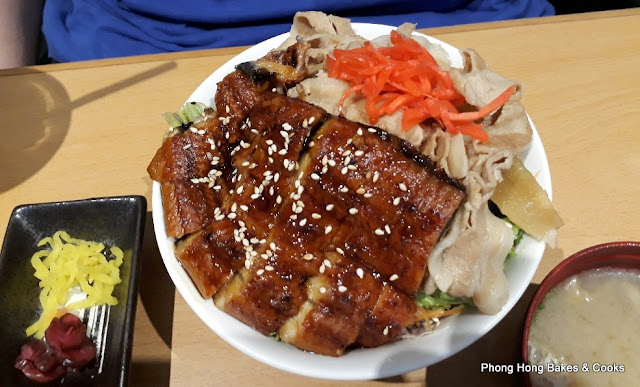 I did not try the unagi and my brother's feedback was that it was nice and soft, softer that the unagi that he buys from the supermarket. 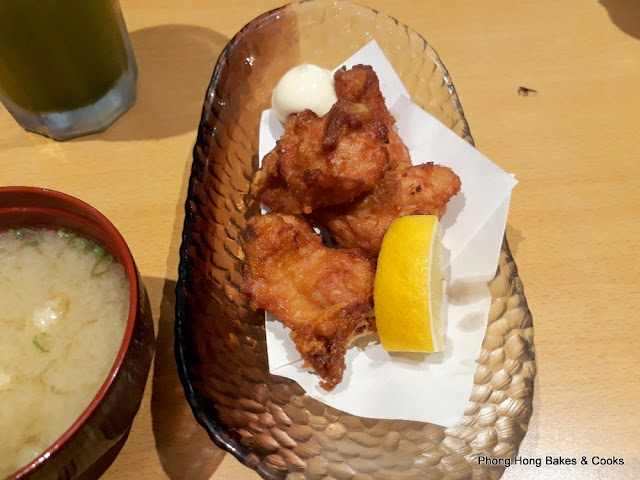 The Chicken Karaage was all right, not as good as Connie's (of the now closed Hokano) said my brother. 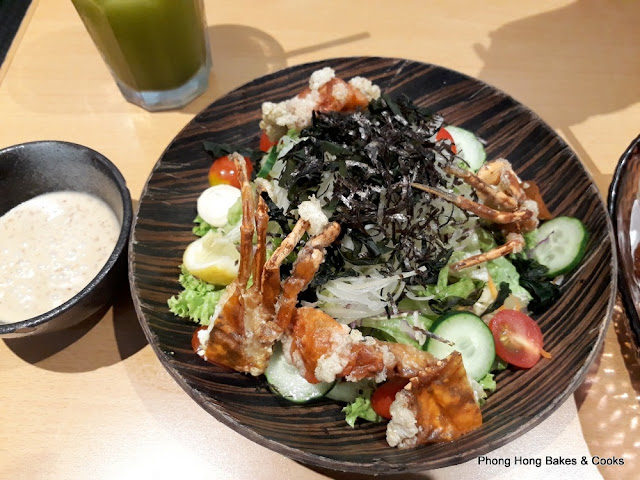 The Soft Shell Crab Salad was served with a sesame dressing and it was nice. 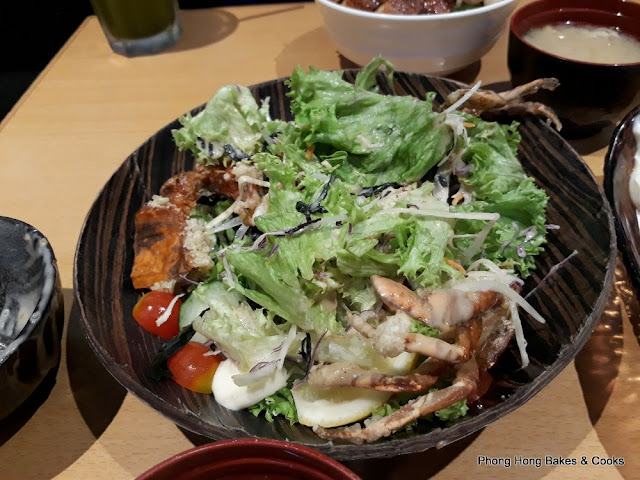 I would say that I like the food here and it also made a good impression on my brother as he said that he would return on his own. 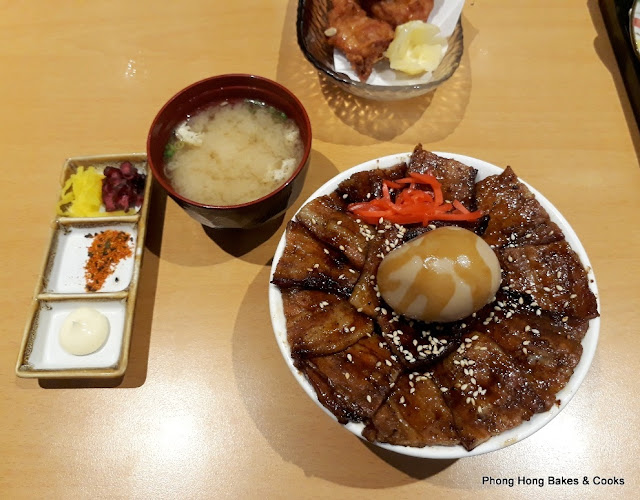 Perhaps I should bring my partner here for our Friday date night :)
Posted by PH at 08:16