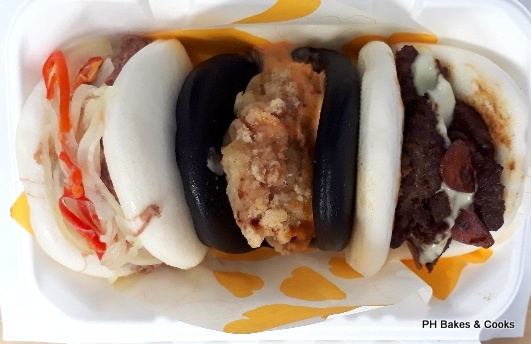 While scrolling Grabfood a while back, I bookmarked a restaurant, The Bao Guys, because I was rather intrigued with the baos and variety of fillings they offer. 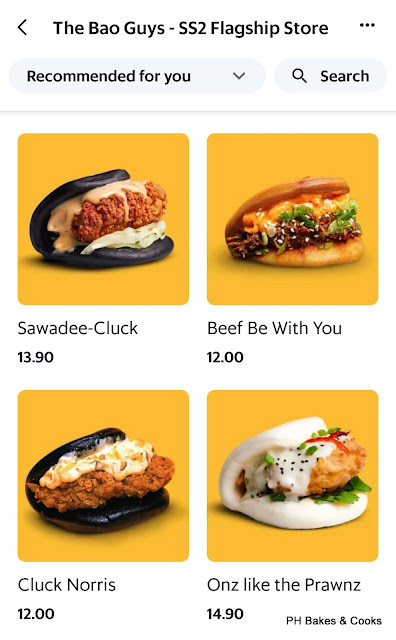 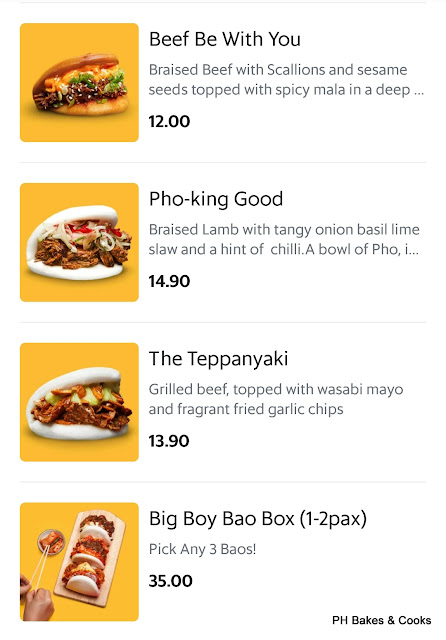 So I decided to put in an order today. And instead of just one bao, why not two or even three? So I went for the Big Boy Bao Box which is recommended for one to two persons.
Since I wanted a taste of chicken, beef and lamb, I selected the Sawadee-Cluck (the word "coriander" attracted me, besides it's Thai inspired), The Teppanyaki (the "garlic chips" got me) and Pho-king Good (it's the only lamb on the menu, so).
This arrived. A big styofoam box. 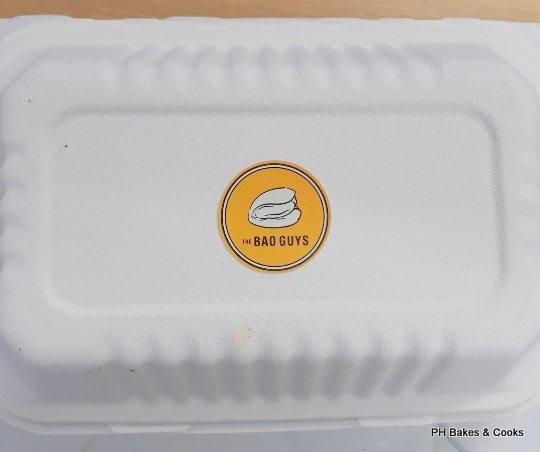 Inside were the baos. 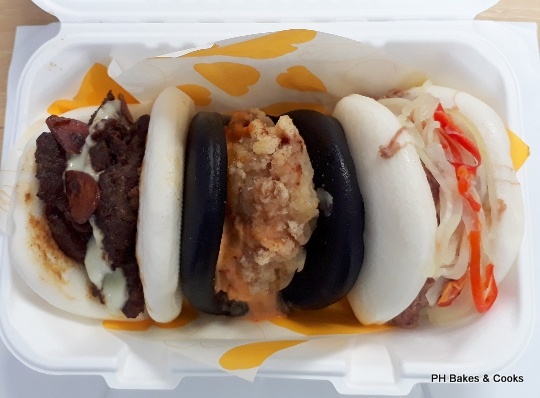 From left - The Teppanyaki, Sawadee-Cluck and Pho-king Good.
Being OCD, I started from left to right. 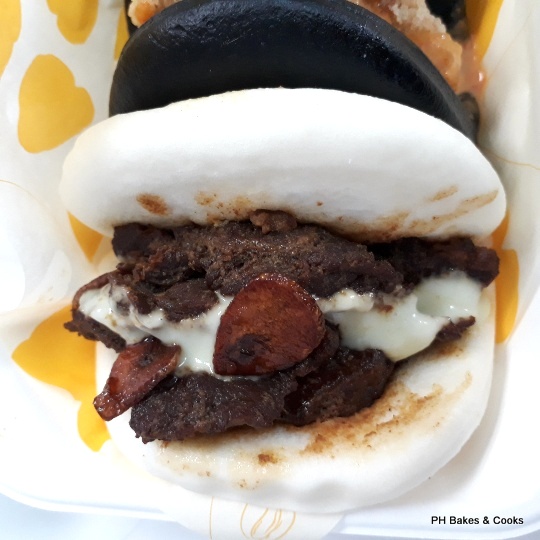 I love beef the most among all three proteins and I had high expectations. On my first bite, I tasted something bitter and very strong. Like mustard. 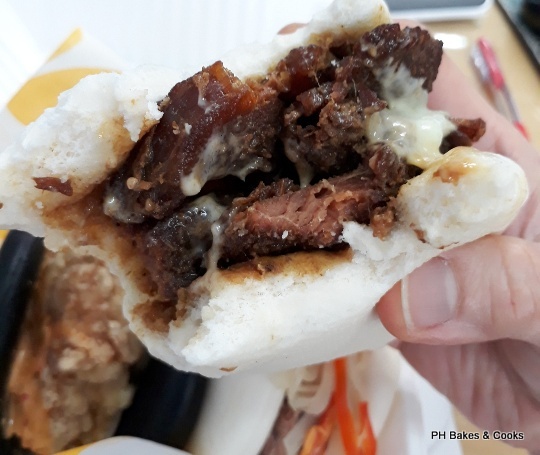 Then I realized it was the wasabi mayo. The beef was chewy and the garlic chips did nothing to make it taste better. Taste wise it was flat and all wasabi. 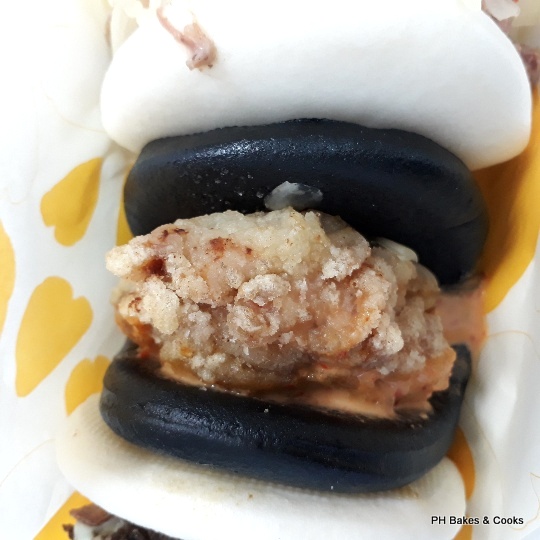 Next up, the Sawadee-Cluck. You can't go wrong with fried chicken, can you? 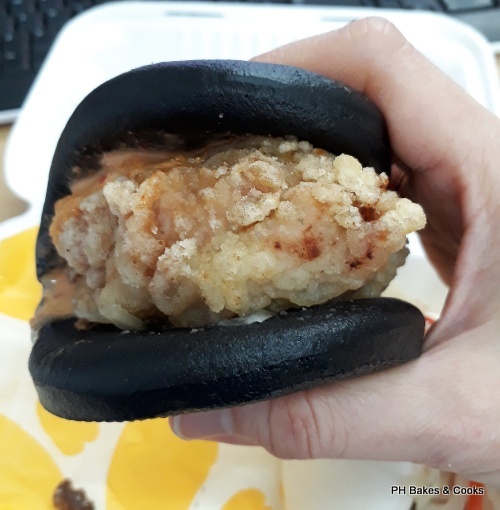 As I took a bite, I caught a very overpowering whiff of fish sauce. Oh dear. 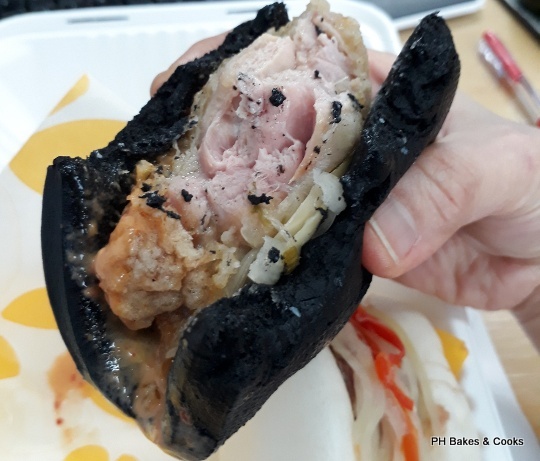 Does the chicken look pinkish? The texture was chewy and bouncy. A tad undercooked? The sauce was really fishy and salty. 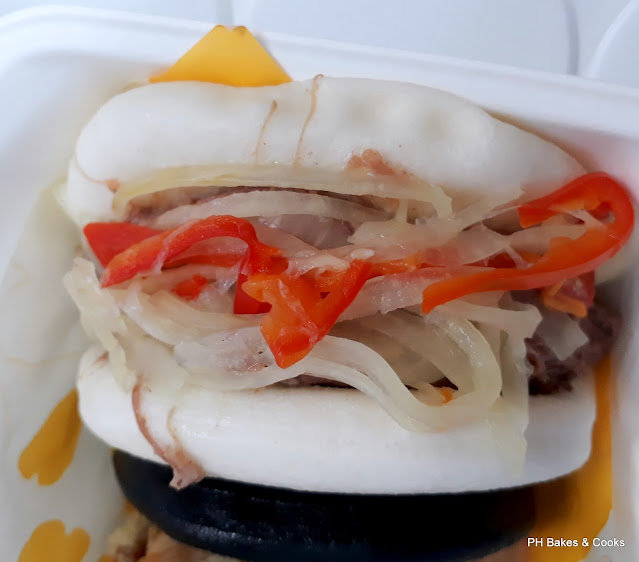 Moving on, the Pho-king Good. Described as "a bowl of pho in a bao". They must be joking. 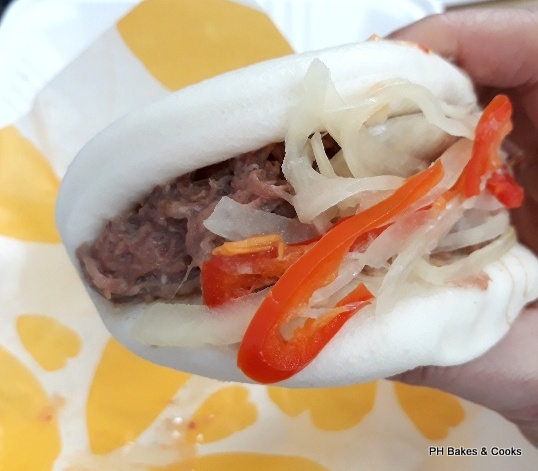 On my first bite I came away with a mouthful of onions. I'm afraid I disliked the onion slaw, it had a weird taste. And I actually love onions - both raw and cooked. 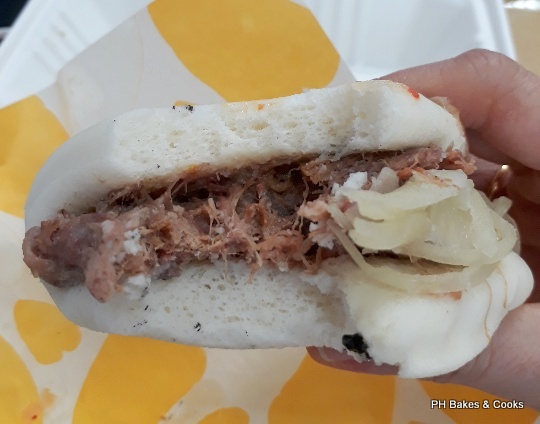 The lamb was gamey with a capital G and the texture was just like corned beef, all mushy and gummy. This was the worst of the lot.
In conclusion, all three baos disappointed me.
The Teppanyaki - beef needed more flavor and need to hold back on the wasabi. 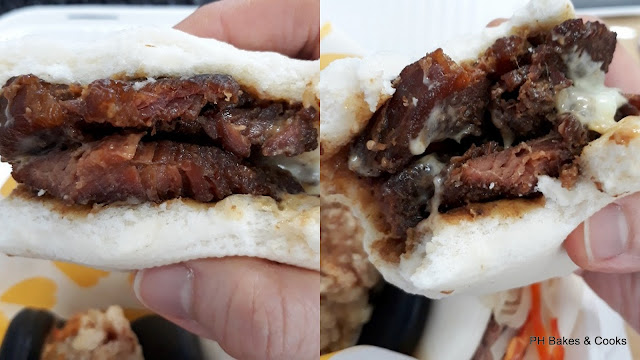 Sawadee-Cluck - This was the most promising of the lot but spoiled by the (slightly) undercooked chicken and too much fish sauce. 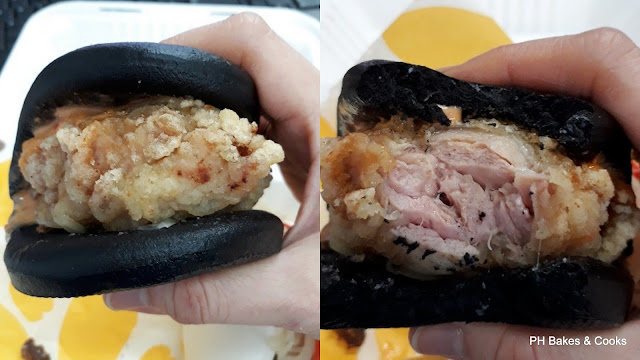 So there. A case of curiosity killed the taste buds.
Posted by PH at 16:09