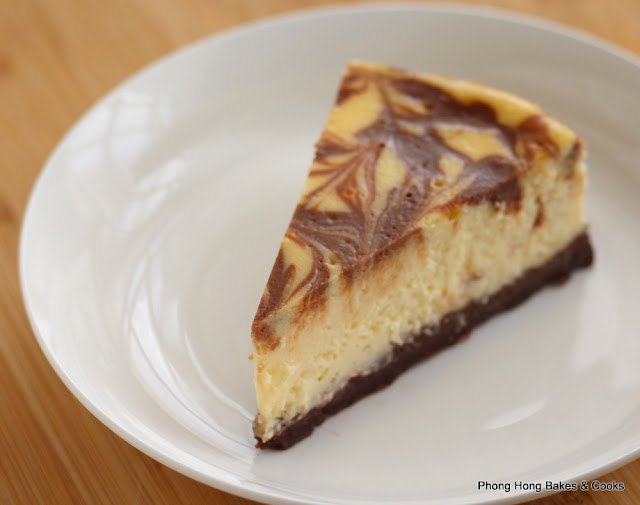 Just before Chinese New Year, I stocked up on a particular brand of cream cheese that was on special offer. I usually buy Philadelphia Cream Cheese (which has become very, very expensive) and Tatura (the more affordable of the two).


This particular cream cheese was sold in a pack of two 200g tubs. I can't remember the price but it was attractive enough for me to buy a few packs.

Then I noticed that this cream cheese is quite soft and when left to stand, releases quite a lot of water unlike the other two brands that I mentioned.

It was when my cheesecake was baking in the oven that I realized that this cream cheese is way too soft. Even after baking for an hour (in spite of the correct amounts of ingredients used), the cake was still not set. But once cooled, it did become firm. 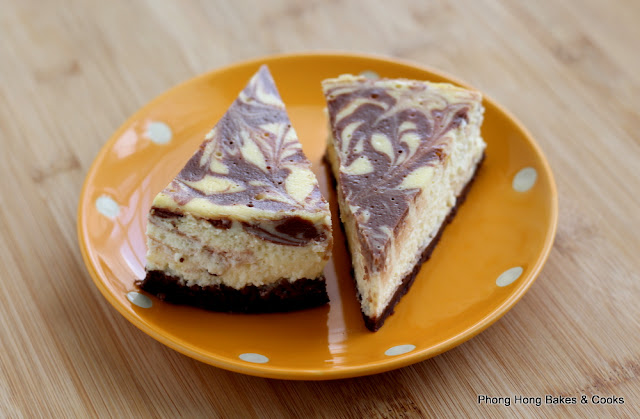 However, it was still pretty soft even after it was chilled which explains why my cheesecake slices have a shaggy look. That was what I experienced when I baked my Pumpkin Gula Melaka Cheesecake. I thought that the cake was soft due to omission of flour. But now I suspect the brand of cream cheese. 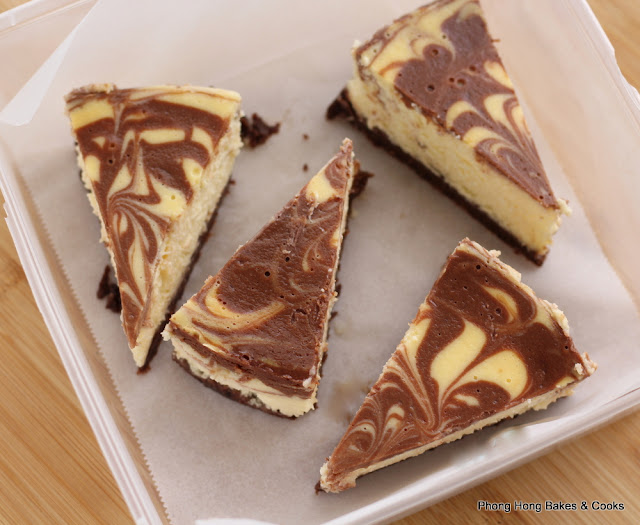 The cheesecake was so fragile that I could not get neat slices and they were sort of falling apart as you can see above. But in spite of that, it was still a very good cheesecake, if I may say so myself.

The soft texture was actually really nice as you can eat the cheesecake straight out of the fridge. 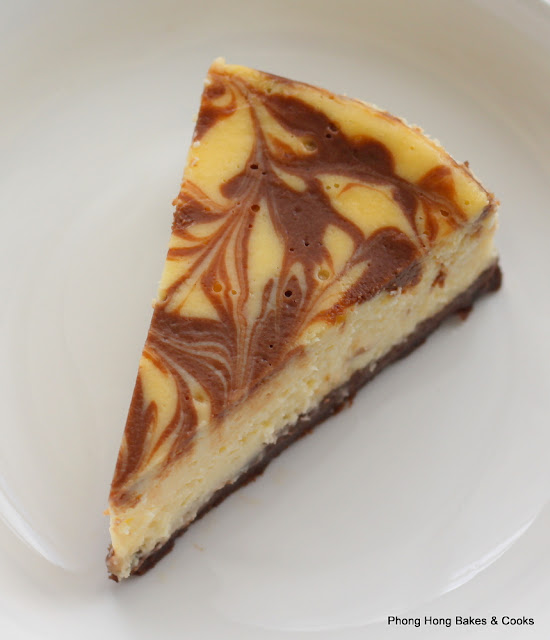 I ate two slices that day (heh...heh...heh....) and the rest were given away. I learnt a lesson. Sometimes products that are cheaper may not get you the right results. So I will stick back to Tatura or if I am feeling extravagant, Philadelphia Cream Cheese.

Method :
1. Grease the baking pan with butter and set aside.
2. To make the base, finely crush the cookies and add melted butter. Mix until mixture is like wet sand.
3. Pour mixture into the baking pan and press the mixture firmly into the base. Set aside in the fridge.
4. To make the filling, beat the cream cheese and sugar until creamy.
5. Add vanilla extract and eggs, one at a time, beating well after each addition.
6. Sift in flour and beat until well mixed.
7. Remove about 1/4 of the filling and mix with Nutella.
8. Pour the remaining batter into the pan and using a teaspoon, drizzle the Nutella mixture on the filling.
9. Using a skewer, swirl the batter to create patterns.
10. Bake in a water bath at 140C for 1 hour or until the cheesecake is set but the center is still jiggly.
11. Remove from oven to cool completely.
12. Chill in the fridge for a few hours or overnight. 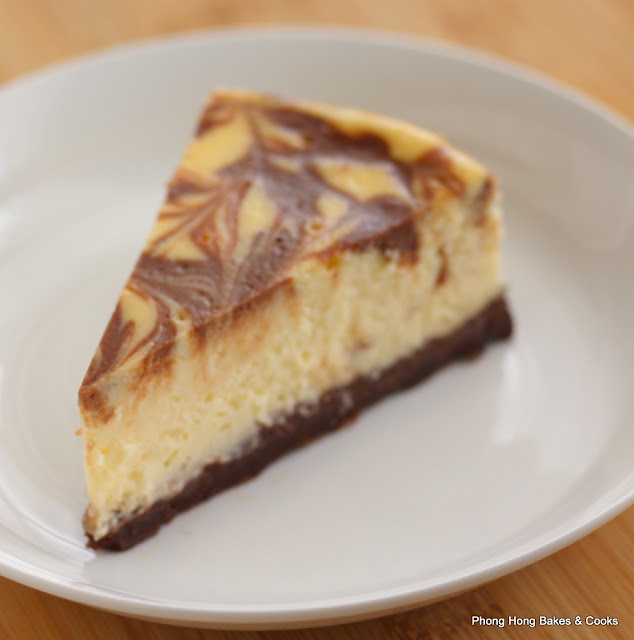