Madam Ate Too Many Carbs 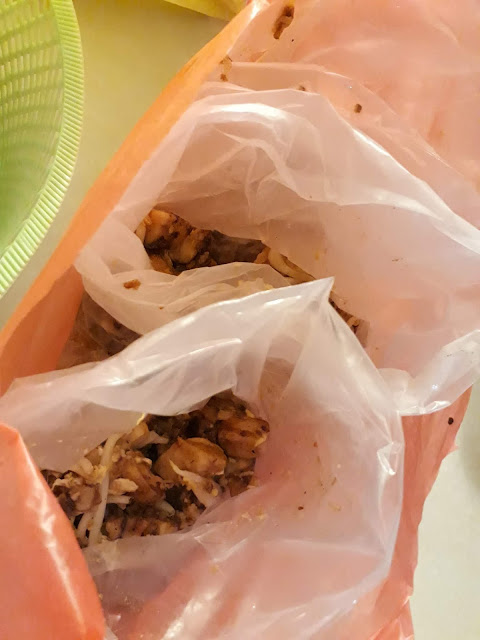 My folks are in town. Did I mention that before? Mum and dad are here not for a holiday but because dad is having some health issues. But don't worry. He is on the mend.


When my parents are around, what do we do? We eat. As a result of our favorite pastime, I have been eating one too many carbs resulting in some weight gain.

But I ain't worried. What's a few pounds, right? There's always my fat pants to fall back on. The moral of the story is, don't throw away your fat pants. You will need them some day.

My partner and I have been making our rounds at the market and we pick up some very nice food for the folks. 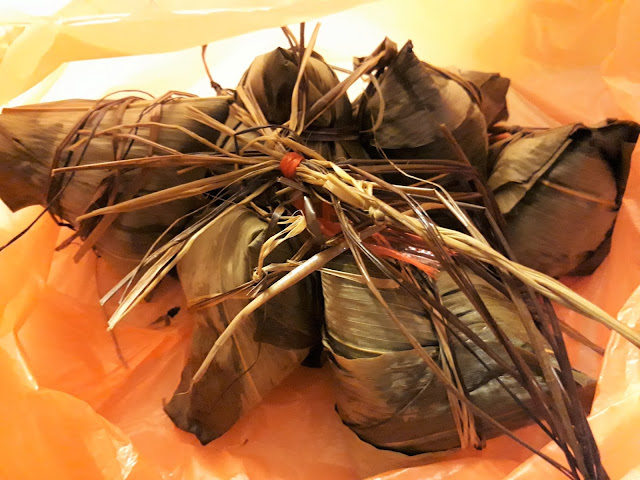 Like these chung (dumplings). The first batch we bought at RM7.00 each were fab and these at RM5.50 each were not too bad. All that glutinous rice will will creep to your belly. At least that's where they invaded me. 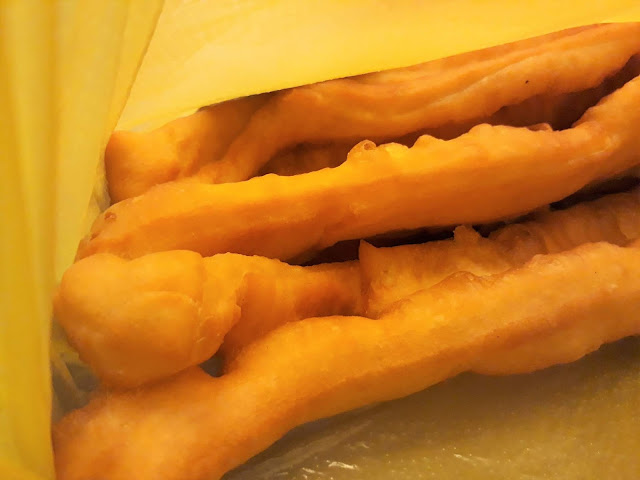 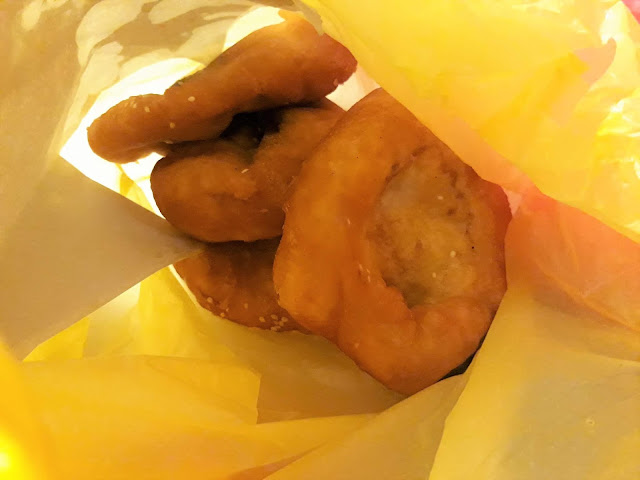 Ham ching peng (deep fried buns). I love these too. They are  one of my childhood favorites. I like the ones with red bean filling or even the plain ones. I do not like the one with glutinous rice in the center (my partner accidentally picked one). 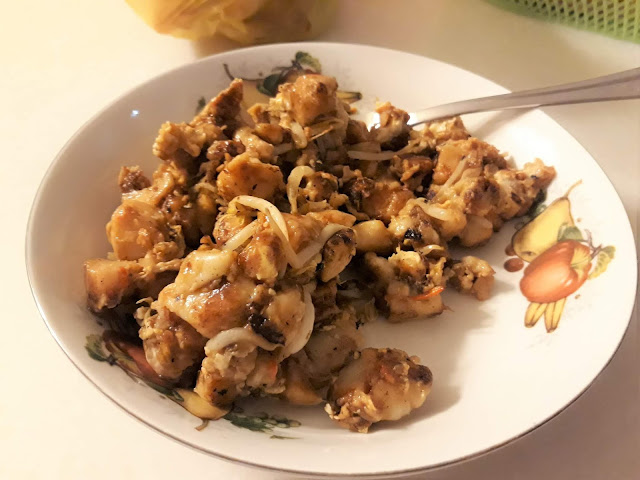 So during one of our lunch outings (after I had one of those carb laden things for breakfast), I decided to make up for my transgression  by eating something low carb. 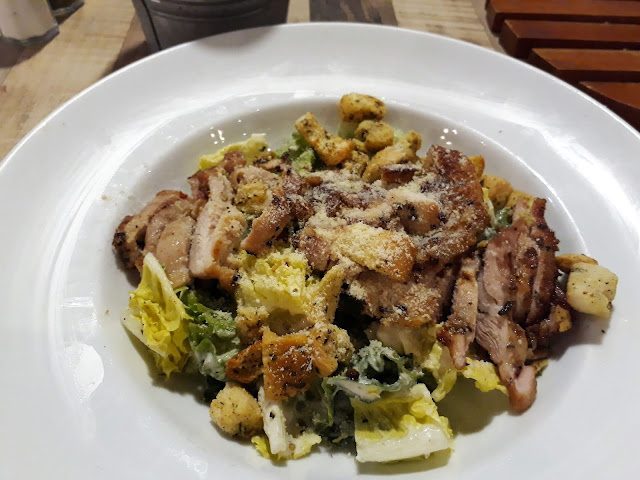 Caesar Salad with Grilled Chicken. Then when my dad was served his favorite fish & chips, he gave me half of his food. Alamak hee..hee... but I happily ate my portion of fish & chips. Forgot to snap photo. 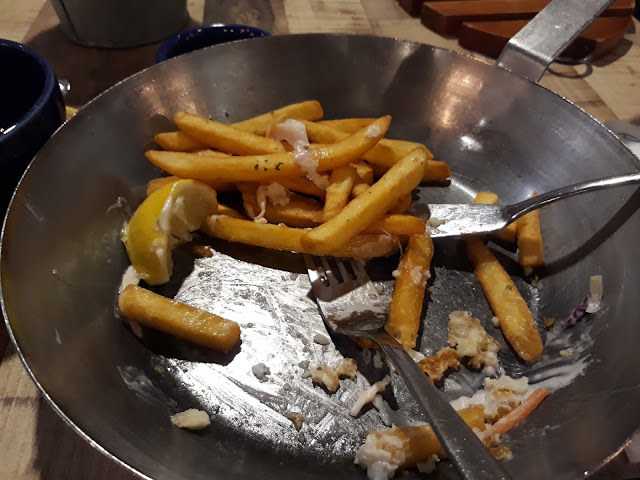 Then my mum pulak cannot finish her chips and again I was the designated food finisher. It's hard to diet with your folks around. They have a tendency to feed you no matter what.

So on a Sunday, I decided to go keto to make up for all those excess carbs that I ate. 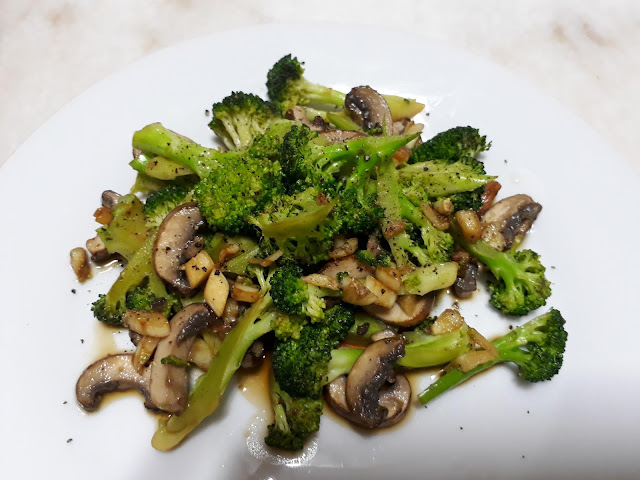 I stir fried some broccoli and button mushrooms. 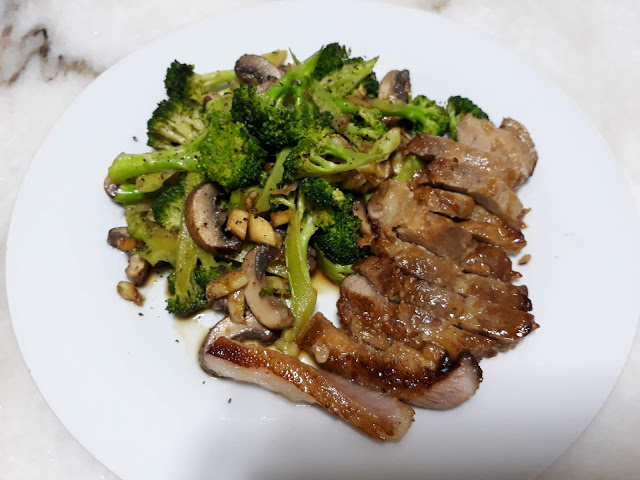 Topped up with a piece of grilled pork loin. That was very good. Delicious. Light. I should eat like that more often. 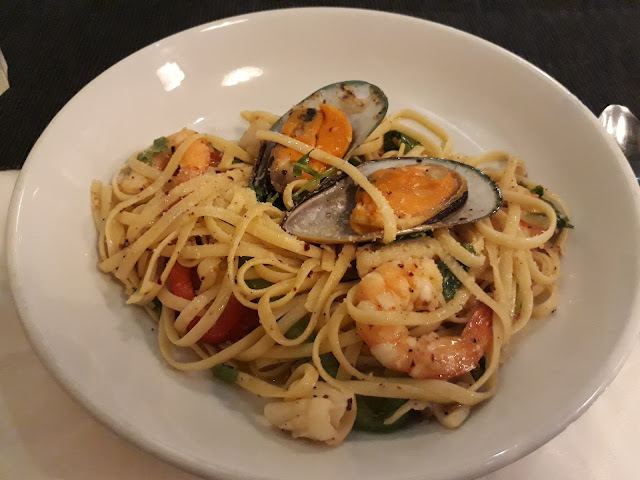 Oh yah, another carb-centric meal during an earlier outing - Seafood Linguine. OK, I gotta stop eating too many carbs too often.
Posted by PH at 08:23