My Pretty Cheat Meal : Worth The Sin? 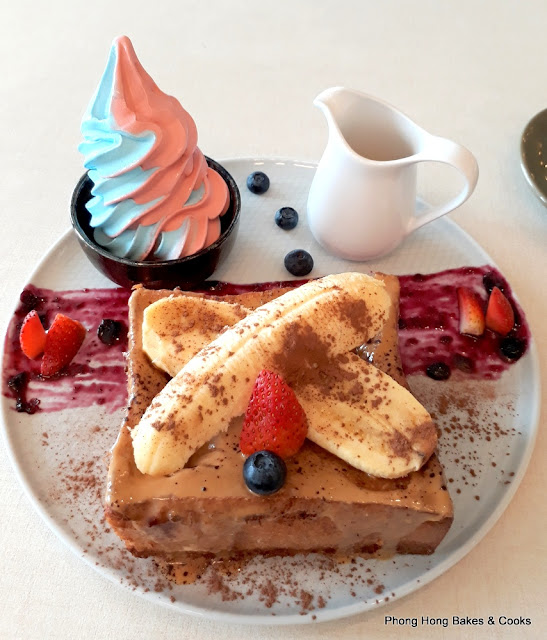 OK. I have been behaving myself so far, sticking to my almost keto diet for the past 3 weeks. That's right 3 weeks. I deserve a pat on my back (which has since lost a layer of fat) because I stuck to this eating plan even when I ate out with my brother.


After depriving myself for this period of time, I began to feel restless. Hah! It's time to allow me a once-a-week cheat meal. So what to eat? Where to eat? 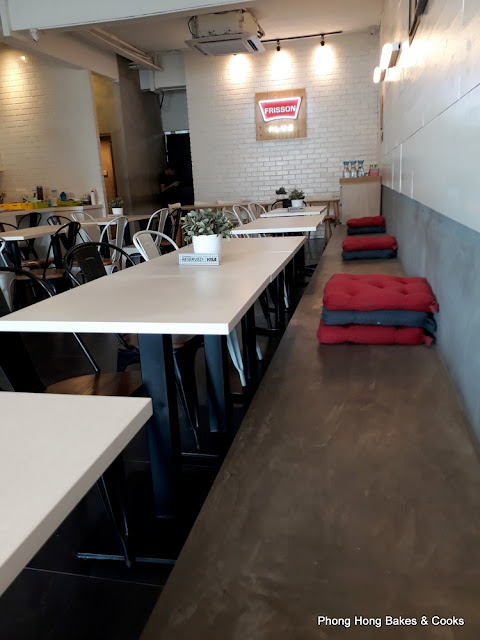 I decided to go back to Frisson (now closed) even after revisiting Kris' post and reading about her less than stellar experience. Her visit was 2 years ago and  yes, I did comment then that I would give this place a miss. 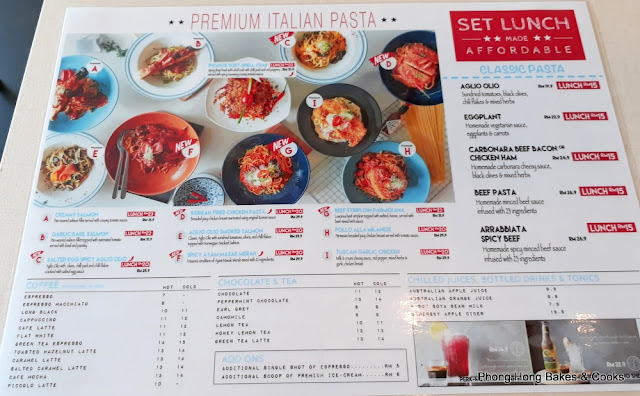 One of the things that Kris highlighted was that there are two prices on the menu, dinner costs more than lunch. Well, they still maintain this practice. I did not ask why. 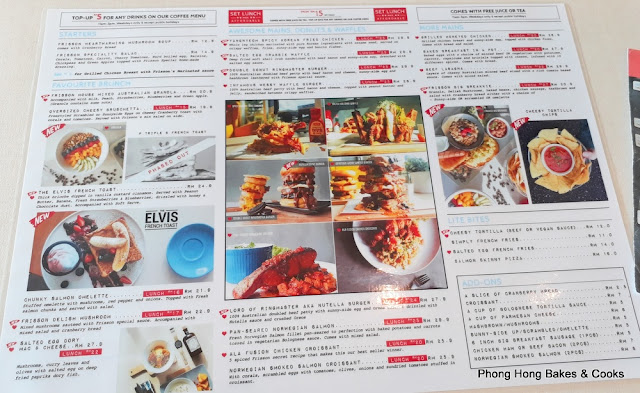 Looking through the menu, I was looking for something Mun mentioned. Something about French toast with banana, bacon and peanut butter. Well, I found this Elvis French Toast.

No bacon though. I did say that I would try it and so I did. It looked like a proper cheat meal.

For drinks, I had my usual. Ah, Kris asked me about the tiny cup handle which she mentioned in her post. So here it is, cheers. 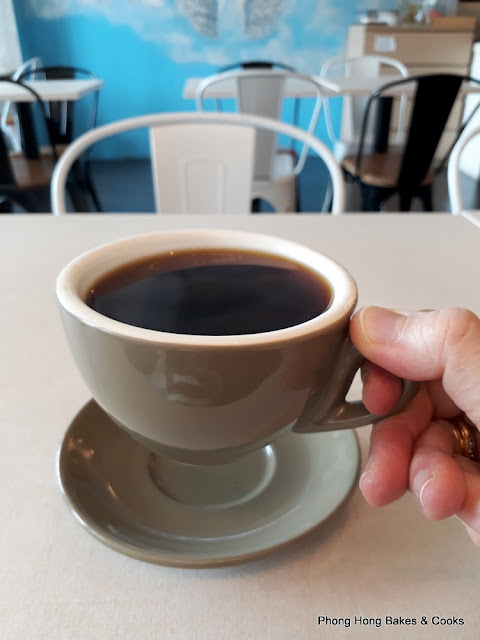 I have to agree that this cup handle is not ergonomically designed as it is a little tight and does not allow for a comfortable grip. Yes, you need to use both hands to steady the cup. By the way, the coffee was not good this time. It tasted diluted.

The music was still loud but since I was alone, it did not bother me.

And now for my Elvis French Toast. 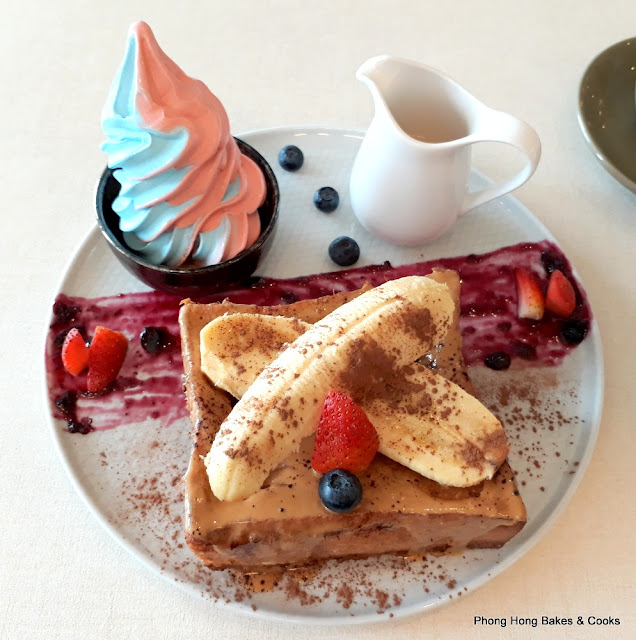 You can't fault them on the presentation. I thought this was gorgeous. Now let's see if it's a good as it looks. 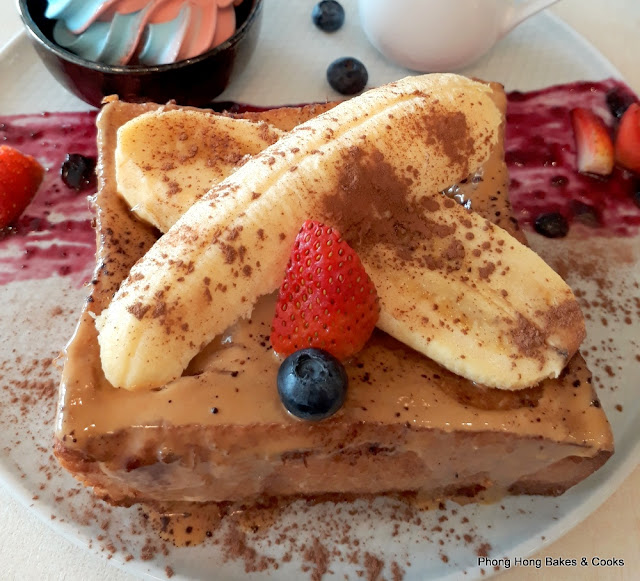 The toast is doused with a peanut butter sauce and as I cut through it, I could feel that the texture was on the dryish side. It did not feel pillowy like what properly executed French toast would be. 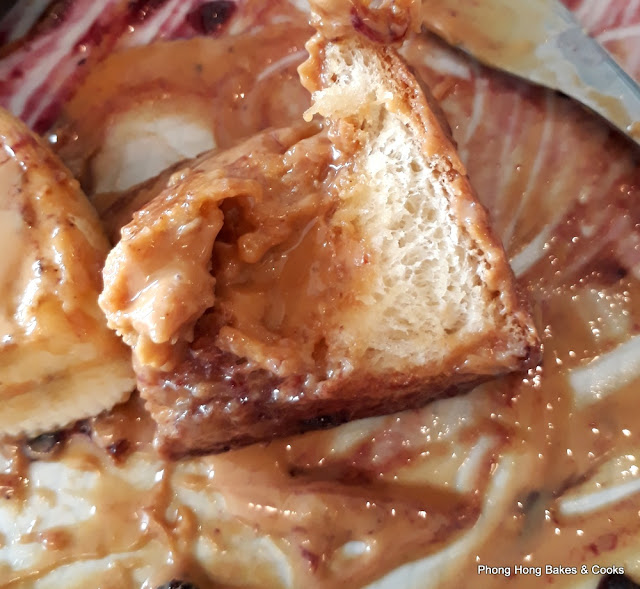 As I suspected, the bread was not adequately soaked in the vanilla custard and hence was not moist and plump. 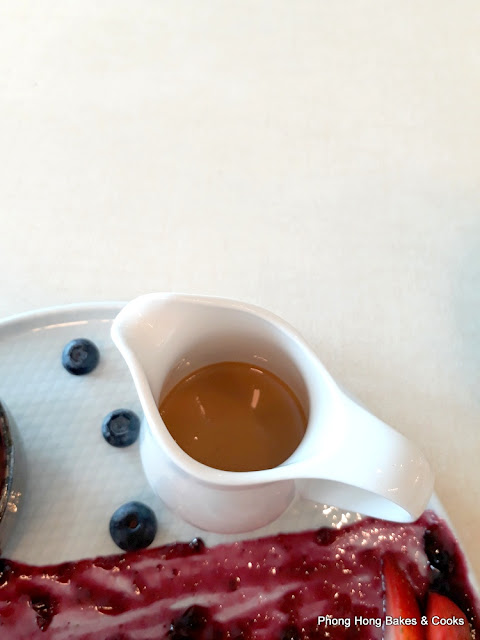 There is a small jug of peanut butter in case you need more. I only poured a little bit as what was served on the French toast was more than adequate. Much as I adore peanut butter, somehow when it is incorporated into a dessert, I don't enjoy it as much. 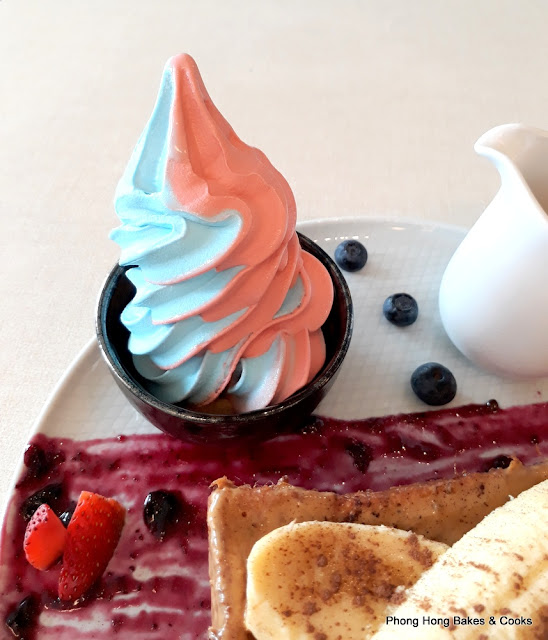 The soft serve ice cream is really pretty but in terms of taste, it was one dimensional. It just tasted milky to me and I tried to put a finger on it but I simply could not figure out the flavor. So when I went to settle the bill, I asked the server.

The blue one is Seasalt Vanilla while the red is Red Velvet Peppermint. He referred to the dessert menu. 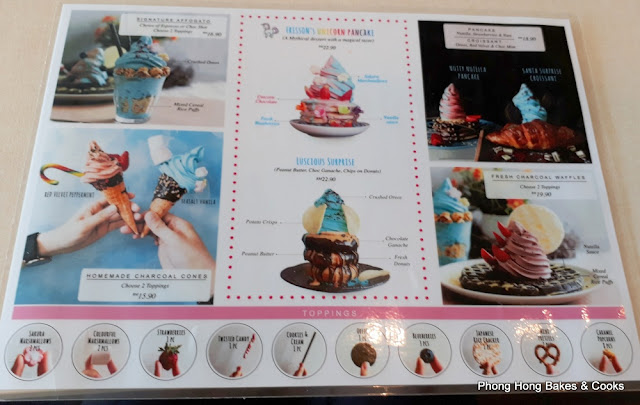 I'm afraid I did not detect vanilla or even peppermint for the matter when I ate the ice cream. Maybe eaten together they drown out each other's flavor? In future I'll give their ice cream a miss as they appear to have only these two flavors. 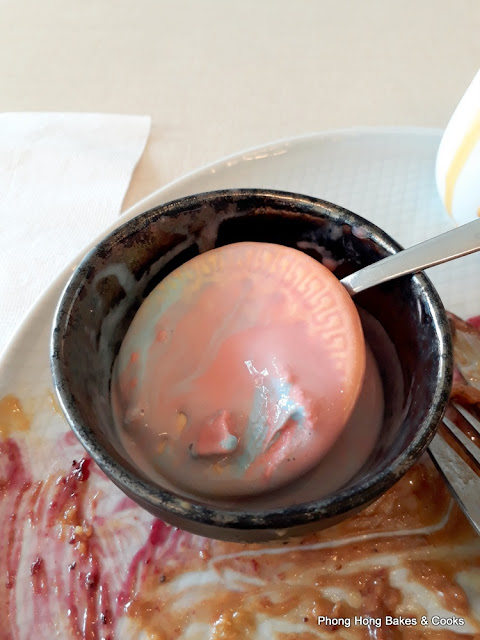 After I finished the ice cream, I noted that there was a biscuit underneath. It was nothing to should about, just those regular biscuit you can buy at the supermarket or provision shops.

In conclusion, I'll say that I won't be ordering this Elvis French Toast again. But I'm not giving up on Frisson yet as there are still other things on the menu that I want to try. And I like it that they accept credit cards for any amount.
Posted by PH at 08:28