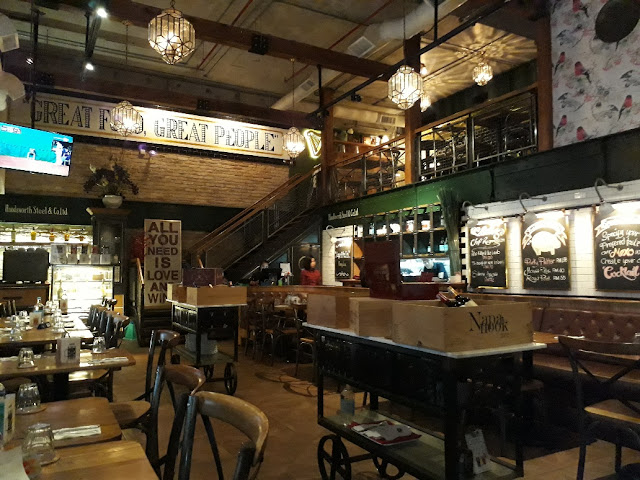 This was a recent outing with my brother when he gave me a ride to and from my office when my regular Grabcar, I mean, my partner was out of town hah...hah...


Spitalfield's Gastrobar (non-halal) is located beside The Nightingale@Atria (a yam seng yam seng place). Before my brother brought me here, he had a test drive first.

He enjoyed the Carbonara and Passion Fruit Cooler and he reckons that this would be a good place for us to pig out hee..hee... 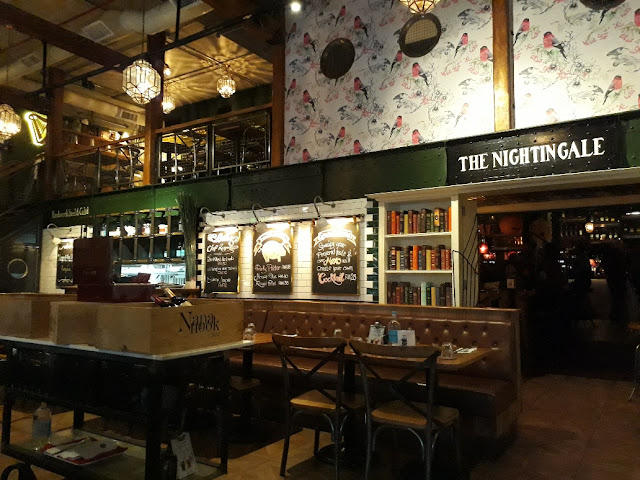 I rarely get a chance to come to places like this because my partner isn't into this kind of vibe and the food is not to his taste. So I am glad I have a makan kaki in my brother :)

For starters, we had the Nachos. 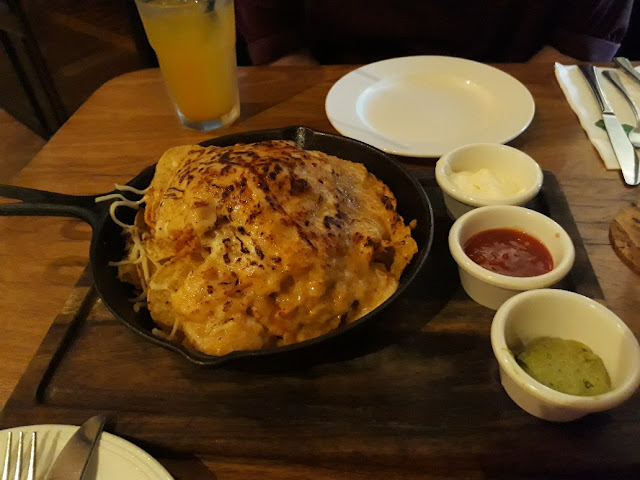 Whoa! It's fully loaded with cheese, pulled oinks and other fixings. 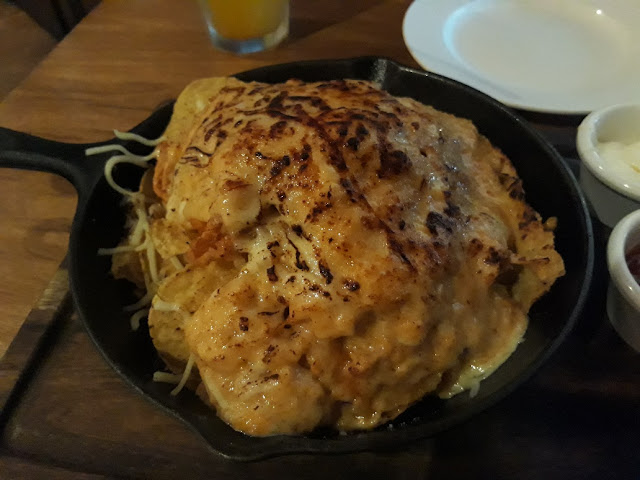 This portion could easily feed 3 to 4 people. But you know us hee..hee... 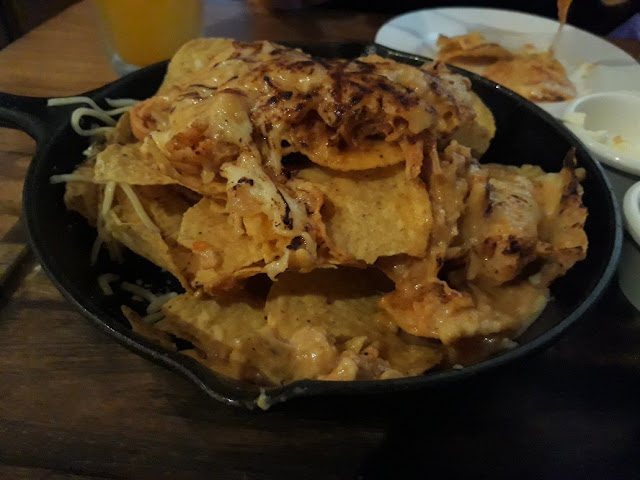 I love the tortilla chips and I admit that all that cheese was a bit too heavy for me. But still, I munched on..... 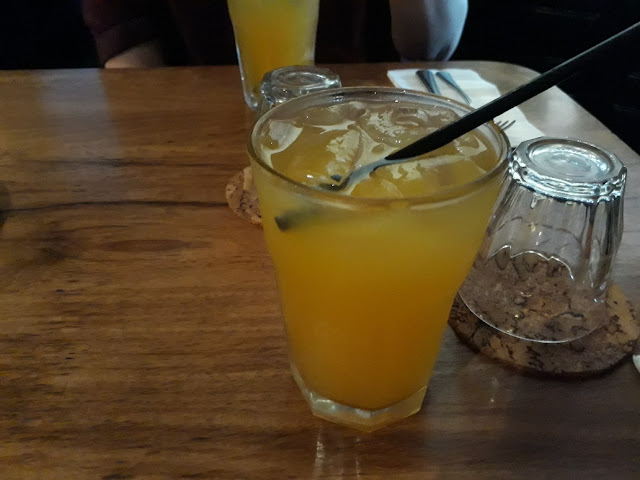 I don't usually do sweet drinks, but I had to try the Passion Fruit Cooler. Oh yes, it was very refreshing. My brother told me that the one he had earlier came with passion fruit pulp in it. 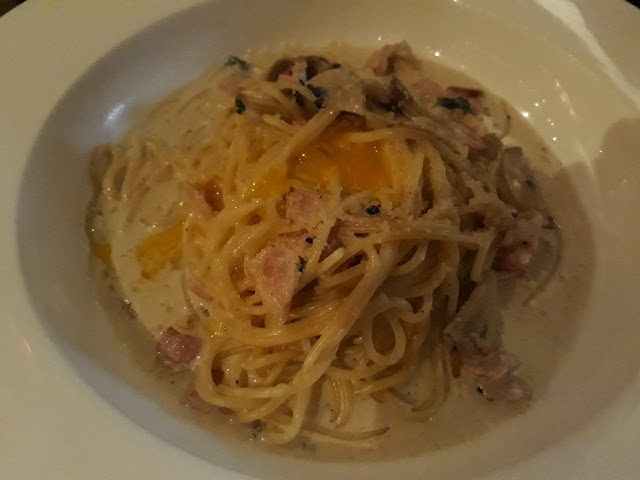 My brother likes the Carbonara so much that he ordered it again. This time the egg yolk was broken but it was all good. 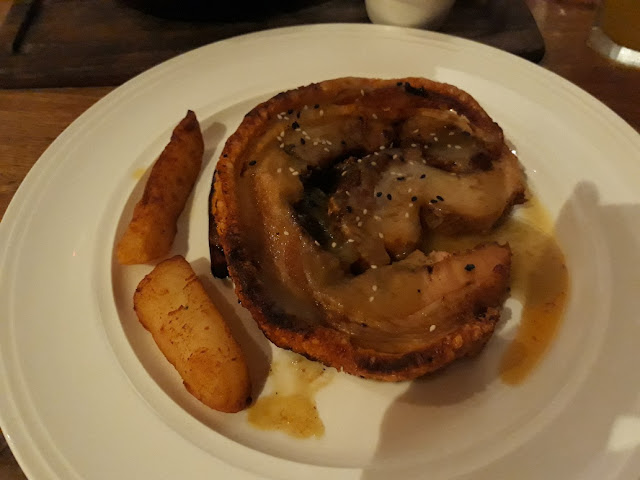 I wanted the Pluma Iberica which is Iberico Pork but it was not available. So I settled on the Roast Pork which came with my choice of Potato Bites and Vegetables Grilled with Garlic Butter. 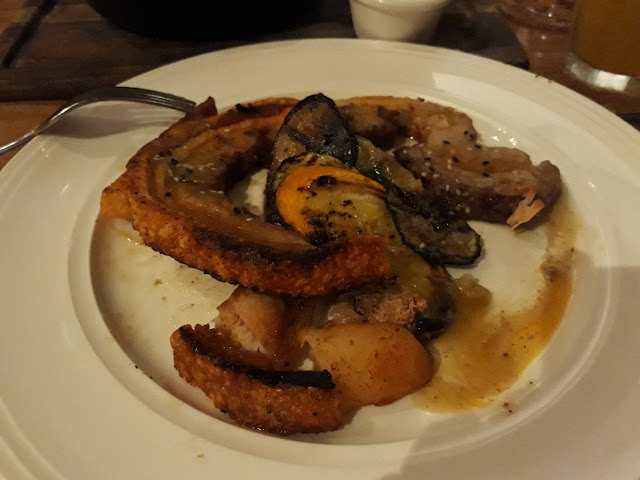 As you can see, there was not much potatoes and vegetables. The meat was all right but it was the crackling that stole the show. It was so crispy and crunchy and I let my brother taste some. It got the thumbs up from him too.

I won't mind coming back but the fact that some items may not be available is kind of discouraging. We'll see. 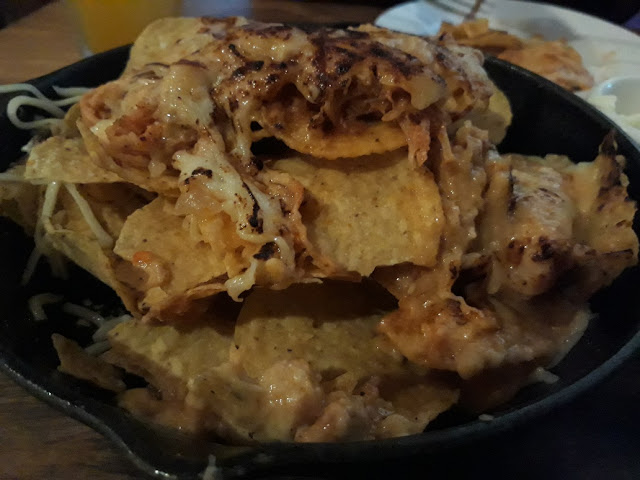