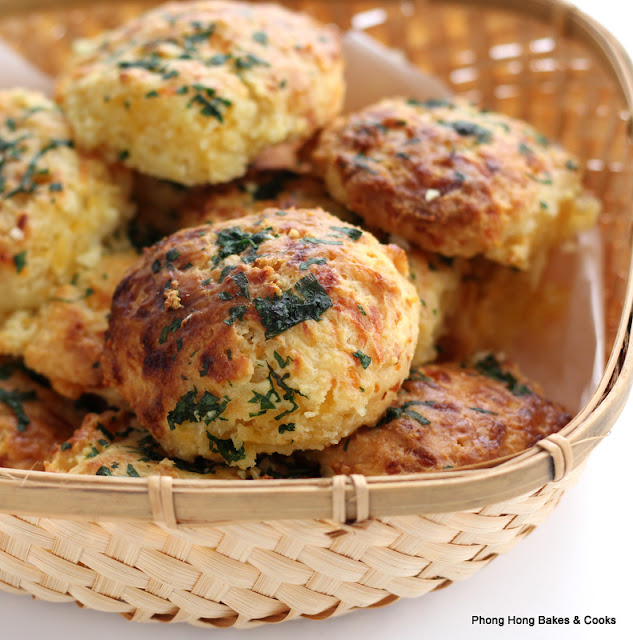 This is what Americans call biscuits. Why do you call this muffin-like thing biscuits? Over here in Malaysia, biscuits refer to crackers, those flat crunchy things.


You see, I used to be very confused as to why Americans ate fried chicken with biscuits (thinking that it was our type of biscuits). It was much later that I learnt what this biscuit thing was all about. 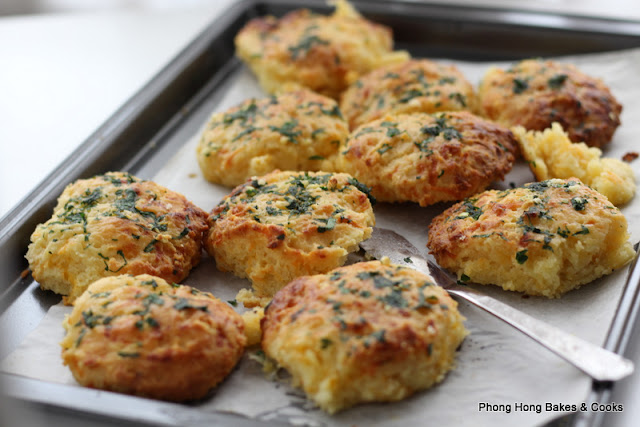 My first ever taste of a biscuit was the one from Texas Chicken. I liked it except that it was brushed with honey butter.  I would have preferred a savory one.

So when I came across this recipe from Sally's Baking Addicton, I jumped at the chance of finally baking me some savory biscuits. 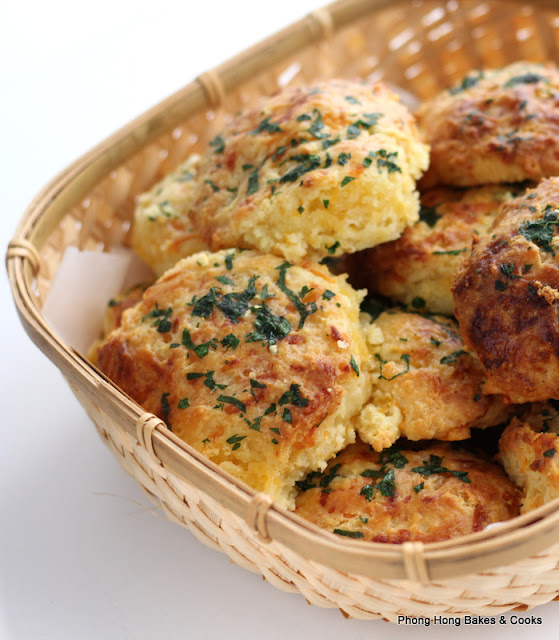 Well, I am not very familiar with pastry making, you know, rubbing cold butter into flour and all that jazz. It's one area of baking that I am not comfortable with, just like baking bread and buns. I much prefer cakes, muffins and cookies where the proceedings is less fussy. 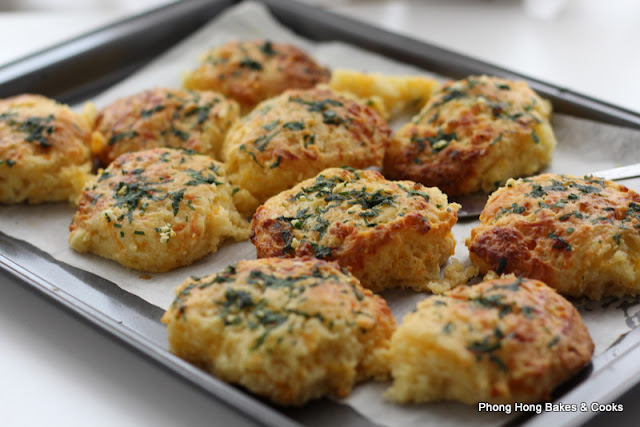 After mucking about with the butter and flour (using two forks), I poured in the whole cup of buttermilk. I seemed to have left my common sense in the garden and should have known that the amount of liquids varies in different situations. One cup may have worked for Sally but not for me.

So I ended up with a very wet dough. Again, my faculties  failed me. I could have have added more flour to save the situation but I did not. Crap!

So this was how it looked like after I cut the sticky wet dough with a cookie cutter and placed them on a lined tray (with much difficulty). Messy, messy, sticky, sticky.

Miraculously, the wet biscuits rose in the oven but I had to return them to the oven again after discovering that they were still a bit raw on the inside. 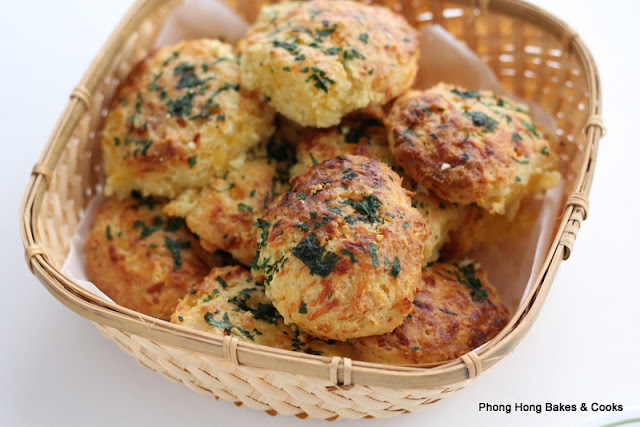 Well, they don't look too bad, eh? Not such a disaster after all. As for taste, I thought they could use more cheddar cheese and less salt. I would also omit honey as I could smell it even though only 2 teaspoons went into the dough.

Texture wise, they were crusty on the outside and tender inside but I could taste flour. Obviously, I didn't quite get it right. But never fear, they will be a re-attempt real soon.
Posted by PH at 07:57

Email ThisBlogThis!Share to TwitterShare to FacebookShare to Pinterest
Labels: Biscuits