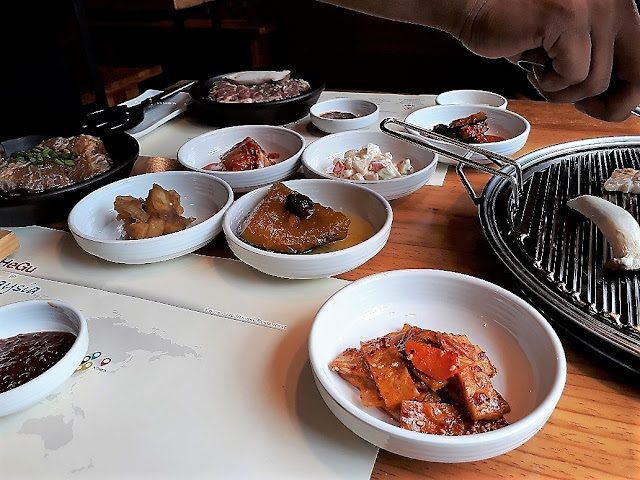 Another Korean restaurant opened in Damansara Uptown recently. So I went to do a survey and promptly alerted my brother and we invaded the outlet one Saturday for an early lunch. 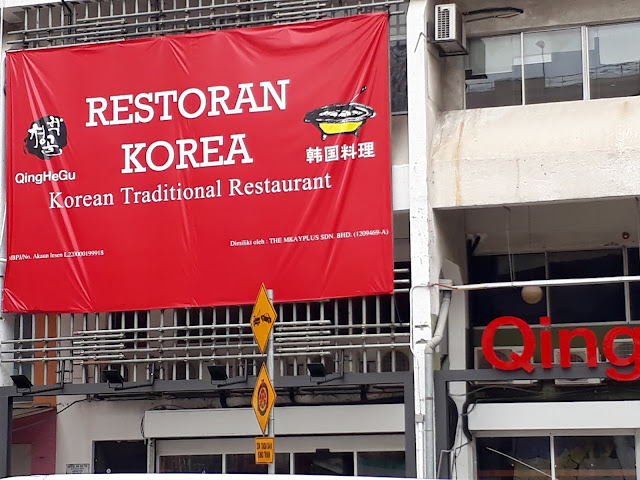 It's called QingHeGu and is somewhere along the same row as Standard Chartered Bank. Looking at the menu, there are many sets to choose from and we took the easy way out by opting for a set of 3 meats - pork, beef and lamb.

The first thing we were served was this bowl of soup. It came chilled. Very cold, which is rather strange for soup. My brother asked the server if this soup is meant to be that way and we were informed that yes, this soup is supposedly good for health.

It had a sweetish sourish taste, like pickle juice. There were some pieces of pickled white radish and Chinese cabbage in the soup along with spring onions and a chili padi. The taste was OK for us, it was pleasant enough but it is rather strange to be sipping on cold pickle juice. So we did not finish the soup. 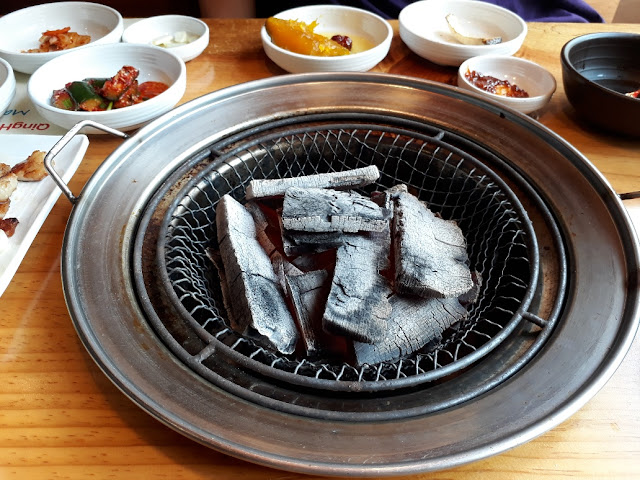 This is the charcoal grill. It was right in front of us and I could feel the heat. Not very pleasant, I'm afraid. Felt dangerous too hah..hah... 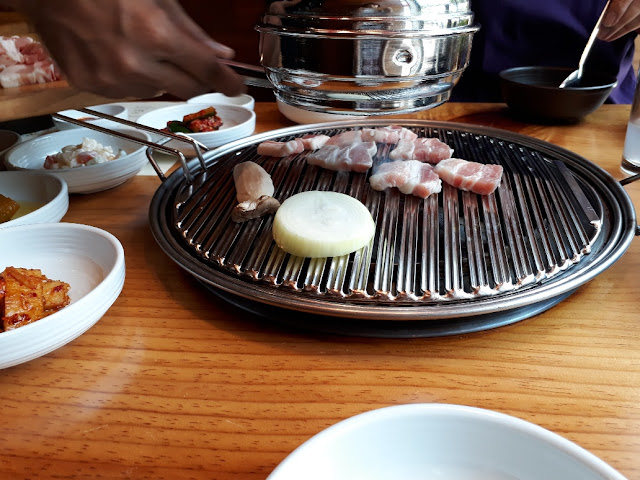 The first protein to be grilled was the pork belly. It was not marinated and it tasted very bland. 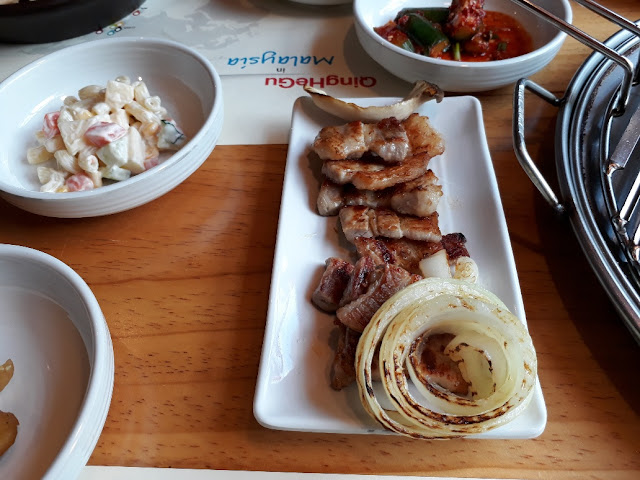 So the chili dip helped make it tasty. They are rather generous as they gave me a more even before I had finished my first helping of chili. 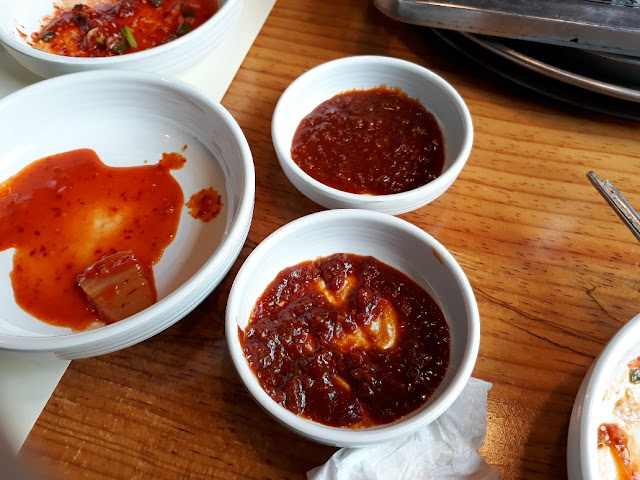 I was too excited and forgot to take a proper photo of the side dishes. 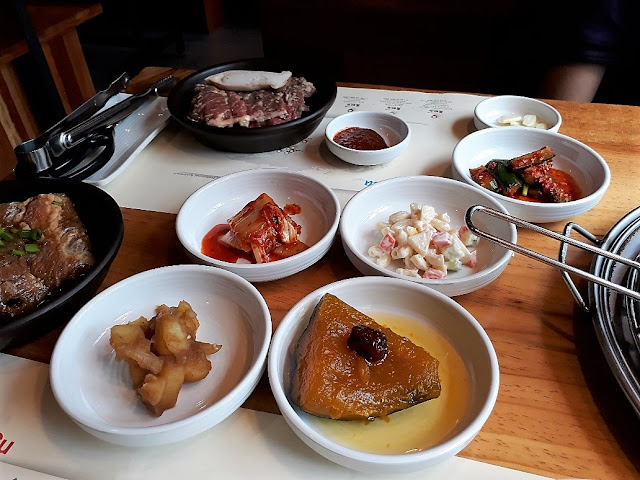 They were all quite tasty and I especially liked the pumpkin which I initially thought I might dislike. 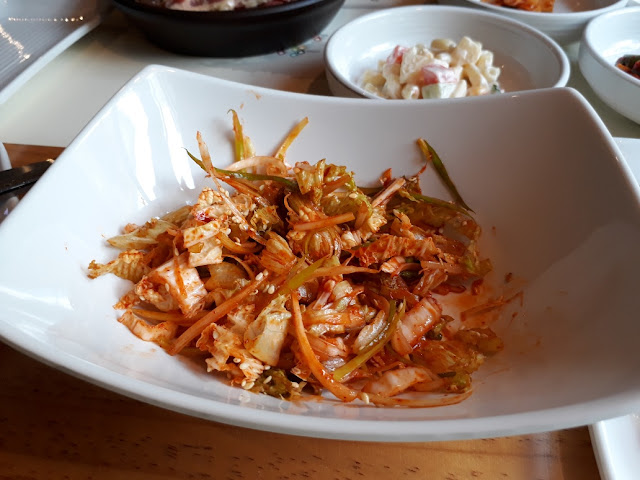 This salad was delicious. I would have asked for top up had I not been so stuffed. 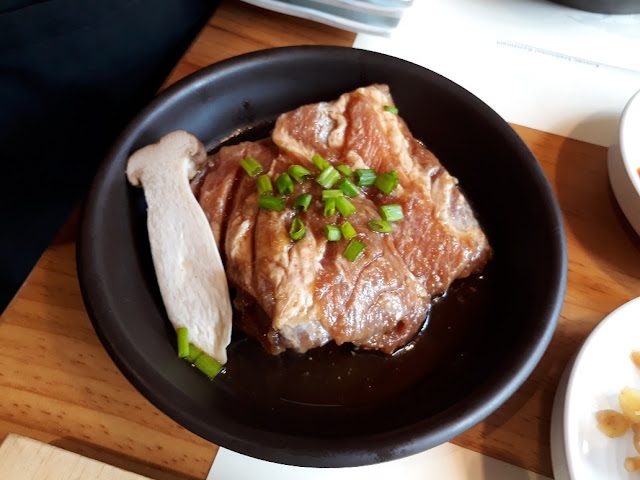 I think this is the marinated lamb. 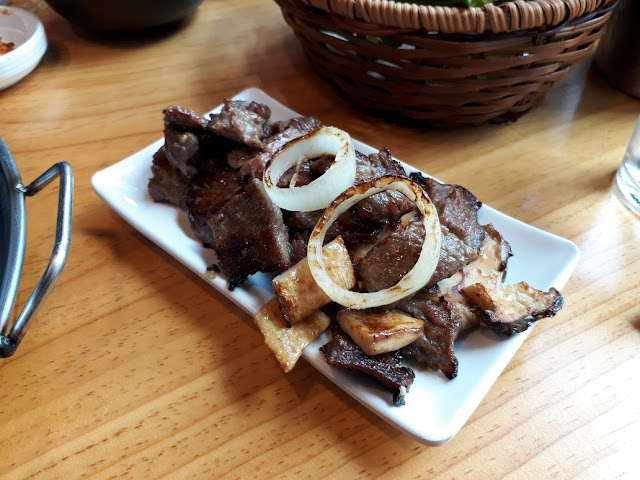 It was outstanding. Way better than the oinks. 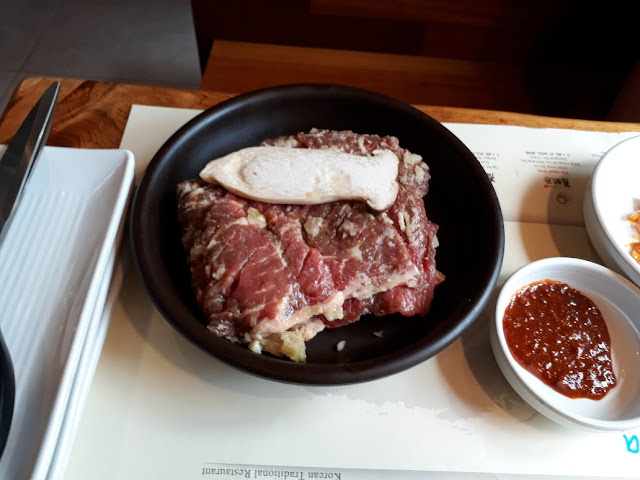 The beef was equally good. So these would be our choices on our next visit. 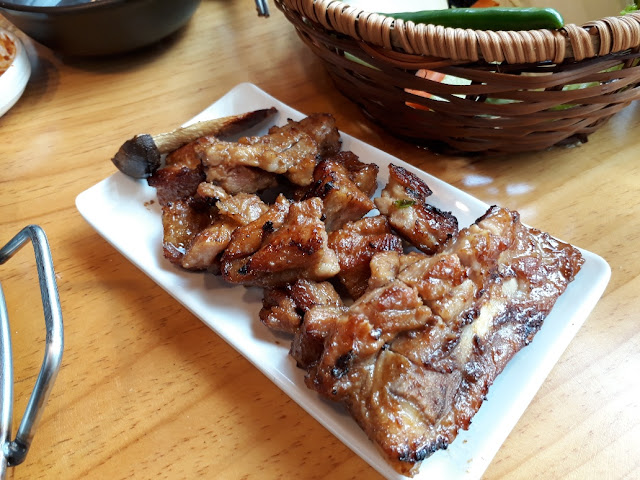 We were also served with a basket of raw veggies to accompany the meat. 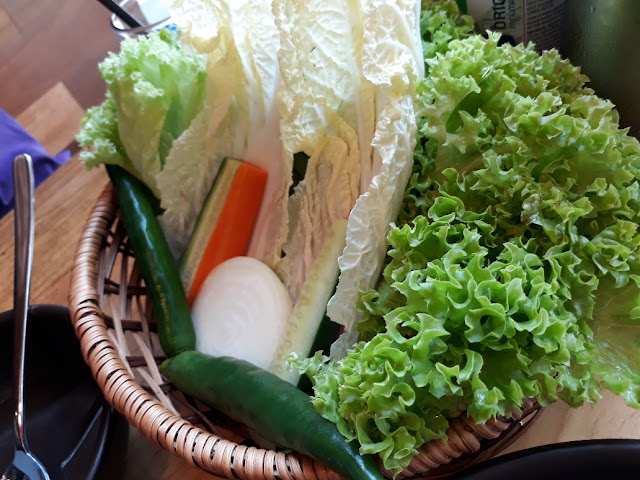 We only touched the green lettuce and cucumbers. I have never eaten raw Chinese cabbage and I was not about to try. I love green chilies, but how ah? Do I bite into it? If they were sliced, they would be all gone hee..hee... 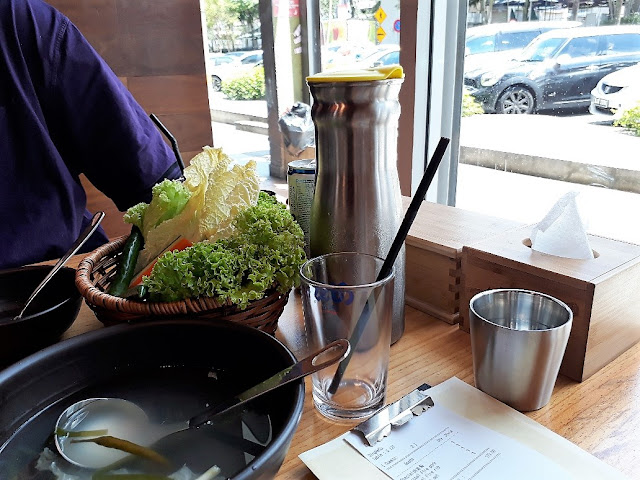 We were given a jug of iced water so I did not order any drinks. I would say that I enjoyed the food and there will be  a revisit in the near future. Thanks to my brother for the treat!
Posted by PH at 08:16