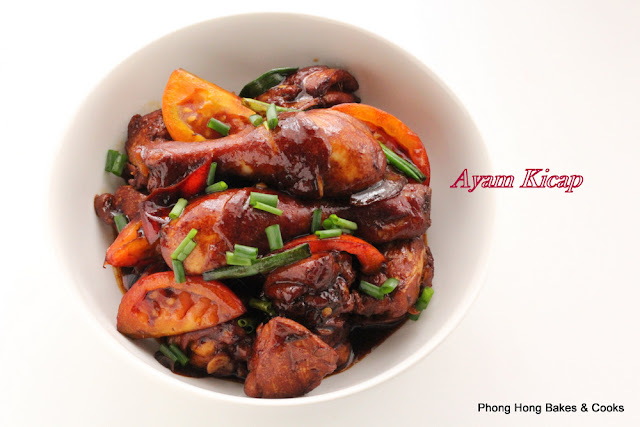 What to cook? What to cook? Sometimes that happens even though I have almost 100 cookbooks and printed 5 folders of recipes from my fellow bloggers. Hah!


So why does that happen? I look at a recipe and then I go, bah! too complicated. Then I move to the next one. Aiyo, got to deep fry the chicken. Lazy lah. Next. Aiyah, no lemongrass. Next. Adoi, got to pound rempah. And this goes on and on and on. 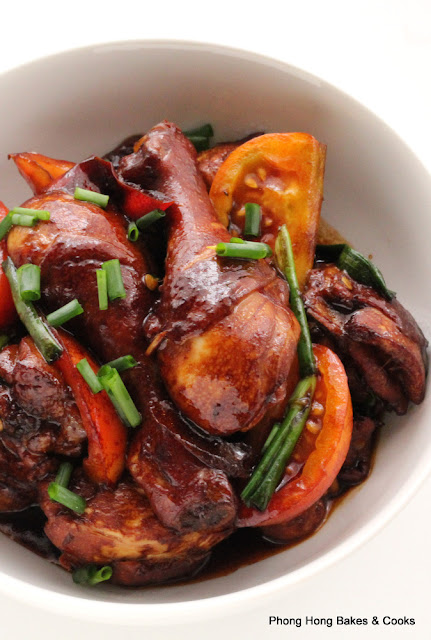 Then I settled on Kak Liza's recipe for Ayam Kicap from her book Senangnya Memasak Ayam. Why was this so appealing? Well, no need to deep fry the chicken, no need to pound any ingredients. 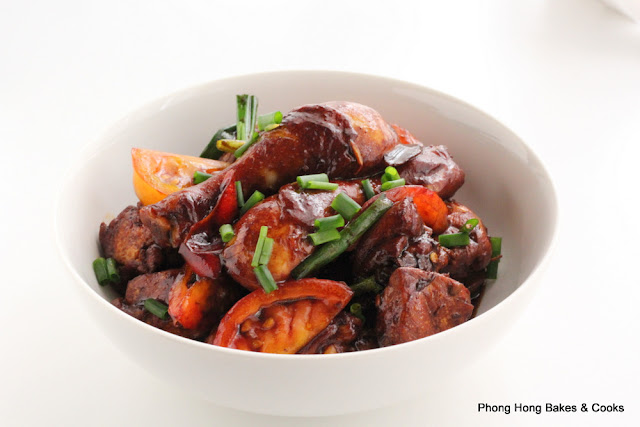 Well, the simplicity was deceiving. Why? Because it tasted bland. Why? Because there were issues with the recipe, attributed to poor editing on the part of the publisher. I'm guessing the editor is someone who does not cook or wasn't paying attention. 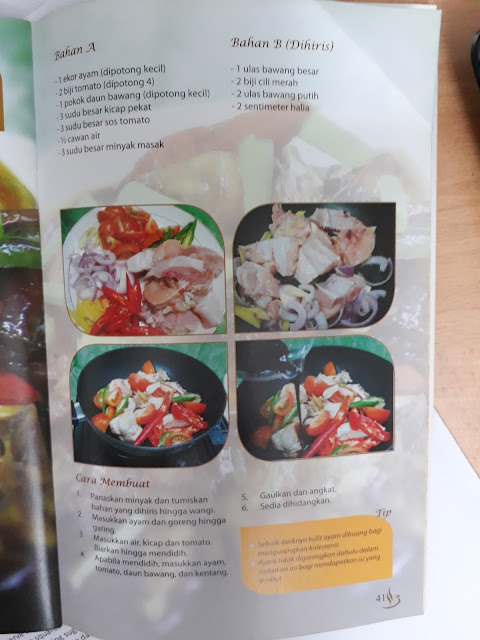 Well, I should have known better. Taste, taste, taste! Depending on your brand of thick soya sauce, you may have to add some salt or light soya sauce for more flavor. See, I am not that good in cooking after all😝

Method :
1. Heat oil in pan and saute sliced onion, chilies, garlic and ginger until aromatic and wilted.
2. Add chicken and stir fry until chicken changes color.
3. Add thick soya sauce, tomato ketchup and some water.
4. Stir to mix and simmer until chicken is cooked.
5. Add sliced tomatoes and spring onions. Give a quick stir and dish out to serve. 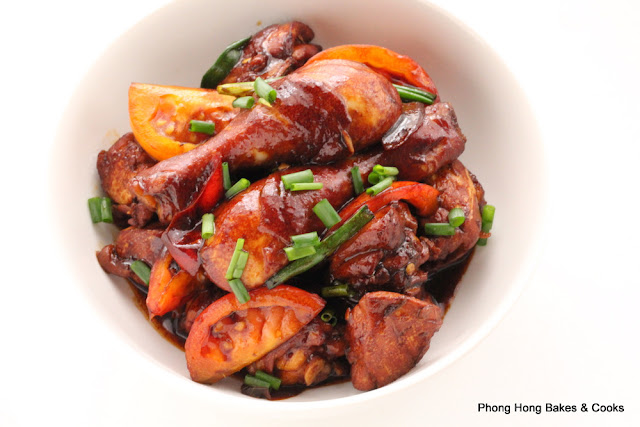